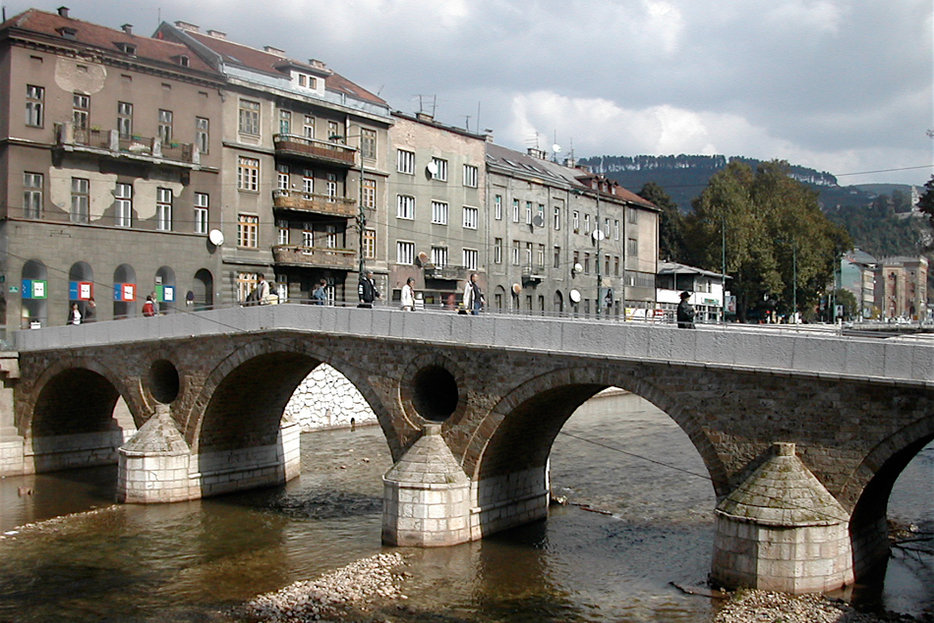 Sarajevo was a funny, ambivalent kind of place during the week surrounding the 100th anniversary of the assassination that got the ball rolling on the First World War.

It was, potentially, the biggest tourism draw the city had seen since the 1984 Winter Olympics: an event of global interest, the kick-off to five years’ worth of centenaries commemorating the losses and victories, the deaths and outrages that ended two centuries-old empires and drew the borders we still mostly recognize across the map of Europe.

The biggest thing planned had some real symbolic value: a concert by the Vienna Philharmonic, with a setlist including the Bosnian national anthem, Haydn’s “Emperor Quartet,” written for a Hungarian nobleman, which contains a quote from a previous work he wrote called “Gott erhalte Franz den kaiser,” or “God save Emperor Franz,” as well as Beethoven’s European Anthem as arranged by one of Vienna’s most famous conductors, Herbert von Karajan. Vienna was, of course, the seat of the Austro-Hungarian Empire, where Franz Ferdinand would have take up his throne a few years later, had his car turned a different direction that day, or if Princip had missed.

The other big deal was the premiere of Bernard-Henri Lévy’s play, Hotel Europe, before it moved to Paris. Tickets weren’t easy to get for either.

On June 27, the day before the big day, I got a tour around Sarajevo from Nermina, a guide with Insider tours, whose offices are directly across the street from the spot where Princip leapt out of his cafe when the Archduke’s car unexpectedly took a wrong turn away from the Latin Bridge. The theme of the tour was World War I—that’s why I’d come, after all, and booked my hotel about 30 metres from that same site. I’d been learning about June 28, 1914, since Mr. Faulkner’s class in Grade 9; the Dreadnought and Jutland, Verdun and Vimy all had a faint glow back then, when it wasn’t entirely unusual to run into a veteran of that war. That fascination lasted into university, when I discovered the writers—Sassoon and Graves, Owen and Remarque. I was never able to see the generation who died of AIDS in the 1980s and ’90s, like Feinberg and Monette, as anything but a replay of that earlier lost generation of men.

And this was where it all started.

Nermina, who’s 28, took me to the museum they’ve made out of Princip’s cafe, and to the last cafe the Archduke went to, in the lobby of the Hotel Europe a couple hundred metres away. We had a Bosnian coffee there (like Turkish, but they fry the coffee grounds before adding water), and talked about the war. Princip was a criminal, she said, and it was another crime that anyone ever made him into a hero, as the socialists did after WWII. The hotels were all filled up, she told me. There was a lot of media there, but also professors sitting on panels, Great War enthusiasts. And the tours were booked solid.

After coffee, she took me back to the bridge and showed me a concrete bench built into it dating from the Yugoslavian period. It was meant, she said, to encourage people to sit and look at the site of the shooting and ponder whether they would have the courage to do anything as noble.

We walked up the street, past the restaurants in Old Town towards the cathedral. With nothing of Great War significance to talk about, we chatted. Had she always lived in Sarajevo? Yes, always—even through the siege. She was one of the few, she said. Her house, where she lived with her parents, wasn’t far from the old town. Does she remember much from that time? She was 7 and 8, she tells me, and remembers plenty.

We got to the cathedral.

In front of it, I saw a splatter pattern in the concrete of the square, indentations painted red. “We call those Sarajevo roses,” she said. A lot of them are faded now, and many have disappeared with road improvements, but there are still a few around. They’re the spots where mortar shells landed, the splatter pattern the damage done to the pavement, the red to commemorate that five or more people were killed. The ones they chose to paint usually involved children, she tells me.

We walk back towards the river and she tells me how the Archduke rode in his car all the way from where he was staying in Illidza, a leafy suburb with hot springs and grand old hotels about 40 minutes from downtown. It was a big, long day for him, and his possibly pregnant wife Sophie (in my experience over the past couple of weeks, Bosnians say she was pregnant, as much as eight months, while Serbians say Bosnians just say that to make Princip seem more evil). Nermina had all the details, composed into a compelling narrative, and I loved hearing it in all the spots where the events actually happened.

But other than the assassination, not much happened in Sarajevo during the war, so our patter often turned to chat, and chat turned back to the siege.

“For four years I couldn’t play,” she said, in what sounded very much like an analysis hard won but rarely shared among peers for whom it’s too obvious to bother enunciating. “It was depressing in the basement without electricity, I couldn’t go out and play like normal kids. So now, I’m too childish for 28 years, in private life. There’s definitely something wrong with us, and we don’t speak about that.”

She remembered one day in particular.

“My father, he passed away last year, he never liked to talk about the war. He worked for the army, picking up corpses, like a morgue. One day he came home during the day and squeezed me so tough, the bruises remained. I asked him, ‘Why are you doing that?’ He said, ‘I picked up a corpse of a little girl that looks like you so I just came home to hug you,’ and he went again.”

As the tour was winding down, I asked about one place of more recent historical interest that I had heard of, Sniper Alley, ulice Zmaja od Bosne, a main thoroughfare with higher than average buildings used by snipers during the war, and whether we had time to see that. She pointed behind us. “It’s over there,” she said. We walked in the other direction.

When the tour was over, I walked past the assassination spot on my way back to my hotel. There was a vintage car there, and two people dressed up as Franz Ferdinand and Sophie in the back, smiling. People were having their pictures taken, most of them speaking Bosnian. I think Sophie had a parasol. I can’t remember if she twirled it.

The next day, I got a call from a friend of mine who lives in Sarajevo, Goran, a poet. He was going up into the mountains, and did I want to come along? It was the centenary that I’d come for, so I told him no. I’d already asked him what he thought about it all. “Nonsense,” he said. He’d lived here during the siege, too. When he heard on the radio, in August 1992, that the Serbians had begun shelling the national library, he hopped in a truck, drove down, and started hauling books out amid the fire and the mortars. He told me he figured he managed to save a few hundred over the course of a couple of trips. A plaque on the reconstructed building, which re-opened in May, says two million books were burned by the “Serbian criminals” who destroyed it.

I left my hotel and went out to the corner. There were a couple hundred people there, gathered around the now empty old car, taking selfies. Someone in sandals was waving a big flag with a red lion on it.

I called Goran. He hadn’t left yet. He picked me up in front of the National Theatre, and we spent the day in the mountains just outside town, drinking rakia, eating meat, and sitting by a stream, clearing branches out of it, talking about sex and rent. 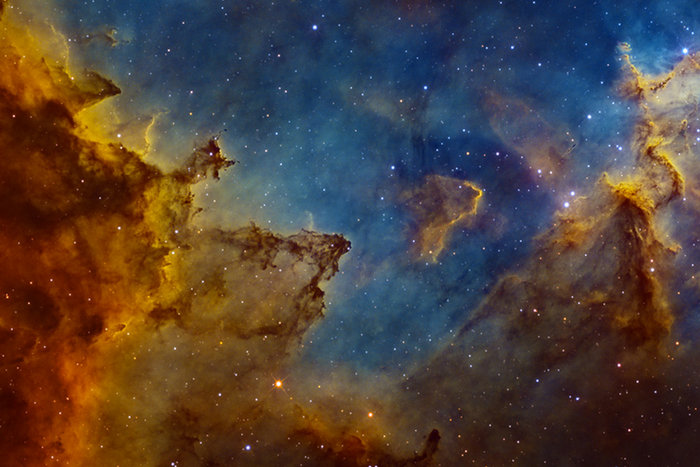 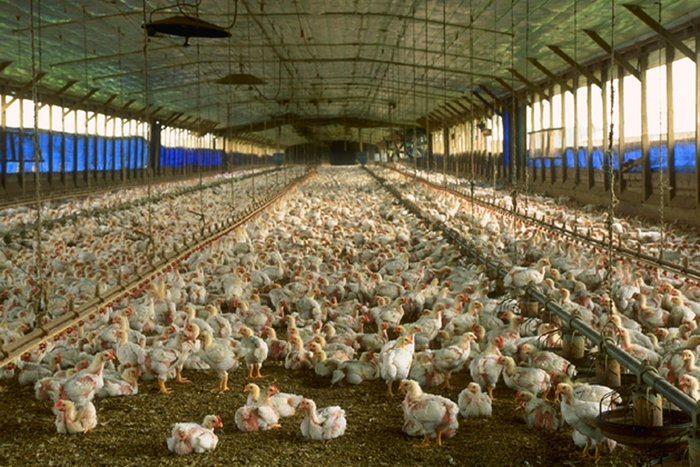 Technology
The Great Indoors: Your Next Farm