The Quebecois director talks about his film, Tom at the Farm, how his work is received in America, and why never actually gets around to watching movies. 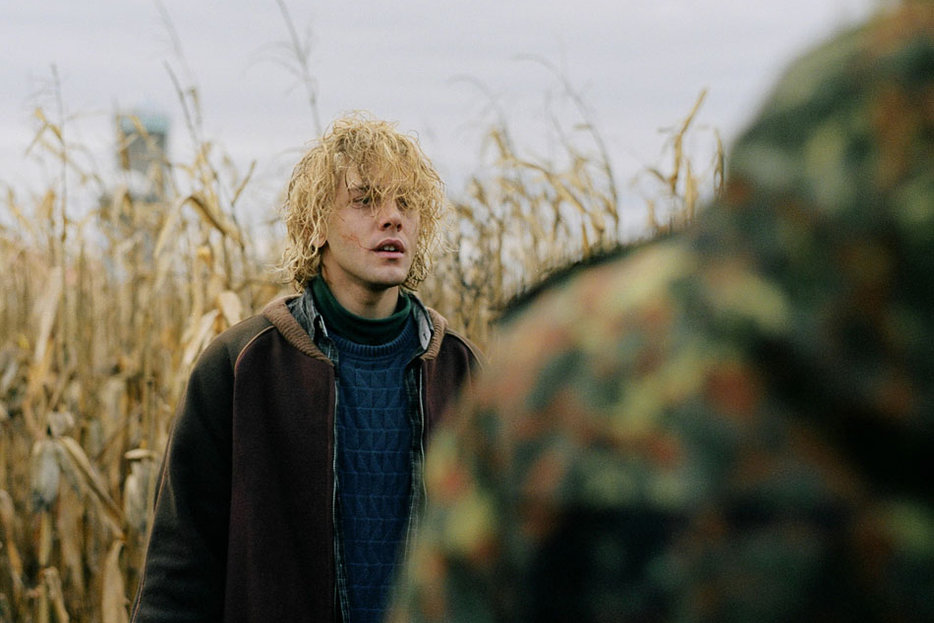 From Orson Welles and George Lucas to Martin Scorsese, the cinema has a long tradition of encouraging and enabling precocity. Yet even among the pantheon of notoriously vernal auteurs, French-Canadian actor, writer, and director Xavier Dolan is an extraordinary case. At 24, he is no longer the youngest filmmaker on the festival circuit. But how many directors at that age have matured as quickly and embraced such a variety of styles and themes? Tom at the Farm is already Dolan’s fourth feature film, and if it’s not quite his best—to my mind that honor remains with his previous effort, the sprawling transgender epic Laurence Anyways—it is nevertheless his most sophisticated and assured, the work of an artist fully in command of his craft. This week the film begins playing select theatres in Canada.

Hazlitt sat down with Dolan before his Tom’s North American premiere at the 2013 Toronto International Film Festival to talk about America, queerness, and why he somehow never gets around to watching movies. Dolan has developed a reputation for being occasionally confrontational with the media, and though our chat was more than pleasant, he couldn’t resist beginning with a point of possible contention. (Ed. note: This past weekend Dolan was awarded the Jury Prize at Cannes for his film Mommy; he shared the prize with Jean-Luc Godard, about whom he has a few things to say below.)

Xavier Dolan: You hated it.

The film? No, not at all. I liked it very much.

I’d be afraid to read your review if you hated it.

I don’t think I’ll be writing about it until it gets released in the States, either way.

So in five years.

That’s what I assumed. Somebody asked me if it was going to be released in the US soon, and I told them not to expect it until probably 2015, as usual.

To be honest, no, not this time. We’re looking to secure distribution now, which is good. It’s been ground zero for me in the States, what with Laurence Anyways performing so badly this year. Nobody in America knows who I am.

The films have been critically well received, though.

They’ve been well received, sure, but the motivation for making movies is that people actually see them. I mean, Laurence was very warmly received by American critics. I read all the reviews, including the negative ones, and it’s been very inspiring to read such fine pieces of criticism. I’ve not seen this anywhere else in American criticism. I’ve never seen such a thorough analysis of a movie from people who don’t even like the film in some cases. People were working through the social implications, and about what the film has to say. I was flattered that people would take the time to think about the movie even if they don’t care for it.

I think your films have a certain richness that’s obvious even if people don’t particularly respond to them. They are hard to dismiss. How do you think people will respond to this film?

People tell me the movie is going to be divisive, but I have no idea why. It’s a classic thriller. This screenplay is Syd Field-approved—it couldn’t be more classical. There was no place for ego or for visual liberties. First of all, I had no time—we shot this in 17 days. We had no money. What could I do? And then I stumbled upon the making-of documentary on the DVD for Sidney Lumet’s 12 Angry Men. Obviously that small, confined space where the film is set [a sequestered jury] meant there were all kinds of limitations, but they found ways of showing a progression visually, conveying how it would all unravel just through the use of close-ups and framing. And so I decided to do the same kind of thing, increasing the use of the close-up as the film goes on. The only other trick I used was to change the aspect ratio during certain sequences.

And what was the significance of that for you?

It sounds stupid to describe it. What do you think it was?

Obviously it comes at moments when the characters feel trapped, so I suppose it reflects that feeling.

Yes. But you know, I think it’s okay to be banal sometimes. Some things just work. If you feel they do, keep them.

I think some things that sound obvious when described have a certain elegance when conveyed visually.

And the movie isn’t exactly showing off in those moments, either. There’s no cerebral intent, it’s just a matter of having fun. We’re trying to play with the grammar a little. The film is purged of my usual stylistic tics, because there was no place for anything like that. I mean, could the movie bear a slow-motion sequence in the fields, set to a Swedish pop song? Actually… that would kind of be great, but it wouldn’t be the same movie.

It’s a lean film, especially compared to your earlier work. And yet there’s a very palpable atmosphere at play.

It was pretty much decided beforehand how the movie would feel and how it would look. I wanted a no-look film. Which is not really how it turned out in post-production when we started to get excited with color timing. But when we shot the film, it was meant to clearly look like the bland 2000s—not the ’80s, not the future, but just the 2000s. There’s nothing more impressive than that because it’s populated by these no-name decorations, and all of this no-name clothing. It’s a world of blonde wood. It’s so depressing. There’s no style. I didn’t want to have the Days of Heaven barn. We’re not gonna shoot at the magic hour. I wanted it to look ugly and real. And it can be a little cerebral to start thinking about that, because then you’re talking about the aesthetic of ugliness, I guess. But I restrained myself in every possible way. For example, it’s very trendy right now to shoot with very little depth of field, but I insisted against it—I didn’t want that creamy blur. I just wanted it to be ugly. I wanted it to be weird. I wanted it to be tense and scary.

It’s not a horror movie exactly, but obviously at some point you’re going to be wondering what’s happening and you have to fear for the character’s life, or else I’ve failed dramatically.

The question should be: who is going to die? I’d never seen any Hitchcock movies when I went to make this movie.

No! Everybody compares the movie to Hitchcock, but I’d never seen any of his stuff. I’ve never seen so many important movies. My culture is just so fucking stranded. Everybody is under the impression that I’ve seen so many movies. I started watching serious movies when I was 16, and went on until I was 18, and then I started making movies 24/7, one movie a year. When could I possibly watch movies? I’ve seen many movies from the ’90s, or when I was a kid. And I do go to the movies now. I keep compulsively buying movies, from like drug stores or gas stations on highways, but I don’t watch them. I have this massive collection now, but it’s all so phony. The point is, it’s possible for me to make this movie without having seen any Hitchcock, the same way I’ve not seen any Tarkovsky, or any Fassbinder…

And you get Fassbinder comparisons a lot.

I get compared to Fassbinder all the time, though hopefully without the cocaine addiction and the weight.

I’ve seen maybe two Godard films and I really don’t like them.

I thought maybe Gabriel Yared, the composer you worked with on Tom at the Farm, was chosen because he worked with Godard on Sauve Qui Peut (La Vie).

But he also did The Talented Mr. Ripley and the The Lives of Others, and a million other things. What I liked about him is that he’s not a score guy, he’s a composer. His music is insane. The trajectory of his reasoning is so extravagant. You’ll tell him, “That’s a very audacious African instrument that hasn’t been used in 20 years, are you sure you want to use it?” And he’ll say: “Oh, what instrument?” Sonically, it’s very impressive to me. When I heard the score, I thought, Wow, it’s a real score.

This is the first film you haven’t loaded with pop songs.

You don’t want to just play by your own rules, as if you have a signature. I want to look at a script and ask what it needs, and Tom needed severity. I saw the blonde hair and the blonde fields, and a kind of feral or masculine look to the landscape, even though the film is sort of queer. Though for me, it’s not actually a “queer film.” I hate when people say that. I think it intends to be a sort of psychosexual thriller, but it’s more about the violence we feel and the intolerance, more than simply homophobia. It’s not homophobia so much as the loneliness we feel in the city or the country, and the way we live it out or express it. It’s about how we bridge that ever-growing gap between city and town.

Is the film trying to articulate something about rural life? Perhaps something negative?

For me it’s about such a specific family, and such a specific and isolated case of insanity. I was brought up in the country, on a beach. And then in the Montreal suburbs. I do not have an opinion on people from the farm. I’m not a fucking townie saying, “Oh, people will hurt you out there!” I’m not a Rufus Wainwright song, is what I’m saying. Intolerance is everywhere. You can get the shit beaten out of you in broad daylight in Montreal, and we’re a pretty goddamn tolerant city. It’s not a take on the urban/rural thing in that way. There’s a lot of loneliness. The loneliness you’ll find in the city and the country have a lot of similarities, and they collide in Tom. It’s not a movie on homophobia and it’s not a movie on the fact that whenever you step out of town you’ll find homophobia or intolerance. The play it’s based on is about this character going to a specific farm, not “the farm” as a stand in for all farms. I know people will see it that way. They’ll think it’s prejudiced or contemptuous, but you know what? I really don’t give a shit. 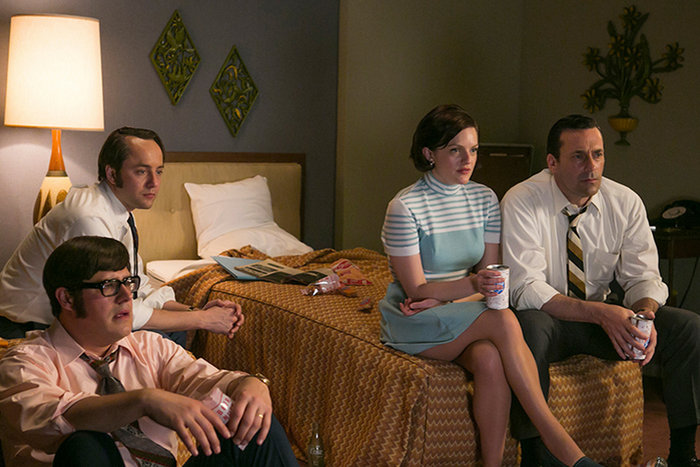 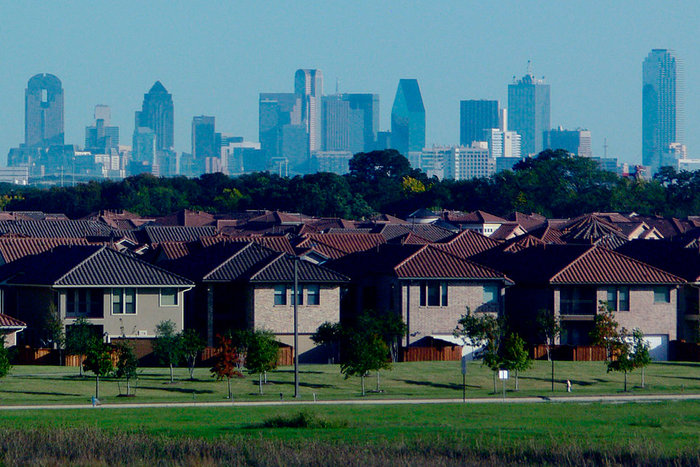 Falling In and Out of Love: On Jean-Luc Godard (1930-2022)
Abhrajyoti Chakraborty
'Hope is an Elusive Quality': An Interview with John Irving
Haley Cullingham