When the Artist Has Too Much Fun

César Aira writes practically off the cuff, creating narrative puzzles for the fun of solving them. Should his readers feel tricked? 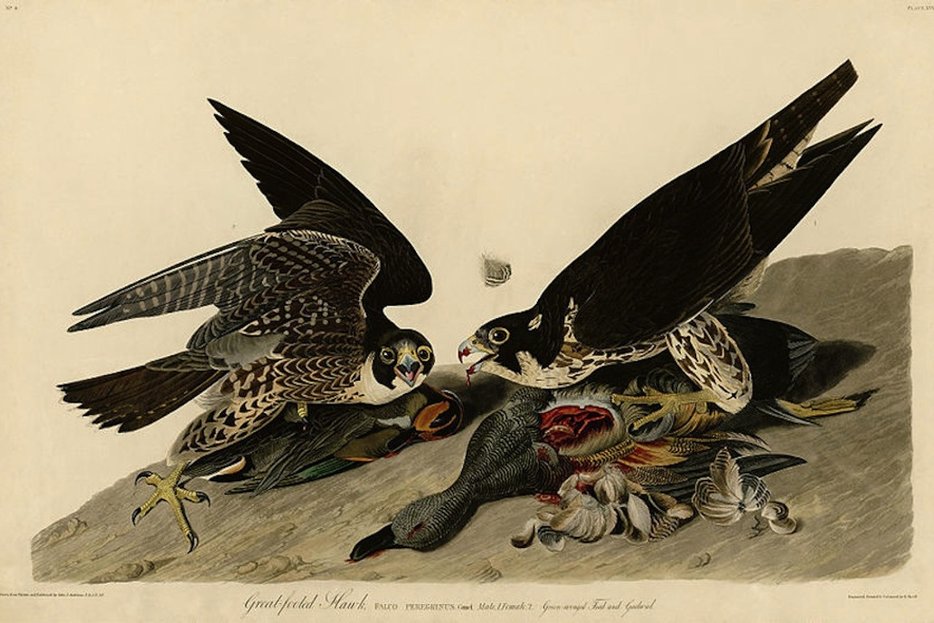 Like a gambler, the writer has a system. James Joyce wrote most of Finnegans Wake in crayon. Victor Hugo would lock his clothes in a trunk to avoid the temptation to go outside. Gay Talese writes on the cardboard sheets used for packing men’s shirts, then, when it comes time for revision, tapes them to the wall and studies them from the other side of the room using binoculars. If nothing else it confirms what all writers know, which is that writing is horrible and unnatural and can only be achieved through some act of neurotic voodoo. But as with the gambler, if the system works once it will be repeated.

Sometimes, if things get out of hand, the system will develop into an aesthetic philosophy. This is the case for Karl Ove Knausgaard, who, somewhere along the line, decided to write down everything that ever happened to him from birth on, in the hopes that literature would emerge. This is the equivalent of placing chips on every square on the roulette table: a brash move, but so far it’s paying off. And then there’s the Argentine writer César Aira who, as if he might already be a character in a Borges story, comes from a town called Colonel Pringles. He writes fiction, over 80 books so far, most under 100 pages each with only a handful translated into English. He does most of his writing in cafes, always with a Mont Blanc pen on the same brand of paper the Argentine mint uses for printing banknotes.

“So,” says Aira, in a rare interview with Bomb magazine, “I’m showing off my frustrated vocation as a visual artist. For me, writing bears a resemblance to drawing.” And from there things get out of hand: he doesn’t plan his stories in advance, but rather follows his imagination, picking up where he left off the day before, always moving forward, never revising, creating narrative puzzles on purpose for the fun of solving them the next time he sits down to work. He may write every day or take a break for weeks or months until he comes up with a new idea to advance the story. The result is like a house of cards that could, and probably should, tumble at any moment but somehow doesn’t. It’s not so much a system as an ideology: writing becomes an act of pure faith.

So, for example, a bird flies into the cafe where Aira is writing and he includes the bird in his story (this actually happened). Any moron with a Mont Blanc pen and a stack of fancy paper can put a bird in the story, but Aira forces it to do some work. “[I]f I’m writing a scene about a couple, a marital spat in a house with closed windows and doors,” he says, “I find a way for the bird to have a reason for appearing in the story. It could be a mechanical bird designed by a man who was the woman’s first husband, whom her present husband thought was dead, but the engineer faked his own death to escape justice—he had invented killer mechanical pigeons. He continues to live under a false identity, and she’s discovered him and is blackmailing him…” and so on. It is not so much stream of consciousness as it is a stream of idiosyncratic, fluent imagination that insists on making sense despite the strange places it goes.

The main worry I have when reading Aira is that the seams will show, that I’ll be able to spot the point where he set himself an absurd task and didn’t quite pull it off. It does happen. In Conversations, the most recent novel to be released in English, the hero recalls an exchange he had with a good friend about an adventure movie they’d both watched on TV but of which, between them, they’d only seen bits and pieces. The narrator is troubled by what he considers a glaring continuity mistake in the film: a poor mountain goatherd is seen to be wearing a gold Rolex watch. His friend doesn’t see this as a problem.

The book is not about killer algae so much as it is about friendship and the narrator’s need to know that his friend is not a moron lest the fact retrospectively ruin all the conversations they’ve ever had.

It is, given the plot of the film, a brilliant stroke of verisimilitude on the part of the filmmaker: the Rolex is just the kind of watch a famous actor like the one who plays the goatherd would wear. They argue, make their cases based on scenes they saw but the other didn’t (because he was called to the phone or had to stir a pot on the stove), scenes involving a plane crash and a CIA mission to study the effects of an ancient but dormant undersea killer organism that may take over the world.

The book is not about killer algae so much as it is about friendship and the narrator’s need to know that his friend is not a moron lest the fact retrospectively ruin all the conversations they’ve ever had. Aira sets himself the task of solving the misunderstanding, through flights of fancy and impossible plot twists, some of which are as transparent as a bad made-for-TV movie: it can get distracting. I get to the part about the killer algae and think, here’s something that just popped into his head out of nowhere so he’s putting it in the book. No, forcing it into the book, for fun, to see if he can make it work. Which he does (by reminding us that Hollywood films are capable of anything, if there’s a commercial payoff at stake), and yet it sticks out as a narrative seam. The question then arises: who’s this book for? For me, or for the writer who’s having the time of his life?

An Episode in the Life of a Landscape Painter from 2000 begins as a short, imagined biography of a real 19th-century German artist named Johann Rugendas who traveled through South America to record impressions of the land on canvas. But then Aira puts Rugendas at the heart of a sudden storm, has him and his horse struck by lightning (twice, in a literally hair-raising scene), which causes Rugendas to be horribly disfigured, after which he must wear a Spanish mantilla, or veil, to cover his shame, which changes how he sees the landscape and therefore how he paints. Themes cross each other like hot wires: random events connect. In the end it becomes a story about art and the artist’s vision, but all we know is that when Aira sat down to write it he had no idea where it would go.

And so really it’s a story about chance and how it affects the artist’s vision, and is therefore as much a story about César Aira as it is about Johan Rugendas, and reads as if it was planned in advance, which it wasn’t. In a way it is like enjoying a painting and then learning it was done by an elephant: do the methods really matter if the end result works? Still, it can feel like a betrayal of what a novel is supposed to be: built according to a blueprint by some master architect like Thomas Mann or Dickens who know where every door jamb and load-bearing wall is supposed to go lest the whole thing collapse on itself. Authorial sweat equity is implicit.

Making a book up as you go along sounds lazy, but as William Empson points out in 7 Types of Ambiguity, a 1930 study of poetry and why it works and why it doesn’t, Shakespeare did it all the time: surprised himself with an image or word and followed instinct over design. So maybe I’m the one who’s lazy, rewarding conservative architecture because I’m more likely to get it. I don’t get César Aira’s books, but it took me awhile and a few re-readings to figure out I’m not supposed to. I’m only supposed to remember them.

The effect of reading Aira is a kind of shared giggle with its creator, who seems to be enjoying himself. Any why not? James Joyce wrote with crayon because he was, in fact, half blind, and the big colourful letters got him over a technical obstacle. His system was practical: a necessity given the serious work of creating serious art. Aira’s system, by now more a philosophy, is a rare thing in fiction: it gives the author the means to make writing itself less horrible. The man is having fun. So will the reader, once he gets over himself. 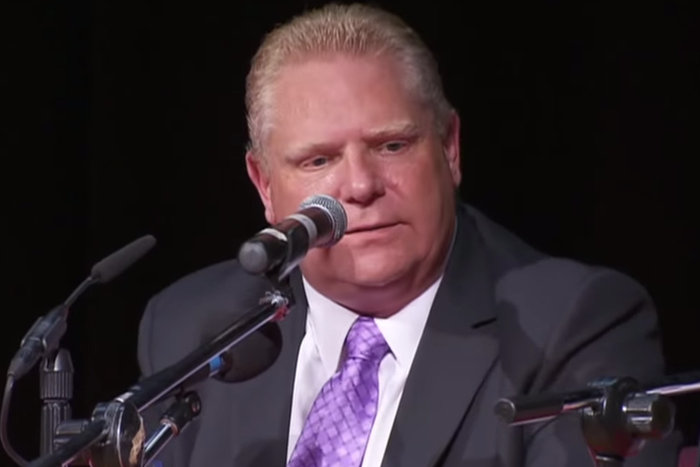 Politics
The Case for Doug Ford
There are mayoral candidates in Toronto who care about the city, genuinely want to improve it, and, most of all,… 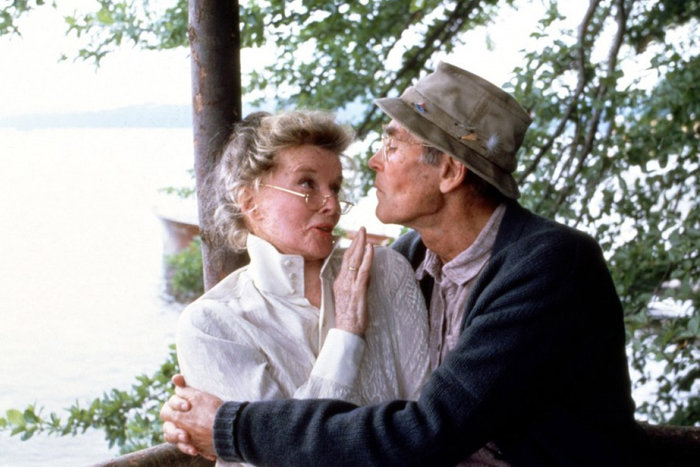