What Is Given, What Is Earned

Discovering the balance between grace and effort in Philip Pullman’s His Dark Materials trilogy.

Angela Chen is a science journalist at The Verge. Her reporting and essays... 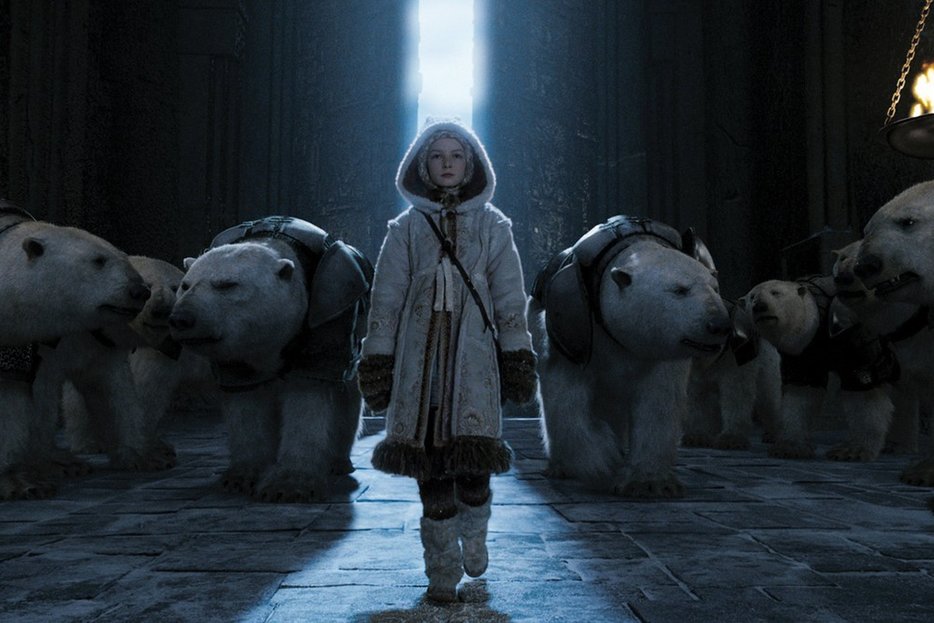 The ending of my favorite children’s book is one many would call bittersweet: the heroine loses a power that made her special. Lyra Belacqua is the the protagonist of Philip Pullman’s His Dark Materials, a trilogy of fantasy novels that retell John Milton’s Paradise Lost. Lyra could once interpret the symbols of the alethiometer, a compass-like device that reveals the truth. It is a rare and valuable gift. By the end of the series, it is a gift she no longer possesses.

Lyra is afraid, and so she asks the angel Xaphania why she has lost the power. Xaphania’s answer is not satisfying. “You read it by grace, and you can regain it by work,” the angel responds—but it will take a lifetime.

“But your reading will be even better then, after a lifetime of thought and effort, because it will come from conscious understanding. Grace attained like that is deeper and fuller than grace that comes freely, and furthermore, once you’ve gained it, it will never leave you.”

I was ten when I first read this passage, and to me, it was only just that such a gift would be revoked. I had long been taught the value of hard work and conscious understanding—from parents who preached that passion was unsustainable, from teachers who stressed that discipline will carry you when talent reaches its limit. That passage strengthened many of my deepest suspicions: that you have to pay your dues and suffer, that skill attained “after a lifetime of thought and effort” is the most valuable, and, crucially, that what comes freely is suspect because it can so easily be taken away.

It’s a reading that Pullman himself champions. Grace is the joy of innocence, he writes, while wisdom comes when we attain consciousness. Conscious understanding is a more difficult and uncomfortable state, but is to be prioritized because it is stable and true.

I believed Pullman fully for a decade after I first memorized those words. Then I felt grace in a way I never had before. Terrified, I rejected it. In doing so, I realized the limits to what we can build on our own.

His Dark Materials is about the Fall. It reverses Paradise Lost into a story about a girl defying authority. Because it privileges secular knowledge and rationality, the series has been called atheism for kids. Little wonder, then, that grace is seen as suspect.

In the simplest interpretation, grace is the gift, freely given, that you have done nothing to deserve. It is our salvation: “For by grace you have been saved through faith. And this is not your own doing; it is the gift of God, not a result of works, so that no one may boast.” (Ephesians 2:8). Pullman acknowledges its joy, but finds no comfort in what he calls “a mysterious quality which is inexplicable in its appearance and disappearance.” The mysterious, that which is outside the realm of the rational, is not to be trusted.

Within his world, grace is linked to a conscious particle called Dust that powers the alethiometer. The Dust in turn is attracted to Lyra, twelve at the beginning of the series and innocent in her evaluation of the world. It helps her read the alethiometer’s cryptic symbols. Others study for years to have the least flash of insight, but Lyra needs only to “make [her] mind go clear” and “let [her] eyes find the right level.” There is no laborious cross-referencing of appendices, simply a mind gifted with all the answers.

The clarity disappears when Lyra gains something else: love and sexual awakening. Of this, Pullman says that grace and innocence depart together, “but the fact that she can regain it through work and study symbolises the fact that only when we lose our innocence, can we take our first steps towards gaining wisdom.” Only when Lyra loses her innocence can she be wise. Yet the moment she becomes wise, the road ahead becomes more difficult.

The theme of the burden of consciousness is an old one. Here, it’s rooted in “On the Marionette Theatre,” an essay by the German writer Heinrich von Kleist that Pullman has cited as inspiration. Marionettes move by intuition, dancing gracefully and with abandon. Humans, in contrast, are aware of our limitations and our place in the world; we know that others are watching and we know what it means to be dancing. Hampered by self-awareness, our movements are awkward. We lack the perfect innocence of the marionette, but we can replace it with the true skill of the dancer if we try. And, adds Pullman, “working toward that end should be a joyful action.”

I do not disagree. But working toward the accumulation of conscious knowledge does not require the rejection of that which comes to us freely.

Henry and I met when we were twenty-one. After our first conversation, I wrote in my journal, “BE STILL MY FUCKING HEART.” But, below that, I wrote the Pullman passage on grace, a reminder that it is a sly, dangerous thing to be avoided, too good to be true. In the swirl of memories I have around that relationship, a simple one stands out: We were sitting on the bed, watching Scott Pilgrim vs. The World, only I wasn’t really watching the movie, but watching him watching the movie—observing his face in silhouette, trying to memorize the way he laughed, thinking about how long his eyelashes were, and feeling a familiar one-two step of emotions: A deep happiness and then, a second later, a reeling in, a violent attempt to stop that happiness before it grew, because it could be taken away so easily.

I had never been loved like that before. I had done nothing special to deserve it. It was a gift I could not rationalize and thus could not accept. Henry could reassure me, but love is not fully rational. No accounting of reasons seemed to truly explain why he cared for me—and if he couldn’t explain what bound him to me, then there was no way to trust it. It felt like a trick. The relationship ended.

My next relationship was the model of conscious knowledge. We were an excellent match on paper. I used all my intelligence and strove to be kind and reasonable. There was work and there was love; there was never magic. When that, too, ended, I wondered where I had gone astray. I had forfeited the grace of passion for the stability of rationality, just as I thought Pullman had asked. I had distrusted the gift and put my faith in the work—what now?

But the ability to interpret the alethiometer is not the only example of grace. Lyra’s love for Will, and his for her, is also a gift, and one I believe she values more than the intuition that allows her to read symbols. Love is a form of grace that can defy conscious knowledge; this is known to anyone who has failed to love someone they know they should, or been loved and not understood why.

Even as romantic love triggers a loss of innocence, even as Lyra can no longer read the alethiometer, it opens a new world of possibility. After Lyra falls in love, she feels that “inside her, that rich house with all its doors open and all its rooms lit stood waiting, quiet, expectant.” The grace of love does not just restrict her world, it broadens it.

The arrival of grace does come with a loss of innocence, because it forces us to see that so much of what happens is out of our control, and to let go of our childlike belief in our own power. It took more than a decade after first reading Pullman’s passage for me to finally understand how the privileging of conscious knowledge was, for me, a terribly self-serving belief. It centered myself and my own work ethic as master of the universe, helped me believe that I could control everything myself. It granted permission to self-abnegate and blinded me to half the joy of life, the things that come to us when we do not expect them.

The Pullman passage claims that passions can be capricious and that deliberate effort, and work, can bring us to a level of understanding that skating by on pure feeling cannot. All this is true. But the refusal to both accept and value grace also rejects the knowledge that much of the world is out of our control, that you sometimes receive a gift you did not work for and sometimes are punished with hardships you do not deserve.

I wish I could make you see that System 1 doesn’t matter, my new lover once said, referring to a famous concept in psychology: System 1 is the automatic, the emotional, and the irrational way of being; System 2 the rational and controlled.

I shrugged, changed the subject. He doesn’t quite realize that five years ago, ten years ago, I did believe precisely that System 1 didn’t matter and only existed to be overruled. No more; and I would come to realize that he didn’t truly believe in this either. There must be both systems, grace and work—both the feeling that is an unbidden gift and, simultaneously, the commitment to thought and effort. Grace alone is not enough; neither is the decision to want most what you should. Going forward, I will look, and ask, for both.

Angela Chen is a science journalist at The Verge. Her reporting and essays have also been published in The Wall Street Journal, The Guardian, The Atlantic, Aeon Magazine, Paris Review, Pacific Standard, Smithsonian, Electric Literature, and more. She writes the DATA column at Catapult. 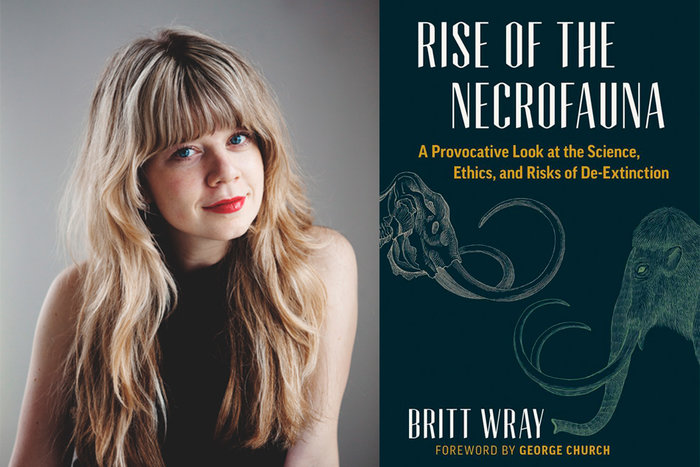 Interview
The Science of Bringing Back Dead Animals: An Interview with Britt Wray
The author of Rise of the Necrofauna on cloning departed pets, important beetles, and the power of the northern white… 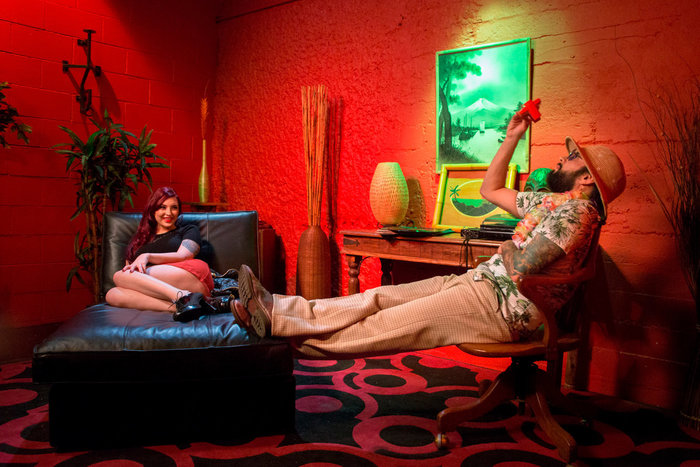