‘We Can Be Vibrating Strings Of Energy’: An Interview with Dr. Eben Alexander

The author of Proof of Heaven explains how a Near-Death Experience made him think differently about consciousness, and why science needs to shed its materialism for a more spiritual approach.

PATRICIA PEARSON is an award-winning journalist and novelist whose work has appeared in The... 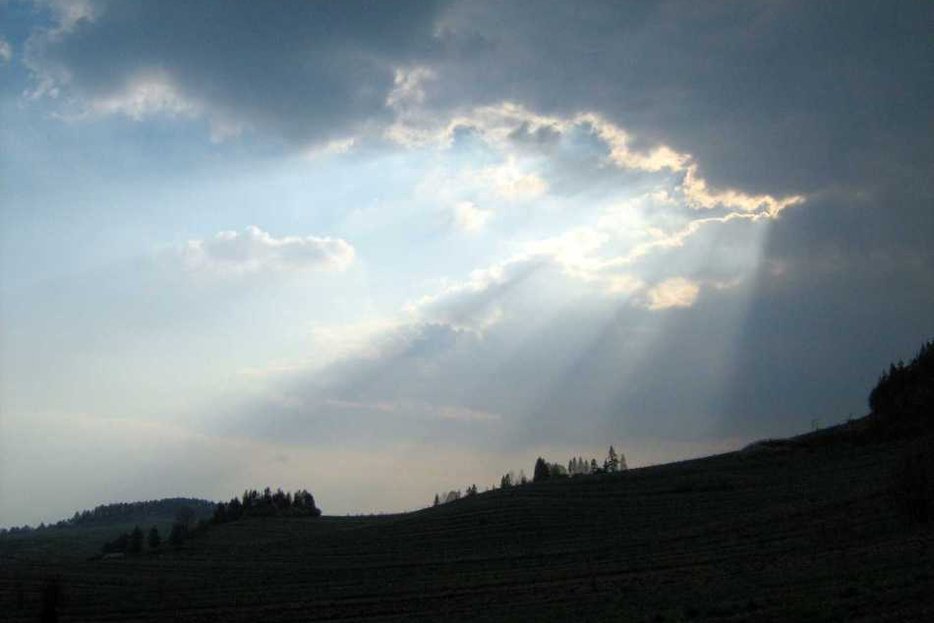 Heaven is hot. All over the bestseller lists and in the multiplexes: Heaven Is For Real, To Heaven and Back, Proof of Heaven, Noah… But why should that surprise? Humans don’t do well chained in all around by a materialist frame. We have mixed feelings about being fleshy robots, which is arguably why we’re so obsessed with zombies at the moment. Zombies allow us to entertain existential anxieties stemming from our presumed soullessness—according to science anyway.

New Atheist preachers like Richard Dawkins have, I think, pushed too hard in recent years. Exalt in your reducibility to blind, self-replicating selfish genes! Face your ultimate meaningless with courage!

Here’s the thing. It isn’t just that we don’t choose to believe in our biological nothingness, cowards that we are, it’s that we can’t. Too many of us continue to have unexpected and extraordinary experiences that question Dawkins’ triumphant materialist stance. We have uncanny experiences around death; we witness uncanny moments in those we love who are dying. And as the American writer Barbara Ehrenreich said recently, we have mind-blowing transcendental experiences out of the blue even as we’re just walking along the road. There is an enchantment, an Otherworldliness, that persists in surrounding human beings whether the Enlightenment approves of it or not.

The issue is not whether we’re spiritually alert, because we are, but whether we want to believe in one, particular religious institution. That is why you see church attendance plummet even while spiritual yearning persists.

But what is Heaven, in this pop culture pushback? A sunny American boy named Colton Burpo is currently finding box office glory with his true tale, told from his father’s point-of-view and dramatically reenacted in the film Heaven Is For Real, of having a Near-Death Experience during a car accident in which he encountered some semblance of the Christian divine. While this might appeal to the Christian market, it isn’t, in fact, what most people who have NDEs encounter, and it certainly isn’t what interests the Virginia-based neurosurgeon Eben Alexander, who continues to range across the planet talking about his bestselling memoir, Proof of Heaven, which details his extraordinary experience during a coma in 2008.

I first met Alexander at a conference put on by the International Association of Near-Death Studies, where scholars, physicians and psychiatrists discuss the strange, beguiling phenomenology of deep Near-Death Experiences. Immersion in an overwhelmingly powerful, brilliant, and loving light lies at the core of such experiences, across cultures and through history. Physiological causes have been proposed, but none satisfactorily account for the moral complexity and emotional force of these NDEs. They aren’t disjointed and idiosyncratic, like dreams and drug hallucinations. They teach, instruct, humble and awe, taking the person who has had one an average of twelve haunted years to integrate the experience into their lives.

I began researching them in 2009, after my father and sister died within weeks of each other, and certain unexpected spiritual experiences occurred. I wasn’t interested in doctrine based on ancient scripts. Never met someone named Job, and don’t own a fig tree. I wanted to follow contemporary accounts of spiritual immersion; I wanted to know what the scouts and outlanders on the edges of consciousness in the 21st century could tell me of what we feel as we die.

Eben Alexander is one of several physicians of late who has had an NDE. He is now on a mission to tear down the walls between religions, and to chip away at the barriers between religion and science. He’s finding a remarkably receptive audience, which is interesting. I caught up with the tall, bow-tied doctor when he was in Toronto addressing medical faculty at the University of Toronto earlier this year.

As a neurosurgeon, when patients describe NDEs or other powerful spiritual experiences, how does your response differ now that you have a subjective understanding of what they are saying?

It’s a total 180 degree shift. Before my coma, I bought fully into the conventional view in neuroscience that the brain creates consciousness. I now realize that’s completely false. What these patients are saying and bringing to this world are tremendous gifts in terms of understanding the true nature of our existence. This is a gigantic shift of focus, a completely different understanding of the world that makes a lot more sense. We (in the medical profession) had no clue how to explain Near-Death Experiences. When you go through the modern accepted explanations about NDEs, they’re pathetically inadequate, just weak, pale. They offer nothing whatsoever about the deep and rich experiences that people bring back.

The general public pays a lot of attention to what scientists say, so if a scientist gets up there and says “this is all just a hallucination, you can forget about it, go back to your lives, citizens,” it is very damaging, and it’s especially pompous given the fact that there’s no neuroscientist on earth who can give you the first sentence to try and explain how physical processes might generate consciousness.

When you say the walls have to come down between science and faith, what are you picturing there? Collaboration? Mutual neutrality?

When I talk about spirituality and science coming together, I don’t expect the real hardcore, card-toting reductive materialist scientists to have to say, you know, “well, hell will freeze over before we’ll start talking about God as our explanation for natural phenomena.” What I’m saying in a very strong sense—and a lot of scientists get this—is that the very simplistic idea that “the brain creates consciousness” has to go, because it does not work. In fact, the real way that all of this works demands a far grander understanding of all of reality that we don’t yet have a clue about.

Trying to pretend that consciousness is just the vague wanderings of subatomic particles following natural laws in the physics, chemistry, and biology of the human brain is doomed to fail. That’s why spiritual awakening is such a gift to science.

Likewise, modern science brings a gift to spirituality: the notion that there is no material to the material world. Look at string theory. Look at quantum gravity. Look at where modern physics and cosmology is going to try and explain the nature of reality. They’re really questioning the fundamental tenets that have to do with past, present, and future, the nature of time and space. Entanglement in subatomic physics is a deep mystery causing us to question everything we thought we knew.

That’s where I think science is actually coming to the rescue. If you look at certain religious views, about mind-body-spirit, they’re stuck, for example in saying “well, the body comes back to life.” Notions of Armageddon and the Second Coming, the religious teachings didn’t know how to handle that, so they thought—to manifest in any form—we have to come back as our physical bodies. But science shows that we (can be) vibrating strings of energy in higher dimensional space-time.

What happens when you bring this to the attention of medical practitioners?

I would say there is an increasing openness. I recently gave a talk to the Texas Surgical Society, at their annual meeting, I gave a talk at the annual meeting of the American College of Surgeons. My invitation to speak at the University of Toronto (medical school) is a perfect example of how modern scientists, physicians, academic physicians, those who are studying brain and mind and consciousness, are fully open to this. Because they absolutely realize that our materialist ideas—that brain creates consciousness—are inadequate, and do not begin to explain tens of thousands of observations made by deep thinkers who work trying to understand this. In fact, my prediction is that our pure materialistic science will go the way of believing the earth was flat.

If we do abandon the flat earth model, the implications for the practice of medicine, even for the infrastructure of medicine, are radical, are they not?

They are radical indeed. There’s a great quote by the physicist James Jeans in the 1940s when he was trying to understanding quantum mechanics: “The universe begins to look much more like a great thought, than a great machine.” Physicists 50 and 60 years ago were talking about pure information at the core of all that exists. The idea is that thought, consciousness, soul, spirit is the thing that truly exists, and that it leads to the unfolding of apparent reality in this material world. Very important to understand that one is primary, and one is secondary.

We’re all connected as one consciousness at a deeper level, and to the divine at the deepest level. This is part of an understanding that can come to the medical world, especially as we engage in scientific study trying to get more deeply into the power of mind in manifesting healing. That’s where this is going to have tremendous impact. When I was in medical school, the placebo effect was seen as the enemy, because you had to overcome that 30 per cent benefit. Well, what if we look at it as an ally, and start to actually use the power of prayer and visualization, meditation and what have you?

There have been Near-Death Experiences around the world where you have this kind of healing where there’s no medical explanation. To me, as a doctor, that’s kind of the holy grail. How do we get into those cases, like my own case, and understand how that healing happens, because there is a way that it occurs. And I believe it’s a way that we can actually learn from, and help bring the medical profession along to. But it has to involve a much broader understanding of who we are.

Is language—in scripture, in medicine—a barrier to mutual understanding?

The problem with some scientists trying to argue from a religious standpoint is that other scientists recoil at that and say that it’s old-fashioned and it’s not facing the facts. Well, we can actually mature a lot in realizing that our conventional scientific view is woefully inadequate in its own right, and I believe that our true knowing here comes from transcending these false boundaries that say you’re either spiritual, or you’re scientific. 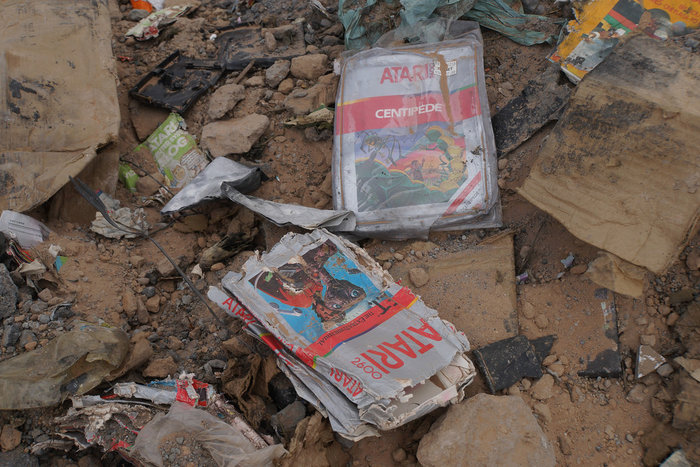 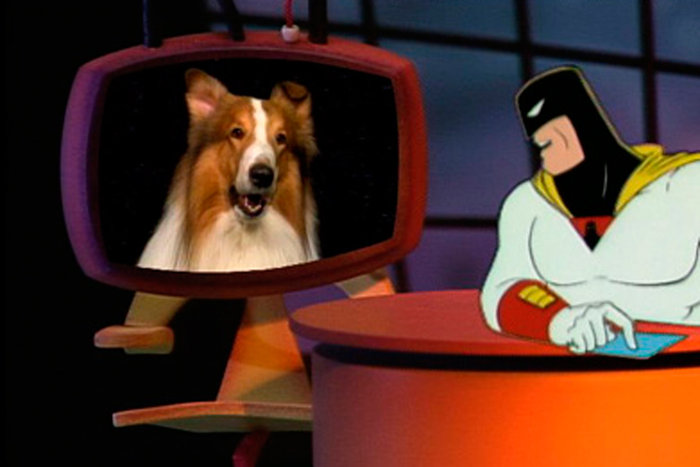 Culture
The Last Time Things Made Sense: Space Ghost Coast to Coast at 20