The Unlikely Brilliance of Loiter Squad

Odd Future’s Adult Swim series, Loiter Squad, may resemble Jackass in its approach to humour, but it accomplishes something much closer to Chappelle’s Show. 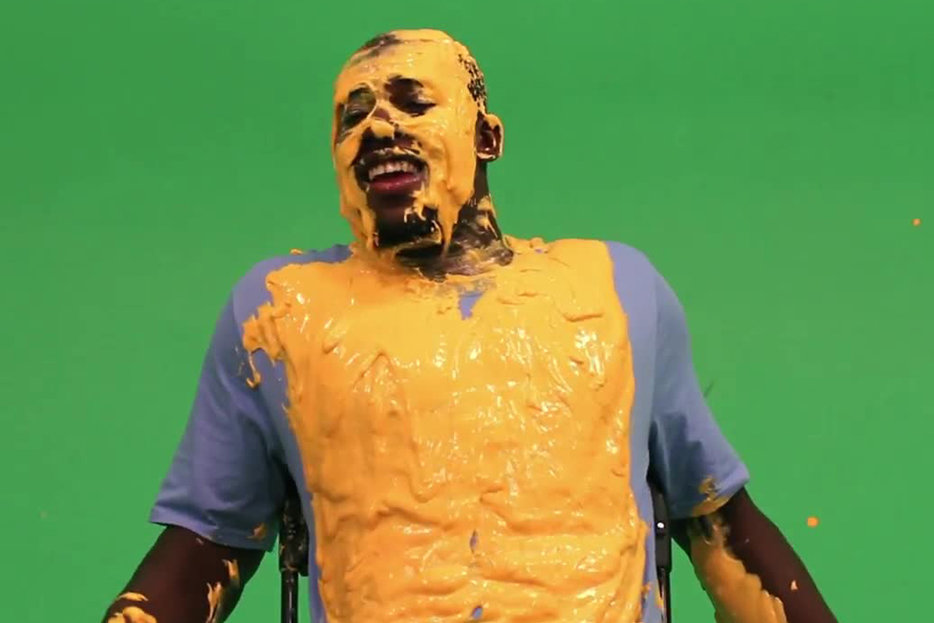 Tyler the Creator and Lionel “L-Boy” Boyce pull up to a suburban house in a squad car. As Officer Morgan and Officer Palmer, a pair of reality TV cops with aviators and stereotypically aggro police bravado, they’re here to respond to a domestic disturbance. The suspect cannot keep his hands to himself, apparently, and as the pair walks through the door, all evidence confirms as much: cats meow, a baby cries, dishes break.

Guns drawn, they round the corner to the scene of the crime: in the bungalow’s kitchen, a pair of inflatable wind dancers—the kind usually seen beckoning customers into strip malls and used car lots—are going at it, the tiny space hardly able to contain them. The husband, identifiably blue, is freaking out on his red tube dancer wife. Tyler-as-Officer-Morgan rashly shoots him “dead” and plants incriminating evidence, in the form of a butter knife plucked from the kitchen, onto the rapidly shrinking “body.”

“You seen him come at me with the knife, right, cameraman?” Tyler asks. “He almost killed him!” adds Lionel. It’s a perfect—and perfectly absurd—delivery.

In another scene, Taco Bennett is staring straight into the camera, a barely-there adolescent moustache peeking out over his omnipresent smirk.

CAMERA PERSON: Do you think it’s cool dropping n-bombs all the time?

CP: No, I’m actually kind of offended by it.

TB: You offended and you white?

TB: You a stupid nigga.

Both of these sketches are from Odd Future’s Adult Swim comedy show, Loiter Squad, an odd, surreal sprint through the mind of a millennial brain with ADD. In weekly 15-minute-long increments, produced by Johnny Knoxville’s Dickhouse Productions, Tyler, Lionel, Taco, Jasper Dolphin, Earl Sweatshirt, and a rotating cast of other Odd Future members and affiliates make a case for the unlikely brilliance of the collective’s kinetic teen-boy ethos.

Loiter Squad, which is currently several episodes into its third season, is mostly a mashup of wild sketch scenarios, Jackass-style slapstick, and terroristic on-the-street humour interspersed with social commentary so astute it often seems impossible. Sketches and improvised scenes form no real narrative. Instead, they’re linked together by quick cuts of Odd Future’s Tyler-guided brand of Internet art: a psychedelic cat here, a green screen of the cosmos there. Frankly, Loiter Squad makes no sense. But its lack of linear continuity is its defining characteristic: a tongue-in-cheek acknowledgment that life is weird and crazy and impossible to make sense of, especially for a group of young black boys with the budget, audience, and balls to do pretty much whatever they want.

“One reason for [the concealment of black humour from the public] was the requirement of ‘proper’ behaviour in the presence of whites. Thus raucous Negro behaviour could not be allowed to offend the sensibilities of refined whites, especially white ladies,” wrote Daryl Cumber Dance in the introduction to Honey, Hush!, an anthology of black women’s humour published in 1998 and spanning centuries. That sentiment has guided much black comedy into segregation or, alternately, compromise.

Writing about Richard Pryor in The New Yorker in 1999, Hilton Als described one of the fundamental difficulties faced by black artists playing for white audiences: “The subject of blackness has taken a strange and unsatisfying journey through American thought: first, because blackness has almost always had to explain itself to a largely white audience in order to be heard, and, second, because it has generally been assumed to have only one story to tell—a story of oppression that plays on liberal guilt.” Als cites Pryor as an exception to this reality.

Following in the great comedian’s footsteps was Dave Chappelle, whose clashes with whiteness led him to famously quit his own show. One of the lasting qualities of Chappelle’s Show was its uncommon way of presenting, and engaging with, blackness as something complex and capable of self-awareness. Loiter Squad, whether by accident or design, exists in the same tradition.

Its lack of linear continuity is its defining characteristic: a tongue-in-cheek acknowledgment that life is weird and crazy and impossible to make sense of, especially for a group of young black boys with the budget, audience, and balls to do pretty much whatever they want.

Though Tyler consistently bucks the importance of race, instead trotting out the misguidedly utopian but ultimately dangerous myth of post-racialism, there is something essentially black in the series: it stars five black men who are also its masterminds. Discussions of race and racism on Loiter Squad, like on Chappelle’s Show, tend to magnify just how ridiculous America’s legacy with race has been, relying more on absurdism than anger as the basis of its humour. The recurring police sketch, for instance, in which human-sized rats and cigars are victimized by the cops, treats police brutality and corruption poignantly through caricature.

It’s a spirit summed up on Odd Future’s 2011 cri de guerre, “Radicals”: “Fuck your traditions, fuck your positions/Fuck your religion, fuck your decisions/See, they’re not mine, so you gotta let ‘em go/See, we can be ourselves, but you gotta let us know,” Tyler raps earnestly. The crew live by those words, actively shaking off the dogmas and traumas of their parents’ generation. More than solemn anxiety over the word “nigger” and images of police dogs and water cannons, their approach to and discussions of racism are more informed by the mania that surrounded the Rodney King riots and the OJ Simpson trial, the latter of which has provided us with two decades’ worth of comedic material.

While many black comedians have historically been tasked with explaining blackness to their audiences, the Loiter Squad gang, partly because they belong to a generation whose understanding of race borders on denying its existence, dismisses the notion that they must make themselves and their humour palatable to anyone but each other. If you get it, you get it. If you don’t, it’s not for you.

A hilarious reference to rapper Joe Budden’s turn on the VH1 reality show Love and Hip Hop, for example, does not come with an explainer; it is intended for a specific sliver of audience. In fact, Love and Hip Hop is a cultural reference so black and niche that Saturday Night Live’s Jay Pharaoh recently said, on an episode of the podcast “The Champs,” that it could never exist on SNL, whose white audience dictates the form that blackness that can take. Like much of Loiter Squad, the sketch is an inside joke broadcast nationally.

Maybe for the first time in the genre’s history, Tyler et al are publicly accessing a kind of comedy that has long been considered the domain of young, white, middle-class men. White boys hump dead mooses, black boys fuck the stool and talk about what women be like. Aesthetically, Loiter Squad more resembles the former, but it accomplishes something much closer to Chappelle’s Show.

In a recurring sketch, Tyler plays Young Nigga, a debaucherous rapper who happily plays into the genre’s money, guns, women stereotype. Young Nigga has friends with bazookas, and a llama for a pet. Tyler’s caricature of the rapper is some of his best work: “I spent a lot of money, I’m happy/I smoked a fuck nigga, I’m happy/I fucked a Thotiana, I’m happy/I just bought a Bugatti, I’m happy” he raps, in imitation of the currently trendy staccato flow, on a track featuring viral Vine star Ice JJ Fish. But the joke functions at a higher level than it appears to: it’s not just the ignorant, money-obsessed rapper who is being lampooned, but also the essentially American assumption that to be black is something inherently pitiable. Perfect and perfectly absurd. 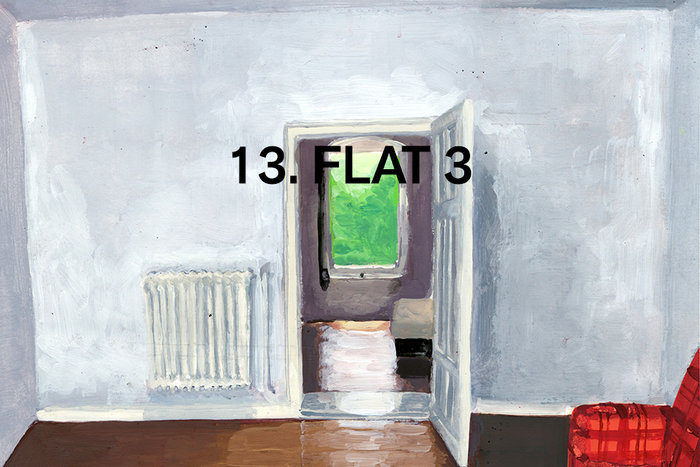 Comics
A Berlin Diary: Flat Pt. 3
Sholem’s hunt for an apartment takes him to the brink of desperation: Facebook. 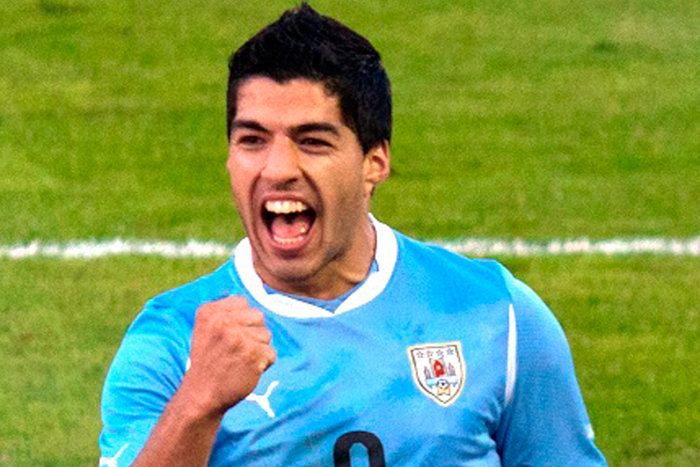 Studies Show
How Do You Punish a Biter Like Luis Suarez?