Truer Than Fact: An Interview with Ann-Marie MacDonald

The author of Adult Onset on parenthood, trauma, and geeking out on psychoanalytic theory. 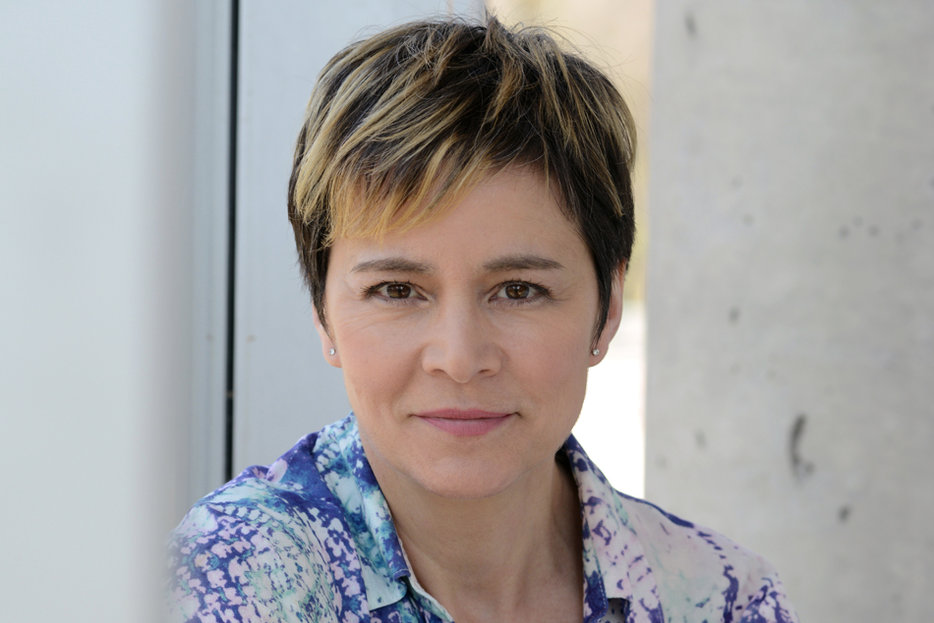 If there’s any singular, capital-T Truth threaded through Adult Onset, the latest by author and playwright Ann-Marie MacDonald, it’s this: if you don’t make amends with your suffering, you’ll pass it along.

Coughing up the troubling snapshots of your own past can soften their lingering sting, and can maybe even stave off the doom (yes, doom) of repeating your own devastating history. Logic suggests that the not-so-fun game of misery hot potato stops there.

This parable is drawn out through the character of Mary Rose MacKinnon. Like MacDonald, Mary Rose is a successful author raising two young children with her theatre director wife in the yummy mummy stronghold of Toronto’s Annex neighbourhood. Her aging parents are increasingly fragile but well-meaning, sending emails bursting with parental pride over Mary Rose’s queer role-model status in light of Dan Savage’s It Gets Better project, whose videos they have just discovered. All seems well on the surface, until domestic tensions trigger the recurrence of symptoms from a childhood illness, a psychological flare-up of repressed memory is ignited in turn. Enter: mommy issues.

“There are schools of mental health thought which predict that if you went through a trauma for example, or a difficult time at a certain age—with, perhaps, your mother—then if you have a child, when they enter that same phase of life you might find yourself re-enacting it,” says MacDonald. “But you’ll be playing a different part—that of perpetrator, abuser, person who loves you that hurts you. Otherwise often known as your parent.”

But Mary Rose’s mother is also wounded, a Catholic stay-at-home matriarch of the Mother’s Little Helper epoch who suffered miscarriages, crib deaths and postpartum depressions. As both mother and daughter age into new life-phases, their overlapping wounds take on new meaning.

Assuming the parent/perpetrator role signifies its own kind of adult onset, that period that sees child-parent roles revisited and reversed. MacDonald spoke with meabout trauma, stories, and what comes next.

What stuck with me the most from Adult Onset was this spectre of the intergenerational transmission of trauma, and its inescapability.

[Laughs.] It’s a very meaty concept to work with, and I read it as the anchor of this book. Maybe others would disagree.

It is. There are different ways of expressing it, but you got right to the clinical core! [Laughs; interviewer dies a little] There are other more poetic or literary ways of expressing the same concept, or aphoristic, like “the truth will come out,” or “the truth heals.” I’ve always been writing about the same thing: that truth and stories are inextricably linked, that stories are truer than fact because they are fact organized into meaning. If we don’t tell our stories, if we don’t remember, and if we don’t leave stories, then our world becomes sick and we become sick. Only the truth will heal you, and that doesn’t mean the facts. That means the truth.

The talking cure! Were you drawing on psychoanalytic theory with this book? Is that something you geek out on?

I geek out on everything! But I’m a renaissance geek. That doesn’t mean I’m trained. There’s classic Freud and then there’s Freud that recanted and then there’s neo-Freud. I don’t get into that. But yeah, the unconscious. We’ve known about that for thousands of years, since we’re able to look at each other in a cave somewhere and make a drawing, and before that. But the extent of my reading of Freud—I kind of delved into the case histories, the Notes on Hysteria. But psychoanalysis definitely runs through there. And you’ve got to be sturdy to withstand that kind of self-examination. It’s awful. I’ve done it.

Psychoanalysis? For how long?

It’s freaking intense. You can’t do it when you’re in crisis. When someone’s in a terrible acute kind of crisis, then they’ll need psychotherapeutic help. That’s something that’s very intentional about this book, that [Mary Rose’s] dark week of the soul is triggered during a time where everything is fine. And that’s a classic kind of psychoanalytical moment, where you go, “There’s nothing outside of myself that I can point to and say, ‘That’s why I’m feeling so beleaguered and angry. That’s why I screamed at my child and almost dragged them down the stairs and almost pulled out my hair.’” And you’re healthy, and nothing is wrong. That’s when you begin psychoanalysis. [Laughs.]

If we don’t tell our stories, if we don’t remember, and if we don’t leave stories, then our world becomes sick and we become sick.

Speaking of self-examination, the character of Mary Rose is, at least superficially, a really obvious parallel of you. Her heritage, her livelihood, her name. What was the thinking behind that?

Well she’s actually a really deep, intentional parallel of me. Ultimately I understood that I was actually writing about myself in a parallel universe. It’s a memoir of a parallel self.

How do you mean?

That could’ve been me! If you do believe in parallel world, in other selves, I thought, ‘She’s another self.’ In the world of this book, Margaret Atwood exists as someone in the neighbourhood who drives by in a Volvo. But Ann-Marie MacDonald does not exist in that universe because Mary Rose MacKinnon does. Therefore it’s a parallel world, and she’s one of my many, many selves, just like there are infinite numbers of Kellis out there doing a variation of this.

Exactly. So that was the moment that became a meta meaning for the book. Hall of mirrors stuff. That’s how I organized it into a story, into fiction, and how I got enough distance to be able to craft a protagonist while donating my own self. I put myself on the slab. I’ve used so much of myself already in my fiction, and this time I thought, I’m going to harvest my organs and tissues and see what rises up off of the slab.

Parenthood is so central to this novel. In our society there’s still this idea that adulthood isn’t fully unlocked until a person arrives at that milestone. I was wondering if that was something you were chewing on when you were putting this together.

Much like the protagonist, I never expected to be a mother. I certainly never expected to be married. When I was younger, as soon as I understood I was a lesbian at age five before I knew there was a word for it, I thought ‘This is trouble. You’re never getting married.’ Brave new world, that has such married people in it. So no, I never thought that parenthood ever conferred any kind of adult status on anyone. In fact, a lot of people hurdle backwards when they’re responsible for someone else. That is not a magic wand.

It’s interesting to me how different characters in this book face different, time-specific challenges of acceptance in relation to parenting or being parented. For Dolly, Mary Rose’s mother, there’s a sense of failure tied to the ability to fulfill her duty to conceive and mother—to be “good at having babies.”

Certainly then, people didn’t talk about postpartum depression or miscarriages as being anything that needed to be grieved or process. The idea that her self-worth was inextricably bound up with her success as a bearer of children—not just as a mother or a parent, but ‘Can you get pregnant, hold onto that pregnancy and deliver a healthy child and can you keep doing that over and over as a Catholic woman as many times as God wants you to?’ And if you can’t, you haven’t measured up and there’s a tremendous sense of shame and failure. Also, the sexual shame involved in being a woman and Catholic, and you throw in any kind of other cultural context in there, it becomes a horrible brew for a lot of women. Where is there room for you to be an individual in all that?

And for Mary Rose, there’s frustration at not being wholly accepted as queer, by her family, in a time well before the “It Gets Better” era.

Can you think of any?

No, nothing pops into my head. It’s so queer that people don’t notice that it’s queer. Here’s my little bitter secret: I’ve been writing really radical material the whole time, and making it so accessible, that I feel sometimes in some quarters I don’t get enough credit for being versed to say certain things in public in a certain kind of context. I’ve often made it look easy.

Made what look easy?

Having any kind of minority voice. And I go, ‘Okay, well I’ve had many advantages,’ and all that. But sometimes I sort of go, “Have you noticed?! It is actually queer!’ Everything’s been queer. If you tell a story in the right way, everyone’s going to come to the table because they’ve been invited to it.

But here’s what it comes down to—and this is so petty—but for example, about a year ago, there was a queer magazine in Toronto [with an] article by some guy that referred to me, “Gee, she used to be a lesbian then she ran off and married some guy.” I was actually accused of being straight! I thought, How queer do I have to be? How old were you when I came out, to make it a little bit easier for you? Fuckhead. It made me feel like such an old broad. But that made me so mad. That’s what I’m talking about. 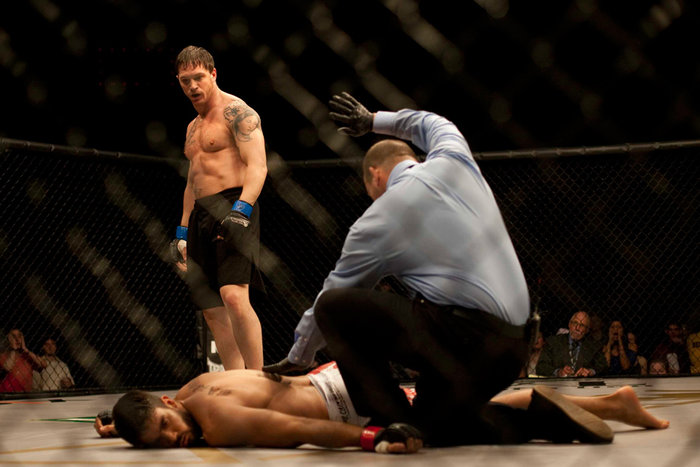 Books
Where the Academic Meets the Brawl
Kerry Howley’s debut book, Thrown, seems to fit into the tradition of the intellectual approaching a violent… 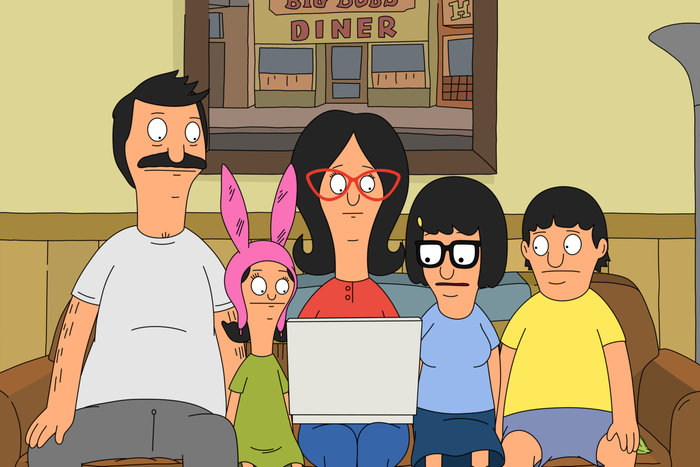