Those Were the Happiest Times

I’m giving myself a pass to eat what I want—my husband has cancer, after all. I find that it helps to keep a taste in my mouth. 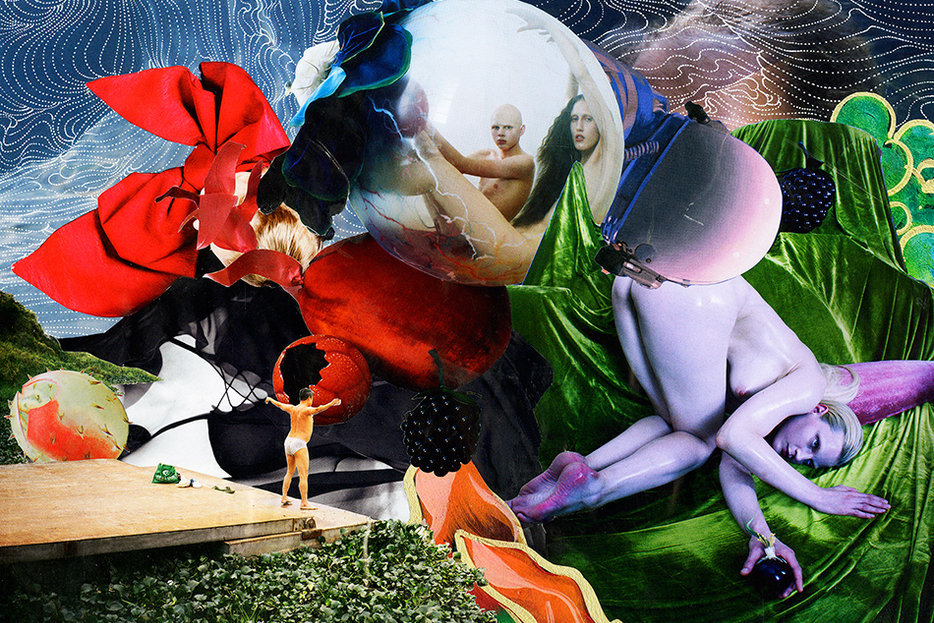 Mouthful is a new monthly column about the author’s relationship with food, ten years into recovery from anorexia and bulimia.

Substances are entering and leaving our bodies in alarming perpetuity. There is always a glass of water within arm’s reach. In my case, because the August heat has me leaking from every pore; in my husband’s case, because the oncologist has ordered a regimen of three to four liters of water per day to flush the cisplatin and etoposide from his kidneys. It’s Saturday. He completed his first week of chemotherapy for testicular cancer yesterday. This afternoon, his parents dropped off an air conditioner and a week’s worth of prepared foods: baked salmon and red snapper, green beans with butter, dill red potatoes, cooked carrots, and a variety of ginger products. The ginger is for my husband’s nausea. It isn’t meant to be eaten like candy, but that hasn’t stopped me from stealing handfuls from the cabinet.

The nutritionist who visited us on his first day of treatment impressed upon us the importance of eating a balanced diet while undergoing chemotherapy. Dark greens, fresh fruits, light on the fat, light on the protein. Acidic foods will give him heartburn. Fatty foods could make him vomit or give him diarrhea. It’s important that his food be clean, as he’s susceptible to infection from inside his body. We wash our hands with unprecedented frequency to keep germs from entering his body via our skin. Purell bottles sit in strategic locations around our apartment. After reading about impurities in the water, my mother-in-law bought fifteen gallons of water at Wal-Mart, which now live under our kitchen table. We keep a bottle of Clorox wipes above the refrigerator next to a bulk-pack of paper towels. We wash our bagged spring mixes. We’re now the proud owners of a Nutribullet and a salad spinner.

We’ve already been eating my in-laws’ food for a week. They’re Italian; this is how they show us they love us. On his first day of treatment, my mother-in-law dropped off a baking tray of Ziti Bolognese and took us on a shopping spree at our neighborhood supermarket. The last time I went grocery shopping with my mother-in-law was on the day of my husband’s orchiectomy, in June. We’d gone to the Fairway in Stamford, Connecticut, near the hospital where my husband was born, and was now sleeping after surgery. I stood next to her in the bakery, gazing into a rack of pastries, a shopping cart between us filled with foods we’d agreed were my husband’s favorites. “He likes almond croissants,” I said, with wifely confidence. “I like almond croissants,” she said, smiling proudly.

When the taste is removed, the present moment rushes in.

When she left our apartment on his first day of treatment, she took with her the scale that had for the last month sat between our kitchen table and our stove. They’d loaned it to us three weeks beforehand, and we’d planned to use it to weigh boxes we’d be loading into our trailer when we moved to Los Angeles. At that point, I hadn’t owned a scale in nine years, since entering inpatient treatment for anorexia. It now struck me as ironic that the scale had just naturally found a place in the kitchen. She took it back, as we would now be staying in New York for the foreseeable future. As it turns out, my husband will need four rounds of chemotherapy instead of the two we’d originally planned for, followed by surgery to remove lymph nodes six to eight weeks later, between his birthday and Christmas.

Our apartment is paused halfway between moving out and staying put. Instead of bookshelves, boxes containing only our most necessary and sentimental books sit stacked against the wall of our living room. After throwing away bottles of old soy sauce and half-empty boxes of tummy tea from the cabinets, and freezer-burned grapes and more recent, unappreciated takeout from the refrigerator, we’ve moved back into our kitchen with foods catered toward a cancer-healthy diet. Whereas my husband has always considered eating something of an afterthought, we now have sobering conversations about kale. We grind our peanut butter fresh. We eat only pasteurized cheeses.

The first week of treatment has brought with it a sense of calm. Something is now being done to fix the problem. We learned from doctors and online forums that the fatigue and nausea will start this coming week, so we’ve spent the last week focusing on living well, which means eating often. This means snacks. We make snacks for ourselves and for each other. We make snacks together. I’ve developed a small gut, or maybe I’m imagining it. I’m on my period, so there’s an overall feeling of bloat, but I’ve decided I don’t care either way because I’m giving myself a pass to eat what I want—my husband has cancer, after all. Frequent snacking has replaced the necessity for larger meals. I fill up quickly. I feel confident that I’m not “overdoing it.” A piece of toast with hummus and twice-washed arugula tides me over for a couple of hours. Then I drift back to the kitchen.

I find that it helps to keep a taste in my mouth. A taste serves the purpose that cigarettes once did. It fills a need to do something with my body, to focus my attention amidst life’s chaos, to remain calm while moving forward. It’s a center of gravity around which everything else can orbit. Right now, it’s a can of Canada Dry ginger ale that sits next to me on the couch cushion. It’s sweet and fizzy, and cold in my hand. It’s in the perfect state of being half-full. I put it down and burp simultaneously each time. The burp feels good, final, like I’ve accomplished something. This afternoon, the taste was the end of a joint my husband and I shared in the cracked window, letting the smoke out and the late-summer heat in. At different points in my life, it has been the pursuit of sex, or praise, or an escape route, or a drug.

When the taste is removed, the present moment rushes in. I fill the emptiness by looking at my husband and trying to imagine what’s going on inside his body. The platinum-based chemicals are permeating the walls of his veins and drifting around inside his abdomen, killing bad cells and good cells alike. He feels vaguely ill. He’s begun to feel tired. It was more difficult for him to get out of bed this morning. We went for a walk to the coffee shop two blocks away and the heat felt like a heavy scarf. Whereas we’d normally walk home right away with our iced coffees, we had to sit down in the air-conditioned café while my husband rested. In moments like these, I want to give him something, feed him something that will give him energy. I want to put something inside him to fix what’s wrong.

Despite his attitude towards eating, my husband loves to cook. He watches Gordon Ramsay cooking videos with religious devotion. We’ve marathon-watched every Anthony Bourdain show. He has an Italian attitude about groceries, buying only the ones he needs on the day he intends to use them. Until two weeks ago, our kitchen was empty most of the time; about once a week, I’d start the day by walking to the grocery store at the end of the block and buying eggs and bread. I had a relationship with the girls in the checkout line. Right now, my husband is frying fennel and garlic just to have something to do. To feel like his body can do something. To have something to do afterward, and eat what he’s cooked. To have the taste in his mouth, because soon, the foods that he loves may not taste good anymore. Everything will taste like metal.

Among the recent foods to enter our apartment is a red mesh bag of Kiddie Clems™ clementines. The thin plastic strip of packaging features two children smiling with their arms around two oranges. One is a boy and one is a girl. One is dark-skinned and one is light-skinned. They both have freckles across their noses. They float in the middle of a white heart with a green border, and in the background, a grove of neon-colored orange trees rolls into a blue sky, their fruits heart-shaped instead of round, a neat pattern of colors beginning to repeat: orange, blue, pink, yellow. This is a smart snack for mothers to give to their children, the image suggests. These are easy and nutritious. Kids will love them.

The company claims in their slogan that these are “Tiny Treats for Tiny Sweets,” but in fact these clementines don’t taste very good. Like so many foods we buy today at the supermarket, they taste as if the flavor has been sapped out. There’s a vague sweetness, but nothing like the oranges I’d steal from my neighbor’s tree growing up in Florida. Those would start as flowers, and the smell would drift across my neighbor’s yard into mine, catching me under the nose as I played with my friends. I’d spend the next several weeks watching the fruits develop. Then I’d plan a time to steal one. They were almost too tangy. My mouth watered as the rind stuck under my fingernails. I would eat them like apples, and the juice would run down my chin and onto my shirt. Those were the happiest times. 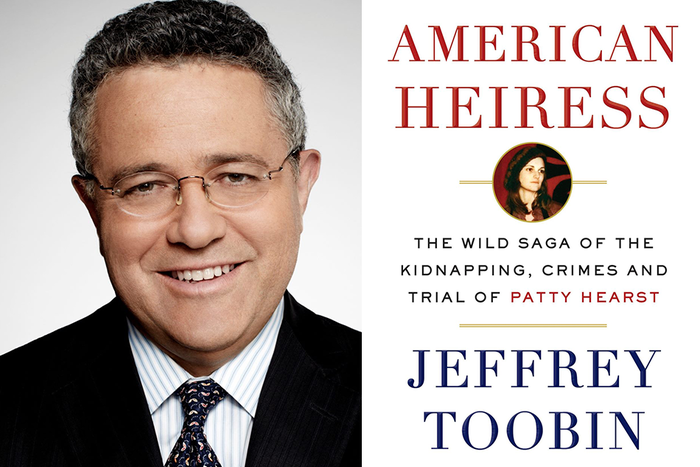 Interview
‘What a Wreck the Country Was Back Then’: An Interview with Jeffrey Toobin
The author of American Heiress on the kidnapping of Patty Hearst, San Francisco in the ’70s, and why we’re… 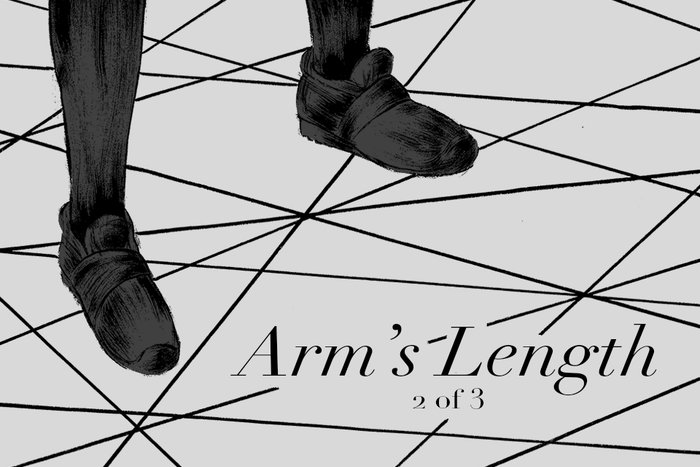 Comics
Arm’s Length Pt. 2
Can I help you?