Mary MacLane’s I Await the Devil’s Coming is a declaration of loneliness, restlessness, and narcissism—the same angst that binds teenagers from the turn of the century to the age of Dirty Girls. 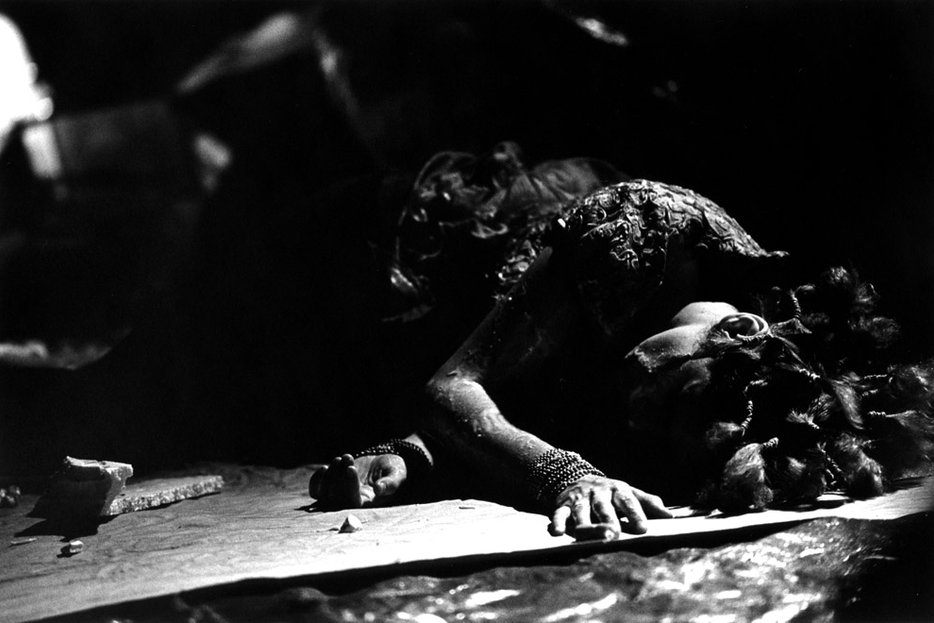 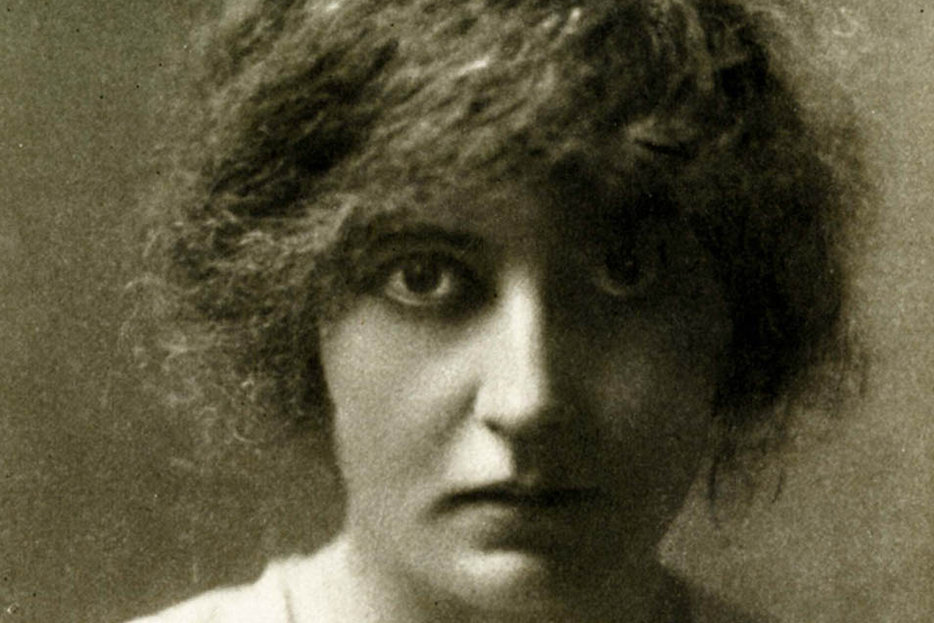 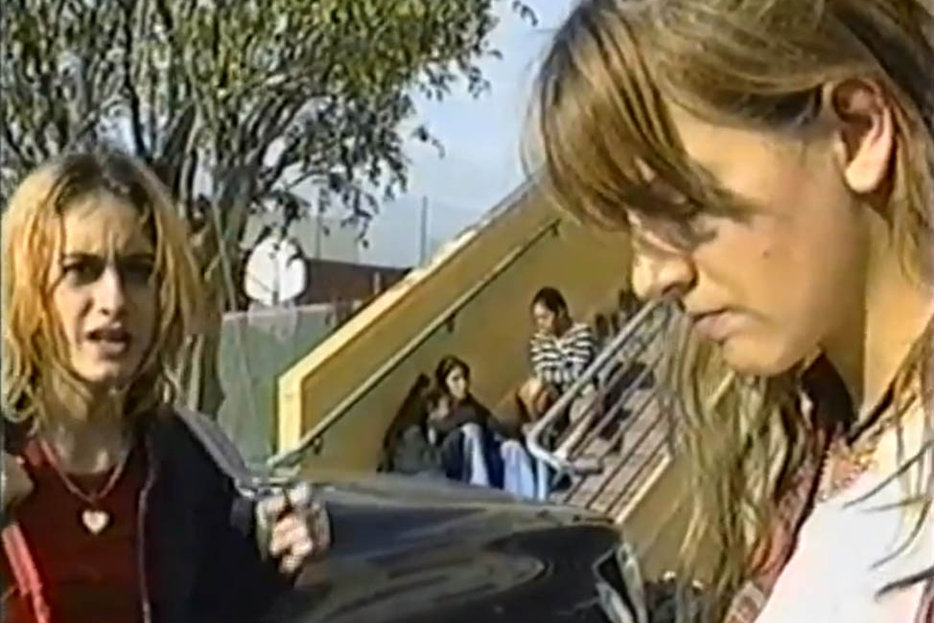 “There is not one soul in the world to feel for me and with me—not one out of all the millions. No one can understand me—no one.”

This, naturally, is a line from a teenager’s diary—one Mary MacLane, writing at the turn of the century from the mining town of Butte, Montana. It’s not one of the better passages. Had MacLane not been smarter and more eloquent than most angry 19-year-olds, her journal would not have been plucked from a Chicago slush pile to become a bestseller in 1902. But it’s a telling passage, because it’s so familiar—did you not write as much in your own diary? I certainly did, in grubbier language, and this is the silly thing about teen angst as well as the thing that redeems it: that loneliness, that restlessness, that narcissism is universal.

I Await the Devil’s Coming sold 100,000 copies in its first month, resonating especially with girls who felt as alienated as MacLane did; the author left Butte for bigger cities and stardom, which didn’t last. In an introduction to a new edition from Melville House, Jessica Crispin writes that “perhaps the greatest tragedy of [MacLane’s] career was that the world caught up to her. What is shocking in Butte or Winnipeg is certainly not going to shock in Paris, in Chicago, in New York. And what is shocking in 1901 is old hat in 1920.” What I love about the book, though, is that none of it is shocking: a young woman in 1901, a million miles from nowhere and facing much higher stakes, felt the same way I did a century later in Toronto, and as the “Dirty Girls”—title subjects of a short film shot by a classmate in 1996, and recently doing the rounds—did in Santa Monica, where they wore their hair greasy and published a riot grrrl zine to the amusement and disdain of their peers.

“Dirty Girls,” because it was closer, made me cringe: at the callow reduction of feminism to your particular suffering, at the collective delusion that makes all kids feel like their problems are the world’s worst. (“Nineteen years are as ages to you when you are nineteen,” MacLane writes. “When you are nineteen there is no experience to tell you that all things have an end.”) I cringed because I felt that way back when the world was as small as my junior high school, and because of how much it both relieved and embarrassed me to realize that it was a big world, in which I wasn’t that weird, or that smart, or that troubled. But reading MacLane from a century’s distance—at a time when she could only hypothesize about what the world contained—I can see there’s something humane in that goofy but constructive mix of discontent and self-righteousness, when, in your loneliness, you become your own cause.

Maybe it’s the fact that MacLane is so forthright, and unashamed, of her narcissism. “I am a genius,” she states in her diary’s first entry, establishing a motif, before admitting to “an egotism that is rare indeed.” Her ego takes many forms: she overestimates her intellect as well as her weirdness—as she’d have had to, marooned in a world where difference was her only means of distinguishing herself—and her evil (at one point she steals three dollars to buy an old woman a bunch of chrysanthemums—but “simply to please myself,” she adds, in case you mistake the gesture for sweet).

She’s narcissistic about her suffering, too, which was a negative kind of suffering, rooted in ambition rather than need (though we can split hairs about the difference). She didn’t lack the necessities of life: by her account, she spent afternoons reading books in her bedroom, followed by dinners of “porterhouse steak with fresh green young onions,” which she duly appreciated. But she had a border collie’s intolerance for monotony, and an unwillingness to take life’s “raw evaporated apples” when she could have had “a dish of hot stewed mushrooms.” Her ambition was righteous, given that the world she lived in reviled female ambition, but her aim wasn’t equality—it was grandeur—and hers is the kind of lament that galvanizes more than it elicits sympathy. (Although I do sympathize, because if cubicle life in modern Toronto feels like purgatory to me then I can’t imagine turn-of-the-century Butte.) She was a woman, but a person first, and a specific kind of person: the type who fears boredom more than chaos.

It took less gumption to make a zine in 1996 than it did to publish your diary in 1902, and escaping Butte, Montana in MacLane’s day was much riskier than ditching Santa Monica around the millennium. Still, the Dirty Girls’ problems are similar to MacLane’s: they’re different, and they’re hated, and they’re restless. They feel like outcasts so they play the outcasts; feminism is the greater good that gives their angst some purpose and makes sense of what they’re going through (for MacLane, the Devil—who, from her description, seems like kind of a mensch—arguably serves the same purpose). The girls’ problems aren’t exceptional, as their detractors point out: “‘I have a right to be mad, I have a right to be sad,’” says one (female) classmate, quoting from their zine. “Who gives a shit?” What’s exceptional, at least in context, is that they make their problems an issue. It’s not heroic, but it’s more interesting than quiet sulking. There’s punk for you.

As Michelle Dean wrote in an excellent Awl essay, MacLane’s prose can drag a reader back to “a prison of adolescent worries, the ones that fade rather than disappear altogether.” You never really shake the sense that you don’t quite belong, or the desire for something better; the anxiety recedes a bit, but so does the comforting notion that you deserve what you want. You’re not exceptional; you never were (I mean, you might be, but it’s not likely). It’s a bummer, but with the insight that everyone feels this way comes a sense of community, if you want it: angst binds us across states and provinces, across circumstances and across eras.

The good news is, you’re not alone; the bad news is, you’re a lot like everyone else. Sometimes you miss feeling like a pariah, like your experience is singular and profound, like your devilishness is too hot to handle. The more interesting your world gets, the more boring you become. But we’re all still individuals, if less extravagantly than we might once have suspected, and the most interesting passages in I Await the Devil’s Coming have to do with minutiae—the “the trivial little facts” that convey “one’s individual humanness,” in MacLane’s words. She makes herself fudge every day, and brings a clock named “Little Fido” to bed for companionship. She has 17 miniature portraits of Napoleon stowed in a drawer, which she likes to admire before bedtime. She is an avid eater: “Go hang yourself, you who have never been comfortably seated and eating an olive!” Her angst is her legacy, but her angst is anyone’s; Mary MacLane is most vivid to me as an olive enthusiast. 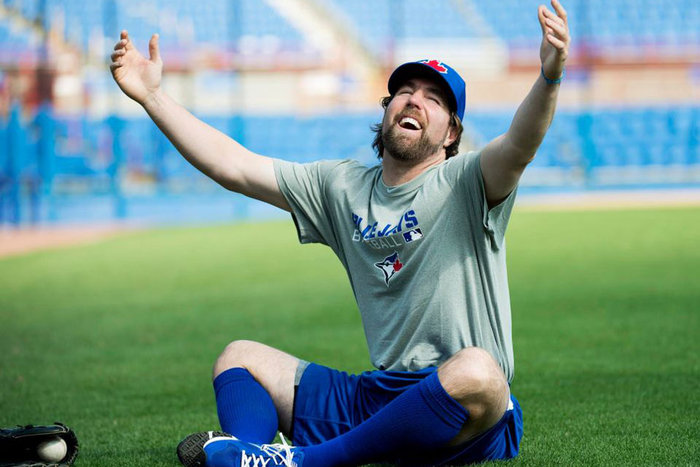 Sports
We Tell Ourselves Stories in Order to Cheer: A Toronto Blue Jays 2013 Narrative Guide
Even for die-hards and true believers, the baseball season can be a slog. Luckily, this year’s Toronto Blue Jays… 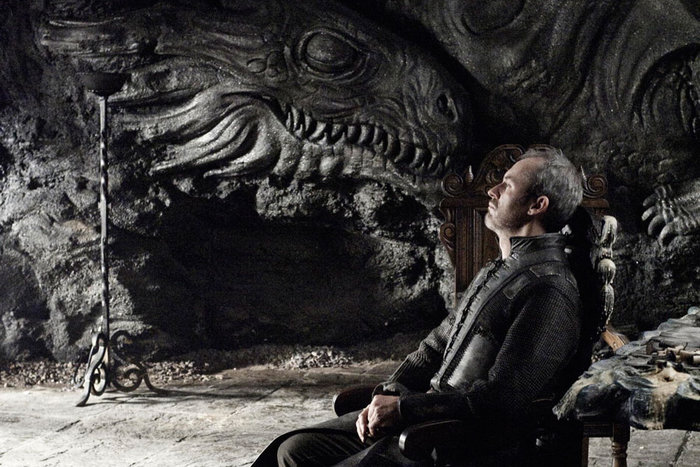