Step One: There Are No Rules

As her masterwork Kontakthof plays to sold out audiences in Toronto this week, we reconsider the legacy of the great, late German choreographer Pina Bausch.

Martha Schabas’ articles, book reviews and fiction have appeared in The Globe and Mail, The New Quarterly, ELLE... 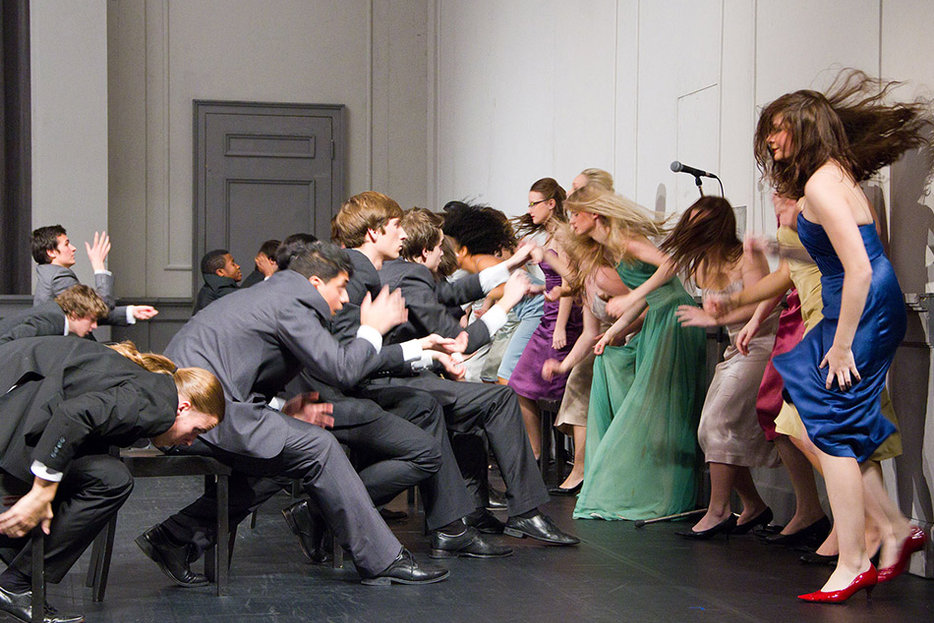 Pina Bausch is often quoted for saying that she cares less about the way a dancer moves and more about what moves her. My favourite piece by the choreographer, who ran Germany’s Tanztheater Wuppertal for 37 years, is Vollmond, which translates as Full Moon. (It is familiar to many from Wim Wenders’ 2011 documentary Pina). Onstage, there is moonlight, rain, a huge rock, and a woman with flowing hair in a long satin evening gown. In keeping with Bausch’s dictum, the dancer’s emotional connection to her movements is clear, but to any discerning eye, her skill is just as visible. This is where Bausch’s choreography becomes ecstatic, the place where its authentic interiority is coupled with beautiful, demanding technique.

Sadness, desire and fear are expressed through trembling wrists and fingers, impulses that ripple through the woman’s body and seek release in jumps and turns. Soon the rain intensifies, the stage is covered in water, and another woman, dancing quickly, turns the possibility of terror into passion and sheer joy. Dancers trudge, splash and leap across an increasingly wet stage, each a little mad, wild, exultant. Watching this, I think: yes, I have seen this full moon before. I have seen this night drenched in so much water. I have wanted all this largeness myself.

What is the difference between dance and theatre? We could say that dance is abstract, physical, sensual—maybe it’s even anti-intellectual in its necessary undermining of the mind as the fulcrum of expression. Theatre, then, would be verbal, literary, rational, argumentative, dependent on direct reference to our daily experience of ideas and the world. This contrast goes back to Descartes and the theory of the divided self: dance is sensation, theatre is perception. One is about the body; the other is about the brain.

The tidiness of these distinctions started to change with the early twentieth-century avant-garde. Alfred Jarry invented a sadistic Ubu who took over the stage with his obscene physicality; Artaud called for a theatre of sensory assault; Ionesco disrupted conventional modes of meaning with an old couple committing suicide over the problem of some chairs. We began to accept theatre as loose and malleable: it could exist in movement, silence, absurdity, sound. But when dance starts to push on its formal boundaries—when dancers speak text, perform quotidian gestures, talk directly to the audience—we don’t seem to show the same flexibility. We call it dance theatre; we start to worry that it isn’t dance at all.

Critical writing on Bausch is rife with comparisons to the twentieth-century’s big dramatic innovators (Brecht, Artaud, Grotowski, Robert Wilson) but stalls when it tries to contextualize her work in the realm of dance. Her links to the heavyweights of modern dance are weak. Martha Graham developed a technique that is instantly recognizable, based on a system of contraction and release in the spine—there’s no comparable trademark in Bausch. Merce Cunningham, and his ideology of movement for movement’s sake, doesn’t provide a helpful point of reference either, because Bausch’s methodology is so fixated on emotion and communication. And while Bausch was trained in ballet (and insisted her company begin every day at the barre), ballet might provide the clearest counterpoint to a discussion of Bauschian aesthetic. Ballet is always working from inside its own set of highly developed, stylized rules. Bausch works the other way, instead letting feeling and impulse invent the very notion of a “step.” She asks her dancers how they cry or what joy feels like inside their bodies. In a Tanztheater rehearsal, there are never any rules.

What is the difference between dance and theatre? We could say that dance is abstract, physical, sensual—maybe it’s even anti-intellectual in its necessary undermining of the mind as the fulcrum of expression. Theatre, then, would be verbal, literary, rational, argumentative, dependent on direct reference to our daily experience of ideas and the world.

In his 1968 book The Empty Space, theatre director Peter Brook wrote about a Holy Theatre—a form of theatre whose engagement with human feeling was so profound that Brook called it “The Theatre of the Invisible-Made-Visible.” It would transform our most primitive, unspoken experiences into visual patterns and shapes, into an event that we could see and hear. Holy Theatre doesn’t distinguish between dance and play; Brook uses both Merce Cunningham and Beckett as examples—and to me, his theory sounds tailor-made to describe Bausch’s work as well. Through movement that is alternately dancelike, pedestrian, symbolic and impulsive, she finds a way to turn the mind inside-out via the body. What emerges is beautiful, funny, violent and discomfiting. In keeping with Brook’s vision, Bausch tries to reveal the unseen forces that rule our lives, and maybe that’s what makes her work, necessarily, often difficult to watch.

Take Bausch’s recurring theme of the power-play between men and women. In The Rite of Spring, a terrified female victim is covered in dirt and deserted by her community. In On the Mountain a Cry Was Heard, a woman repeatedly gets down on her hands and knees, bares her back, and allows a man to whip her. In Kontakthof (which opens Wednesday at Toronto’s Luminato Festival), a woman in a fancy dress stands still as a gaggle of men poke, prod and pull any and all parts of her body. You get a sense of why New York Times critic Arlene Croce called Bausch’s work “the raw pulp of abuse” after the company’s US debut in 1984.

Bausch forced her audience to temper and layer the interpretive moment, a methodology keeping with the trends of close-reading and deconstruction that had become de rigueur in the more textual, “intellectual,” arts. Did her presentation of a woman complicit with her own torture mean that Bausch was, in fact, blaming the victim? What could be made of her appetite for sexual cruelty? Could condemnation or irony be read into the space between choreography and choreographer? Bausch exploited dance’s powerful viscerality, while contextualizing the body inside the big political issues of the day. But instead of being allowed to think about humiliation, (or, say, rape, exclusion, subjugation) we are forced to witness it pared down as symbol, impression, feeling. Women are hit, thrown around, buried in sand. There is no devolution into abstraction; the ideas are sharp and visual and, with that, they carry a familiarity (like a dreamer’s relationship to her dream, we recognize what we see and know its meaning instantaneously). The world looks different in the aftermath of a Bausch piece—and that can be threatening when we step back into our lives.

In Pedro Almodovar’s 2002 film Talk to Her, two men sit side by side in a dark theatre. Onstage, a rail-thin woman in a white slip moves slowly through a deserted café to Henry Purcell’s The Fairie Queen. The effect is sad and ghostly—we know this without much context or narrative, just the ephemeral moment of a body set to music in space. The performer is Pina Bausch dancing her semi-autobiographical Café Muller. One man turns to the other and notices that tears stream down his companion’s face. In making his audience watch an audience, Almodovar distils the intimacy and spirituality of a charged experience of art. It is highly personal and yet necessarily collective. The two men will go on to be locked in an intertwining story of love, obsession, death, fate—and Pina’s choreography, already bursting with these themes, becomes a surrogate expression of Almodovar’s whole film. By asking us to be moved by Pina’s revelation of sadness and desire, Almodovar says wait, look, let me do that to you too.

Martha Schabas’ articles, book reviews and fiction have appeared in The Globe and Mail, The New Quarterly, ELLE 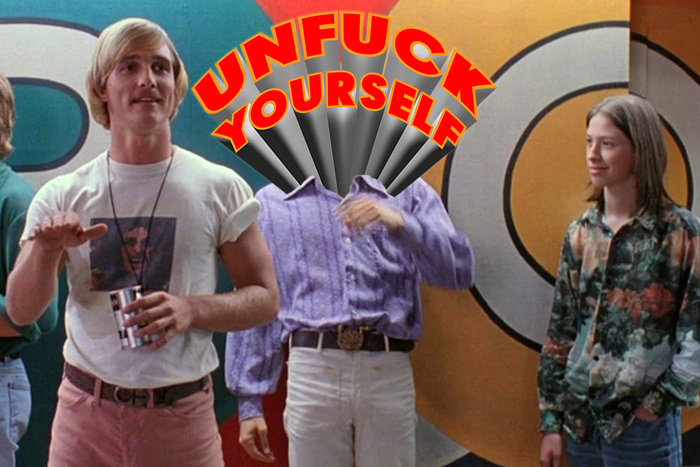 Unf*ck Yourself
What Should I Do About My Infamously Creepy Acquaintance? 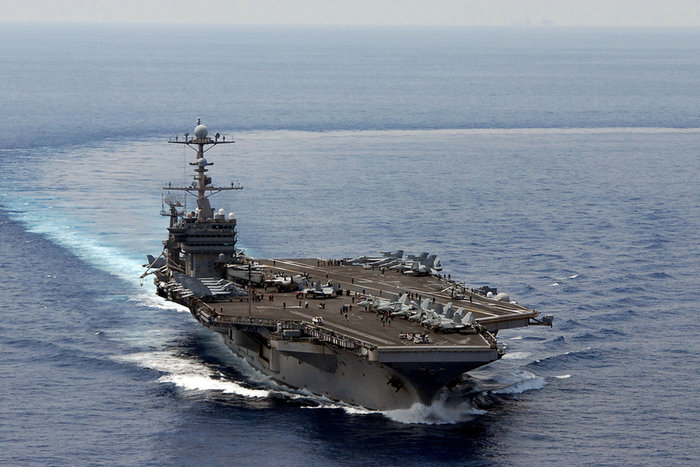 War
If it Comes to War, Can the US Compete With China?