What Should I Do About My Infamously Creepy Acquaintance? 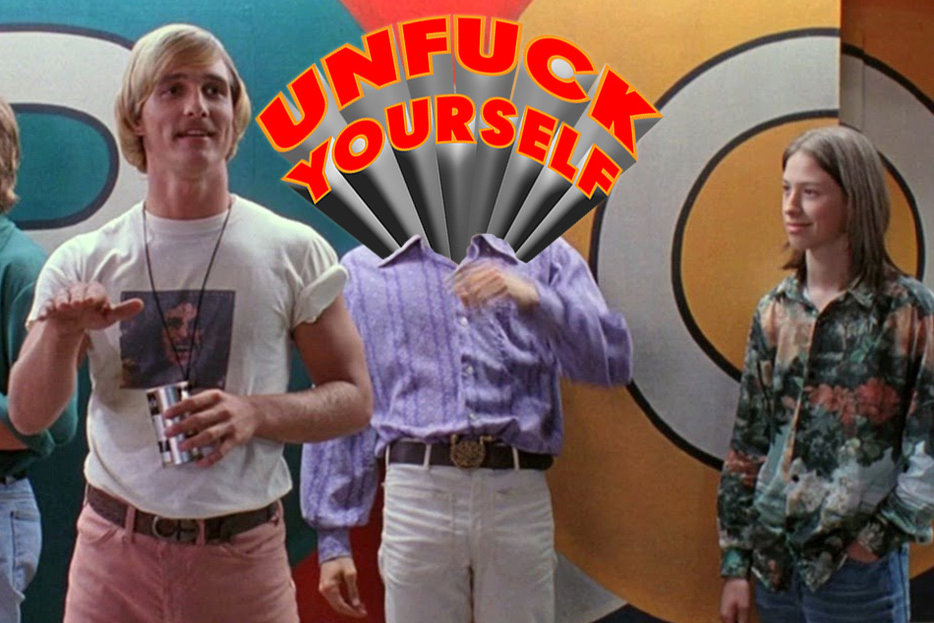 It’s no fun to drop a friend, but as we all know, it can be crucial for your own sanity. It’s sometimes necessary to stop calling an old school acquaintance who only wants to talk about the novel she’s working on. There are times when you have to ignore that pal who keeps “forgetting” his wallet whenever you go to lunch. Maybe you shouldn’t go to birthday parties when the birthday girl consistently accuses you of trying to have sex with her boyfriend.

But of all these reasons, the one I understand the most is when your friend gets engaged, and manages to rope you into it.

Later this summer, a friend of mine is getting married and has asked me to be in her bridal party. The wedding is on the other side of the country, so my bridesmaid involvement is pretty limited, but it’s got me thinking about wedding etiquette for both the couple and attendees. Your behavior when you’re an integral part of a wedding shows your true character. As wedding season approaches, we should all ask ourselves: who are we truly?

Should I get my bridal party to perform “Drunk In Love” at my reception? I don’t know, do you want your 36-year-old cousin to grind in front of your defiantly hormonal junior high-aged nephew?

Should you tie your newborn to your wedding dress’s train in order to involve someone who can’t even hold their own head up? Hey, it’s your kid, but don’t come crying to me when the entire Internet turns against you because you dragged your one-month-old infant on the ground like my dog drags the cat around my apartment by her tail until the cat snaps and bites the dog on her dog-vagina.

And what, pray tell, should you do if, while taking a photo with the bridal party, the dock you’re standing on (WHAT ARE YOU DOING ON A DOCK IN A GOWN) starts to crumble and fall apart?

Well, you do what this bridesmaid did and you let the bride drown and get the fuck out of there. Your duty as bridal party-member goes no further than making a few centerpieces and telling the bride she doesn’t look fat when, yes, duh, she looks fat. At no point should you feel required to keep her from drowning.

I don’t know, do you want your 36-year-old cousin to grind in front of your defiantly hormonal junior high-aged nephew?

That said, if you’ve been asked to stand at a wedding, that’s a pretty big honor and you better not be an asshole about it. I’m not saying you should accept your bride-friend’s request to dye your hair in order to match the other bridesmaids, but don’t complain about an ugly dress, try to wait until 11 p.m. before you get blackout drunk at the reception, and avoid having sex with the bride’s younger brother.

That being said, I absolutely plan on having sex with my friend’s younger brother. Sorry, Kirsten. He looks like a buff baby and I think he is afraid of me so this is a mountain I just have to climb.

Anyway, what are you guys up to?

I know a guy—let’s call him Tom. It’s become a rite of passage among women in the city to go on a surprise date with Tom: a social engagement that is retroactively revealed to be a date. I’m always hearing about him being grabby and pushy. Is it okay to joke about Tom behind his back, or do I have some social responsibility to tell Tom that his behavior is making women uncomfortable?

I’m going to assume you are a man here, because if you were a woman submitting this question, it would read something like, “HELP, THERE IS A HORRIFYING PREDATOR GROPING HIS WAY INTO MY SOCIAL CIRCLE AND THIS FLAME THROWER ISN’T REPELLING HIM.”

Simply put, yes, it is absolutely your social responsibility to tell Tom to back the fuck off. The first part of your letter suggests that your acquaintance merely has some social awkwardness he needs to get over. (If it feels like a date and it looks like a date, it ain’t always a date.) The second part, however, about him being “grabby” and “pushy,” veers directly into sexual assault territory.

If Tom is someone you care about, who you honestly think has good intentions but bad follow-through, pull him aside and tell him how his behavior is affecting the women around him. Gently explain how profoundly inappropriate his actions are, and how he can fix them. If appealing to his ego will work better, then tell him that he is making an ass out of himself and if he doesn’t stop soon, his crummy reputation will spread and he’ll be hard-pressed to find a woman who wants to so much as make eye contact with him. If Tom is indeed decent, he’ll take it on the chin and keep his hands to himself in the future.

But if he doesn’t—if he gets defensive or refuses to change his behavior—please remember: this man is not your friend. Do not invite Tom to private events, do not tolerate him when he tries to make small talk, and tell your female friends that being around him puts them at a slightly higher risk of being assaulted than the risk women deal with every other waking moment of their lives in every corner of this miserable planet we call Earth.

As for joking behind his back, I’m not particularly concerned with sparing the feelings of anyone who infringes on anyone else’s personal space without care. Feel free to call him a fugly slut in your Burn Book, or however it is that adult men gossip amongst themselves.

Here’s something horrible that’s happening to me: my current boyfriend just got a new job, and it happens that he’s going to be working alongside my ex-boyfriend. This would be fine if my boyfriend wasn’t so jealous and if my ex wasn’t such an asshole, but I know my ex is going to say something terrible about me around my boyfriend, and then my boyfriend is going to flip out at him. How do I neutralize this awkward situation? And at the next company Christmas party, how do I stay civil?

— Stuck In The Middle

If there were ever a reason to not double-dip your beak (and butt) in a potentially small industry, THIS WOULD BE IT.

Some of the best and worst advice anyone has ever given me was, “You’d be surprised and insulted by how little people think about you.” So surprise and insult your ex by giving zero fucks about his presence.

Here’s what you can do: tell your boyfriend that this human boil is going to be working with him, and he needs to handle his temper. Remind him that anything negative this person says will be a lie, and then stop talking about it. The worst thing you can give someone you hate is your time and energy, so provide him with neither. Don’t discuss him unless absolutely necessary.

For your current boyfriend: don’t engage. If he’s working directly with him on a project, be polite and courteous, get work done as fast as possible, and then shut it down. Don’t do happy hour, don’t chat in the kitchen, don’t ask how his weekend was. Pretend he is a total stranger who has nothing interesting to say.

If there were ever a reason to not double-dip your beak (and butt) in a potentially small industry, THIS WOULD BE IT.

And for both of you: when you two appear as a couple at company events, or online, or anywhere visible to your ex, always present a united front. Don’t show cracks, don’t show weakness, and don’t let him get to you. If he makes some dumb gag about how you (or he) can do better, or anything about how much better he is without you, or something about the good old days when you used to sit on his face and ride ‘til kingdom come, that’s a perfect opportunity to walk away. If he chooses to be unprofessional, let him.

Being the bigger person isn’t fun, or interesting, or particularly enjoyable, but when your ex gets fired for trying to compare literal and figurative dick-length with your boyfriend in the office mail room, you’ll feel better about taking that high road.

Ever since I can remember, I have wanted to move away from where I grew up. As luck would have it, I got a new job in a new city and my wish is finally coming true. But like that Simpsons Halloween episode with the monkey’s paw (or like that classic short story titled “The Monkey’s Paw”?) there is a price: I have to make a whole new group of friends, as I know only one person in the entire city. How does a guy in his mid-20s in a new city meet friends without the help of university or a big office?

— The Saddest Boy In All of Canada

Well, first of all, anyone who’s able to reference both The Simpsons and Drake in one mouthful is a friend to me. I live in Toronto. Are you moving to Toronto? Are you single? What are you doing next weekend?

Making friends as an adult is hard! There’s no formal structure like there is in school, no forced interactions like there are in camp, and no possibility of rubbing privates together like there is when you’re trying to date new people.

You’re starting a new job, so begin there: ask everyone out for some drinks after work and see if you click with anyone. The best friendships aren’t forced, but the early days are always awkward, so don’t get discouraged if no one “gets you” the way you want them to right away.

Now, I’m going to assume you’re moving alone and not with a partner, so start dating, too, and expect a lot of it to not work out. Some good friendships could come from casual hanging out.

I wish there was something simple I could prescribe to help you find friends, but all you can really do is keep an open mind and try a lot of new things. Have you ever been rock climbing? It’s terrible, but some people like it. Go try that.

Here’s the most important thing: do not be yourself. Be a better, near perfect version of yourself until you have enough people trapped, and then slowly start revealing your weaknesses and dysfunctions until your new friends are too deep in the sticky mucus of your life that they feel obligated to be your best man or tell you to stop prodding your female friends. When you’ve found some people willing to do those things for you, that’s when you know you’ll know you’re home. 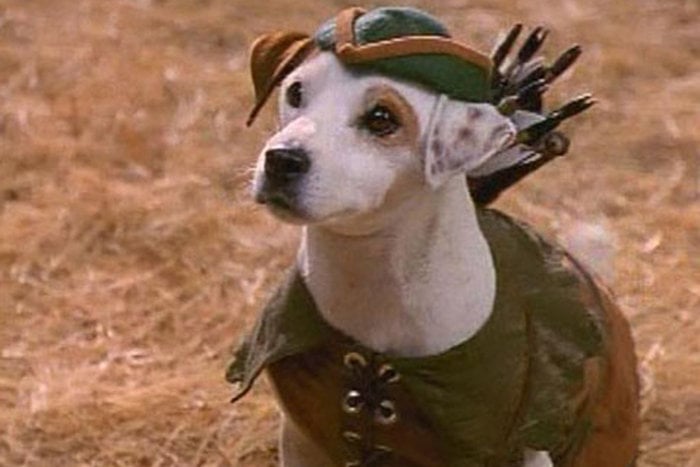 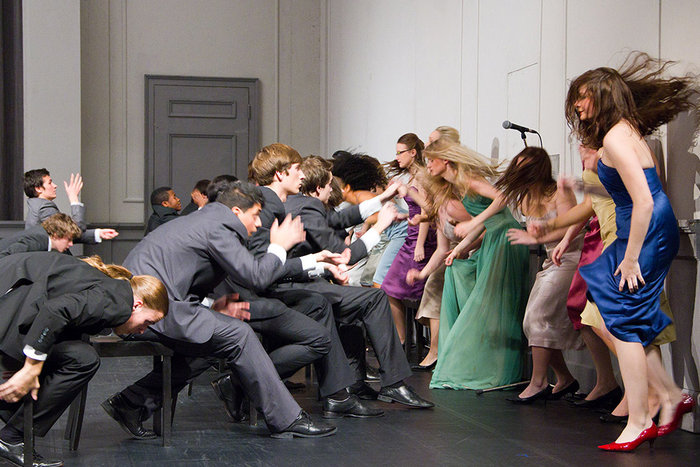 Culture
Step One: There Are No Rules
As her masterwork Kontakthof plays to sold out audiences in Toronto this week, we reconsider the legacy of the great,…