Shakespeare Helps Us Fumble Through Life

Joss Whedon’s fast and loose production of Much Ado About Nothing reflects William Shakespeare more as a writer of lowbrow human interest plays rather than the overwrought soliloquies his work has come to be associated with. 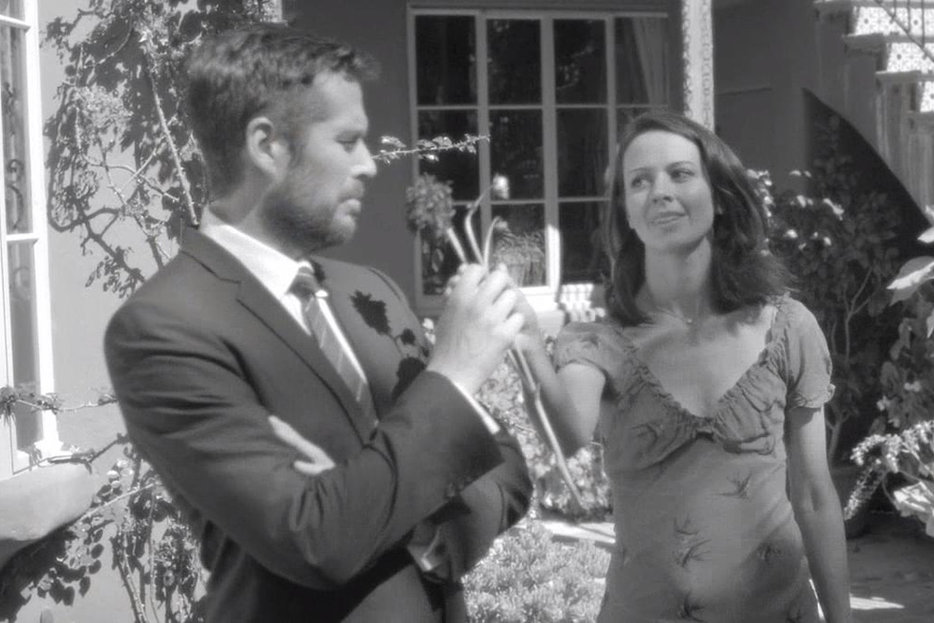 At the Toronto Film Festival screening of Joss Whedon’s Much Ado About Nothing, an audience member asked the director why he chose to shoot in black and white. “Quite frankly it’s faster,” Whedon explained, shamelessly. “You don’t have to redecorate.” For a filmmaker who’s known for perfectionism, Much Ado is surprisingly slapdash. It was shot over 12 days in the Santa Monica house he shares with his wife, and instead of auditioning actors, he just called up A-list members of the Whedon team—including Dollhouse’s Amy Acker, Buffy’s Alexis Denisof, and the fatherly Clark Gregg of The Avengers. Some were given less than a day’s notice before shooting. The actors, in turn, didn’t bother to perfect their lines; many just muddled through, with the wonky cadences of talented amateurs in a park production. (“They were tanked the whole time,” Whedon later admitted.)

Unsurprisingly, the TIFF screening’s star attraction was Whedon himself, the ruddy-faced nerd king who is suddenly one of the most respected and successful directors in Hollywood. Whedon counts Shakespeare among his main artistic influences. This might seem pompous (why not Cervantes and Einstein too?) or obvious (what English speaker doesn’t?), but the connections run deeper than that. Like Shakespeare, Whedon is an acting-company man: his stable of regular performers is the closest thing in post-studio Hollywood to an Elizabethan troupe. Both Whedon and Shakespeare have been cast as geniuses, even though it’s their shrewdness—their understanding of audiences and show-business politics—that enabled their success. And like Shakespeare, Whedon knows the value of high-quality banter, sideshows, and superfluous gags. Much Ado is an imperfect movie, but one that prizes entertainment above all else. This is what makes it such a fitting tribute to its author.

I was a teenager in the late ’90s/early 2000s, which means that, in addition to fumbling through Shakespeare at school, I watched his tales play out in movie theatres adjacent to suburban shopping malls. Hollywood’s preoccupation with Shakespeare is as old as the industry itself—about 400 films were made from Shakespearean material in the silent era alone—but it wasn’t until the mid ’80s that studios began repackaging the Bard for the disposable-income demographic. The first of these was Lisa Gottlieb’s 1985 Twelfth Night revamp, Just One of the Guys, but the game changer was Baz Luhrmann’s high-camp Romeo + Juliet. Other teen-Shakespeare adaptations came in quick succession: 10 Things I Hate About You, O, Never Been Kissed, Get Over It, and She’s the Man.

If you grew up in English-speaking North American, you were probably made to read between three and five Shakespeare plays that you would never have read otherwise. You were told that Shakespeare was the greatest ever, but you weren’t sure why; and you responded to his plays with indifference, mostly, but also moments of intense recognition. (For me, Lady Macbeth’s exquisite guilt and Hamlet’s elaborate procrastinating struck a chord, even though I didn’t care for the plays themselves.) Shakespeare has been lambasted over the centuries (most notably by Tolstoy) for his disinterest in the politics of his time, but that evasiveness enabled an unparalleled commitment to humanism. The Jacobean world of Jesuit plots, religious factionalism, and scheming royal claimants aren’t interesting to the modern high-school set; but the equally intricate realm of love, jealousy, fidelity, sex, and resentment definitely is.

This is the subtext of probably every teen-Shakespeare movie. They depict a milieu where Shakespeare’s writing lurks in the back of characters’ otherwise hormone-addled brains. In 10 Things I Hate About You Joseph Gordon-Levitt’s Cameron breaks into verse—“I burn, I pine, I perish!”—when he sees Bianca, the heartthrob-in-a-belly-top played by Larisa Oleynik. And Julia Stiles—Shakespeare’s shrew, Katarina, re-imagined as a ’90s riot grrrl—confesses her love to Heath Ledger’s Patrick using a modern reinterpretation of Shakespeare’s heartbreaking Sonnet 141. In My Own Private Idaho, Keanu Reeves’s hustler character, Scott, channels Shakespeare’s rebellious son Prince Hal when confronting his own conflicted emotions toward his dad. And near the end of Tim Blake Nelson’s O, Hugo—the film’s Iago stand-in—finds himself unable to justify the terrible things he’s done to his basketball-star rival, Odin. (“From here on out, I say nothing,” he declares, a gloss on Shakespeare’s “from this time forth, I never will speak a word.”) In these films’ pubescent, insecure world, Shakespeare represents the things that you encounter but don’t yet understand.

This is how the Bard came into my life. It wasn’t the golden age of Shakespeare on film, but neither was it the dark ages, as some academics claimed. Unsurprisingly, scholars pilloried these movies for their lack of fidelity, their pandering, and their sacrilege. (Critic and poet Carolyn Jess-Cooke complained of the “tendency…to update and strip down Shakespeare’s language, replace the title, boil down the plot and ultimately use the Shakespeare play as a stamp of cultural legitimacy rather than a faithfully-rendered early-modern text.”) But the very notion of textual faithfulness belongs more to our own time than to Shakespeare’s. For all their flaws, these directors were committed to one fundamentally Shakespearian ideal: there’s nothing wrong with delivering the goods.

Shakespeare was a genius, but not an intellectual—a serious writer, but not the brooding type. He could conjure revenge fantasies, like Titus Andronicus, to satisfy the peanut gallery at the Rose and works of high poetry, like Troilus and Cressida, to play at the Inns of Court. The Elizabethan theatre was a serious moneymaking venture, which had, by necessity, democratic sensibilities. Critic Frank Kermode explains that “the Elizabethan taste for plays was of a piece with a love for other public entertainments such as fencing, bear-baiting, and cock-fighting.” Even the most high-minded plays don’t want for blood and bawdiness, and it wasn’t uncommon to have Julius Caesar spring to life after a play and dance a jig with the rest of the company. Shakespeare didn’t intervene when editors or sensors made hack jobs of his writing. As a businessman, he knew there was no percentage in being precious.

Although beloved throughout the Enlightenment, he wasn’t scrutinized, picked over, and sanctified until the 19th century, when the study of English literature came into its own and students began reading plays with a level of attention previously devoted to the Bible. Biblical notions of sacredness persisted: Shakespeare become a patron saint, whose brilliant but sloppy writing and improbable plot turns were suddenly beyond reproach. (It’s safe to say that Shakespeare, who wasn’t concerned with spelling his own name consistently, didn’t take himself so seriously.)

Nineteenth-century ideas about fidelity gained surprising traction in Hollywood. Although there are probably thousands of Shakespeare-based movies, Laurence Olivier’s stately performances and Kenneth Branagh’s epics are considered the best—i.e. the most devotional. But what they are is Victorian. Olivier’s overwrought soliloquy in Henry III practically invited the parodies that followed, while Branagh’s word-for-word recreation of Hamlet and his immaculately rendered Henry V—which was painstakingly scrubbed of its campy excesses—inspired the kind of reverence that producers rarely gave Shakespeare in his own life, or in the 200 years that followed. Like all films, they look more like their moment in history than the period they’re depicting, although their seriousness of purpose is rooted squarely in the 19th century.

Joss Whedon’s Much Ado is refreshingly casual. It’s made for adults who grew up on Romeo + Juliet, 10 Things I Hate About You, and O. The vibe is older and sexier. Instead of Radiohead, Air, and Biggie Smalls, the soundtrack features Getz/Gilberto-style jazz, composed by Whedon himself, and the costuming consists of designer suits rather than crop tops or plaid shirts. The film includes an epic dance-party sequence, a hammy gag involving misplaced car keys, and a couple of physical-comedy routines that hark back to the Marx Brothers. These add-ons are as fun as they are superfluous: the cinema’s equivalent of the burlesque interludes that graced the Elizabethan stage.

Shakespeare commands our attention, but doesn’t require our diligence. Unlike other equally brilliant writers—say, Milton, Keats, or Woolf—it’s possible to enjoy Shakespeare without investing in him. (The Tempest’s Ovidian overtones are probably interesting, but you don’t have to understand them to like the play.) That democratic impulse is as essential to Shakespeare’s technique as wordplay, irony, or moral complexity. Much Ado is a stylish tribute made by an artist who—like Shakespeare—was busy, distracted, and constantly on the go. Would Shakespeare approve of Joss Whedon? It doesn’t really matter. He probably wouldn’t think approval was his to give. 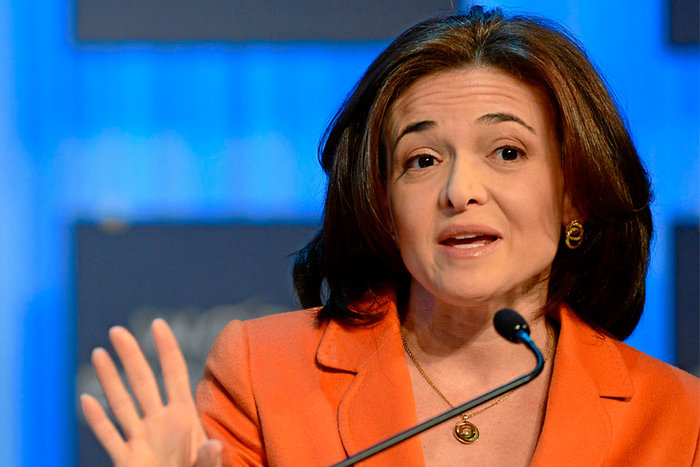 Tangent
Feminists, Save Yourselves: The Problem With the Problems With Lean In
Critics have lambasted Sheryl Sandberg’s Lean In for ignoring structural inequalities and putting the onus on women to… 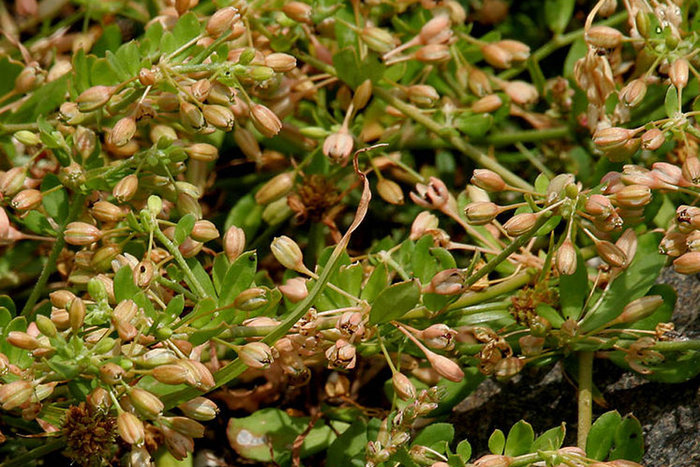 Coda
Week in Review: Easy Ways to Spice Up Your Relationship