Lawrence Wright’s Thirteen Days in September shows how even horrible legacies can stand for beautiful ideals. 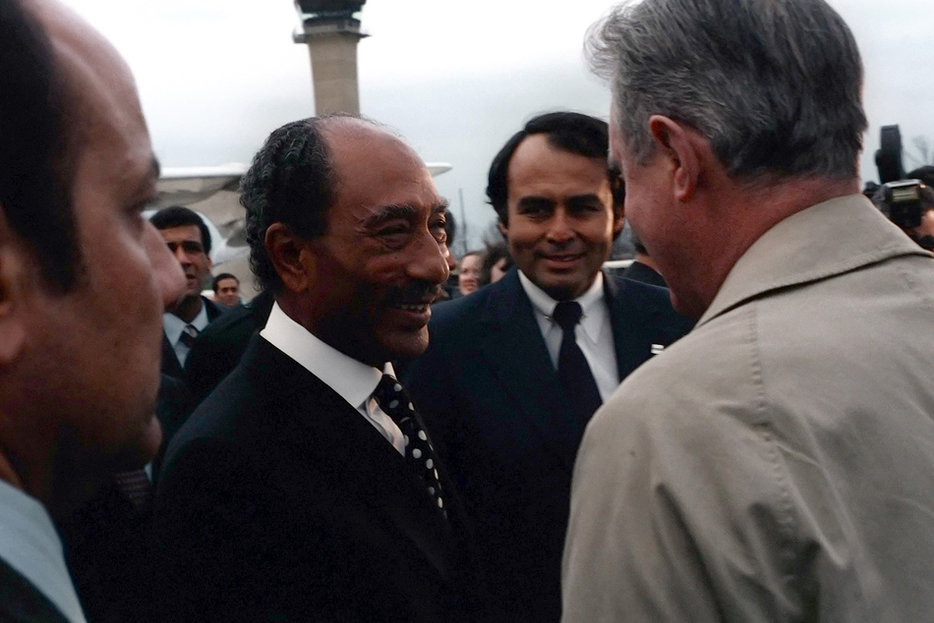 Before Anwar Sadat was the president of Egypt, he used to mope around on the roof of his parents’ house in an apron, pretending to be Gandhi. The Indian ascetic passed through Port Said on his way to London to negotiate Indian independence when Sadat was 12, while Egypt was also a British colony. “I was struck by his character and fell in love with his image. I began to imitate him,” Sadat wrote in his 1978 book, In Search of Identity: An Autobiography. Sadat made himself a spinning wheel of the type Gandhi used, stripped to the waist, and sat on the roof until his father told him to get down: “What I was doing would not, he argued, benefit me or Egypt; on the contrary, it would certainly have given me pneumonia.”

Our imitation of role models may be more overt in childhood than in our adult years. But we always need examples—people in the real world who we can look to for some kind of template as we try to realize abstract goals.

In Lawrence Wright’s new book, Thirteen Days in September: Carter, Begin, and Sadat at Camp David, Wright details Sadat’s early auditioning of role models: “[Sadat] was consciously shopping for the qualities of greatness, trying on attributes and opinions.” By his mid-30s, Sadat had found a new figure to look up to. “My Dear Hitler,” he wrote in 1953, “I admire you from the bottom of my heart… You did some mistakes… but our faith in your nation has more than compensated for them. You must be proud to have become an immortal leader of Germany.”

It doesn’t seem possible to be inspired by both Gandhi, the poster-sage of nonviolence, and Hitler, the avatar of 20th-century genocide. But, as Wright suggests, “[Sadat] was drawn to the autocratic side of Gandhi’s nature, which favored action over deliberation and cared nothing for consensus. Paradoxically, those were the same qualities that drew him to Hitler.”

For Sadat, Gandhi and Hitler’s similar leadership styles may have trumped the discrepancy in their goals. At the same time, their goals may not have been so different; both worked tirelessly for what they considered the greater good of their respective countries. Greatness in politics is about big ideas, but to understand independence, or peace, or sacrifice, most of us need to put a human face to them, which is how our image of greatness can end up a composite portrait with Gandhi’s nose, Nelson Mandela’s chin, and Martin Luther King’s eyes. But an interest in an abstract good like “leadership” means that Hitler’s mustache, Idi Amin’s ears, or bin Laden’s beard can show up, too.

Looking to role models to guide moral action in the world is a bit of a Catch-22; to understand an ideal, we need human examples, but humans can embody these ideals only imperfectly. In the first half of the 20th century, Communism seemed like the winning ticket; the Marxist ideal of a united workforce labouring for an equal society attracted left-leaning thinkers worldwide. But by the time Stalin and Mao had turned their respective societies upside down and caused or ordered millions of deaths, the larger principles of their revolutions were unrecognizable. Even the semantic sleight-of-hand that allows Jesus to be both human and divine doesn’t quite resolve the inherent ambiguities in bringing vague ethical principles into the all-too-precise conflicts we suffer; the question What Would Jesus Do? isn’t as simple as it sounds.

In 1978, a teenage Palestinian militant named Dalal Mughrabi helped orchestrate the hijacking of a bus near Tel Aviv, killing 38 and wounding 72. The Coastal Road Massacre, as it came to be called, was aimed at derailing talks between Begin and Sadat, at a time when Egypt and Israel were in the first delicate stages of a rapprochement. The Camp David meeting later that year was an attempt to resolve the tensions between Israel and its Arab neighbours; as the greatest military power in the area, Egypt’s agreements would be decisive for the region (no Palestinian representative was invited).

The summit was considered a historic success: Sadat and the Israeli prime minister Menachem Begin shared the Nobel Peace Prize for their efforts (“Sadat deserved it,” Jimmy Carter wrote in his diary—Begin was already working to undermine his own promises to end Israeli settlement of the West Bank). It also got Sadat assassinated three years later, by another group reaching for greatness. (The group was called Egyptian Islamic Jihad, and their ideology looked back to the 13th-century writings of Syrian theologian Ahmad Ibn Taymiyyah, who argued that the defence of “pure” Islam should be carried out with force when necessary.)

In 2010, a public space in al-Bireh in the West Bank was renamed “Dalal Mughrabi Square.” “Stop the incitement,” Prime Minister Netanyahu said, in a public statement addressing Mahmoud Abbas, the Palestinian president. “This is not how peace is made.” A spokesman for Netanyahu told the press, “putting [Mughrabi] on a pedestal as a role model for young Palestinians is a message that is problematic in the extreme.”

In some ways, it’s easier to point to “problematic” Palestinian role models, because they’re human-size. To date, some 2,000 Palestinians have been reported killed in the most recent Israeli offensive in Gaza in July and August, most of them civilians. This against some 70 Israelis, most of them soldiers. The United Nations Human Rights Council is currently launching an investigation into Israel’s attacks on schools and homes as possibly prosecutable war crimes. When an entire army of a developed nation is involved in acts of violence, it’s harder to name a square in commemoration of a single person, or a single act. 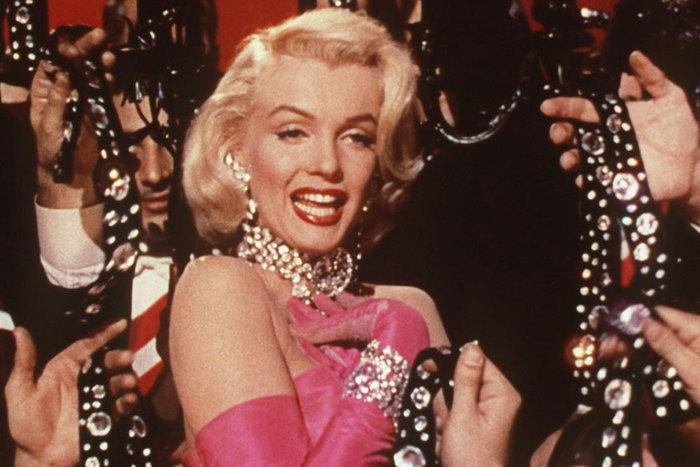