The author of Braking Bad: Chasing Lance Armstrong and the Cancer of Corruption shares his eight favourite books about the world on two wheels. 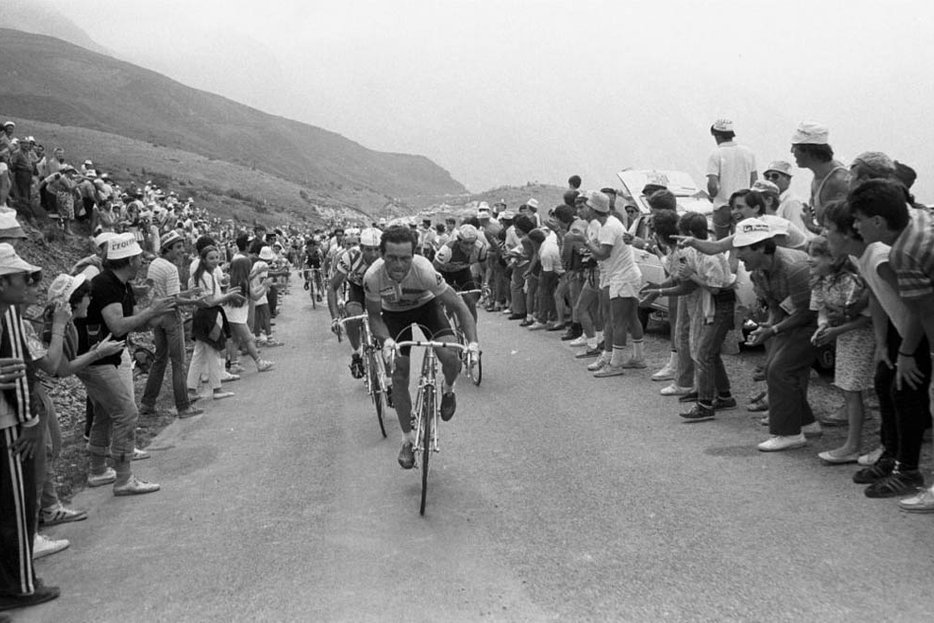 No child of the industrial age has a literature as shallow as the bicycle. For over 130 unbroken years—long before talk of “bike paths” and “bicycle commuting”—people were commuting by bicycle on bike paths, zipping through cities and dales on machines that were so ubiquitous they never inspired much of a literary mention.

As with everything, we can rely on Mark Twain for relevant witticisms (the following is culled from his essay, titled Taming the Bicycle): “Suddenly the nickel-clad horse takes the bit in its mouth and goes slanting for the curbstone defying all prayers and all your powers to change its mind—your heart stands still, your breath hangs fire, your legs forget to work.”

Hemingway pronounced on the bicycle. Susan B. Anthony insisted that, “the bicycle has done more for the emancipation of women than anything else in the world.” Trotsky believed the bike would save Russia—mounting one, the working class man is transformed and “his vanity begins to swell out like his tires.” H.G Wells was a bicycle utopian. John Lennon claimed that he slept with his bike.

Lots of famous folk have talked about bicycles. But where in literature does the bike become the governing metaphor, like the big yellow Rolls-Royce in The Great Gatsby? Few canonical characters from literature gained their status atop a bike. Buy every novel in which cycling, bicycles, thinking about bicycles or racing bicycles forms the narrative thread, and your Complete Harry Potter Collection will still be superior in both page count and entertainment factor.

Which makes recommending cycling books a difficult, but far from impossible task. Doping hasn’t only helped the sport in the peloton—it has spurred a burgeoning literary genre. Nary a week goes by without a former star dropping a tell-all. The sport has a ridiculously rich history, which makes for ridiculously rich history books. (I’d argue the definitive account has yet to written, but the sport makes Rebecca West’s Black Lamb and Grey Falcon, a 1,000-page travelogue of the Balkans, look like a colouring book by comparison.) In almost every respect, reading about cycling is like supporting cycling: absurdly exciting, incredibly frustrating and largely make-believe, regardless of the “non-fiction” tag on the dust jacket. Without further ado, and in no particular order:

1. The Secret Race: Inside the Hidden World of the Tour de France, Tyler Hamilton and Daniel Coyle
Everything you ever wanted to know about how to cheat at sport in the age of the designer drug lies within these pages. You may wonder, as you read of Tyler Hamilton’s astonishing account of his own malfeasance, whether it wouldn’t have been easier not to cheat. Private planes flown to private doctors on private islands, in order to get bags of your own blood injected into a bloodstream already bubbling with EPO? Just another day in the life of a pro cyclist. Short of the United States Anti-Doping Agency’s Reasoned Decision document, nothing else comes closer to describing the ins and outs of a sophisticated doping regimen.

2. The Tour De France, 1903-2003: A Century of Sporting Structures, Meanings and Values, Hugh Dauncey and Geoff Hare
The Tour de France is laden with symbols—just ask Barthes, who called it “a unique fable [that] liberates the French people.” It helps to have a primer at your elbow when watching the opening prologue in Corsica: Dauncey and Hare do a fine job at teasing out the “meaning” of this contest, which is so fecund with historical and intellectual tidbits that even the most rigidly non-sporty boffin can spend the three weeks leading up to Paris knee-deep in big ideas.

3. It’s Not About the Bike: My Journey Back to Life, by Lance Armstrong and Sally Jenkins
In the light of Armstrong’s recent troubles, recommending this book may seem like heresy. But the truth is that there is no better way into the ex-champ’s psyche. The bombast, the uncompromising competitiveness, the borderline insane sense of a higher mission, are all in evidence. “I want to die at a hundred years old with an American flag on my back, and a star of Texas on my helmet, after screaming down an Alpine descent on a bicycle at 75 miles per hour,” writes Armstrong/Jenkins. “I want to cross one last finish line as my stud wife and my ten children applaud, and then I want to lie down in a field of those famous French sunflowers and gracefully expire, the perfect contradiction to my once-anticipated poignant early demise.”

4. The Rider, Tim Krabbé
Krabbé’s superb novel reads like Camus and Gide teamed up with taciturn cycling great Fausto Coppi to write a parsing of a single race, kilometre by kilometre, pedal stroke by pedal stroke. “Non racers,” mumbles Krabbé’s hero before the start, “the emptiness of those lives shocks me.” The Rider ranks as one of the better pure sports novels ever written, and builds up to an aching finale that is entirely bromide free. “Being a good loser,” Krabbé reminds us, “is a despicable evasion.” Writing that line almost makes me weep.

5. Rough Ride: Behind the Wheel with a Pro-Cyclist, Paul Kimmage
Knowing all that we now know, the fact that Rough Ride was in any way controversial when it was first published seems absurd. But Kimmage, a mid-level pro who struggled through four seasons of an impossibly tough career, was the first to break the omerta—indeed, most in the peloton were popping caffeine suppositories and injecting amphetamines, long before the advent of EPO. At times tragic, especially in an updated edition that details the short life and pathetic death of a teammate, Kimmage’s book is the proto-doping exposé, and all the more essential and courageous for it.

6. Slaying the Badger: Greg LeMond, Bernard Hinault, and the Greatest Tour de France, Richard Moore
Bernard Hinault, five-time Tour champ, was “the Badger”—tough as a tank with twice the firepower. His young, fresh-faced teammate, Greg LeMond, was “L’Américain,” as free of guile as the sobriquet suggests. In 1986, they engaged in a one-on-one war that was so psychologically vicious that it threatened the younger man’s sanity. This wasn’t quite the best Tour de France of all time—that would be LeMond’s narrow victory over Laurent Fignon in 1989—but it’s well within the top ten. Moore does an excellent job of getting into LeMond’s head, but he never comes close to explaining the Badger. Some men are beyond the reach of even the most sensitive biographer.

7. We Were Young and Carefree, Laurent Fignon
As you’ve probably guessed, the title drips with irony. Fignon lost the 1989 Tour in the final stage, by eight seconds, and it broke his spirit. He writes of his early years with a sense of sepia-tinged nostalgia that does nothing to hide the pain, the disappointment and the self-doubt that plagued him throughout his career. A stud athlete of exceptional physical prowess, Fignon was never as successful as he could have been. The book, daubed with melancholy, is made all the more poignant by the fact that Fignon died in 2010, at the age of 50.

8. Kenk: A Graphic Portrait, Richard Poplak, Nick Marinovich, Alex Jansen, Jason Gilmore
Is it bad manners to include one’s own book on a “Best Of” list? Fuck manners—this is cycling! Toronto’s own Igor Kenk was the most prolific bicycle thief in the history of the vocation. When he was busted with over 3,000 bikes in his downtown shop, the international media picked up the story, and Kenk went global. But for all his scuzzy activities, Kenk believed that in a future dystopia, the man with the bikes was king. Part curbside philosopher, part ladies man, part crook, Kenk was one of New Yorker writer Joseph Mitchell’s “ear benders”—men and women uninterested in convention, attempting to reconceive the world story by story. Marinovich’s scarred-up images make this the punkest journalistic graphic novel, perhaps ever. 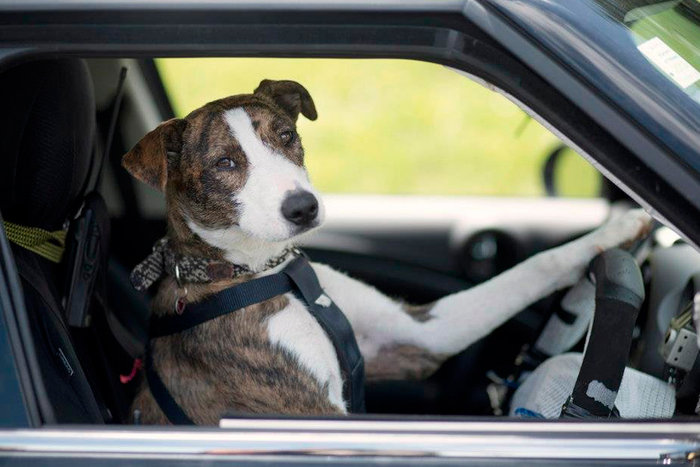 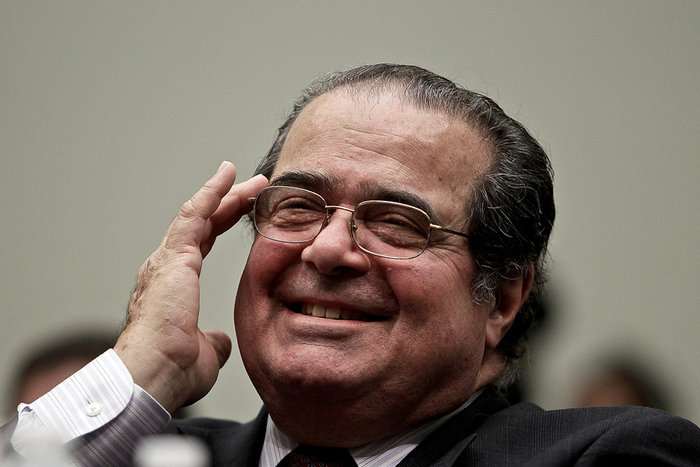