A House Of Many Mansions, A Nation Of No Lessons 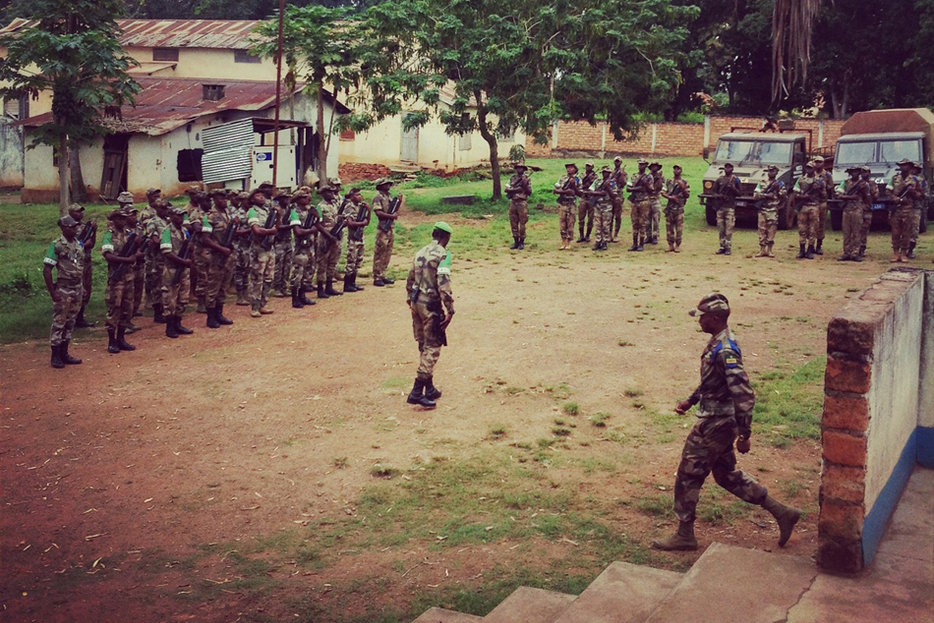 It is morning in the African Union forces’ MISCA camp, and a fine drizzle dampens the clamour coming from the refugee tents at the foot of the hill. The captain greets us wearing full uniform, his beret cinched over his brow. It is Independence Day in his country, Gabon, and he has prepared a speech for his troops. His words will inspire his men, he tells us, sharpen their will, fill them with pride.

“Gabon Emergent” runs his government’s official tagline, and indeed the country functions as a sort of anti-CAR, a photonegative of this red-tinged nightmare. Two countries with similar histories and converging futures—how is it possible that they could be so different? Gabon’s capital, Libreville, is mellow, growing, functional. The president, Ali Bongo Ondimba, has starred in a National Geographic documentary detailing his enormously progressive marine ecology policies. (Can you imagine CAR’s Catherine Samba-Panza waxing on about the country’s beleaguered elephants? The idea is preposterous.)

Once, long ago, the French swept into Gabon and reinstalled the hated Leon M’ba after he was ousted by a series of popular protests; Camp de Gaulle, on the outskirts of Libreville, remains garrisoned by French troops to this day. After M’ba came the cunning Omar Bongo. In many respects, Bongo’s numberless high-end properties in France made him the typical Third World kleptocrat, but something very interesting happened during his 41-year tenure—a subtle, artful, shaded shift in post-colonial power dynamics. Bongo, with his oil and uranium money, bought himself not only dozens of French chateaux, but French politicians, and big ones. He was a kingmaker; aspirants travelled to kiss his ring. Like all great men, there is a summary statement attributed to him, one that he may or may not have said: “Gabon without France is like a car with no driver. France without Gabon is like a car with no fuel.”

Bongo died in 2009, his son Ali won the election following his death, and Gabon today is by no means perfect. But there is certainly cause, on this rainy day in Bambari, to celebrate independence, even if no one quite knows how to define the term. In the infinitely complex series of relationships that define Francafrique, Gabon, which still hosts French troops as a nod to history, fights alongside French forces in order to protect CAR from the future. Who represents the puppet, who pulls the strings? If only Borges, or maybe Beckett, were here to restage this question. In pure geopolitical terms, however, there is no suitable answer, so tangled up has it all become.

The road back to Bangui, CAR’s capital, is streaked with peril. Not so much for those of us in the 4x4, but certainly for those on the other side of our grimy windows, who must daily face its horrors. The first leg from Bambari to Grimari is uneventful, but soon after we are flagged down by a man on a bicycle.

He converses in Sango with Rodrigue, our fixer. The man, Rodrigue tells us, is a pastor. He wants to warn us that soon we will encounter a roving band of anti-balaka, and we must not breathe a word of them to the French Sangaris forces stationed in Grimari. The anti-balaka have captured a witch from the town of Poumayassé, says the pastor, and they claim that this witch killed two men from their own village by means of a spell. They warned the pastor that if he tells the French, he’d be next. “Say nothing,” he tells Rodrigue.

Does CAR offer any lessons, something cheerful to take home and speak about with human rights advocates and development NGOs? I don’t think it does. Unless, of course, one wants to understand what colonialism’s legacy really looks like. But very few people, in my experience, do.

Sure enough, only a few minutes later we make out 15 figures backlit by the raging sun. They are carrying bandaguikwa—guns—and machetes. Around their necks, they wear their battle charms. There are boys in the group no older than eight. In a ditch, the man they say is a witch lies hogtied to a thick length of bamboo, the side of his head staved in, clumps of grit from the road clinging to his hair. He is not yet dead but dying, breathing into the mud in short shallow gasps.

And so, a tidy ethical conundrum typical of the place unfolds. Does Rodrigue call the Sangaris commander in Grimari to come and deal with this mess, thereby risking the pastor’s life? Or do we leave these men and boys to their work, thereby ensuring the pastor’s safety and dooming the man on the bamboo stick to certain death? The gang leans into the truck, their leader shakes my hand. They tell Rodrigue that they will take the witch to their village, where the chief will pronounce on his fate. People are killed for witchcraft in CAR all the time—we know this. The Sangaris, Rodrigue assures us, will do nothing. Calling these men and boys anti-balaka—which provides them with a coherent rebel designation and an official, understandable place in the country’s drama—is absurd. They are just village men doing village business, settling village scores. We leave the witch and his captors behind us, and make it back to Bangui in the dark and the rain.

What next for CAR? I think by now you’ve probably guessed. The country will fragment into a confessional, a little Lebanon in the middle of Africa—what the writer Kamal Salibi, quoting John 14:2, calls a house of many mansions. In September, the UN stepped in to manage the management of the chaos, and their 8,000 strong MINUSCA peacekeeping force is now locked and loaded and ready to keep peace. Meanwhile, a UN panel of experts has learned that illegal gold and diamond smuggling continues to fuel the conflict. But no prescriptions from afar will help CAR, mostly because those from afar have too many of their own interests to protect. The country is broken, and this is what a broken place looks like.

Does CAR offer any lessons, something cheerful to take home and speak about with human rights advocates and development NGOs? I don’t think it does. Unless, of course, one wants to understand what colonialism’s legacy really looks like. But very few people, in my experience, do.

One thing, though: like many African intellectuals at the time, CAR’s founding father, Barthélemy Boganda, hoped that post-independence the country would form part of a region-wide federation or confederation in some way linked to France. He knew that Oubangi-Chari, as colonial CAR was known, was too small, too sparsely populated, too remote to survive on its own. De Gaulle, as it happened, agreed. But the two men disagreed on sovereignty, on what citizenship meant, on who would have the ultimate influence over whom. There were many reasons that the dream of federation died, and with it any chance of success in the middle of Africa, but the main reason was that the chaos ultimately suited everyone. You’d think it would be easier to make money in a regulated environment governed by the rule of law, but the sad truth is that the deregulators and their libertarian-spouting hench-lobbyists have got exactly the right idea: extreme disorder breeds extreme wealth. Not for everyone, of course, but there are winners and losers in all things.

Perhaps there’s something in the idea of federation, something that points to a future. But as CAR shatters like a neon bulb, sending shards of mayhem across the region, the winners sink further into the jungle. It has ever been thus. Why change now, just because someone whispered “genocide”? 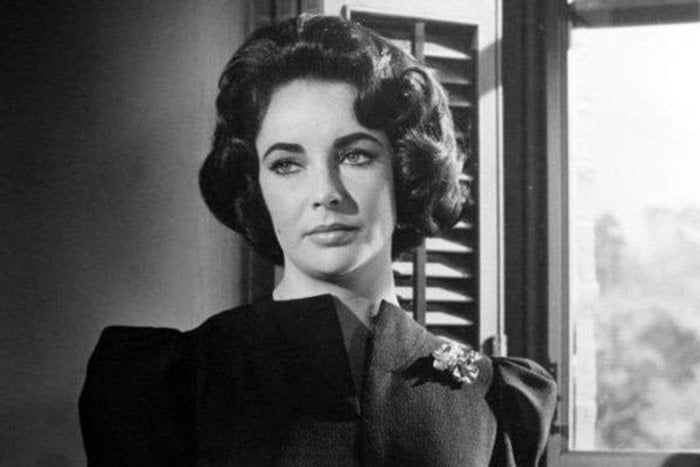 Unf*ck Yourself
How Can I Grow My Eyebrows Out Without Looking Like A Monster?
On fixing beauty mistakes, cutting out old friends, juggling your workload, and deciding where you and your very… 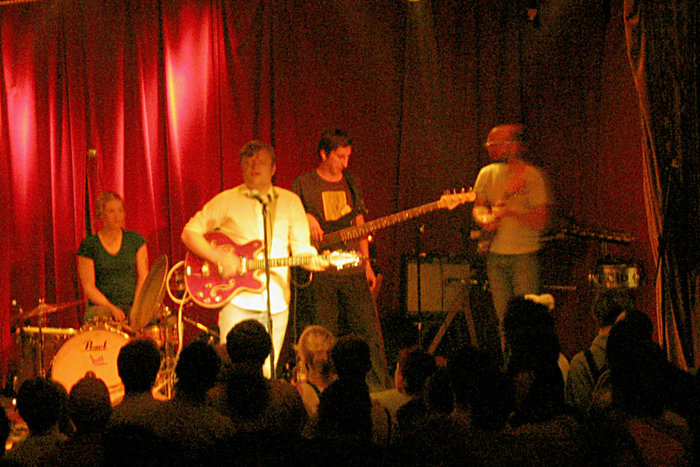 Interview
‘It’s Okay to Sound Stupid. It’s Not Okay to Sound Mean’: An Interview with Carey Mercer
The beloved leader of Frog Eyes discusses his first book, Clouds of Evil.