As a full retrospective of Jarman’s films opens this week in Toronto, we look at the director’s approach to queer filmmaking, which often meant more than simply telling queer stories—it meant responding, sometimes in hostile fashion, to a suffocating status quo. 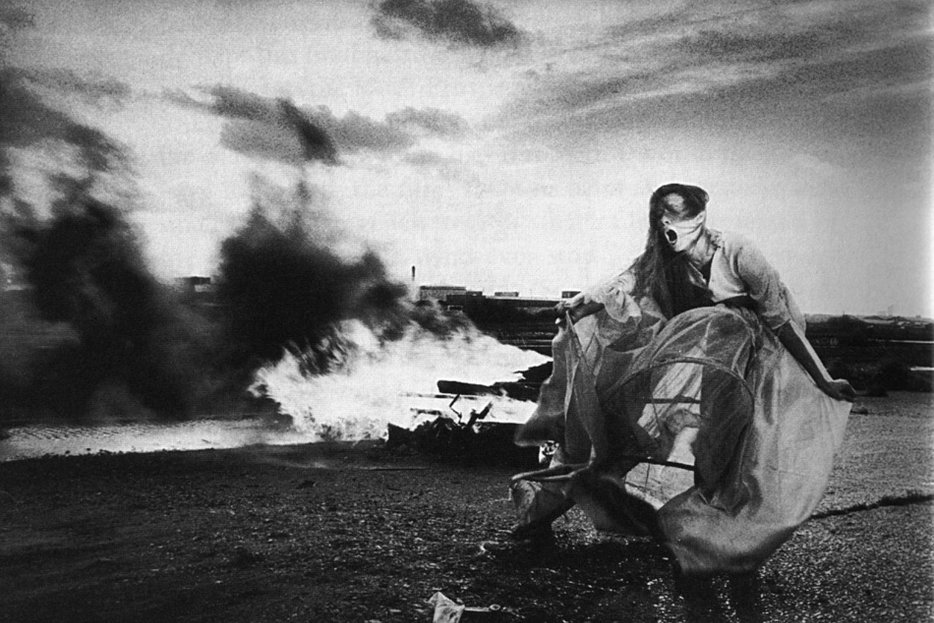 In February 1981, Jean-Luc Godard and Ed Lachman, his newly hired cameraman, travelled to the United States to join Francis Ford Coppola on the set of his latest film, One From the Heart, for which an elaborate Las Vegas facsimile had been constructed at stratospheric expense. As critic Richard Brody recounts in his biography Everything is Cinema: The Working Life of Jean-Luc Godard, an arrangement was made by which Godard would be permitted to make use of the sound stage and its various accoutrements while Coppola faced production delays: “At a cost of $30,000 for one day of shooting,” Brody writes, “he used Coppola’s studio, sets, and crew to film several tableaux vivants—including one of a painting by Rubens, The Fall of the Damned, and another of The Newborn, by George de la Tour.” These scenes would ultimately find a home in Passion, Godard’s film about the agony of the creative process, where they would represent a frustrated director’s efforts to stage precise cinematic reproductions of Baroque and Renaissance masterworks. At the end of the film, the shoot exhausts its budget and the director abandons the project, leaving the filmed paintings without a narrative to crystallize around them.

Godard, Brody tells us, conceived of his thwarted director hero as a surrogate for himself, but in a few short years another filmmaker would come along and realize this filmed-painting dream. In 1986, back on the other side of the Atlantic, esteemed British director Derek Jarman made Caravaggio, his brashly postmodern biographical portrait of 17th-century Italian painter Michelangelo Merisi da Caravaggio, and in so doing mounted, like Godard’s stand-in before him, tableaux that brought the master’s work vividly to life. And as Queer Pagan Punk, a full retrospective of Jarman’s films, opens at Toronto’s TIFF Bell Lightbox today, just months after the Cinematheque’s Godard programme, the directors’ similarities seem illuminated even further.

Their lives, in fact, mirrored one another’s in a number of significant ways. Like Godard, Jarman enjoyed a career as a journalist and critic before graduating to filmmaking; also like Godard, he had a reputation as something of a polemicist before ever stepping foot behind a camera. Both were erudite and fiercely intellectual. Both leaned radically left, often to the point of alienating their colleagues and peers. Both actively participated in political causes—the French student protests of May ’68 for Godard, the AIDS movement for Jarman—whose ideological ramifications are still felt today. And suffice it to say that both made films whose provocations incited about as much controversy as acclaim.

In Edward II, the requisite furnishings of the costume drama find themselves intermittently exchanged for modern fashions, including jet-black business suits and studded leather jackets. During Edward’s violent climax, English nobleman and general troublemaker Piers Gaveston, having carried on a rather public affair with the King, is beaten to death in the street by police officers decked out in riot gear, who go on to face down gay rights protesters with shirts bearing slogans like “Queer As Fuck.”

Of course, the thing that most conspicuously distinguishes Derek Jarman from Jean-Luc Godard—as a filmmaker, an ideologue, and a man—is that Jarman was gay. For another person this might have seemed a superficial distinction, but to Jarman it was everything—it was, to himself and to others, his essence. Jarman did not consider himself merely a filmmaker, a painter, a journalist, an author of autobiographical nonfiction, and an activist; he considered himself, and was considered in the popular imagination, a queer filmmaker, a queer painter, a queer journalist, a queer author of queer autobiographical nonfiction, and, especially, a queer activist. His sexuality informed his work no less than, say, Godard’s foray into Maoism informed his. This was partly reactionary: the intensity of his sexual identity was a response to the politics of the period, which, in England during the 1980s in particular, sought to double down on repression as a means of combatting what many felt was an encroaching threat to the hetero status quo. Broadly speaking, Jarman became a prominent figure at a time when the far-left punk ethos of the late 1970s began to clash with a new wave of social and political conservatism, and part of his significance as a British artist had to do with his defiance on the frontlines of a culture war. Jarman didn’t fit into the hard-right vision of Thatcher’s Britain. That’s why people liked him.

If Jarman’s films feel at all dated today, it’s probably because their hostility seems, by our standards, a bit unnecessary; we’ve long become accustomed to a world less resistant to the progressive values his cinema stood for, and it can be difficult to comprehend his need to insulate himself with such militancy. Part of what seemed so radical about Jarman’s films during the 1970s and 1980s was how “naturally” they regarded queerness, but, ironically enough, that naturalism now registers as somewhat overcompensatory, as if, where queer characters or situations are concerned, the films were making a big deal of not making a big deal of it. To that end, it’s helpful to keep historical context in mind. It probably wouldn’t shock us much today if, for instance, an art house film intimated homoeroticism among well-known historical figures, or if elements of the Bible were seized upon as ambiguously queer. But in 1987, when Jarman’s anarcho-punk battle cry The Last of England did precisely that (and more), it was enough to incite scandal and outrage on a national level, to the degree that government officials swiftly rose to denounce him. (It probably didn’t help matters that Jarman appeared often on British television to advocate queer rights and extensively malign the leadership of the country.)

As a queer filmmaker, and more broadly as a political one, Jarman was unique in that his films were not exclusively “about” any one ideological talking point or agenda; indeed, part of what makes his cinema so refreshing is the almost incidental manner in which his political ideas are articulated. Nowhere is this more apparent than in his three great historical-biographical features, Caravaggio (1986), Edward II (1991), and his masterpiece, Wittgenstein (1993), which together provide the clearest expression of Jarman’s queer experience. In these films, Jarman reaches into the past to understand the cultural and political history of homosexuality, and then, more daringly still, draws connections between this historical record and the agonies and urgencies of contemporary gay life. Their power is derived from their many juxtapositions: biography and autobiography, personal and political, past and present.

Anachronisms frequently bubble up beneath the surface of period-piece veneer. Tuxedos, jazz bands, cigarettes, and glossy magazines all intrude into the otherwise authentic 17th century world of Caravaggio, each appearing with the studied nonchalance of a slip-up. In Edward II, likewise, the requisite furnishings of the costume drama find themselves intermittently exchanged for modern fashions, including jet-black business suits and studded leather jackets. This tendency comes to a head during Edward’s violent climax: English nobleman and general troublemaker Piers Gaveston, having carried on a rather public affair with the King, is beaten to death in the street by police officers decked out in riot gear, who go on to face down gay rights protesters with shirts bearing slogans like “Queer As Fuck.” All pretense of verisimilitude is dropped for the sake of an impromptu demonstration.

In lesser hands, such moments might scan as a bit too cute, but for Jarman they carry the charge of seriousness, even necessity. Jarman died of AIDS in 1994, at the age of 52; is it any surprise that, in retrospect especially, everything in his life seems to persist in the shadow of his queer identity? The vitality and strength of his films comes in no small part from their conviction, from their dedication to advancing an idea of the world that Jarman felt rang true. A queer cinema, for Jarman, meant more than simply telling queer stories; it meant recognizing the suffocating straightness of the status quo and responding to it vocally, even violently. The aggression that animates his films, the hostility that today feels unneeded, was central to their effect—and to his legacy. 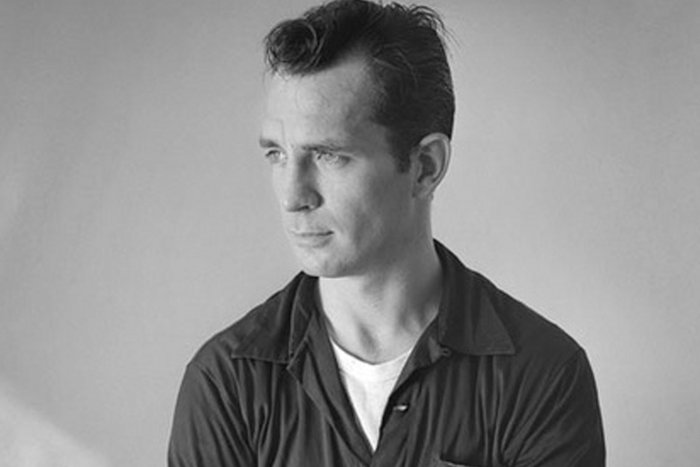 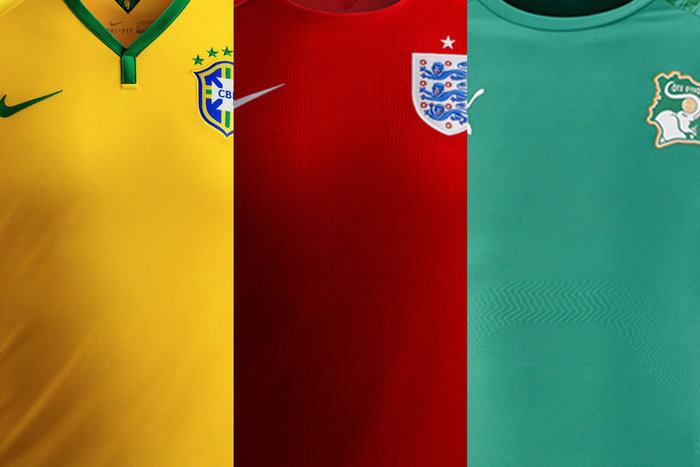 Sports
The Uniforms of the 2014 World Cup: A Complete Guide