Anna Todd’s One Direction fanfic-turned-novel After lets readers indulge specific fantasies—not just through the fictionalized versions of celebrities, but through the author’s life as well. 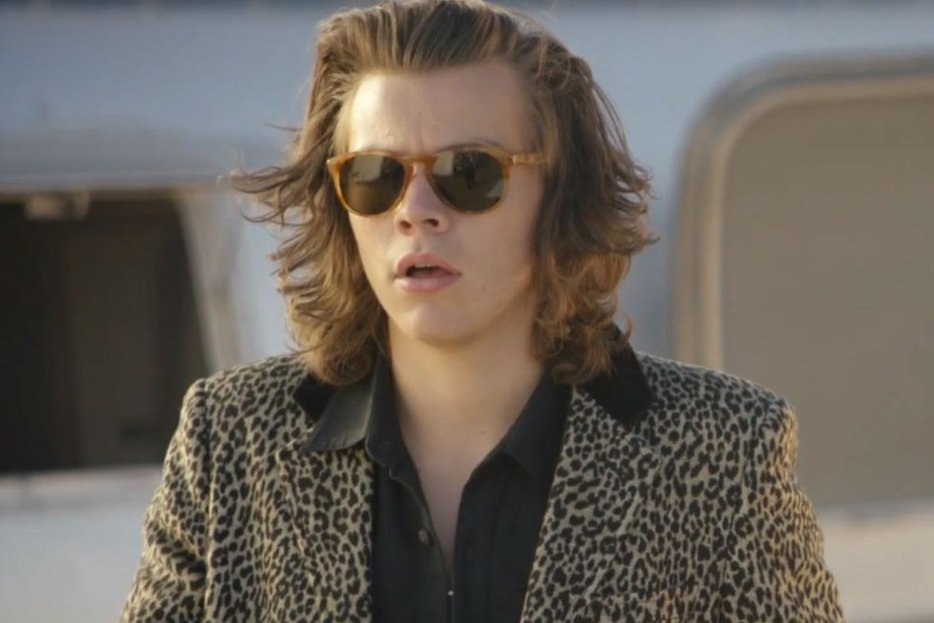 Oh, Hardin. Or, uh, Harry. (Still from One Direction's "Steal My Girl")

After is a tale as old as time: girl meets boy, boy is terrible to her, girl gets H-O-R-N-Y. When clean-cut Tessa leaves her family (and cardigan-wearing good-guy boyfriend, Noah) behind for university, she meets Hardin, a darker version of One Direction’s Harry Styles—a pierced and tattooed punk with a reputation as campus lothario. They start an excruciating on-again off-again relationship, punctuated with drunk sex, laddish input from Hardin’s friends (the other pseudonymous 1D boys), and some of literature’s saddest handjobs. All that in a few thousand pages, written entirely on Wattpad, a popular online writing community based out of Toronto. And people really like it: since being published on Wattpad in spring 2013, After has gotten over a billion “reads.”

It’s impossible to know what one billion reads means in terms of actual readership, but it doesn’t really matter: author Anna Todd has already signed a six-figure multi-book deal with Simon & Schuster to turn After into a paperback series. Two of the books are already out, with the final installments out in December and in February, and Paramount has bought the screen rights. The story’s incredible online popularity—and, now, mainstream publishing attention and dollars—come from its appeal to the thirstiest demographic out there: teenage girls.

Like the majority of the Wattpad community, Todd accesses the site primarily through her phone. She wrote After at home while between jobs, tapping out chapters on her Samsung Galaxy and uploading them daily to her growing fan base, often without re-reading what she’d written. Within a year and a half of writing as “imaginator1D,” Todd had amassed a 2,500-page opus—and, more importantly, a legion of adoring fans. “There’s been a lot of crying,” she says of meeting the self-titled “After Family” in the wake of the print book’s release. “They bring letters and friendship bracelets. It’s really amazing.” Her readers are used to this kind of intense interaction; many of them are diehard One Directioners. “Anything you put on the Internet with One Direction, it’s going to get looked at.” Todd says. “Teenagers and, I guess, women my age, love them.”

They really, really do. Fandom is a driving force of Wattpad—although some fiction posted to the site is original, much of it is fanfiction, based on Twilight, Disney films, or, overwhelmingly, Harry, Zayn, Niall, Liam, and Louis of One Direction. While After is the most popular 1D story on Wattpad, there are thousands of others like it. The story “Err… WHY ARE ONE DIRECTION BEHIND THE SOFA?!?!”—about a normal 17-year-old girl whose life is turned upside down by the sudden arrival of five British pop stars at her home—has nearly 28 million “reads.” Traditional fantasy—werewolves, witches, vampires, and so forth—is also popular, but One Direction fanfic in particular seems to be its runaway hit. Sultry vampires might be titillating, but what Todd and other 1D fanfic writers are creating taps directly into the fantasy lives of mostly young, mostly female Wattpad users. After lets fans live out their pop daydream: getting close enough to really know (perhaps Biblically) their idols.

Todd, a 25-year-old self-described “army wife,” first found Wattpad through her fascination with the non-threatening boys of One Direction. After a cousin sucked her into a “YouTube black hole” of their videos, Todd started reading micro-fiction pieces about the band left as comments on Instagram fan accounts. A link led her to Wattpad, where she hit the fanfic mother lode. After a few weeks of avid reading and commenting, she decided to try writing a 1D story herself. A year and a half later, she had a publishing deal.

The publishing world’s attention to online fanfic has intensified since 2011, when “Snowqueens Icedragon”—better known as Fifty Shades of Grey author E.L. James—took her sexy Twilight story from fanfiction.net and turned it into the most popular paperback in the world. Some fanfic forums have capitalized on the increased public interest, starting their own small press publishing houses: since 2009, at least four small presses have sprung from the Twilight fanfic community alone. Fan-produced works are also drawing interest from major publishers. Last year, Simon & Schuster’s Gallery Books imprint rejigged a piece of Twilight fanfic, “The Office,” into Beautiful Bastard; the sexed-up novel sold 1.5 million copies. But while risk-averse publishers see popular fanfic writers as safe bets with a pre-existing and engaged consumer base, readers are divided.

Fanfic communities are active and tight-knit, with a dialogic model of production that leaves the creation and dissemination of stories a kind of team effort. On forums and fan sites, readers and writers interact directly, bonded by an intense love of the fic’s shared source material. There is also a certain pride in the lack of money involved, which many see as a testament to the community’s appreciation of the art. Simon & Schuster has no plans to take the story away from the community that helped build it—Todd is keeping the original After free online. “[The story] felt like it wasn’t mine to take from them,” she said in an interview with The Social.

The story’s incredible online popularity—and, now, mainstream publishing attention and dollars—come from its appeal to the thirstiest demographic out there: teenage girls.

To date, After has more than six million comments on Wattpad. Fan accounts, art, and tribute fiction abound on the site. Todd keeps up an active social media presence, posting about her writing, sharing pictures of her new tattoo (a book, on her wrist), and interacting with the Family. “It breaks down that fourth wall,” she says. “Social media makes it easy to live in the After world. You can talk to the characters online, you can talk to me.” Indeed, Todd-as-author feels like another character in the After story, its creation as much a narrative as whatever hardships Hardin and Tessa are facing. “I think the fantasy element of fan-fiction [combined with] social media interaction lets you extend the experience and live in another world for a while,” she said. “My readers care for me as much as they care for the story, just as I care about them,” Todd says. “We’ve made a whole world together.”

Meanwhile, fans on Twitter declare personal victories (“ANNA TODD SAW MY DRAWING OF HER AND DMED ME I’M DYING!!!!”), share photos of themselves reading the paperback (“I’m so happy to finally have it and I’m so proud of you Anna!”), and beg to be in her presence (“are you ever coming to florida i want to meet you sooooooooo bad <3 <3 <3 <3 <3 <3”). Todd is a dutiful retweeter and often replies with messages of love and gratitude. A fan writes “Good morning! love u!” and she replies, “goodmorning <3 love you more!!” Another reports being sick and Todd is on it: “oh no!! I hope you feel better!!”

But not all fans of 1D appreciate After. The book has plenty of critics, from attacks against the writing style, objections to the negative portrayal of even a fictionalized version of Harry Styles, and most damningly, accusations that Todd is not a “true” fan. “She only used Harry to make her books popular,” said a particularly defensive One Directioner, using the #SuspendAnnaTodd hashtag that has (of course) been started in protest of After. During a recent trip to the American Music Awards where Todd came face to face with the boys of 1D, Directioner Twitter exploded with bile. It doesn’t seem to bother her, though it’s worth noting that “Anna Todd” is actually a pseudonym. “Everyone has an opinion and they’re entitled to express it,” she says. “I just focus on the people who love the story, and understand it and support me.”

It’s easy to draw parallels between After and Fifty Shades of Grey. Like James’s erotic romance novel, Todd’s story is full of sexy-in-that-they’re-having-sex-but-also-what’s-going-on-here sex scenes (“Your pulse has quickened, hasn’t it? Your mouth is dry, you have that feeling… down there”), an emotionally complicated relationship (“Just because I messed around with you doesn’t mean I want anything to do with you,” Hardin tells Tessa when she tries to stop him from drunkenly breaking more of his possessions), and has its origins in an active fanfiction community. Each writer became, to their fans, as much a celebrity as the subjects of their writing. But while James has quietly backed away from the fanfiction communities where she got her start, Todd, with her @ replies and free Wattpad story, has made herself a fan’s dream. The fantasy indulged by After is further realized in her celebrity author persona. You can meet your heroes! They love you too!

The popularity of these books—After was recently a Publishers Weekly bestseller—is linked not only to a preexisting fan base, but a willingness on the part of the authors to engage with that fan base on the fans’ terms. The appeal of fanfiction lies in the fantasy of acknowledgement: The idea that the thoughts that occupy a fan’s time—love of a band, a fantasy about a wolf-person, dreams about awkward, intimate sex with Zayn Malik—are given respect and attention by others. In turn, they reward this attention with their own.

This is pop literature in the time of Twitter. Writers and fans interact with each other constantly over smartphones and tablets, adoring and criticizing each other’s work, discussing plot developments or character relationships, and demanding changes from writers mid-process. Typos rarely matter, but timing does. Wattpad’s community-based system has drawn in a generation of readers who are used to offering input and having that input considered instantaneously, whose currency is likes and shares, and who really, really fucking love One Direction. Most importantly, though, they demand access to the things they love—like the sexual exploits of a fictionalized pop star, and the very woman who brought them that story. 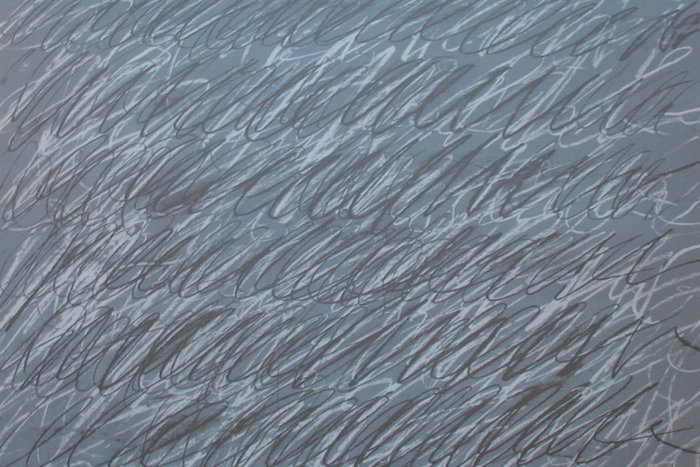 2014 in Review
2014 Is Not A List
On the insufficiency of numbers, black metal turned aggressively queer and danceable, and finding that certain brand of… 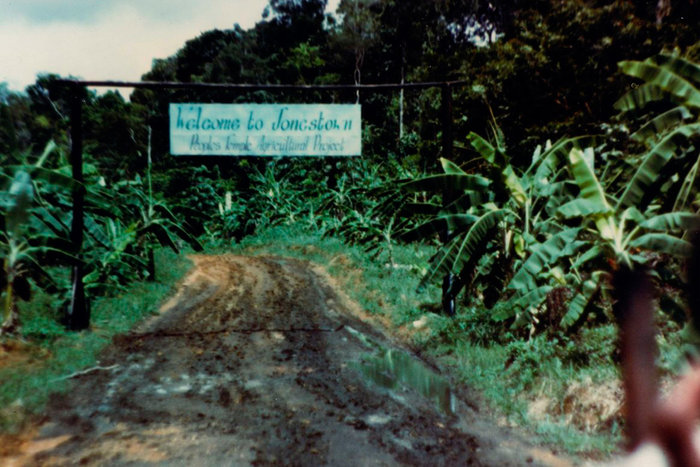 Society
‘How Did This Happen, and How Did I Not See It Coming?’
Over 900 members of Jim Jones’s Peoples Temple died on November 18, 1978. Here, in their own words, are some of…