A Primer of Darkness 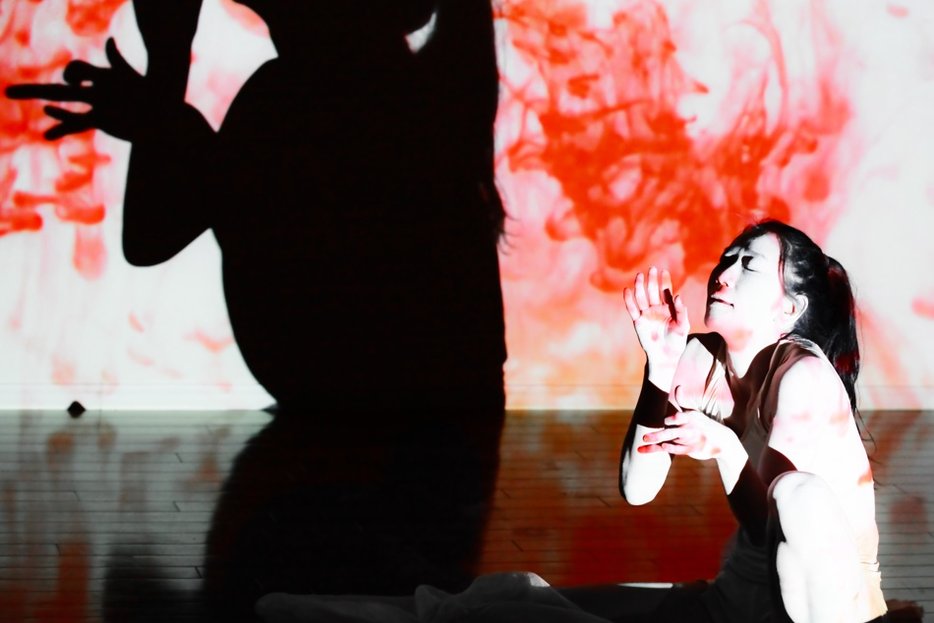 Last month began autumn. On the night of the equinox, I read by lamplight the notebook of Moe Yamamoto, called Costume en Face: A Primer of Darkness for Young Boys and Girls.

Yamamoto was a disciple of Tatsumi Hijikata, the father of butoh—the Japanese dance-theater of evolution, the artistic embodiment of nature’s grotesque contortions. Butoh was an intentional turning away from the westernization of Japan after World War II, toward Japanese native traditions, while subverting conventional dance of the time. Hijikata choreographed Costume en Face at Asbestos-studio in 1976, near the end of a twenty-year effort to develop a gesture vocabulary, or butoh-fu. He dictated the dance to Yamamoto, the principal dancer. Yamamoto transcribed the names of “movements” into text, and text into movement, and back into text—using the notebook to revise the dance. This book is a translation of Yamamoto’s transcription, a document of sustained transition. The notebook is butoh.

It was the equinox: dark took the light, cold took the warmth, summer became fall. That morning, I had said something too fixed to someone in transition, a friend who asked for patience that I couldn’t give him. Now he wasn’t speaking to me. Now I felt regret. It seemed a failure of translation—his dance was different from my dance. We hadn’t yet found a common vocabulary. I sought a script for my confusion.

I communed with my darkness, and read.

Costume en Face is not meant to be deciphered. The front and back matter offers explanation, but the body of the book, its nucleus, like butoh itself, is untranslatable. Find in Costume en Face change in action and diagrams of change: Japanese into English, oblique “movement” into “movement,” single words and strange lines. Text doesn’t settle on the page but floats above on an imaginary plane, reconfiguring its relation to itself and the sketches alongside it. The “movements” read like poetry: “Woman of the flames / Silver needle people / Dress of smoke.” I even read, “Yamamoto was not able to dance all of the parts Hijikata suggested.” Despite having studied with him for two years, he had learned only this single dance. He was still a novice. Just before the performance, Hijikata made changes to the piece and a separate notebook was made to document the changes. I didn’t have that notebook, couldn’t say how much of the dance I didn’t have to access. Costume en Face is a book of silences, interstices, ghosts.

“One cannot dance even a bird in the true sense unless concentrating all one’s nerves on the natural universe.”

I became fascinated. I watched Butoh: Body On the Edge of Crisis, a 1990 documentary, on YouTube. I watched it again. In it, Akaji Maro, another disciple of Hijikata’s, says: “In Japanese, ma refers to the space between—an interval, spatial or temporal. People wonder, ‘What is this ma trying to ask? What is it trying to do?’ It is here in this space between that spirits and gods dwell. To capture those spirits, those gods, inside our bodies, that is what butoh is all about.”

I thought about the space between me, and the person I had spoken with that morning. I thought about the space between my movements, my words, how they had incited this unwanted transition. Spirits dwell between my words—between our words: the task is to learn to direct the spirits. Maro says, “It’s not the bodies that dance but what comes floating up onto this space as a result of the gestures of those bodies.” What came floating up between our bodies? I am always trying to say what comes floating up. I am always trying to make myself precise. Was I precise that morning? I felt grotesque. I watched the documentary again. I watched my thinking evolve.

In my notebook, I wrote Hijikata’s words, “One cannot dance even a bird in the true sense unless concentrating all one’s nerves on the natural universe.” I reflected on the complexity of birds: the delicacy of their wings, their unique calls. I have my call and my friend has his call. I concentrated my nerves, returned my attention to the page. My eyes settled on a birdlike face, one of Yamamoto’s sketches, holding a small thing with legs. Beside it were the words, “Flower and bird painting,” and a line drawing of a flower-bird with its pistil gravitating toward the phrase. I gave myself over to strange tableaus, which changed before me. That is how this book is read: not by deciphering, but by giving oneself over to the imagery. The text moves, combines in formations not linear but found. What I saw was within me. I was the dancer.

Before we had language, we had our bodies. Our bodies made sound and sound made rhythm. Rhythm made us happy. In butoh, the body becomes elemental. The dancer yields to it, pays homage to it. Each nerve is excited, alive, focused. I recalled the last sentence of Several Short Sentences About Writing, by Verlyn Klinkenborg:

Say more than you knew how to say

In sentences better than you ever imagined

For the reader who reads between the lines.

A direction: give oneself over to the body, but with precision. Leave room for silence. I had given myself over this morning, but now I doubted my precision. I’d been too eager to fill the silence. I reflected on the value of the sentence, how each is contained or not, how meaning spills over the confines of the word. The trick is to master that transition—what one reviewer called the “subhuman zones,” where, “one thing passes into another”—by disciplining the flesh.

Butoh is a kind of sustained creation, a perpetual birth—life, itself. Hijikata’s butoh was more of a philosophy than a dance. As a dance, butoh resists definition; each dancer’s butoh is different. “I have my own dance. Hijikata has his own dance. Everyone has their own dance,” says Min Tinaka, a Hijikata collaborator.

Hijikata required each of his dancers to keep a notebook, but he didn’t tell them how to keep it. Some wrote Hijikata’s words down in practice sessions, others wrote them later. Hijikata checked the dancers’ notebooks and suggested refinements. The dance came about through interplay of text and movement, in and out of, and through, the interval of the notebook—the interval of the word. But even then, his butoh-fu wasn’t standardized; the dancers’ notations are their choreographer’s shorthand. The dance itself lives in the process of making it, between Hijikata’s mind and each dancer’s. The dance itself is change.

“Usually, in Japan, people die quietly. They hide the last moments of life,” says Akiko Motofuji, Hijikata’s widow. Hijikata died of cancer in 1986 on a bed encircled by dancers he’d called there to witness it. He wanted to share his transition and make of it a moment of thanks. He performed a “death dance,” showing gratitude to each person at his bedside though his body was entangled with tubes. That moment has energized butoh for generations. Says his prime student, Yoko Ashikawa, who was present at his deathbed, “My butoh is like the cry of the body, a body that is silent yet full of ideas it yearns to express.” It’s this yearning I want to hold onto. I think of Czesław Miłosz:

The bright side of the planet moves toward darkness
And the cities are falling asleep, each in its hour,
And for me, now as then, it is too much.
There is too much world.

I reread this poem on the equinox. I thought of light overtaking a long distance—this vast geography between my friend and me, the intermediary of space between one person and another. We shine our light into it, don’t we? We concentrate our nerves and hope to be able to dance together. What human sadness when we can’t.

With this friend, I am looking for what feels finished, if the dance is ever finished. Maybe, as Mary Ruefle says, it never is—maybe each person’s life is one long sentence that begins when you’re born and ends when you die. Then a poem, or a dance, is “a living semicolon,” what connects the first word to the last, “the act of keeping together that whose nature is to fly apart.” Kazuo Ohno, another Hijikata collaborator and close friend, tells a story in Body on the Edge of Crisis, of choreographing a dance for himself and his son. In it, they share a stage but don’t interact. “We are dancing separately but our hearts are dancing in unison,” he says, comparing it to the experience of romantic love. There’s no need for lovers to say, “I love you,” he says. “If there is love in your soul, then your body will express it naturally in everyday movements.” The silence speaks loudly. The interval is the dance. The story comes after the period.

Culture
The Sick People and All Their Guns 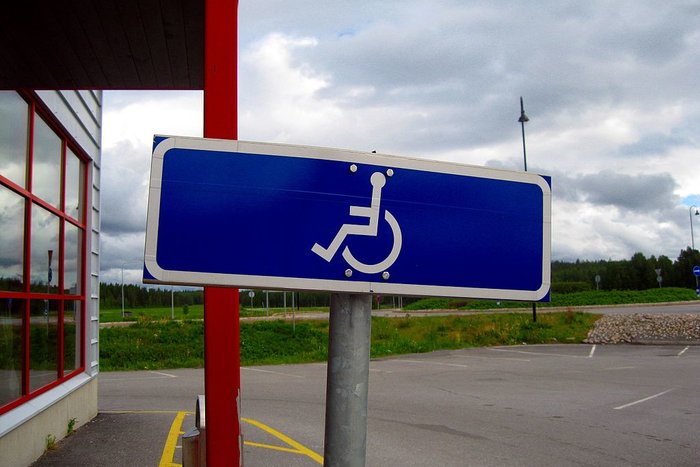 Memoir
We’ll Walk
On my brother, Wheels, and living with disabilities.

'I Want to Be in a Dance with the Reader': An Interview with Megan Abbott
Adam Nayman
The Problem of Here
Sarah Gerard