‘Part of Being Young is How Much You Notice’: An Interview with Scarlett Thomas

The author of Oligarchy on teenaged girls, hierarchies within hierarchies, and the great confidence tricks of capitalism.

In The Lying Life of Adults, Elena Ferrante’s narrator Giovanna reflects on her adolescence: “I spent the days studying myself … as if I were a piece of good-quality material damaged by a clumsy worker. I was I—whatever I I was—and had to concern myself with that face, that body, those thoughts.” Giovanna’s seemingly boundless obsession with, and revulsion at, her own body (and the perceived disgust of others) seems excessive only until you inhabit the mind of a teenage girl. And then, all at once, it makes perfect sense. There is an absolute, infallible logic of heightened self-consciousness into which Ferrante writes, as does Scarlett Thomas.

The British novelist’s newest book Oligarchy (Counterpoint Press) begins with Natasha, the daughter of a Russian oligarch, joining a private, all-girls English boarding school. Here, Tash (the “more English” variant of her name) finds herself in a rarefied world of money, angst, and the all-consuming desire to be thin.

Tucked away in a turret, the most remote of the school’s dorms, it’s as if Tash and her friends (including Tiffanie, who “is too lazy, too French, and frankly too fucking cool to learn English pronunciation”) were “put here for a deliberate reason, to make them feel different from everyone else: to make them go bad.” Haunted by the ghost of Princess Augusta, whose portraits line the school’s gothic hallways, the “bad apples” (later, just “apples”) are consumed by what teenage girls are often singularly devoured by: themselves.

Thomas’s novel is an account of the interior lives of adolescent girls; a text haunted by all of us who have walked those strange corridors before. Oligarchy is also every boarding school story you’ve ever read gone wrong; or rather, gone true. Thomas writes: “On Sunday night the girls break out of the attic dorms and it’s like an Enid Blyton book except it isn’t because in what Enid Blyton book do girls escape at midnight to weigh themselves on kitchen scales that they then break?”

Blyton’s Claudine at St Clare’s, who limited herself to tiny portions of cake, certainly couldn’t have conceived of it. But Ferrante’s Giovanna probably could have. And Tiffanie? Well, it was Tiffanie who broke the scales.

Richa Kaul Padte: You write of teenagers: “They raise their eyebrows and lower them again and experiment with the sort of make-up that male teachers can never detect but female ones always can. Not because they plan to lie … [but because] at fifteen you have to practice everything you do.” I’m always so grateful to have left that awkward age behind, but at various points Oligarchy made me go: “Wait, do I still … do that?”

Do you ever still feel the extreme self-consciousness of being a teenage girl, or did you write it purely from memory (or research!)?

Scarlett Thomas: Oh my God—totally! Most recently, it’s been about Zoom calls; first experimenting with all the normal filters, and then adding lighting and plants in the background. I now do my makeup with Zoom open, and as a result I think I look okay on screen but kinda weird IRL. Recently I had to have a meeting on Microsoft Teams, and I spent about half a day trying to get Snap Camera to work with it just because I couldn’t bear to appear unfiltered. There’s so much technology now to assist this sort of thing. I take pictures of outfits now too—although that does actually save time when deciding what to wear.

I feel so comforted by this! Last year I read Elisa Gabbert’s The Unreality of Memory, in which she talks about how our selfies feel truer and more like “us,” because it’s the same image we see in the mirror. On the other hand, candid pictures can feel quite alarming, because at some level we literally don’t recognize ourselves in them. She writes: “It’s the reflection that’s inaccurate, but to us, the unreversed face looks wrong.” Do you mirror your image on Zoom? (I definitely do!)

Actually, no! I did at the start, but then I sort of became obsessed with this other, weirder self that I didn’t know at all. On the one hand I’m trying to make myself as fake as possible (all the filters, etc., as I said) but on the other hand I’m so obsessed with the image that’s seen that I want to work on the canvas as I know others are experiencing it. Also I like seeing my book jackets non-mirrored.

Bodies loom large in your text—even when they’re practically disappearing. There’s this great paragraph I wish I could quote in full, but some of it goes: “Rachel, whose dark regimen of pubic hair has paraded shamelessly up to her belly button and down her thighs … Lissa, whose T-zone cannot be absorbed by all the cotton wool balls in the world … Donya, whose underarms smell of offal.” Are the keenest observers of teen girls’ bodies other teen girls? Where does this lead?

I think part of being young is about just how much you notice. Kids drink everything in in a way that adults don’t. When I was young, I noticed everything, remembered everything. And I guess I was super-critical in a way I definitely didn’t understand. I sensed that I had this thing that adults wanted, but also that the thing was utterly without meaning or value. Having perfectly clear skin or visible collarbones is just random—or worse, it denotes being young and inexperienced. Who wants that? (Obviously I want it now I don’t have it any more, but back then I just wanted to be “experienced.”)

There seems to be a sort of public acknowledgement thanks to the new Britney documentary that teenage girls—including queen Britney, herself—have so much less power than we imagine they do. And I wonder if that imaginary has to do with precisely this: that as adults, we want what they have (or what we once had), so much so that we forget how very little control teenage girls are actually afforded?

Yes, absolutely! It seems to be one of the cruel ironies of life that you want to be old when you’re young, and then young when you’re old. And the celebrity thing is fascinating. One of the great confidence tricks of capitalism is to make us believe that “stars” are powerful. Everyone grows up dreaming of becoming famous, but of course that means being exploited—literally becoming a branded item for sale. In that sense, Britney is less a human and more a product that broke down or malfunctioned. Why do we want that, rather than to become an exec with actual power?

Growing up, I attended a very expensive boarding school where I was a day-student (my parents were teachers so I got to go for free). And something I really loved about Oligarchy was that it’s the only boarding school story I’ve ever read where a day-student doesn’t feel left out because they aren’t in dorm, but because they don’t have money. Which is exactly how I felt, surrounded by the many expensive things my friends so casually owned and used and lost. Was this a conscious choice, or have I just latched on to this detail given its personal resonance?

It was conscious—I’m interested in hierarchies within hierarchies. Where other people might just see “wealth,” I always want to look for the nuance.

It’s great, because we do start by thinking that everyone is just “rich,” but it’s all so relative. Even the context of an elite private girls boarding school is eventually revealed as “less-than” old English public schools (like Eton). Given that this is all still the one (or maybe … three?) percent, what do you see as the value in prying apart these distinctions and hierarchies within wealth?

For me it’s less about the wealth and more about the hierarchies themselves. Hierarchies can be based on other things—attractiveness, daringness, or anything—but the key concept for me is always power. Who has it, how do you get it, how do you lose it? 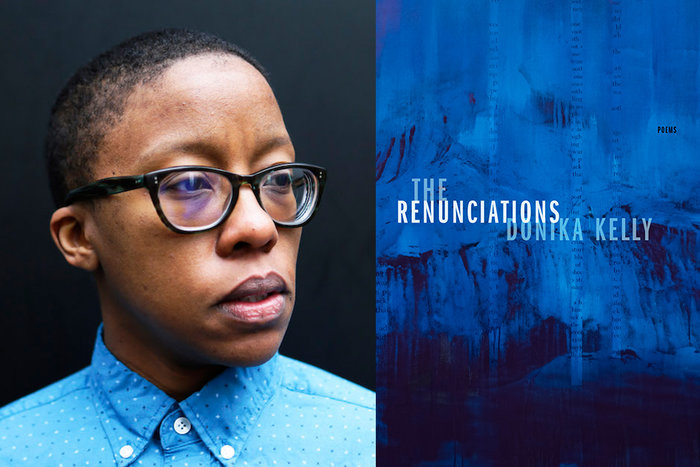 Interview
‘I Would Not Ever Give Anyone the Raw Experience’: An Interview with Donika Kelly
Talking to the author of The Renunciations about structuring a book of poetry, living with myths, and caring for… 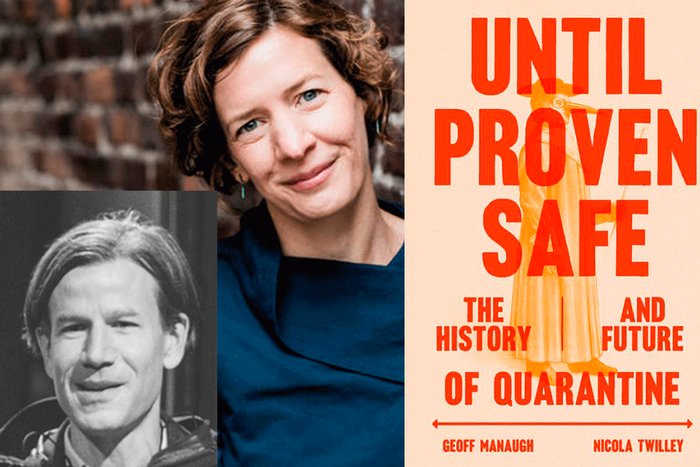 Interview
‘There’s No Public Health Without a Public’: An Interview with Geoff Manaugh and Nicola Twilley
The authors of Until Proven Safe on the ongoing pandemic, the history of quarantine, and our existential precarity.