Laughing at the Dead: A Guide 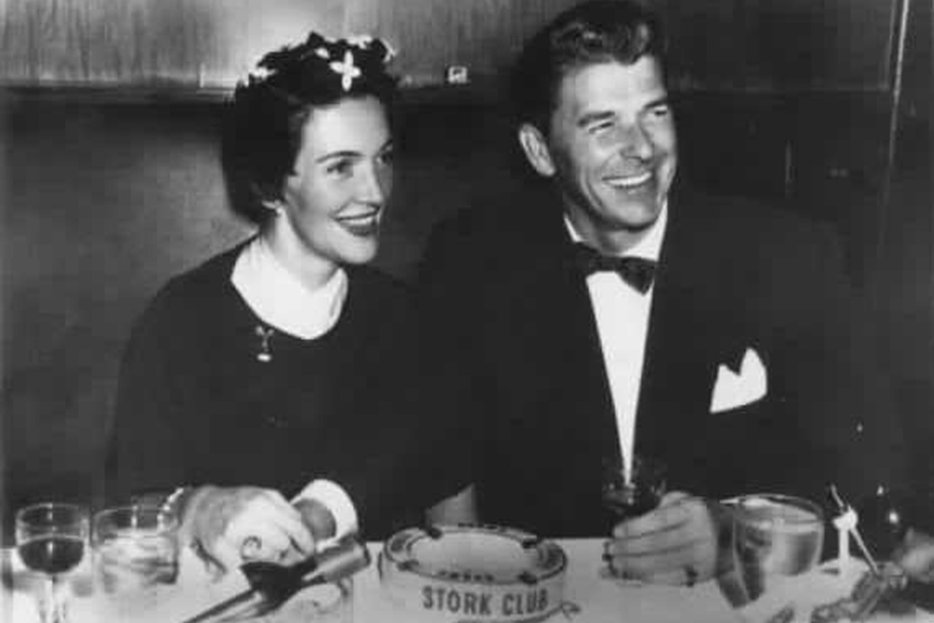 Nancy and Ronald Reagan at the Stork Club in the early 1950s.

Nancy Reagan, reading your tweets up in Heaven, decidedly nonplussed. All sentient afterlives, besides perhaps the one spiritual omni-mind of God, being equally unreal, we can be generous and imagine Mrs. Reagan perfectly manicured and smiling brittle up on her cloud, playing her harp, dismayed at that joke you just posted on Facebook. We have tossed out the golden rule of “do not laugh when the hearse goes by” and we are now the worms playing pinochle on our own snouts. Oh culture, we’re done for, for we have made light of Papa Kenneth Seymour Robbins’s best, and presumably only, piece of poetry’s passing. Fie, us, fie. De mortuis nihil nisi bonum!

We can all agree that death, for the most part, is a bummer. I don’t want to die. You don’t want to die. I, in theory, don’t actively want you to die and vice, in theory, versa. Non-existence or perdition, even as possible slots on the afterlife roulette wheel, are enough to give the gambling man that is our earthly inhabitance pause. Experiencing shit is boss as hell and I wouldn’t wish the alternative on my worst enemy. Except, of course, when I do. Or they, to mix the metaphor, roll snake eyes and it’s bong bong goodbye for them, and I have a particularly hilarious tweet about their passing. How does one stay right with the idiot’s idea of karma and still get to do whatever the fuck one wants on social media? The answer is to remember that the dead don’t care. But that’s a lazy justification that one wouldn’t want applied to oneself. I want nothing to follow my death but flags buried and the masts themselves burned, with the bonfire to only be doused when the entire world’s population runs out of tears. Seriously, in my absence, get to crying.

So when is it okay to make jokes about the dead? Has it become more common to make light of death? And, if so, does that say something wicked problematic about us as a people?

On the basest, most personal level, it’s irksome when someone you know to be a total bastard dies and your various social feeds are full of praise for this mouth-breathing girl-toucher. The soul recoils at both your friend’s credulity and one’s own squirming need to correct praise that does no harm and maybe comforts the presumably innocent friends and family of the deceased. In these cases it’s probably better to just keep silent, if only out of self-preservation. No one will publicly thank you for tearing down even the do-worstest ne’er-do-wells if they’re a private individual. This applies even to minor scene celebrities, I’m afraid. Save it for the bar.

I’m sympathetic to these evildoers for sure. Born into relative privilege, Jewish, cis and male, I probably could have been powerful, rather than just being a passive beneficiary. I could have focused on reading, ‘riting, and ‘rithmetic, rather than cough syrup, cocaine, and comic books.

The next level is people like Glenn Frey. Glenn Frey was in a band, The Eagles, which many of us did not enjoy. We’d made jokes about The Eagles since we were in the womb, and for some it felt perfectly natural to continue this immediately after his passing. I would argue that this, while neither evil nor a sign of paucity of human compassion (again, Glenn Frey probably didn’t notice), goes into the “not cool” category. The Eagles never hurt nobody on a grand scale, and Glenn Frey (for me his soundtrack work especially, but I’m not trying to argue that quality of an artist’s work should determine mockability upon death) gave a lot of people pleasure. Enough so that people outside of his immediate friends and family might read your (perhaps hilarious) online japery and have their day diminished. And, in light of Glenn Frey’s lack of even alleged complicity in any recorded genocides, why would you want to ruin a fan’s day just for the likes?

The main point of contention, and what spurred this piece, is of course the passing of the public and powerful. Thatcher and Scalia and Reagan on the right, most recently Hugo Chavez on the left, all big fish in this fetid aquarium—what right do we have to laugh and laugh and laugh at their, uh, floating belly up to the surface?

I’m sympathetic to these evildoers for sure. Born into relative privilege, Jewish, cis and male, I probably could have been powerful, rather than just being a passive beneficiary. I could have focused on reading, ‘riting, and ‘rithmetic, rather than cough syrup, cocaine, and comic books. Maybe I’d have grown up to be positively Thatcher-esque myself had I not seen the lure of power and shouted to the heavens, “That looks moderately difficult! Hard pass.” It can reasonably be argued that those who enjoy comfort as I generally always have, those who are rarely under the boot, should shut the fuck up regardless, lest truth-telling and historically corrective outrage be overshadowed by aristocratic (or at the very least bourgeois) glibness—but I’m aiming for a universal etiquette here, so bear with me. And I long ago decided on which side of bread I placed my butter; I will forever err on the side of holding my social betters in contempt. If it’s human to be so pious about others’ postings, is it not equally human to take some, yes, pleasure in the passing of those who would be so blasé about those lives beneath them? Is it not human to, if not hope they died screaming, not exactly cry in one’s soup if those in power go to their maker in some hemorrhoidal discomfort? I say it’s hella human. I say we are living and they are not and, given their history and druthers, they’d probably actively work to reverse that, so go wild and free with your snickering and pretending to confuse them with minor TV actors. They wouldn’t do the same to you, but they’d sure as shit allow or facilitate the slaughter of your entire family. We can perhaps even institute a Glenn Frey Death Rule: talking shit is only acceptable against those who wielded more power and with more effective (even if the effect was unintentional, such as we can charitably say may have been the case with prissy ignorant bigots like our Nancy) malice than Glenn Frey.

And does this diminish my/our humanity? Maybe. If one is inclined to think humanity is so fancy as to have the capacity to be diminished. If one is inclined to think of humanity as something other than a collection of murder junkies just one drink or random whim away from complete abasement. If you think we’re stardust and MLK memes then go ahead and fret yourself to death, and if you’re less famous than a Clinton I’ll leave your corpse alone. Or maybe even if one has a less petulantly nihilistic view of the living, one can accept that we, barring the fundamentalists who should be rightly mocked at every stage of their existence, all fear and despise death, and if laughing at the demise of those who traffic in it gives even a trace of solace then we should do that. We are as powerless as we were when they held their magnifying glasses above us, and the fact that the sun still shines on us and not them is an ephemeral victory, but a victory (for now) all the same. So take a moment to gloat, you beautifully petty meat parade. 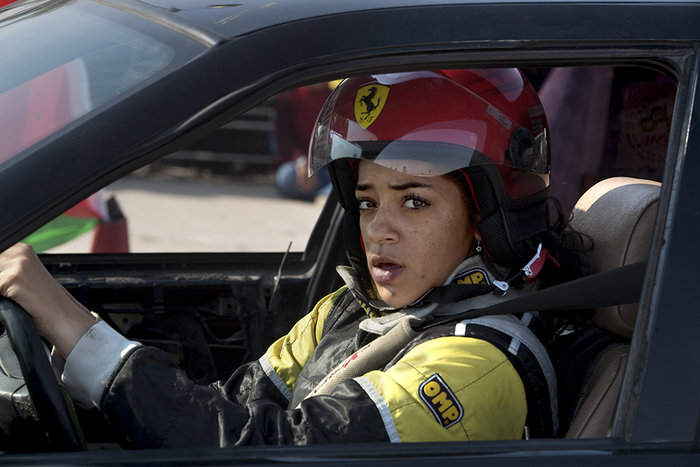 Interview
‘There’s Not One Story That Defines Any One Place’: An Interview with Amber Fares
The director of Speed Sisters, a documentary about female race car drivers in Palestine, on media portrayal of the Arab… 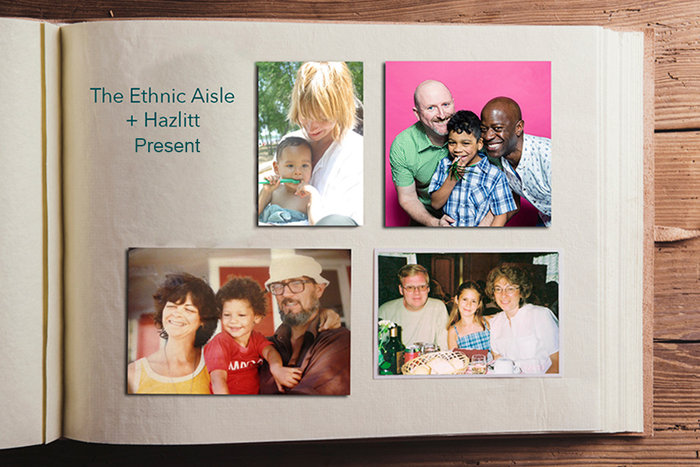 Podcast
Thicker Than Water: A Podcast on Intercultural Adoption
In this co-production with the Ethnic Aisle, our panelists speak about their self-identity, and the bonds of love and…