The beloved leader of Frog Eyes discusses his first book, Clouds of Evil. 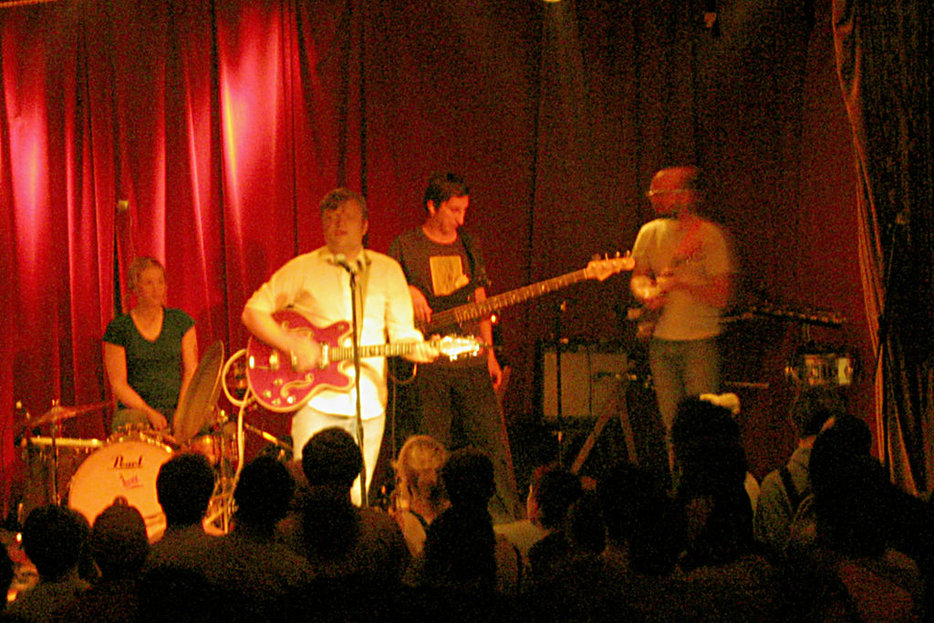 Reading Clouds of Evil, the first collection of prose by Carey Mercer, it is hard to shake the feeling that we must be devouring the work of a heralded, laureled icon. The kind of wise/hilarious, adored/familiar voice that woulda won the Order of Canada in the early ’90s; who’s got an annual CBC special and pens editorials for a major Canadian newspapers. But Mercer is not (yet) a beloved national hero. He works as a teacher. He leads the Vancouver band Frog Eyes and has sung in acts like Swan Lake and Blue Pine. He has been doing this for well over ten years.

If you do not know Mercer’s music you might hear it and think you were listening to the ghost of David Bowie locked in a never-ending labyrinthine library. You might think you were being catapulted, at high velocity, through all the most important moments of your life. It is chaotic and splendid: Mercer has a warbling voice, a guitar like a six-shooter on the fritz. He writes lyrics like a punk-rock Wordsworth, shredded visions of lofty right the F now.

Clouds of Evil is Mercer’s first book; it follows a cancer diagnosis last year, and his subsequent (blessed) remission. Its chapters have titles like “A Recollection of a Time When I Rode on a Greyhound to New York and Then Headed South,” “Carey Mercer > < Death,” and “A Story About the Time I Broke Up Wolf Parade, A Popular Independent Rock Band, by Starring in Their Music Video and Accepting One Thousand of Their Dollars.” It is not stuffy, not civic, not puffed with authoritative voice; it’s casual as a tall can of Wildcat; it’s nimble as an actual wild cat. It’s deep and deadly funny, lucid and true, but you can also feel the imperative of it: the sense of a mortal writer with a feral soul, trying to fix that beautiful spirit to the page.

A lot of Clouds of Evil began as posts on your blog. Can you remember why you started the blog?

I started the blog as a reaction to the blog that I was forced to keep as part of my teacher education program. I suspect they had certain mandates, and one was to at least appear to be preparing us for the brave new technological world that still awaits us, just over that content-providing hill over there.

I would burn through these faux-self-reflective pieces about learning to teach, but, a curious thing happened: it was like stretching, I suppose: I felt limbered up, loose, ready to get to the actual writing. But what to write? I was too busy at the time to commit to any “real” writing (“real” meaning something like a novel, I suppose). So I started writing [a secret blog with] little memories, things that had occurred to me or happened to me… I didn’t know they connected on my profile, so my teachers and fellow colleagues started reading. They were like, “You’re a good writer!” “But you better erase that shit once you start teaching!”

When I started writing and teaching and I did in fact feel like there were many Careys, many masks. But that’s strange, because I don’t feel like I have several identities. I guess I mean that I don’t feel like I have partitioned identities: the music and the teaching and the writing works best when I am myself, when I don’t suffer from fear or panic that I have some essential shortcoming, when I don’t try and strangle parts of myself in order to achieve something desired.

Writing prose, instead of songs, did you feel like you were working with a different set of tools?

Totally different tools! The freeing part of writing is that I am not “known” for it. We wouldn’t be talking if not for music. So I had no mandate, no purpose, no context: out of that came, I think, my writing voice.

And this book: it was really for my son, in case I got really sick and didn’t live. A father’s opportunity to curate himself, sculpt himself into an immutable image.

Then I got better, and this felt like the present or treat that sometimes lies at the end of a tunnel of suffering. I remember walking down the street one day, remembering that I had a book just sitting on my hard-drive. It was a wonderful occurrence.

Your book kind of “appeared” before me as well: I love your band, but then suddenly here is this thing by a whole and incredible writer. Given that it started from such a private, almost secret place, is it strange for it to be out in the world beside other books?

At first I felt very self-conscious about being such a dabbler, especially because I rail against dabblers in music. I get that a writer that spends 16 hours a day writing might despise, or at least be deeply suspicious of, a musician-writer that gets to publish a book just because, you know, he or she wrote a book. Many non-musician writers also have books on their hard-drive, and many of those books are good, but if the books don’t pass the marketing department’s criteria of saleability, these works wither outside the city gates, unable to get past the guards. And here I come strolling. But, I protest: I never really strolled in. It is a real book, bound by a real book-binder. But I never launched it into the economy, never really asked anyone outside of music to pay attention to it. I think that the only book store that sold it was the book store I worked at in Vancouver (Pulp Fiction Books). [The book is mainly sold through Frog Eyes’ current record label, Paper Bag.]

As I read this book, I kept happily imagining you as a new, fervid cultural force: arguing with Rex Murphy or getting into a live TV scrap with [a former CBC host].

I don’t do that well. I get nervy: you can hear the angry nerves in my voice. Rex will burn in Hell, so whatever I have to say to him is nothing in comparison to the roasting he’s going to receive for his earth-defiling shilling. 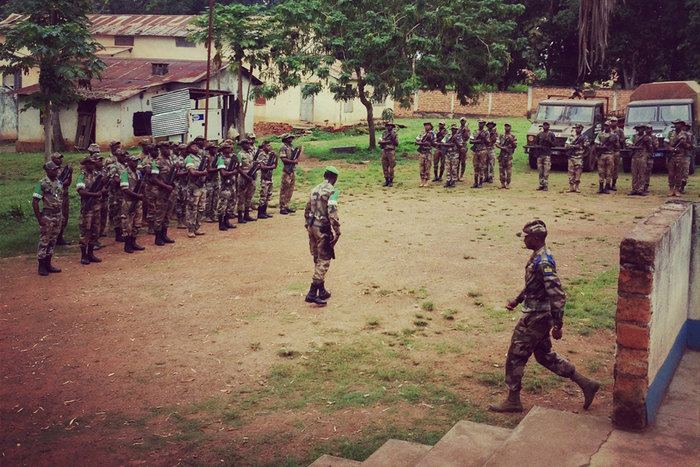 At Large
A House Of Many Mansions, A Nation Of No Lessons
Witch trials, whispers of genocide, and colonialism’s real legacy—our final dispatch from the Central African… 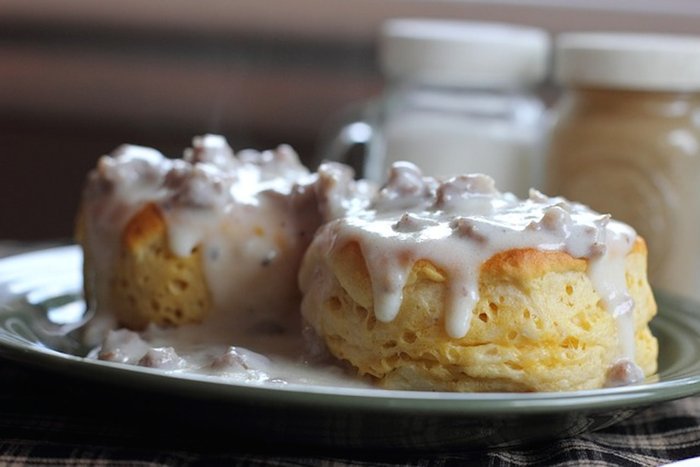 New Tabs
The Troubled History of Biscuits and Gravy