Michael Thomsen has written for Slate, Bookforum, n+1, The...

Writers are not often great lovers but pathological inventors of explanations. Sex induces a kind of cowardice in them, a fear of experimentation, of being vulnerable, of stepping naked onto the stage to examine all the presumptions that pass without question when everyone still has their pants on. At this year’s Hay Festival, Martin Amis said that writing about sex is “almost impossible,” but is slightly less daunting for women than men, “because when men write about it as a novelist you are in a God-like relation to what you write. You are omnipotent and the question of potency is embarrassing for men. It’s the great hidden weakness. That’s not something women worry about. Once a man is writing a sex scene he feels omnipotent and forgets the fiascos and the no-shows.”

Non-sexual fiascos and no-shows are, paradoxically, a general obsession of the literary tradition. Sex is usually a side dish, one that causes some wavering mania in a great character just before he redeems himself in the fifth act. And even in these brief glimpses, sex is rarely more than a signifier—a dropped handkerchief, a double entendre, a clever narrative ellipsis. One never hears just how the sex went; what matters is that it was had.

Though Amis assigns it to men, this reticence with engorged mucus membranes seems more a failure of the literary tradition itself. Writers have a way of distracting the audience with eclectic arrays of subjects—cruise ships, Stalin, marriage, the Spanish Civil War—that leave the author safe from personal inquisition. David Foster Wallace doesn’t shy away from adjective nor word count when it comes to a tennis backhand, but a similarly prolonged reverie on the use of one’s loin muscles is inconceivable. Virginia Woolf lavishes Clarissa Dalloway in a web of memory and sensual detail, and yet the closest she comes to describing sex is the recurring image of a match burning in the crocus.

In the memoir Conundrum, Jan Morris, who lived the first 35 years of her life as a man before beginning a decade-long process of sex change, confesses a total disinterest in sexual particulars. She preferred “pleasures that were neither penile nor vaginal. Intercourse seemed to me a tool, a reproductive device, and at the same time, in its symbolical fusion of bodies, a kind of pledge or surrender, not to be given lightly, still less thrown away in masquerade.” There is perhaps no clearer summary of the literary stance on sexuality than Morris’s: sex is too coarse and mechanistic to be worth description, and yet its symbolic value is so sacred it must stand for the interconnectednessof all beings.

Of course there is a considerable history of sex writing by those who would not adhere to this literary sense of sex, from Sade to Henry Miller and Anaïs Nin to Wendy Delorme. Yet, these writers are defined less by their styles or personal identities and more by their auras of taboo. We are encouraged to see them as sex writers, and not just writers. They are iconic more because they dared to write about sex and less for how they wrote about it (much less for the other subjects they aimed their pens at). We may still read these vulgarians, but we are reluctant to give them an identity other than “transgressive,” the bourgeois stand-in for sinners of the literary order.

George Bataille is, perhaps, the greatest literary sinner. His work trades matches burning in flowers for cunts and cocks covered in urine, jism, and saliva. (Jean-Paul Sartre wrote that this kind of exhibitionism “aims at destroying all literature.”) Where Amis saw honest writing about sex as impossible, Bataille wrote a collection of violent and hypersexual stories called The Impossible. “Realism gives me the impression of a mistake,” Bataille wrote in the introduction. “Violence alone escapes the feeling of poverty of those realistic experiences. Only death and desire have the force that oppresses, that takes one’s breath away. Only the extremism of desire and death enables one to attain the truth.”

Bataille’s fiction is not simply transgressive, it is an assault against literary prudishness. A metaphor of sex that leaves out its most essential and unflattering details is, while pretty and perfectly literary, the vulgar piece. Bataille attacks vague and mellifluous love writing by defiling his characters in unsparing detail, seeking to evoke in the rush of disconcertion a fleeting moment of truth.

By Amis’s standard, the novel achieves the impossible, melding simple descriptions of sex with whooshing passages of metaphor and metaphysics. After driven to ejaculation by the sight of his girlfriend Simone wetting her dress, the narrator recalls “staring straight up at the milky way, that strange breach of astral sperm and heavenly urine across the cranial vault formed by the ring of constellations: that open crack at the summit of the sky, apparently made of ammoniacal vapors shining in the immensity (in empty space, where they burst forth absurdly like a rooster’s crow in total silence), a broken egg, a broken eye, or my own dazzled skull weighing down the rock, bouncing symmetrical images back to infinity.”

In a coda of “Coincidences” appended to the novel, Bataille lists a number of personal experiences he’d had which wound up in the story, from having seen a bullfighter pierced through the eye socket to a bout with his suicidal mother. After she was found hanging in the attic of the family home she was revived, only to escape to a nearby river where she tried to drown herself. Young Bataille pulled her out, noticing in one of those strange uninvited thoughts that “the skirt was pissing the creek water.”

Bataille uses literature not as a speculative miniature for how life should be lived, but as a space where those uninvited observations can be re-experienced, with no need for explanation or excuses. “I never linger over such memories,” Bataille wrote, “for they have long since lost any emotional significance for me. There was no way I could restore them to life except by transforming them and making them unrecognizable, at first glance, to my eyes, solely because during that deformation they acquired the lewdest of meanings.”

As Eye’s narrator explains, “the universe seems decent because decent people have gelded eyes. That is why they fear lewdness…people savor ‘the pleasures of the flesh’ only on condition that they be insipid.” In that way, perhaps it is not the fear of purple prose and base pornography that repels literary writers from sex, but a fear that they will inevitably be forced to pass off the banal as ecstatic. It is worth remembering what makes pornography so jarring is its self-evident fakery—the legs held up to offer access to the camera lens, the eye rolls, furrowed brows, and howls of pleasure all out of proportion to what actually seems be happening. Applying one’s writerly manners to sex, then, risks revealing how pornographic the literary approach to every other subject is. In Bataille, we see this privileged insistence on using literature to conjure insupportable scenarios taken to the extreme.

It is simultaneously a scene of pure love and pure defilement. There is no reconciling these two sides, and the scene produces no resolution, nor synthesis. The experience didn’t ultimately help Small’s boyfriend get more gigs with Anabolic, nor did it bring them closer to one another. “I took the piss into my open mouth with a smile,” Small wrote. “It was totally ridiculous. I was thinking Okay, done. Now I’ve tried piss and I can say so with truth and conviction whenever someone asks me about it: It’s not that big a deal. I didn’t love it, and I didn’t totally despise it. I guess it was more for the guy to get off on.”

What makes Bataille’s and Small’s work feel so alive is the palpable indifference to status. Neither attempt to speak for a generation, condensing its overarching conditions into plotted metaphors. Instead, they seek to digest minute personal experiences—terrifying, enlivening, and boring—without fear, apology, or pause in the face of the impossible.

Michael Thomsen has written for Slate, Bookforum, n+1, The Believer, The Daily Beast, The New Inquiry, The Millions, Billboard, and is author of the essay collection Levitate the Primate: Handjobs, Internet Dating, and Other Issues for Men. 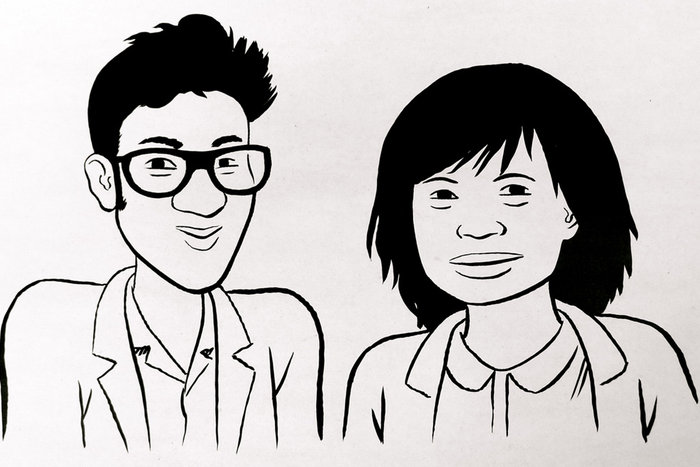 Technology
Stray Data Into Song: A Pre-History of the MP3