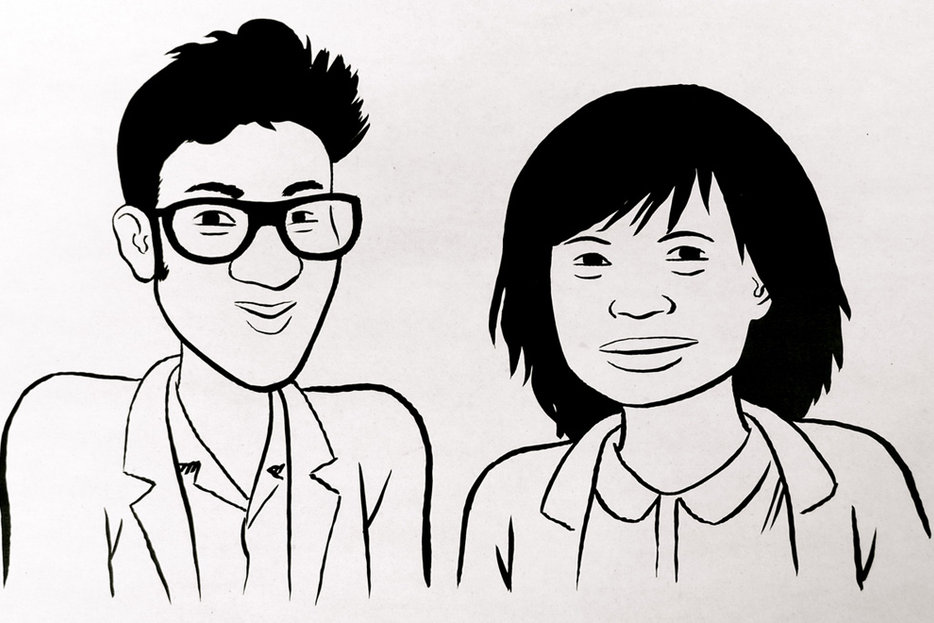 Every week or so, Sook-Yin Lee and Adam Litovitz have a movie date. Then they talk about the movie. Discussed this week: Skyfall, the latest James Bond movie, starring Daniel Craig and directed by Sam Mendes.

ADAM: Skyfall—What did you think of it?

SOOK-YIN: We sat through a half hour of commercials—everything from David Usher’s new album to…

SOOK-YIN: There was the 007 perfume and the new James Bond smartphone.

ADAM: The Bell commercial involved a really rugged-looking guy doing stunts involving him jumping from one building to another into piles of cardboard boxes. The sense of Bond was inescapable.

SOOK-YIN: Skyfall. The title credits—quite a thing of beauty, hearkening back to classic openings: the heavy black silhouettes, the gun toted in profile, the dribbly lava lamp colours dissolving together, and Adele’s voice singing a sultry old-timey James Bond theme.

ADAM: Is that the actual Bond or a drawn version? Is that a real knife that’s morphing into a gravestone?

SOOK-YIN: It was very stylish. The Brits know how to do their franchises well, like Harry Potter.

ADAM: As the movie went on they kicked up the old-fashioned James Bond factor by bringing back snippets of the original theme music and his original Aston Martin. As if to say, “we’ve been here for 50 years, and we’re going to keep going, so let’s have fun with ourselves.” [The last image of the movie features a gaudy “50 years of Bond” logo on-screen.]

SOOK-YIN: By involving actors like Ralph Fiennes, Judi Dench, and then Albert Finney, we’re starting to go back in time through the annals of British film history, so by the end we’re practically in a field with a guy in a tweed jacket with his musket and hound.

ADAM: Bond says “we’re going to go back in time” as he steps into the Aston Martin. It feels like you’re with Marty McFly in the Delorean. It takes you back chronologically in Bond’s life to the origins of the series, hoping to recapture some of the magic it started out with.

ADAM: It’s easy to drive motorcycles along the rooftops of vast Turkish marketplaces. Why not?

SOOK-YIN: Or a tractor on top of an old train.

ADAM: And Bond doesn’t just get on elevators. He jumps and grabs onto the bottom of them as they depart his floor.

SOOK-YIN: Skyfall reminded me of Toy Story’s island of misfit toys. You had Daniel Craig, who looks like a feral cat—beaten-up face, permanent five-o’clock shadow, well-kept, always in good suits—but you get the sense of his mortality. He’s staving off obsolescence.

ADAM: I heard him referred to as “old-fashioned” at least six times. There’s definitely a big-time mortality theme. The CBC reviewer [Metro Morning regular Karen Gordon] was appalled by the aging theme.

SOOK-YIN: You’re referring to a review in a review.

ADAM: No, she didn’t, but I thought it was woven in nicely. The movie embraced its clichés knowingly, but wasn’t annoyingly winking about it. It’s not every day you’re grappling a hulking Fu Manchu thug in a Shanghai casino and wind up in a pit of man-eating lizards.

SOOK-YIN: The movie has a strange obsession with matriarchy in British culture. Judi Dench [playing M, who heads up spy organization MI6] is always called “mum” like the Queen Mum. At the heart of British culture is the feared and revered two-bucket gal that everyone defers to and wants to protect. There’s also the Oedipal dimension with the sons in love with their mother. One of them wants to kill her.

ADAM: The first scene where Bond meets Silva [the baddie played by Javier Bardem] really mines the classic “good vs. evil but we both come from the same place where the two paths diverged…”

SOOK-YIN: We are both spawned by mum.

ADAM: It was basically Luke Skywalker vs. Darth Vader, but in this case Darth Vader was wearing a white Miami-style suit, with Julian Assange hair, and Wikileaks-style adventures in information terrorism.

ADAM: The smartest thing he can say is: “We’ve been hacked.” That’s his expert diagnosis.

SOOK-YIN: I’m grappling with sustaining a memory of the movie. It was thrills and chills, fun, nostalgic. Daniel Craig is an interesting presence. He’s grizzled, and icy, and very psychotic. Beyond that, I feel like I’m watching the greats of British cinema coming together in service of a pop confection that’s like eating a big marshmallow for two and a half hours.

ADAM: It’s perfectly designed. You identify with Bond through his struggles. At the end he’s asked if he’s ready to get back to work, and he responds: “with pleasure, with pleasure.”

SOOK-YIN: Yes, and when he says that he looks totally psycho. Director Sam Mendes is giving a little wink at how diabolical the whole infrastructure is. Javier Bardem tells MI6 they have to pay for their sins, and you know that they’ve likely committed a lot of moral sins. We’re championing an enemy.

ADAM: M says that MI6 and the world can’t be transparent and they have to have secrets. Silva wants to reveal them and threaten “homeland security.” Is there a Wikileaks thing going on?

ADAM: What about that shock of white hair? It’s pretty Assange.

SOOK-YIN: To me, it’s less Wikileaks and more the all-too-familiar “effeminate gay psychotic man as villain.” It’s so predictable.

ADAM: He was over-the-top flamboyant. His first scene was a lengthy monologue with Bond trapped to a chair. It’s what we expect for the Bond/villain relationship: extreme paternal or fraternal connections gone awry. Javier Bardem’s character was kind of new age-y, meditating and telling Bond to relax. It was funny how the movie turned explicitly philosophical when Bond and M were suddenly in a beautiful valley in foggy, rural Scotland. It’s so schematic, but fun to watch. Did you enjoy it?

SOOK-YIN: Did I like it? It was a fun, well-crafted, nostalgic travelogue through British culture—there were even whiffs of Brit-pop with Ben Whishaw’s scruffy hairdo and skinny body that reminded me of Richard Ashcroft—manifested into an over-the-top 2012 mainstream blockbuster, without many ideas or questions that stuck with me.

ADAM: The “travelogue” quality is the blockbuster trend. A Resident Evil film I reviewed earlier this year travelled to five different metropolitan cities. Here we had London, Macau, Shanghai, and Turkey—and time-travel too, sort of. It tried to move you through time and space, the history of Bond.

SOOK-YIN: I felt like I gorged on a box of British sweets, but there was a psychotic hero. Who did I just root for?

ADAM: Just an ordinary working guy, back to work as usual.

SOOK-YIN: Murdering with pleasure for England. It was strange to see Bond bed only three ethno-babes. They reminded me of Barbies. You know how African Barbie looks like white Barbie but with a brown plastic face? The babe from Shanghai was half-Asian. Bond never slept with a white woman. The new white woman is of mixed race and resembles Disney’s Pocahontas.

ADAM: If Bond is anything, he’s someone with exotic tastes.

SOOK-YIN: And he might be into dudes. That’s new to the franchise. 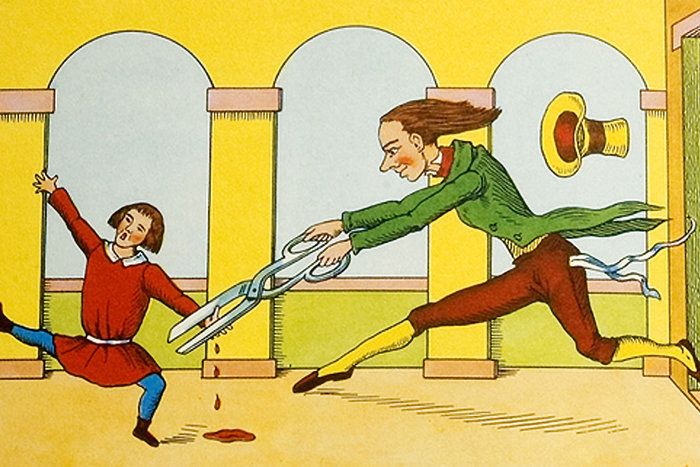 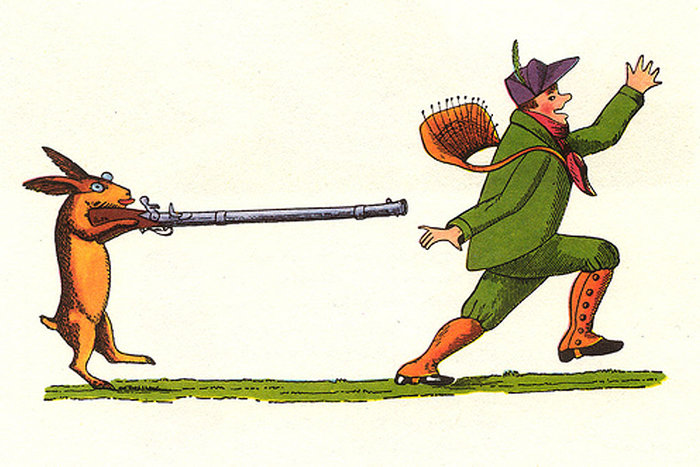 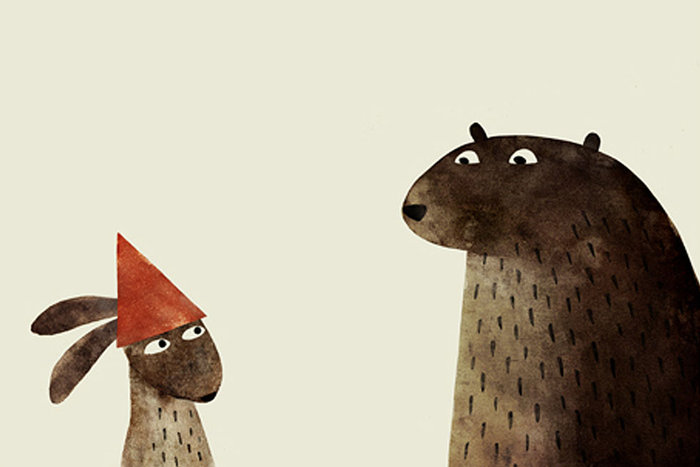 Essay
Life and Death in Children’s Books
There are books for kids simply about trucks being trucks. Then there are cautionary tales like the one in which a boy…