STEVEN PRICE is the author of two... 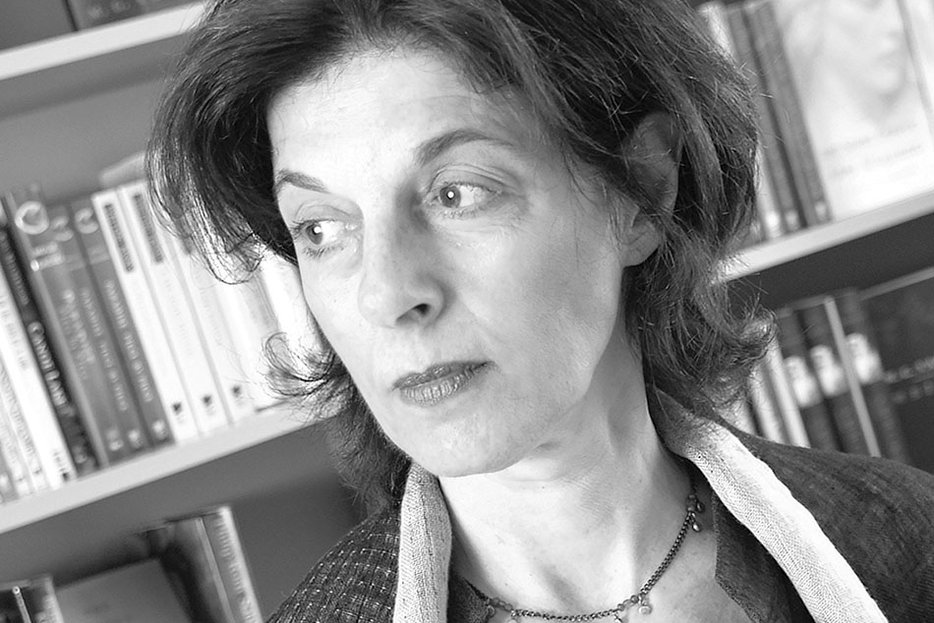 One of Canada’s greatest editors, Ellen Seligman worked with authors such as Margaret Atwood, Michael Ondaatje, Jane Urquhart, and many others, helping to shape the face of literature in this country and the rest of the world over her long career. Steven Price remembers his time with her as his editor.

In the last year of her life, before her sudden passing in March 2016, Ellen Seligman edited two novels: Michael Helm’s excellent After James, and my second novel, By Gaslight.

By Gaslight is set in Victorian London, and tells the story of the real-life detective William Pinkerton, some six months after his father’s death, as he seeks to trace a criminal his father never managed to catch. Ellen and I worked together on the editing for thirteen months, from February 2015 to March 2016. Our first serious email exchange explored in detail some of the ideas and elements in the novel, and ways to tease them out—themes of fathers and sons, grief, loss, fate, and the ways our lives are determined by where we come from. Our last exchange on the novel—also by email, changing the Reckitt woman’s name to Charlotte, for clarity—was conducted seven days before her death.

Editing, at its highest level, is surely a creative act. I don’t know that Ellen would have used such language; she told me once that her task was simply to read attentively, to bring the full weight of her concentration to bear on a book. But Ellen’s concentration was a kind of genius, a sensitivity to a work and what it wanted to become. Her editing method was somewhat legendary: Ellen would examine every sentence, word by word, questioning if what was being achieved was in the book’s interest, or the author’s interest, or neither. Ellen liked to work in conversation with her authors—literally. We spoke on the phone almost daily for months, sometimes five days a week, usually for roughly five or six hours at a time.

It was a powerfully intimate process, frustrating, yes, but also illuminating, and intensely gratifying. Beginning at the opening of the novel, Ellen would edit 50 or 60 pages (line by line) and then post them to my house, on the west coast; I would read through them, make my own notes, and then we would speak. I would raise questions, Ellen would raise questions, and the purpose of both was always to seek greater clarity, fluidity, resonance, and integrity. These could be matters of diction: “dinner” or “tea”? “hansom” or “brougham”? Or logic: if the candle is held low and close to the body, would the light catch a figure’s eyes? Or psychological complexity: would a man like Adam Foole speak openly in front of his ward, Molly, or seek to protect her from the horrors of the city and so allow her a kind of childhood? Sometimes I would make note of a particular problem, of a scene too freighted with exposition, or dialogue that didn’t coalesce, and return to it later that night, after the kids were asleep. More often, Ellen would fall silent and wait on the end of the line while I wrote and rewrote a sentence, the only sound between us the typing of the keyboard.

There was no second draft, third draft, fourth draft. Rather, there followed an endless amount of rewriting. We cut 35,000 words during that year; added some 70,000 words of new material, the length of a short novel. Two significant characters were removed entirely; the ending was wholly rewritten. We were both satisfied with By Gaslight’s horizontal movement but a vertical element was added, to deepen and complicate the characters. Our intention always was to keep an eye fixed on the characters, rather than the plot; neither of us wanted an “entertainment,” but rather a novel exploring its characters and how to live in the world. It was to be a novel about a detective, rather than a detective novel; we wanted the detective’s art to become a metaphor for the mystery of grief and loss.

In order to make this happen, we worked linearly through the manuscript, beginning the second section only when the first was satisfactory. But because any change to a later section necessitated reworking what had come before, we were endlessly returning to completed sections. Ellen’s faith in the novel never wavered, no matter my own anxiety or despair. Still, she was not pleased with everything. Often a revision would create a whole host of unexpected problems. In a 750-page novel, this meant an almost dizzying number of scattered new “hot spots” throughout the manuscript. But when a scene at last began to work, Ellen was voluble and fiery in her praise. Somehow it all seemed worth it, at such moments.

I think now of that year with Ellen and it is difficult to pick apart what happened when, and how. Everything blurs together. Momentous changes were happening in my life. My wife gave birth to our second child at the beginning of that year, and he had a difficult first year on earth; my wife and I were neither of us sleeping; deadlines for By Gaslight rolled past at an alarming rate. Ellen insisted the novel would take as long as it took. The editing went on.

Ellen’s devotion to her books was unyielding, passionate. I learned later how, as with all of her books, Ellen debated and weighed font sizes, paper stock, cover layout, and page design for By Gaslight, making sure the very tiniest details were considered. And the final physical book is indeed beautiful. I like to think now that, although Ellen never did see the finished book, all this must have helped her to envision it, to close her eyes and feel its weight in her hands.

Ellen Seligman was a dynamo, a wonder. She was one of the great secret creators of Canadian literature. She believed the nature of words mattered because a work of literature, to her, was folded seamlessly out of the language itself. One needed to get it right and the only true obstacle to that was giving up, giving in, too soon. She had a low, dry, sardonic voice that somehow carried an equal measure of detached amusement and particular warmth. She spoke slowly, was never hurried, and had an impossible grasp on the minutiae in a text. Her ear for dialogue was extraordinary. Characters were psychologically complex beings and she would question and argue and debate and worry away at why any of them did what they did. And she argued with herself as much as with the novel; I believe a great part of her gift lay in an endlessly elastic ability to adapt and re-examine how a novel moved and came to life. It was a kind of alchemy, a fluid gesture.

Some two weeks after Ellen had passed away, my wife was going through our old answering machine messages, deleting them. She stopped when she heard Ellen’s voice. It was a message from several months earlier. “Steven. It’s Ellen. I guess you’re not there. It’s Friday at… No, wait. It’s Saturday. [pause] Are you there? [pause] Okay. You’re not there. I’ll call you Monday.”

It was so absolutely typical of Ellen, Ellen at her most concentrated, her immersion in the work so total that the weekdays had poured into the weekend unnoticed.

My wife and I stood together in the gathering dusk, listening, playing her voice over and over, stricken.

This piece originally appeared in the Literary Review of Canada’s September issue and on its website.

STEVEN PRICE is the author of two award-winning poetry books,Anatomy of Keys (2006), winner of the Gerald Lampert Award, andOmens in the Year of the Ox (2012), winner of the ReLit Award. His first novel, Into That Darkness, was published by Thomas Allen to acclaim in 2011. He lives in Victoria, B.C. 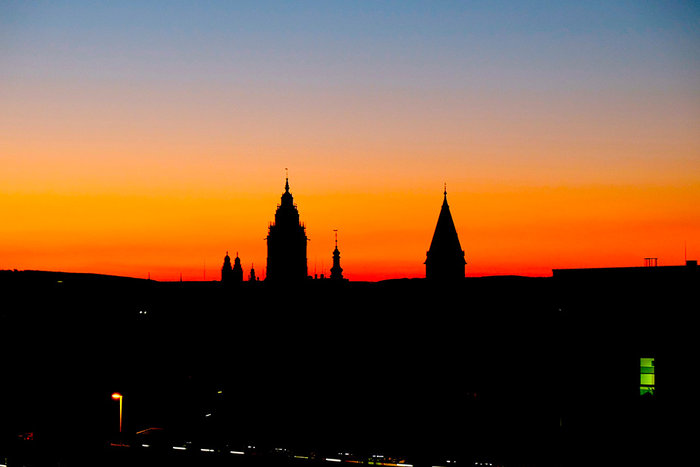 Fiction
Another Thing To Be Paid For
“You already have fucked up my whole life.” 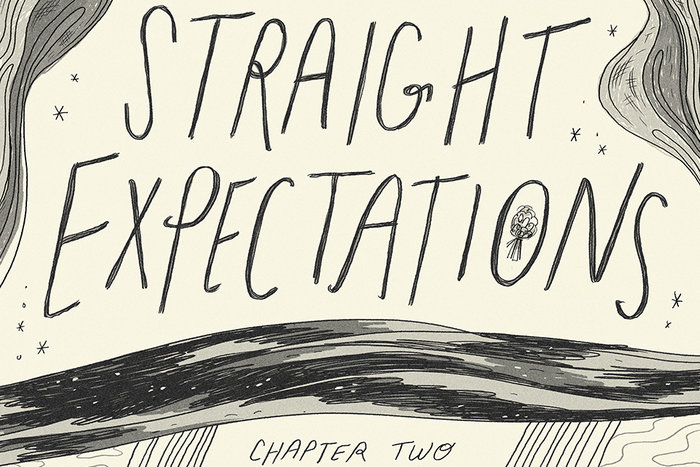 Street Meat Stories
Andrea Werhun, Nicole Bazuin
'There’s So Much Harm That Can Come From Love': An Interview with Brenda Peynado
Ilana Masad