When it comes to true crime, women are often both victim and audience. Why are female readers drawn to tales of their own destruction?

Casey Johnston is a lead editor at The Wirecutter and has written for outlets including The Awl... 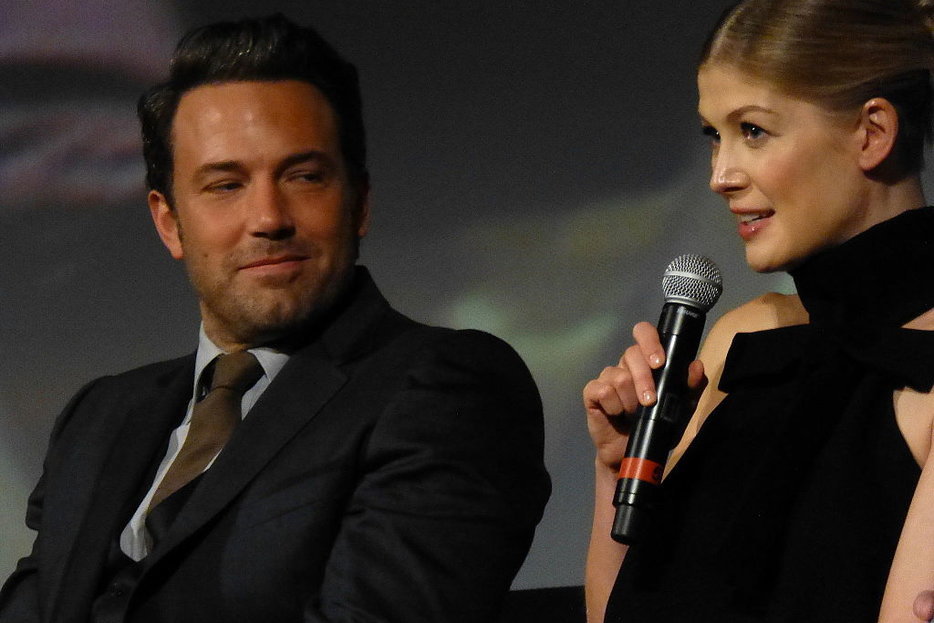 Image by aphrodite-in-nyc via Wikimedia

True crime has enjoyed a moment of cultural elevation over the last year beyond its beach-read and late night TV roots. True crime has also metastasized to the ranks of reality TV, and this surge of interest has nearly perfectly coincided with coverage of real-time violence against women—the Santa Barbara shooter Elliott Rodger, rape on college campuses, and the endless harassment of women by the Gamergate movement. But we’ve noticed, and criticized, how a lot of true crime tends to skate over the story of its victims. The victims are worth that focus, but the structure of true crime speaks much more deeply to how we think about victims, and more specifically, how we think about women.

In a piece for The Awl, writer Alice Bolin fit Gone Girl, and Serial into a larger narrative with Dateline, Court TV, and the Investigation Discovery network’s litany of programs, including Beauty Queen Murders and Catch My Killer. She pointed out how details of the types of cases rehashed again and again are characterized as remarkable, as if they’re “out of a movie.” And yet, the stories more often than not line up tragically, beat for beat, with the average domestic-abuse narrative. Boyfriends or husbands exert their need for control over women through physical or emotional abuse, and the signs or pleas for help from women are glossed over or ignored; the men escalate the volatility and violence in their domestic situations when their partner tries to leave; the men are friendly and helpful to the police until they are accused. For an extra salacious twist, the most obvious cues, the huge, blinking, neon arrows pointing to the most obvious suspect (the boyfriend, the husband) are held back within true crime programming until the dramatic climax. We make unfair spectacle out of someone’s heart-wrenching reality by buying into a rearranged plot line.

Violence against women is common—from 2001 to 2012, there were more American women killed by an intimate partner than there were American troop casualties in the Iraq and Afghanistan wars. But these female victims are hardly the focus of true crime itself. The focus of that content is usually the perpetrators, the minor tics of their behavior that, added together, become characteristic of a killer; the psychological patterns that reveal themselves in hindsight; the zeal for a woman’s attention that, if denied, turns to a zeal for tearing women apart. They are gruesome, alarming, dark stories that redeem nothing about humanity. It feels surprising, on some level, to hear about women seeking true crime out. Turns out, it’s mostly women that do.

In 2010, a handful of studies done by two professors at the University of Illinois-Urbana Champaign sought to determine who reads true crime books, and why. “It might be reasonable to assume that men would be more likely than women to find such gory topics interesting,” they wrote. “Moreover, many true crime stories include details that women would presumably find distasteful. For instance, these books often include horrific accounts of women being kidnapped, raped, tortured, and killed.”

What they found, however, was that the opposite was true: while the idea of books about people getting tormented or murdered doesn’t lend itself to a stereotypically female audience, women were overwhelmingly the primary consumers of true crime books, according to the findings. Women were more likely to review true crime books online, which was not true in a broader survey of books. Even within the genre of violence-oriented literature when there are female-oriented options, women prefer true crime: given a choice between books on war, the story of women’s experience in a gang, and a gender-neutral true crime book, women overwhelmingly chose the true crime book. Women were more likely than men to choose a book that stated on the cover that it would have information on how the victim escaped, with the expectation that they would be able to learn something from it. Women were also slightly more likely than men to choose to read a book with a female victim, as opposed to a male one.

“We always emphasize the women’s interests in the story,” says Michaela Hamilton, a book editor with Kensington Publishing Corporation. “If it’s a case that doesn’t have a woman’s angle then it’s probably just not a book.” Tracy Ertl, the editor at Title Town Publishing, echoes Hamilton’s experience. “I’ve never had a true crime book come to me that doesn’t include a woman,” she says. “As a publisher I’m not happy that most of the manuscripts that come to me involve women who are killed or victimized. It just happens to be what is.” And it’s true off the page, too: the UIUC study pointed out that the two thirds of CSI viewers are women (which, while more police procedural than true crime, does base some of its stories on real life).

Not only are women more likely to be consumers of true crime, but true crime authorship also skews more female than the industry average. This could precipitate a female audience, since men are less likely to read books by women than books by men, but women will read books by men, in addition to books by women, according to Goodreads. “If you look at the more famous true crime authors, most of them are women,” said Ertl—Ann Rule, who recently passed away; Katherine Ramsland; Carol Anne Davis.

Both Ertl and Rebecca Lavoie, a true crime author who has co-authored three books with her husband Kevin Flynn including Our Little Secret, can remember compelling cases they tried to cover that failed to gain traction because they lacked significant female roles. “We got the clear message [from publishers] that we should stick with stories in which the victims are female, period,” says Lavoie. She also notices that there’s been an uptick in casting women as the perpetrators of crime. “It’s not a feminist victory that women-as-perpetrators are developing a brand … on the tropes of wanton temptresses, insatiable sex fiends, or gold-digging sluts,” she says. And even if women temporarily get that position of power, it’s still part of the vicious cycle: “You don’t have to dig deeply into data to find that most of the women in prison were victims of abuse and trauma in their own lives.”

Women aren’t always reading these books to get into the minds of serial killers, or at least, the authors of these studies didn’t find that to be the case: when offered a choice between a book that included information on the science of FBI profiling and another that did not, women were only slightly more likely to choose the profiling one. The women didn’t demonstrate a preference for books that provided a deeper understanding of the men who become murderers. The data suggested that women are not interested in true crime for the sheer science of profiling, but that their fascination is rooted in self-preservation. They want to know what the actions of the killers are, so they can protect themselves, but they’re not interested in finding out why the killers take action.

We are still feeling for the bottom of the unfair disdain for women, the misogynistic undercurrent that women insist is there as people—mainly non-women—continue to argue with them. As campaigns like #YesAllMen demonstrated, misogyny doesn’t happen in pockets or in certain circumstances; it’s a universal experience, a truism of being a woman alive today or at any point in the past, with profoundly rare exception. True crime is true in the sense that it is based on real events, but it’s true also to its major audience in another sense: it’s familiar. Women may gravitate toward true crime because it as part of the self-blaming cycle society imposes, and consume true crime as a way to prepare for or cope with the challenges that come with living in a society that hates women.

As Bolin pointed out, the (largely male) killers and criminals in true crime content acting against their (largely female) victims are often described in ways that belie their violent acts: friendly, outgoing, even charming. Unsurprisingly, people who have never been victims of their violence are always surprised to learn they are, in fact, criminals. Crimes against women, and the resulting true crime, are everyday misogyny writ large: women are told it’s outliers, it’s infrequent, or it’s their fault, when it is none of the above. Encountering violence or aggression for women in real life is about when, not if. But women sense the sheer randomness of it, how little we deserve all the things that happen to us. For a long time it was a fact of life and we didn’t understand why. For lack of better understanding, we sought out explanation. True crime, in its traditional sense, is a form of explanation.

Per the studies above, women read true crime hoping to “learn something.” Ostensibly, true crime teaches literal behaviors. Don’t walk or drive alone at night, don’t wear certain clothes, don’t talk to men other than our significant others. But the bigger, more abstract lesson is clear: women must bear unfair responsibility, and thus blame, if worse comes to worst. Women can put all this newfound information into effect, and the bad things keep happening; never mind, they will learn more and try harder next time to not get harassed, raped, or abducted. They can never do enough. “A false sense of preparedness comes from true crime,” says Ertl, who also works at an emergency call center that fields half a million requests per year. “You can never be completely prepared.” And yet, all women have to deal with men. We have to learn somehow. “The only ‘survival’ strategy I’ve ever thought about consciously was in writing stories in which the perpetrators were narcissistic emotional abusers,” Lavoie says. “If I have the chance to show our readers what that looks like, I take it.”

Content that deals with women as victims tends to treat them as spectacle or collateral, or worse, a rightful possession of the community or a man, rather than three-dimensional characters worthy of empathy. True crime, especially, lends itself to that. But women are also drawn to true crime, more rarely, by empathy for the female subject’s victimization. Ertl says the best true crime elevates beyond the details of the crime to capture the psyche of the women involved, and the related fallout. Some newer true crime gives this angle fair play—the book Alice + Freda Forever gave a complex literary take on not just a female victim, but a female murderer, but many listeners noted the shortcomings in Serial’s treatment of its female victim, Hae-Min Lee. True crime has successfully captured women by producing something they can relate to. Perhaps the surge of interest in true crime over the last year has closely followed an explosion in the development of feminist perspectives because we have a more powerful lens to examine true crime than ever before. That lens can be used to invert the image, the direction of blame, so it’s no longer on the female subjects and readers, but in its rightful place.

Casey Johnston is a lead editor at The Wirecutter and has written for outlets including The Awl, Matter, Vice, The Hairpin, and Ars Technica. 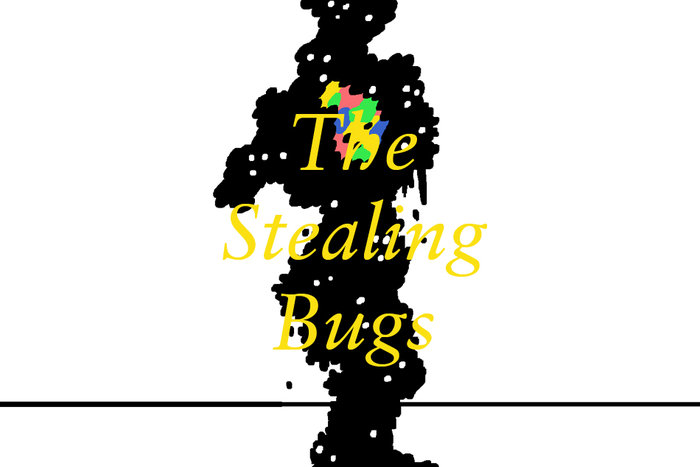 Comics
The Stealing Bugs Pt. 9
“Wait… Before we start.” 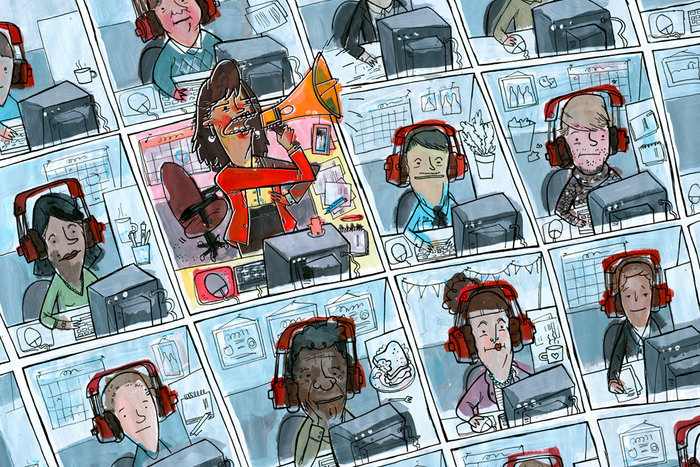 Scaach-22
Why Won’t Anyone Learn My Name?
Are you locked in an endless power struggle? From conflicts and confrontations both institutional and personal, to…