Why Won’t Anyone Learn My Name? 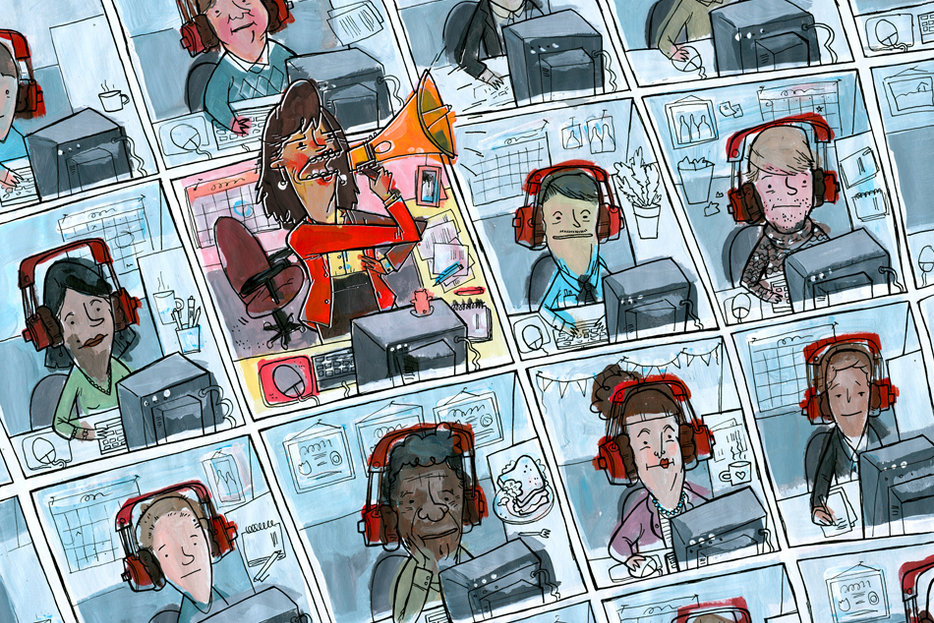 I believe it was William Shakespeare who once wrote, “That which we call a rose by any other name would smell as sweet.” What a nice sentiment from a man who is old and white and dead and whose name is Bill. This is all to say, a man who doesn’t know shit. A rose by any other name is not a rose, particularly if it’s name is, say, Scaachi, and it grew up in Southern Alberta in a suburb where literally all the women were named “Jessica” or “Tegan” or “Sara(h).” That rose might become somewhat embittered about its name, living a lifetime of explanations: “There’s a silent c and an extra a in there, I know, it’s tough,” or “It’s Scaachi, not Sasha” or “Yes, exactly like the ad agency, whatever you need to understand this.” Maybe that rose would eventually start to think that people with names that are socially accepted by western society are unwilling to expand their thinking any further to make room for names that are, by their standards, unorthodox.

Because do you know what all names start out as? Complete nonsense. Remember when we all thought “Blake” sounded like a word you’d use to describe skin flaking off of a heel, and now every suntanned turd in the 11th grade is a Blake or a Bailey or a Beau? They’re all wearing tank tops and snapbacks and they make me very uncomfortable when a crowd of them gets on the bus. (This is beside the point, I know. I just want you to understand that all teenage boys make me uncomfortable.)

But I guess the real question here is why people keep doing this to you. These people fall under a few subsections: hopeless well-intentioned dummy (someone who is trying to learn your name but, for some reason, cannot get their shit together), willful dink (someone who just does not care to learn your name), and the most nefarious of the three, What’s The Big Deal (someone who isn’t really doing it on purpose, but doesn’t seem to care either way). With the first person, you just need to keep reminding them as often as they need it. With the second person, you should be as rude in correcting them as they are in refusing to hear it. And, thanks to the third, I think we should all listen to a professional explain what a micro-aggression is.

“Micro-aggressions,” says Derald Sue, Professor of Psychology and Education at Columbia University, “are the everyday slights, putdowns, indignities, invalidations that oftentimes marginalize a group’s experience, from well-intentioned individuals who are unaware they are committing a microaggression.”

Simply put, a microaggression is when someone says something vaguely shitty to you, usually relating to your gender, race, orientation, physical ability, or whatever else makes you even somewhat different from them. The comment isn’t outright offensive, the way a racial slur might be, but it’s just cutting enough to make you pause and think, “Hey, wait, that was shitty. Maybe?”

Take, for example, a conversation I had a few months ago while joining my Old Man Boyfriend on his high school reunion of sorts. His friend’s sister brought her boyfriend, some white doofus living in Ontario who maybe had never met An Ethnic before. “Where are you from?” he asked me. I told him Toronto. “No,” he said, “Where are you from?” Well, I was born in Calgary. Then, the final nail: “Well, you look like you’re obviously not from around here.”

His girlfriend and her sister clenched so hard I could almost hear their teeth scrape together as I explained to him that my non-whiteness does not mean I am not, say, a Canadian citizen. He meant it as a simple statement—you are clearly not white, therefore, your ancestry is linked to another country—but I heard it as a pronouncement on my belonging—you aren’t supposed to be here. “The difficulty with a microaggression is that they have a conscious communication, which the person believes is positive,” Sue says, citing how people frequently compliment him on his English. “I always respond by saying, ‘Thank you, I hope so, I was born here.’”

So here’s the rub: “When you try to point out [micro-aggressions] to a person, you get upset or offended, they consciously can’t understand why you’re being upset because, ‘I just complimented you.’”

Remember when we all thought “Blake” sounded like a word you’d use to describe skin flaking off of a heel, and now every suntanned turd in the 11th grade is a Blake or a Bailey or a Beau? They’re all wearing tank tops and snapbacks and they make me very uncomfortable when a crowd of them gets on the bus.

“Don’t feel apologetic for having a name that is marginally more difficult for people to say or learn,” says Duana Taha, a writer for Lainey Gossip on all things names and a marginally-more-difficult name-haver. “It’s not that hard.” That is the thing, isn’t it.? It’s not that hard, and if someone is willfully refusing to learn how to spell or say your name, it says far more about them than it does you. “We’ve made incredible strides. People know how to pronounce Sioban or Kobe. The English language is malleable.” Taha also mentions that it’s important that you know that you should not feel embarrassed about correcting these people. It’s not your fault that the current climate doesn’t accept your name as a common or easy one to grasp. They’re the ones who got it wrong; remember that.

Were you a white person with a “different” name, it’s less likely people would say a very inelegant version. There’s a reason, as you’ve pointed out, that this mistake persists: “I know a famous black girl with a similar name that is actually not the same name but, whatever, here we are.” Kristen probably gets called Kirsten fairly often, but do you think the people making the mistake are getting defensive? And do you think they’re doing it more than once?

Which leads us back to whether or not this is a micro-aggression, and if you should treat it as such. Sometimes you’re going to run into people who—god bless their little trash hearts—are going to get your name wrong. They will forget it, and they will make a mental note to try to remember it by linking it to that dead ‘90s singer (RIP, never trust a plane) and will instead just start thinking that is your name. It doesn’t mean they’re bad, or that they’re not trying. It might just mean they’re dumb. Your decision on how to handle them depends entirely on how sympathetic you are to bozos.

But if, say, you do correct someone on the spelling or pronunciation of your name—which you should if you want to—and you’re met with a defensive, whiney, dismissive complaint, then you are dealing with someone who is handing down a micro-aggression of true proportions. This leaves you with a few choices: explain to them why they’re being shitty, tell them what your name is (“There’s something to be said for just being kind of diligently matter-of-fact about it,” Taha says), and expect them to start saying it correctly in the future.

It is not your job to make up for someone else’s inadequacies. If you’re a person of colour, or a cis or trans person, or whatever it is that makes you just different enough that the majority considers part of you invalid or less significant, it doesn’t mean that it’s your responsibility to constantly explain yourself. It’s their job to learn not to be the worst, and you don’t have to be a part of that fundamental education if you don’t want to be.

I will say, though, that I think it makes a difference. When that jackass told me I “looked” like I wasn’t from this country, I told him off for a good hour. It was exhausting, yes, but the hope is that the next time he tries to say something similar to another non-white individual, he might remember me calling him an uneducated goon. When I was 6, I couldn’t remember the term “aboriginal,” so I said I would just continue to call them “teepee people” as I had been for a year or so. My then-18-year-old brother grabbed my arm and said, “No, you won’t.” I learned the correct word real quick after that.

You don’t have to correct anyone on anything if you don’t want to. But I do think it helps. After all, this was my Starbucks cup this morning.

Miss Nasty if you're nasty. 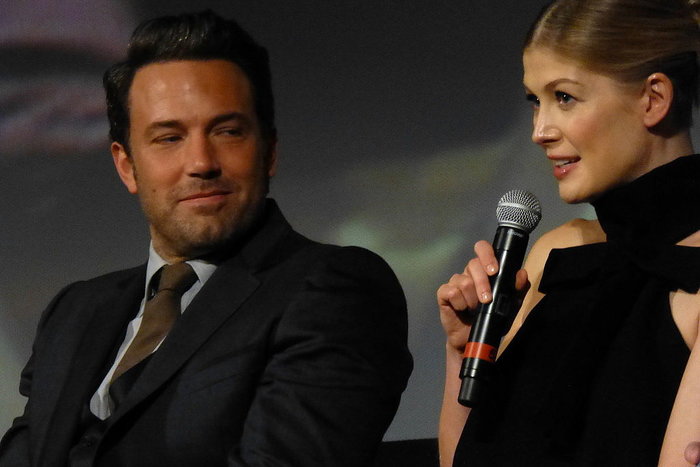 Culture
The Good Girl’s Guide to Staying Alive
When it comes to true crime, women are often both victim and audience. Why are female readers drawn to tales of their… 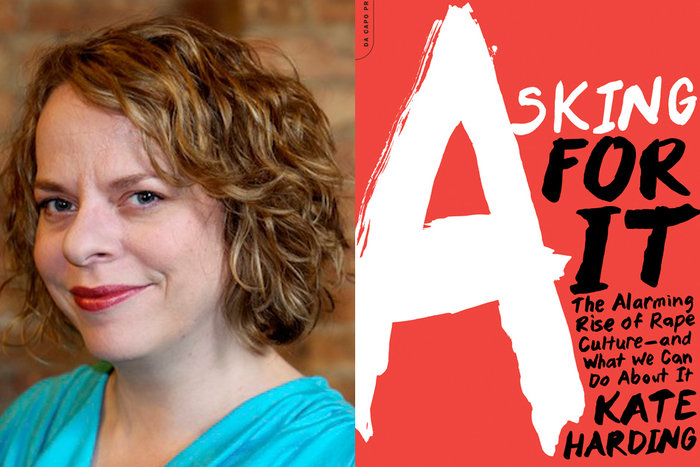 Interview
‘Righteous Fury Helps Me Process’: An Interview with Kate Harding
Talking about rape culture, the overblown fear of false accusations, and using humour to make the unthinkable thinkable…