The Geometry of the Place: Model Shop and the L.A. Experience

Filmmakers often romanticize their hometowns on screen, but, as Jacques Demy’s vision of Los Angeles in Model Shop shows, sometimes it takes a tourist’s fresh eyes to reveal the beauty that locals miss. 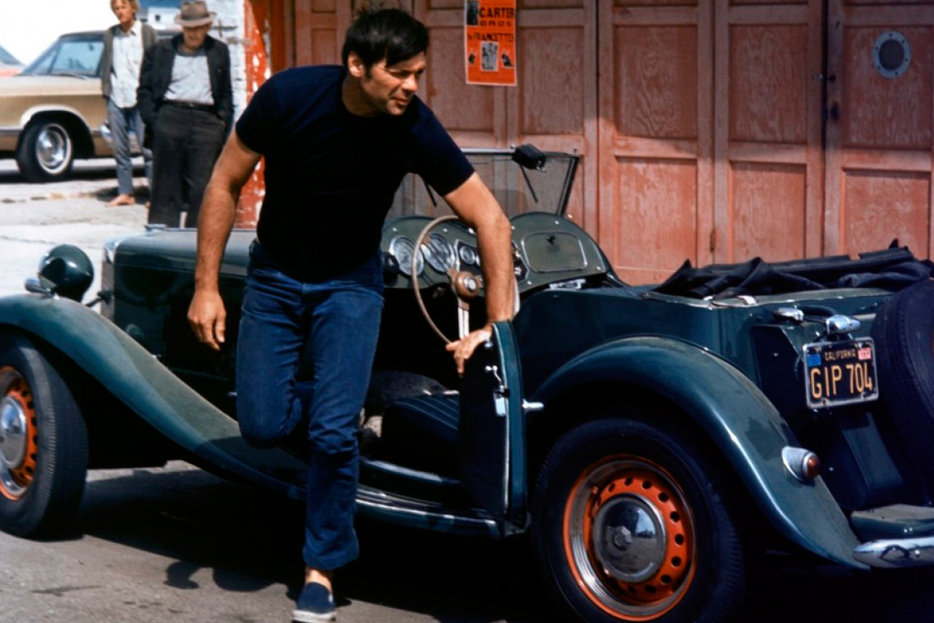 It’s a bit of a critical cliché to describe a city as a character in a film. Usually, it simply refers to how accurately a place is portrayed: we recognize that urban spaces are largely incidental to the movies that shoot in and around them, interchangeable with studio sets, and used only when a cardboard mockup won’t pass for the real thing. So we tend to get a little carried away when we see a film that pays attention to the look and feel of the city in which it’s set. They’re typically the produc ts of directors wanting to romanticize their hometowns, marshalling the monumentalizing powers of the cinema toward some enduring testament to the essence of their favorite place on the earth. Woody Allen’s Manhattan transforms the New York of the 1970s into a hotbed of self-deprecating intellectualism and European-inflected chiaroscuro lighting. Wong-Kar Wai’s Chungking Express, among other films, shoots modern-day Hong Kong as an expressive watercolor blur. Even Ben Affleck made a go of civic commemoration with Gone Baby Gone and The Town, which all but did for Boston what The Sopranos had done for New Jersey.

But much as a city can be loved by both locals and tourists alike, so too can a place be enthusiastically celebrated by cinematic visitors. Allen, now bored of his homeland, apparently, has made fond picture postcards in honor of London, Barcelona, Paris, and Rome over the last several years, while Richard Linklater just wrapped up a twenty-year trilogy of Before films in which Americans sightsee in Paris and the Peloponnese, respectively, with the camera soaking in the view. Many of the most well-regarded portrayals of cities on film, from Vertigo and San Francisco to Vienna in The Third Man, were made by directors who never lived anywhere near them. Perhaps it’s the case that tourists don’t make films about cities in quite the same way as directors native to them, at least insofar as they are naturally guided by curiosity rather than familiarity. The desire to explore that comes instinctively to a person visiting a new and exciting place might be a distinct advantage for a filmmaker looking to convey something intriguing about a foreign locale. And if there’s some vague essence of authenticity lost in the process—if a tourist cannot, by definition, shoot a city with the same authority as a local—it’s maybe made up for in the eagerness of the approach.

Fresh eyes, in other words, can sometimes see things that those too familiar cannot. This is doubly true of places in which even the strangest landmarks seem somehow fundamentally banal, fixtures of pop culture emblazoned in the cityscape as in the popular imagination. In 1969, Jacques Demy left his native France, where he’d just made two superb color musicals in the cities of Cherbourg and Rochefort, respectively, to ship off and make his English-language debut in America, a drama set in Los Angeles called Model Shop. Like Michelangelo Antonioni, who came to the United States the following year to make the notorious failure Zabriskie Point, Demy saw Los Angeles as a setting of remarkable richness and beauty. It wasn’t a once-great desert landscape lost to the gaudiness of commerce, but, rather, an urban landscape that was great precisely because of its gaudy elements. Los Angeles was an overflowing, decorous sprawl, a place built for endless roaming under the blazing summer sun.

And so Demy, playing the part of the wide-eyed tourist, set to work creating a testament to the spirit of Los Angeles. Model Shop is not simply a film in which action takes place in Los Angeles; it’s a film about the Los Angeles experience, in a meaningful way, to the point where even the city’s layout and design shape the narrative and direct the action. L.A., in the film’s conception, becomes a land designed expressly to wander.

The film’s protagonist, George, is an architect disillusioned by the wearying commercial demands of his field. He aspires to create something of his own but is unwilling to pay his dues. Quitting his fast-track position doing paperwork so that he might one day do more than make “service centers and luxury hotels,” George is left without income or, more distressingly, a sense of purpose. And so he simply drifts: he listens uncaringly as his girlfriend describes her desire to leave him, talks aloofly of the looming threat of Vietnam conscription, struggles to find a reason to get out of bed. He is a man without a plan, but he seems to be living in the perfect city for it: Los Angeles, with its shapeless geography and loose-knit feel, accommodates the aimless. It’s built to be explored, not conquered.

When the bank arrives one morning intending to repossess George’s car, he convinces them to give him a few hours to scrape together the back payments, but his quest proves oddly lackadaisical. Usually, George’s need to find some quick cash would drive the film, inciting the action and sending our hero on a series of amusing (mis-)adventures—one can easily imagine a race to beat the clock through the steamy streets of New York City (think the one-night-stand from hell of Scorsese’s After Hours). But in Model Shop, the adventure seems almost arbitrary. George goes through the motions of tracking down friends from whom he might borrow money, but he ultimately spends it on something else on a whim. He loses his vintage MG—without doing much at all to stop it—but gains something else instead: his search takes him pursuit of a mystery woman’s white car, which pulls into the driveway of a mansion in the hills. As George wanders the outside of the estate, the cityscape catches his eye from up above and far away and above. He sees it as Demy does: anew, as a visitor, witnessing the beauty of the sprawling metropolitan mess as he had never been able to before.

Later, visiting a friend, George tells of his revelation:

“I was driving down Sunset, and I turned on one of those roads that lead up into the hills, and I stopped at this place that overlooks the whole city. It was fantastic. I suddenly felt exhilarated. I was really moved by the geometry of the place, its conception, its baroque harmony. It’s a fabulous city. To think some people claim it’s an ugly city when it’s really pure poetry, it just kills me. I wanted to build something right then, create something.”

George’s friend nods in understanding. It’s a rare sentiment: most people, as George rightly acknowledges, don’t think twice about the aesthetics of the city they call home. It isn’t hard to hear Demy speaking these words through George, expressing his own feelings about the city he’s visiting, and in that context it almost seems like an argument on behalf of L.A. Model Shop, in its own earnest way, isn’t just a testament to the beauty of Los Angeles, but a rallying cry around it, designed to persuade those most inured to the billboard-lined ridiculousness of the sunset strip that there’s something more to it. It’s an argument only a tourist could make.

The TIFF Lightbox will be hosting a retrospective on the films of Jacques Demy from June 27 to July 20. Model Shop will be screened on July 5 at 6:30 p.m. 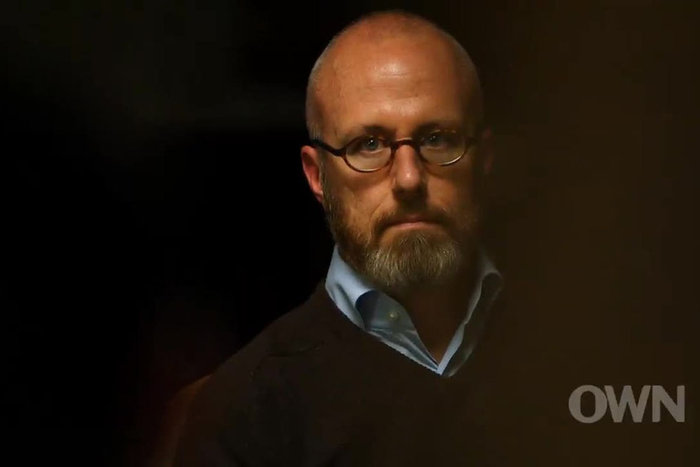 Well That Sucked
Well, That Sucked: What Went Wrong This Week For … Reformed Homosexuals 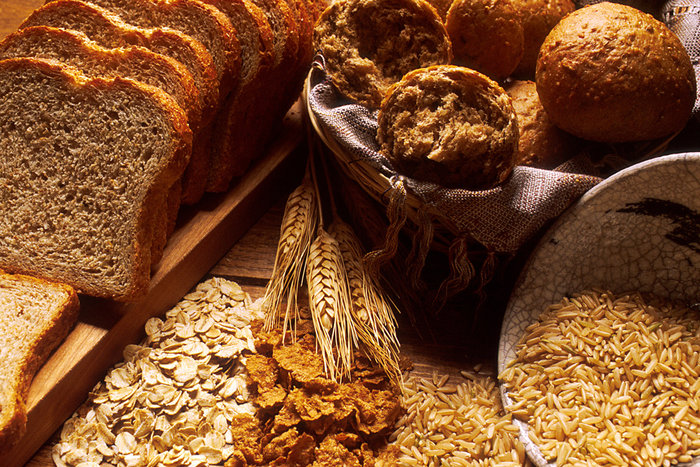 Marginalia
My Life as a Monster: Going Gluten, Wheat, and Dairy-Free