Everything I Know I Learned From Vanishing

Apparitions usually appear to one person at a time. If you want to be otherworldly, keep moving.

Meredyth Cole is a writer from Vancouver. She... 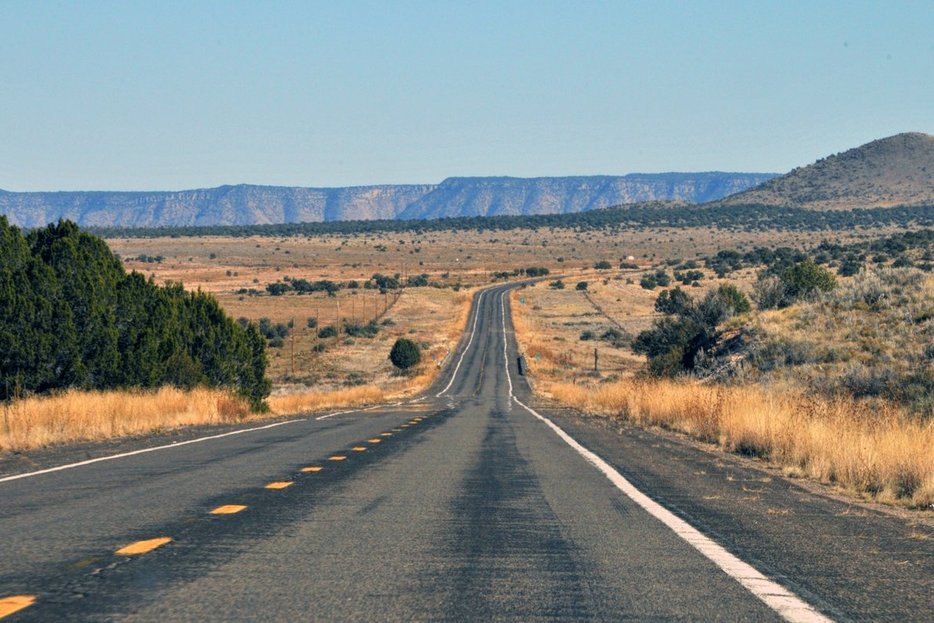 Boarding schools have an entire vocabulary attached to them, idioms that come with the territory. There are locations that, visited at night, mean you are having sex. There are coded nicknames for teachers, for classes. For drugs. One phrase at my school was “stress leave,” which meant that the demands of being unspeakably privileged had become too much for you. The reward for this panic was a week-long break at home (where, it must be noted, you still had to do homework). Stress leave meant you were freaking out, in any of the infinite and predictable ways that teenagers freak out.

I took a stress leave in eleventh grade. Stress seems a quaint term for what I was experiencing: self-loathing so deep and anguished it was almost beautiful, like the magnificence of a nuclear explosion seen at a distance. In a not-quite-suicidal way, I wanted to disappear. For a week, I could. Stress week.

Those seven days allowed me to test run what it would be like to not exist. My universe was so small—my school, my friends, my Facebook page—that leaving it completely was as simple as my mother bundling me into her silver Volvo and whisking me away. Death was as simple as sleeping in a different bed. Rebirth was a fresh, white bathrobe. I disappeared.

Controlled vanishing has been my M.O. ever since. Reflection is my most serene state, and to shrink back and observe the blank place where I once stood is the closest I can come to purity. It’s the most potent route to understanding that I know.

The next year, I disappeared again. I went to a new school and, although it was a disaster, it happened in a vacuum. I learned early on to diversify my personal failings. I realized that the more varied the people who saw me hurting, the less fixed the image of myself as someone fallible would become. It was in my interests to make sure these people did not know each other and could not corroborate their evidence. I developed a taste for fresh starts and the sweet gloss they cast over me. Apparitions usually appear to one person at a time. If you want to be otherworldly, keep moving.

Frequent moving is motivated by a desire to both escape who I have been as well as know who I am. Moves are supposed to clear me of memories, like emotional exfoliant. They are meant to actuate change, but I change steadily, never dramatically (the way I want to). The only thing that has really transformed is this: after years of fearing that I might become irrevocably sad and curl inwards like a burnt piece of foil, I now know I can weather any storm. The nature and frequency of these storms, however, is constant. I get depressed, I think often (but not lustily) about death, then I move.

New cities let me start from zero. New cities are razed ground where I expect perfect plants to grow. I call this freedom. But that’s not quite right, the haunted are never free. Neither are the hunted.

And today, we are all hunted, or, at the very least, we are searched for. I realize that disappearing is impossible as long as I insist on posting pictures or tweets, but that is the beauty of my situation. I can’t disappear; but I can exist in as many places as possible. I show up on the screens of people I once conversed with, or haunt the geo-tags I used to occupy in real life. I have a complicated relationship with social media; the success-mongering of my peers makes me feel sluggish, but I love the digital ooze that I can leave behind. I want to be traceable. And isn’t it amazing how the ugliest creatures leave such a beautiful, glistening wake?

Still, there is something immaculate about disappearing today, something supernatural. Think about how we describe hookups who dematerialize, they “ghosted.” I’ve always talked with my friends about the allure of men who don’t have Instagram, they are the closest thing to Byronic heroes we millennial girls will ever get. In a world where we are constantly, compulsively asserting that we exist, disappearing is the last stunning act.

But disappearing acts are good for more than airs of mystery, they force the people who care about you to show their hand. It always occurs to me, in an eddy of my brain, a place where beer cans and lost shoes gather and spin: how can you know who will bother to chase you unless you run?

The week I went away from school, I ate and cried and did many, many hair masks. My hair was so moisturized each strand was like a yogurt tube. I also received a Facebook message from a boy I hardly knew who I thought was very handsome. I forget what it said, but it amounted to, “I noticed you are gone.” My heart felt like a bit of skin caught in a zipper.

That time and every time since, disappearing has been a challenge I throw out to all the people who populate my world. Which one of you gets it? It doesn’t matter if I’m waving or being swept out to sea, my silhouette is receding steadily onto the horizon, and I want you to notice. But know this, seeing is the least you can do. I’m really checking if you’ll swim after me.

Sylvia Plath, in her poem “Lady Lazarus,” imagined reaching the brink of death and coming back nine times. Each time she is stronger, and there is always an element of enhancement that comes with disappearing. Lady Lazarus says, “Out of the ash/I rise with my red hair/And I eat men like air.” I know that I become less silly and scarier with every disappearing act. My image grows stronger, more distinct. It’s true of everyone. Magicians are simply men in top hats until they disappear: when they do that, they are magic. Fathers are fathers until they are gone, then they are myths.

Disappearing appeals to those painfully ill at ease with themselves, or those unable to reconcile who they are now with what they did then. Disappearing is the magic of the disassociated. It’s the charm of the confused. I sometimes think of it as softened heartbreak.

A certain amount of capital is required to vanish into thin air: which is why accountants can only do it after stealing their clients’ money. This is also why the gaps between my vanishing acts have grown longer.

I have found other ways to disappear, methods that don’t require switching continents like they are cell phone service providers. I sit in dark theatres alone. I deflect acknowledgement. I dump friends. I stop talking.

The first time I disappeared, I did it to test my world, like the science experiments I’d performed in class. Crude trials, removing one element to understand its effect on all the others. In high school, I wanted to know what remained the same after I was gone. What was real? Vanishing was a way to gauge my own importance in a flash. Today, I disappear to understand which parts of my life are immutable. What comes with me when I go, and what is the top hat I leave spinning on the stage? What words and phrases are mine alone, and not the product of my company? What does my voice sound like without the interference of memory?

All I really know I learned from vanishing. And anyone who truly loves me knows this: I will make sure you love me enough to chase me when I’m gone.

Meredyth Cole is a writer from Vancouver. She currently lives in London. 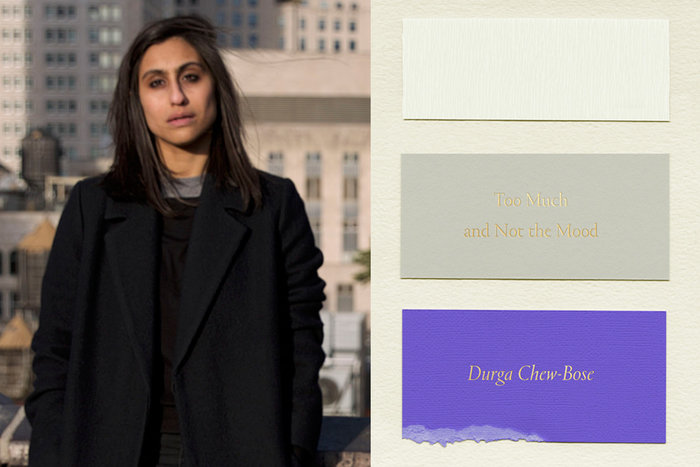 Interview
‘When You’re Writing, Everything is in Retrospect’: An Interview with Durga Chew-Bose
The author of Too Much and Not the Mood on restlessness, heritable belongings and interior life. 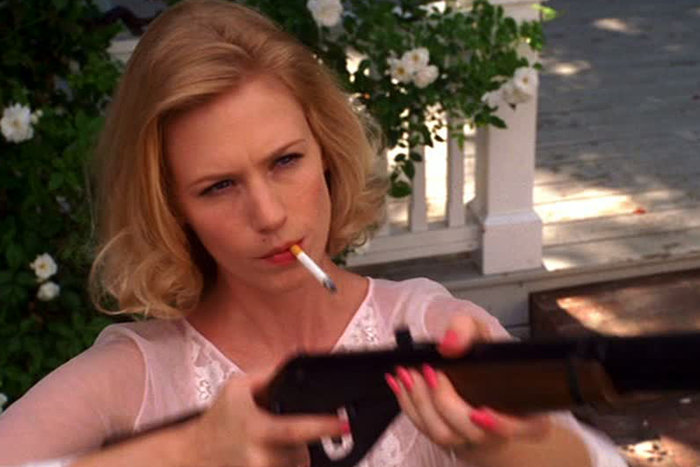 Fashion
Dressing Like Ladies
Clothes are an evolving expression of the selves we want the world to see—that’s what makes them so powerful. But, as…