Prepared for every situation, even pandemic, mothers should be the ones on TV when our nation is under attack by terrorists or viruses.

Ian Williams
IAN WILLIAMS is the author of Personals, shortlisted for the Griffin Poetry Prize and the... 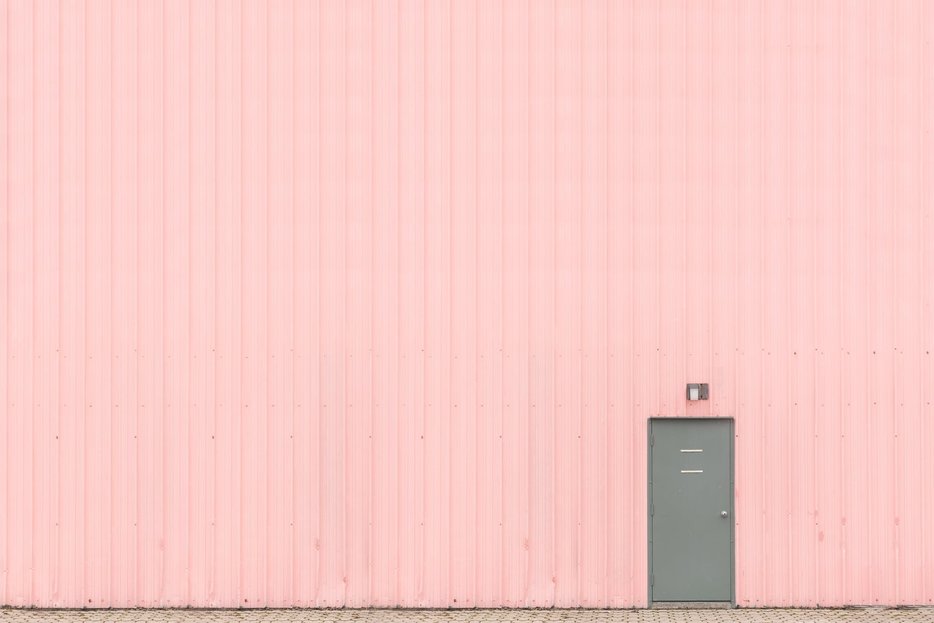 Angel of the Pearly Gates

My mother has strict ideas about what needs to happen when one enters the house. One should remove one’s shoes and place them on one of two shoe racks, the short-term shoe rack for shoes in daily circulation or the long-term shoe rack for shoes in lower rotation. But do not leave shoes in front of the door. After removing one’s shoes, one should put on slippers to cross the tiled floor of the entryway because concrete emits toxins that your feet absorb over time. Then one should hang up one’s coat in the coat closet, place scarves on the hook behind the door, if applicable, place gloves in the appropriate basket above the coats, if applicable. Toques can stay in pockets, unless wet.

When my mother calls me, she enters the conversation by saying, Yes, Ian, then launches into whatever’s on her mind. Whether I answer or she leaves a message, she always begins the same way, Yes, Ian, which is odd, because she says no to so many other things.

I don’t think that the automatic conjuring of all negative possibilities is a reflex unique to my mother. She is the angel of caution, trepidation, warning, hesitation, be carefuls, why are you going to Greece? Did you floss your teeth tonight? Don’t talk to people without a mask, remember to wash the lids of canned goods—rat pee. She predicted that COVID-19 would become a pandemic when it was still in Wuhan. With prophetic acumen, she advised me to cancel all my travel. But before that she said, Why are you going to Italy?

The angel of caution also means that mothers’ handbags, glove compartments, and pantries are reliable sources of Band-Aids and juice boxes, emergency granola bars, lip balm, hand lotion. Prepared for every situation, even pandemic, they should be the ones on TV when our nation is under attack by terrorists or viruses. My mother would advise the nation to eat more garlic.

There were steep concrete stairs at the side of my grandparents’ house. When my brother and I were little, my mother must have had sweaty dreams about us tumbling down those stairs. The fact that she still mentions them from time to time means that they’ve inflicted a deep psychic wound.

As boys, danger was a concept that my brother and I acquired late. I remember the heat of my mother’s hands hovering around our waists or inches from our backs. My mother does not advocate for learning the hard way or for natural consequences. If she’s doling out a consequence, fine, but if the consequence of, say, irresponsible spending by an older brother during college means that he’ll eat only cereal for a while, then no, her boy need not suffer that consequence. She’ll send him more money.

When we were learning to walk, she insisted that children didn’t need to fall.

Those stairs are really the only part of the house that I remember and I remember them as a kind of monster with a mouth and a long ridged tail like the spine of a dragon.

The opposite of fear, in my mother’s case, is not courage but security. Like many Boomer parents, she falls into the job-car-house-retirement-with-a-pension pipeline of dreams. When I bought my tiny, overpriced place in Vancouver, she said both, Congratulations and Ow, you poor thing, recognizing the necessity and injustice of home ownership in that city.

Again, like many people, she spent her working years qualifying for a mortgage then responsibly paying for it. Our houses became larger and more detached in stages, from townhouse to semi-detached to fully detached. Soon it will hover above the earth in truly detached radiance.

She had a list of requirements for that final house, a literal list: at least three bedrooms, double garage, walking distance to a bus route, though everyone drove everywhere in the suburbs. Importantly, the list included a proper entrance. A good entrance comprises a procession up a path, a few steps up toward the front door, no more than five, a porch, a step into the house, then a step from the foyer into the front hallway. Houses were disqualified for having too many or too few steps.

Another thing on my mother’s list of requirements was multiple exits. Front door, rear patio door, large upstairs windows, and ideally a side entrance/exit from the basement. In the event of fire, one should have options, like on an airplane, I guess. But I sense something more: that a woman should be able to leave places easily, even her own home, that a black woman in North America, meaning a descendent of formerly enslaved people, should be able to leave her situation, her marriage, her mind, if she wants, at will.

It all sounds extraordinarily fussy, doesn’t it? The concrete rules, the step up from the foyer. I could offer plausible explanations but the older I get the more I feel that my mother resists any coherent interpretation. My mother retains an inexplicability, an unpredictability of temper and reaction, even in her very predictable actions.

I know her well, probably better than anybody on the planet, but she cannot be fixed by my knowing. It’s not so much that she’s expanding in new directions but that she’s digging a hole in the basement and spending more time down there. I’m upstairs near the door. I hear CNN on loop down there. The light is a bare bulb. I’m not sure why she’s digging down there. What’s the hole for? Who?

My mother’s oldest friend lost two of her adult sons. One was a police officer who was shot in his driveway, the other one drowned with his wife a few months after their wedding. She has one son left.

Another of my mom’s friends lost her adult child to stomach cancer.

Another woman at church lost her son, her baby, she calls him, to violence. All these mothers go forward with their rounds of grocery shopping and oil changes, and it’s impossible to know exactly if they break down at home when they crush garlic and remember how their child used to smell the skin before tossing it into the garbage.

To keep another human being alive for decades is no small thing. The childless can opt for a cactus or a fern, depending on their time and instincts for caregiving. One could party in Ibiza for months and come back and the cactus will still be fine. By contrast, knowing that a child is not a cactus, how does a mother ever lift her attention from her child? Just today my mother texted me to remind me to drink water.

Here’s Zadie Smith in the childhood section of Swing Time:

What do we want from our mothers when we are children? Complete submission.

Oh, it’s very nice and rational and respectable to say that a woman has every right to her life, to her ambitions, to her needs, and so on—it’s what I’ve always demanded myself—but as a child, no, the truth is it’s a war of attrition, rationality doesn’t come into it, not one bit, all you want from your mother is that she once and for all admit that she is your mother and only your mother, and that her battle with the rest of life is over.

What do we want from our mothers when we’re adults? I’ll take the occasional juice box, sure.

But I think the real question is not from but for. What do we want for our mothers when we’re adults?

A golden harp, a golden rule: That she would do unto herself as she did unto me.

Ian Williams
IAN WILLIAMS is the author of Personals, shortlisted for the Griffin Poetry Prize and the R 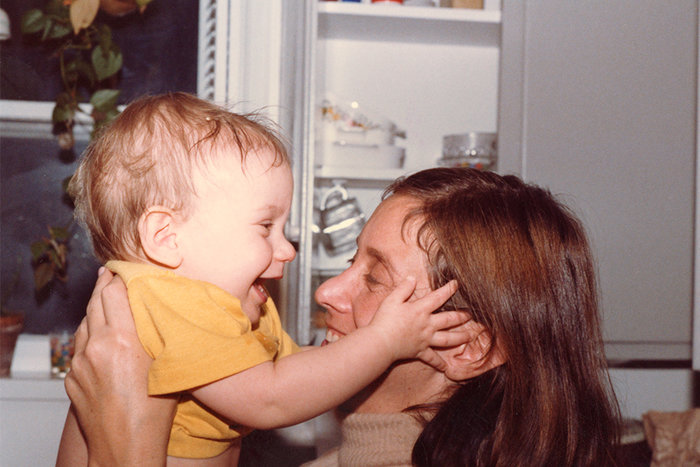 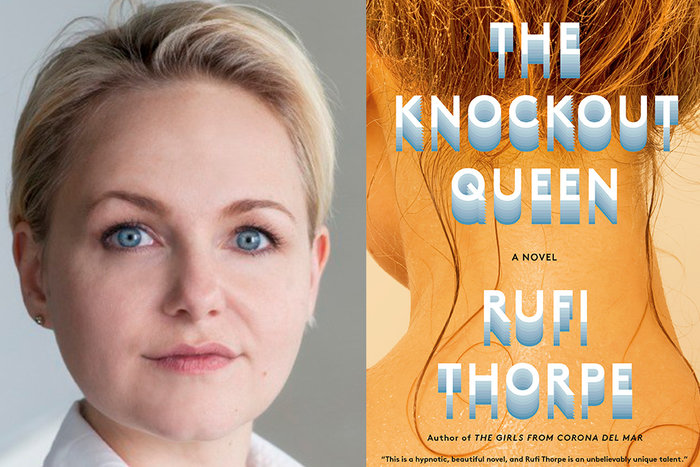 Interview
‘The Rebelliousness of the Body’: An Interview with Rufi Thorpe
The author of The Knockout Queen on craftsmanship, sexuality, and strength.