Are You Having Enough Fun?

Fun is many things: youthful rebellion, civic duty, blue wig. And thanks to its hazy definition, fun can feel like an obligation you’re failing to meet. John Beckman’s American Fun helps explain why fun has us so perplexed. 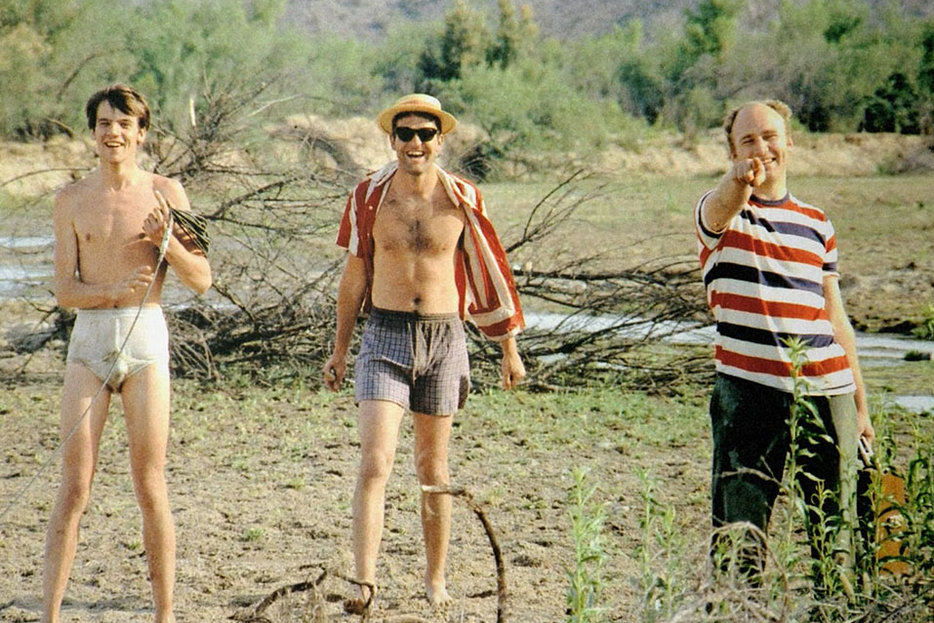 Are we having fun yet? In our summer? In our lives? I’ve been trying to figure out how to have fun like everyone else since the sixth grade, and I’m not sure I’ve ever gotten the hang of it. Now I’m 34 years old and I have two creeping suspicions: one, that if I haven’t truly had fun by now I never will; and two, that having fun is not supposed to be my mission anymore.

I should say that by any ordinary standards, I have had more fun than I probably deserve. On more than one occasion, I’ve danced so hard I bled; I hitchhiked around PEI with a sign that said “Hollywood”; I’ve gone skinny-dipping more times than I can count. I’ve been to the kind of party where you end up naked except for a white feather boa and a gold belt, throwing pitchers of beer at your co-workers. I’ve seen circuses, and ridden Ferris wheels, and committed small, thrilling acts of trespassing, theft, and vandalism.

According to John Beckman, I’ve been having a little bit of fun. In his new book, American Fun: Four Centuries of Joyous Revolt, he lays out the difference between fun and pleasure. “Unlike the pleasures of watching and eating that have come to characterize the United States (often justifiably) as a nation of dull consumers,” he writes, “fun is one pleasure that can’t be felt. Fun, like sex, must be had.” Taking pleasure in passive entertainment is not fun; fun is about doing. And, Beckman argues, doing something with an element of transgression. If you don’t have to fight for your right to party, you’re not really partying.

The ’60s were fun because the countercultural devotion to embracing new experiences was both semi-religious and politically radical. Having fun was almost a civic duty. Beckman recounts how a gang of illustrious American dropouts and weirdos calling themselves the Merry Pranksters, headed by Ken Kesey, author of One Flew Over the Cuckoo’s Nest, drove their Day-Glo bus across the country:

Kesey wore a pink miniskirt, pink socks, and pink shades and wrapped his head in Old Glory to become ‘Captain Flag’; he demanded salutes along the New Jersey Turnpike. [Neal] Cassady, the lead-foot chauffeur, was ‘Sir Speed Limit.’ They staged impromptu games with red rubber balls and ‘tootled’ passersby with flutes from the roof of their bus…their only edict was to ‘go with the flow’ and let each other have their own trip—even if that meant going clinically insane, as happened to a couple of them.

By this definition, almost none of us are really having fun. And this image of what fun means—a transcendent experiential flow of such force that you are catapulted out of yourself and straight into legend—may be why it’s so hard to tell when or whether you’re having it. If you remember the ’60s, they say, you weren’t really there—is it possible to have real fun while still retaining a sense of self removed enough from the proceedings to identify the feeling?

Of course, the Merry Pranksters embody a specific kind of Dionysian fun that’s hard to achieve without the right drugs. In 1985, Susan Orlean travelled across the United States for her book Saturday Night to see what constitutes fun for different people. In Elkhart, Indiana, she went “cruising” with a bunch of teenagers—driving aimlessly around all night and then going for breakfast. “This is what I call fun,” says a kid named Scott. Another, Pete, leans forward and says, “Anyone who knows anything about how to have a good time would see that this is a healthy, lawful way to have fun.” Pete is referring to the fact that Elkhart is trying to ban cruising as a public nuisance. Cruising in Elkhart didn’t start out as rebellion, but by the time Orlean is documenting it, driving around aimlessly has taken on a stolid, mid-Western air of anti-authoritarian revolt. It has, in Beckman’s definition, just started to be fun.

“Saturday night,” Orlean wrote, “is when you want to do what you want to do and not what you have to do. In the extreme, this leads to what I think of as the Fun Imperative: the sensation that a Saturday night not devoted to having a good time is a major human failure and possible evidence of a character flaw.”

I was recently in a car with three of my cousins, driving from Montreal to Toronto for a wedding. Healthy and lawful are not how one would describe the fun that these cousins are known for—at least, that they used to be known for. Now two of them are married and my oldest cousin—the one who later got banned from the open bar for trying to score beers for my underage brothers—has a new baby. “What’s FOMO?” this cousin asked, somewhere in the third or fourth hour of our drive. “Is that like ‘motherfucker’?” “Fear Of Missing Out,” my other cousin explained. “I looked it up on Urban Dictionary.”

Fear of missing out is the fear that, somewhere else, everyone is having more fun than you are. When I’m feeling most uncertain about my choices in life, the fear that I’m not having enough fun looms large. But while some people are more suited than others to the Dionysian fun embraced by the Merry Pranksters, I like to think that for us bookish nerds—the ones who can’t smoke pot without getting scared our throats will close, who hate flying in airplanes let alone jumping out of them, who get irritable talking over loud music—there is an Apollonian brand of fun that may, in fact, get funner as we get older.

Beckman draws for his idea of fun on a New York Times article that Anand Giridharadas wrote in 2010. For the past two centuries, Giridharas wrote, the words “fun” and “achievement” have been climbing the charts of the American lexicon, becoming, respectively, eight and eleven times more popular in usage since 1810. “Pleasure” and “excellence” have been fading in popularity. Giridharas doesn’t necessarily see this as a good thing, as he wonders if the emphasis on doing takes away from the virtue of being.

But I like the idea that fun is work. Fun has always seemed to me like something only a certain kind of person can have—the kind of person who can live on a beach and go surfing every day without getting bored. But if fun is something that not only can, but in a sense must, involve a certain amount of work, it feels as though all of us can have fun if we try hard enough. Trying isn’t anathema to fun, as I’d been led to believe; it’s part of the fun.

Right now, I’m packing to go on vacation for three weeks. Two of those weeks will be spent writing poetry, which is not most people’s idea of a good time. I find it difficult and often boring—the kind of fun that’s harder than work. I’m going with two friends, both writers, and we have been planning this fun all year. My friend Adrienne lives in British Columbia, so the three of us have serious bonding to do; over email, we have been compiling a Things To Talk About List, which currently sits at 14 items ranging from our love lives to what constitutes a mid-life crisis. I’m packing a blue wig, juggling balls, and splash pants, because you never know. 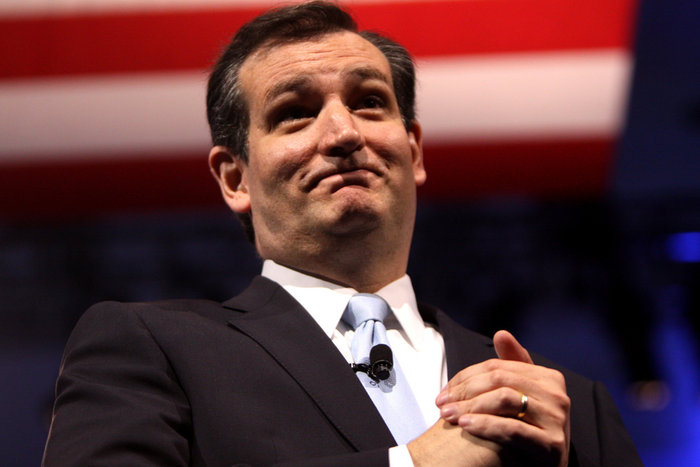 Politics
The Republican Party is Finally Ready to Govern—Just Ask Them
If the Republicans really want to show voters they’re “ready to govern,” actually governing would be a good … 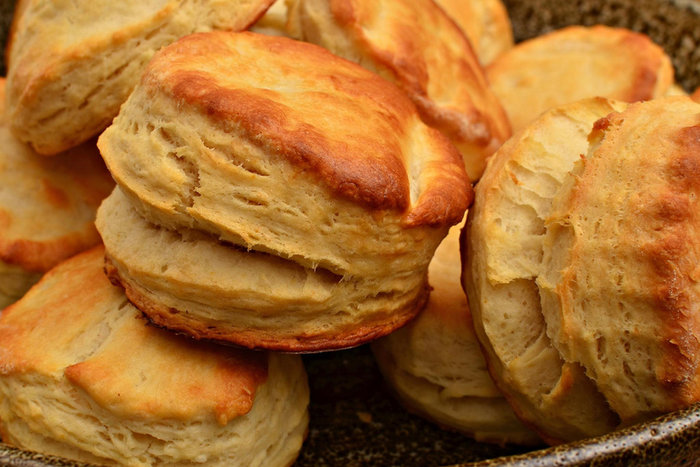