All of Our Names

My parents’ mysterious aliases were linked to a Jamaican culture I adored. Once I asked after their origins, I learned that every nickname in my family comes with a story.

Bee Quammie is a writer based in Toronto. Her work can be found in ... 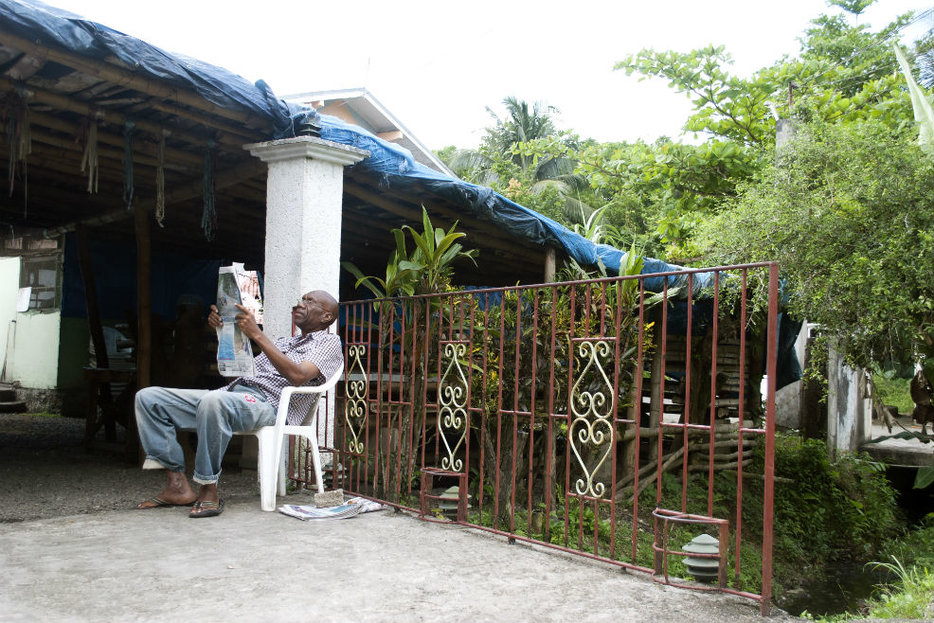 “Lorna” was the name I knew my mother by. But whenever we found ourselves enveloped in the circle of our boisterous Jamaican family, she became “Newberry.”

“Constantine” was the name I knew my father by. But whenever he touched road to link up with his bredgrins, he was met with greetings of “John Hawk reach! John Hawk deh yah!”

I was an inquisitive child, but the names “Newberry” and “John Hawk” seemed so firmly established in the fabric of our family that it felt silly to ask where they came from. Nearly all of my family members who were born in Jamaica and immigrated to Canada had them, too. I accepted these aliases as part of the Jamaican culture I adored, and didn’t want to ask a question that would highlight yet again that I was a “Canadian kid.”

As it turns out, these aliases are part of a wider Caribbean culture. Through both my on- and offline circles, I’ve shared jokes with other people of Caribbean heritage about a cousin called “Tallman” simply because he was tall, or not realizing that Granny June’s name wasn’t actually June until her funeral.

Whether discussing the shock of learning a loved one’s real name, the confusion of trying to decipher a nickname, or laughing at the creativity of the alias bestowed upon a family member, these conversations have always felt very familiar. But few of us knew the origins of the practice itself.

Born in the United Kingdom to Grenadian parents, author Shirley Anstis conducted seventy interviews in order to write her book They Call Me…, which uncovers the stories of Caribbean nicknames, also called pet names or family names. “Some nicknames, such as Diggit for a gardener, simply reflect a role in the community,” Anstis has said. “But others, such as Snakehead, might reflect something you can’t change, like the shape of your head, and living with that unkind label is a very different matter.” 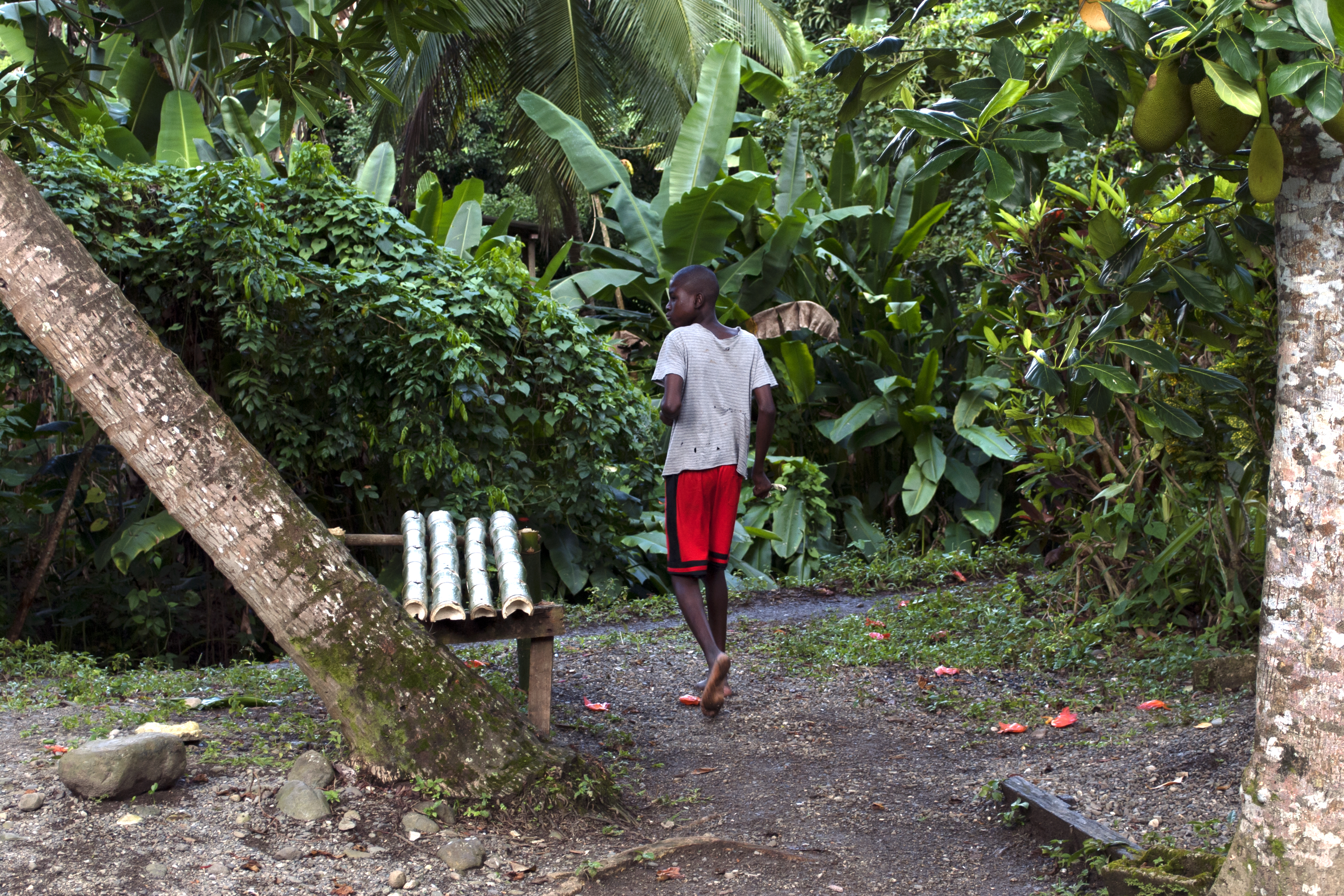 Anstis’s book references “an African tradition of real names being secret,” a remnant of ancestral practice that survived the Transatlantic Slave Trade into the Caribbean. Protection of one’s spirit is of utmost importance in African diasporic spiritualities, and naming practices are a vital part of that. In one of my recent online discussions, Twitter user @jamaloahustles shared that nicknames helped to keep children safe from “bad mind”—those who wish harm or call forth evil spirits to wreak havoc on young lives. Names are important for incantation. If a child’s real name was a mystery, it would confuse or elude the negativity that was meant for them. Others called this the act of “duppyfying” loved ones, protecting people of all ages from malevolent spirits.

I decided it was time to find the answer to the question I wanted to ask since I was a kid: how did my parents get their nicknames?

I asked my dad first.

He leaned back in his chair, stretched his arms wide then folded them behind his head, and let out a deep chuckle. His Patois hasn’t faded in the three decades that he’s been in Canada, but it seemed to get even thicker as he reminisced. “Well, yuh see, it used to just be Hawk—di ‘John’ come afta,” he began.

“When mi young, mi friends call me Hawk ‘cause mi did ‘hawk’ up all di gyal dem,” he laughed. My dad remains a charmer and an infamous ladies’ man whose penchant for wooing women got him in trouble more than once. Vintage photos of him, in his slim-fitting pants and silk shirts unbuttoned to his navel, chest adorned with gold chains and always with a fresh haircut, told me more stories about him than he ever shared about himself.

He kept chuckling as he walked down memory lane, recounting his youth and both the innocent and intentional ways the “Hawk” was activated. Sometimes he didn’t realize a young woman was interested, and his friends would tease him about his naïveté. Other times he might have issued a challenge to a comrade, waiting to see who a young woman would accept a date with, and winning every time. To know that a nickname followed him from the outskirts of Montego Bay to small-town Ontario meant that he was—and in many ways, still is—legendary. 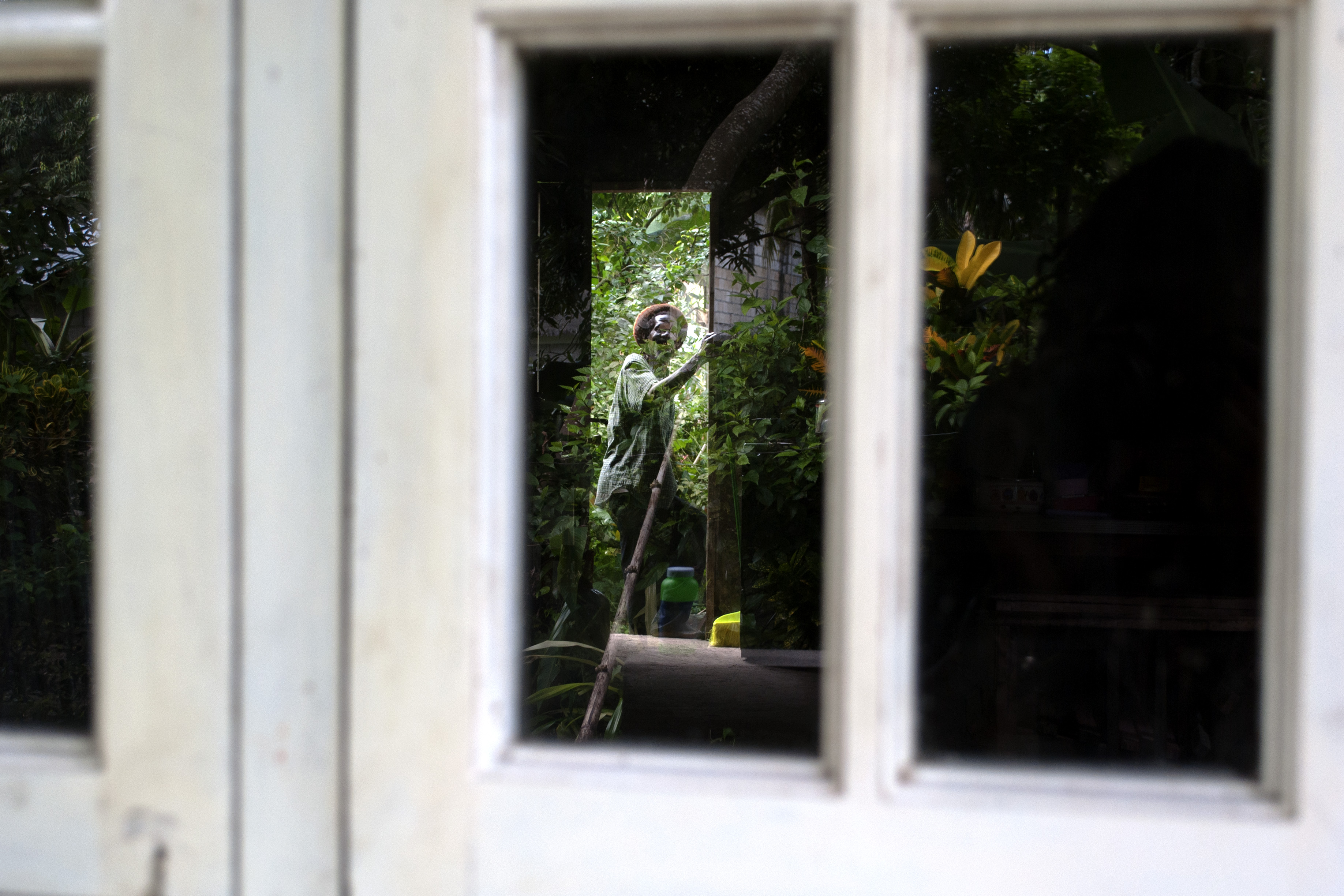 My mother’s story was more heartwarming than hilarious. Where my dad’s nickname was earned over time from a combination of his looks, personality, and reputation, my mom’s was born in the parish of Hanover, Jamaica, just minutes after she was.

My mom is the baby of the family. Her eldest sister is old enough to have been her mother, and I was always curious about the age gaps between my mom and aunts. As it turns out, my maternal grandmother had a history of miscarriages among her three live births. Before she got pregnant with my mom, Grandma was told not to test her body again, but she did.

The pregnancy with my mother was a smooth one, and when the midwife delivered a healthy, beautifully brown baby girl, she handed her to my Grandpa who said “I finally have a new berry!” At that moment, Mom’s nickname was solidified—and with the migration of my mother and most of her family from Jamaica to Canada, the name travelled too.

My aunt is known as “Pansy” because my Grandpa loved the flower. One of her sons, my cousin, is known as “Wayne” because she liked John Wayne. Once I asked, I learned that every nickname in my family comes with a story that taught me something about the recipient, or the donor. Each story either confirmed something I knew about someone, or illuminated something that would likely have gone uncovered without me asking about its genesis.

The stories made me lament the fact that I wasn’t given a nickname of my own. The practice seemed to evaporate with us Canadian-born kids, and part of that loss seems to be related to the fading or shifting of diasporic connections with each generation removed. Elders mentioned various reasons—not thinking it fit the “Canadian way,” or not wanting to “confuse” us or our Canadian friends—but I always felt a bit of envy that I didn’t have an alias to share with my loved ones, and didn’t have a hidden story to tell about myself. 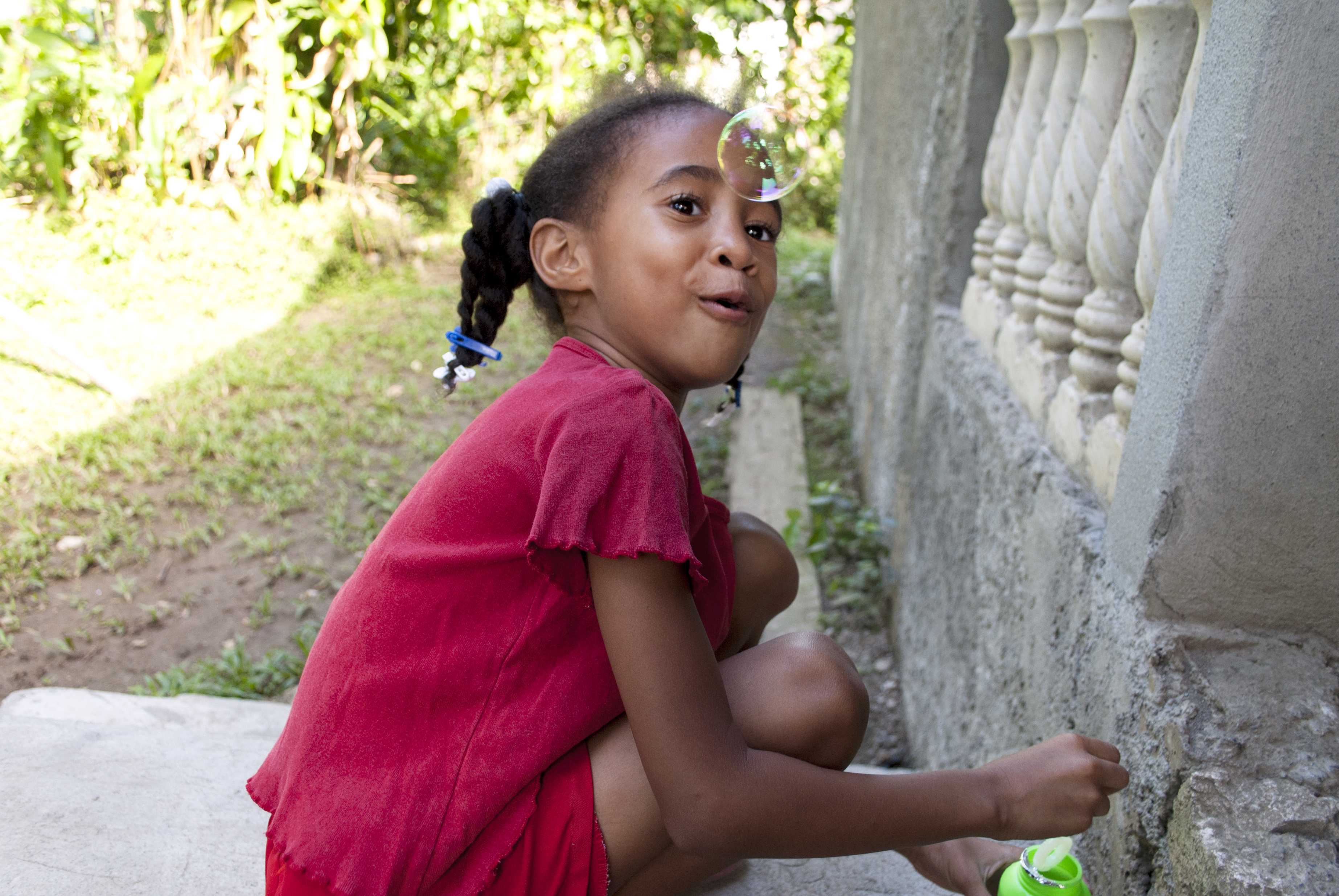 In my own way, I’ve resurrected that practice and joined the assemblage of Caribbean nicknames, albeit with a bit of a remix. “Bee” isn’t the name I was born with. My first name can’t be shortened down into a quick, snappy nickname, but in university, my close friends started calling me by my first initial, B. Adding two e’s to it turned a lone letter into a new name, one that came in handy when I was trying to separate my writing identity from my nine-to-five. And even the people who know my daughter’s real name will default to calling her “Little Magician,” a nickname I came up with while she was still in the womb.

Those names were born and maintained out of the same need for protection—mine as a way to keep two different careers from colliding, and hers as a way to create a boundary after being born into this digital era. My decision to share a photo of her on Instagram or write a story about motherhood exposes her to an audience not of her choosing, and it feels like I’m able to keep parts of her sacred when I keep her name to myself.

For all of the people who’ve never known why Auntie Beauty is called Beauty, or who look at funeral programs in confusion, wondering who “Winston” is when they’ve come to lay Grandpa Carlos to rest, you are not alone. You are part of a tradition that shows the creativity and complexity of a people who have used those traits to survive and thrive. Digging to the bottom of these origin stories can open up an entire new world of understanding of our families and the personalities within them, so if you’ve ever been tempted, take my challenge to ask that question today. From the forced migration of my ancestors to the chosen migration of more recent generations, these names and the reasons behind them have endured. Whether we have our own nickname or not, our awareness of them helps to narrow the chasms between who we are and where we come from.

On paper I am the child of Lorna and Constantine, but in essence, I am Newberry and John Hawk’s firstborn—and the latter makes much more sense to me. Braggadocio, confidence, style, resilience, and renewal are all pieces of what my elders gave me, and through the artificial names given to them, I’ve come to know more of the truth about myself and where I come from.

Bee Quammie is a writer based in Toronto. Her work can be found in FLARE, Saveur, Macleans, Today’s Parent, and The Globe and Mail, among others. 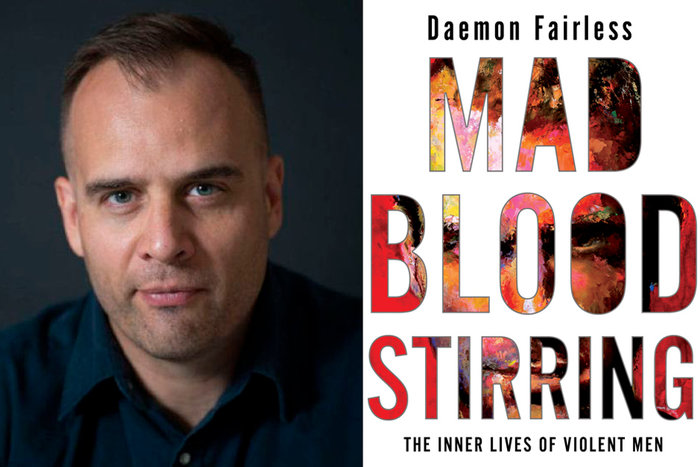 Interview
‘A Destructive Form of Strength’: An Interview with Daemon Fairless
Talking with the author of Mad Blood Stirring about getting into fights, the anxiety-based roots of violence, and the… 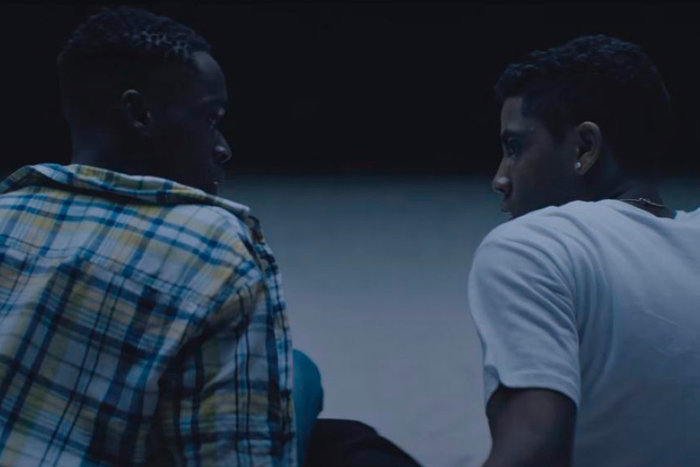 Culture
Slow Pan
When people ask if we need more queer movies, I think of a boy in a trailer in Kentucky watching two men on screen…