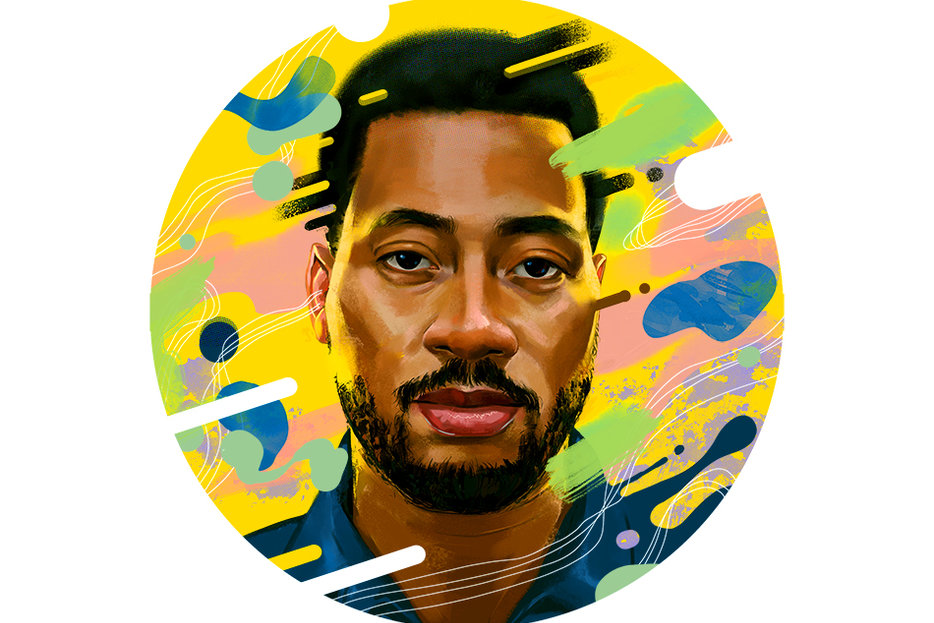 Welcome to Mind in Bloom, a column deconstructing current events, music and art.

I first signed up for Twitter in March of 2009. My tech-savvy friend and tourmate DJ Co-op encouraged me to start an account. Already fatigued after migrating from MySpace to Facebook in 2007, I asked him what the point was. Turns out this new website was essentially a micro-blogging application that mimicked Facebook status updates. You could text out a tweet via SMS and it would show up online for all to see. Everyone was talking about what they had for lunch or what they were listening to.

Here’s an example of an early tweet by me:

In the years that went by, I became increasingly addicted to the dopamine rush provided by this app. I started using it as a news aggregator. Breaking news was reported on Twitter at a speed that made going on Facebook feel like waiting for the town crier to shout the day’s comings and goings. Twitter became the perfect place to discuss live events like award shows and sports matches as they happened. Black Twitter seemed to be where every meme on the internet originated. The app unexpectedly became a useful tool for revolutionary dissent and organizing protests. Things that happened on Twitter began to impact the real world.

My Twitter account probably contributed to me getting a book deal. I used Twitter to crowdfund hundreds of dollars for the Canadian Association of Black Journalists. Fans who followed me on Twitter once helped me find a vintage jersey of the Edmonton Trappers, my home city’s long defunct AAA baseball team. Lars Ulrich started following me, played my song on his Apple Music radio show, gave me backstage passes to Metallica’s 2017 Toronto show at Rogers Centre and invited me to a private afterparty with a full banquet where I talked at length with his personal pilot about the English Beat.

Still, I’m somewhat relieved to see Twitter decline, if only for my own sanity. When Trump used it liberally during his presidency, there was a simmering sense of unpredictability and chaos for four straight years. He would threaten countries with nuclear war with the same level of nonchalance I might muster to tweet about a really good croissant. After Iranian general Qassem Soleimani was assassinated and Flight PS752 was accidentally shot down by Iranian missiles in January 2020, I combed through tweets about a potential World War III and worried for my wife’s relatives in the region. I remember doomscrolling during the early months of the pandemic, following every update on the virus. It’s hard to think of a time in my life when I ever felt worse than when I was doing that.

Twitter is the answer to the question, “What if you could know about everything that was happening in the world at once?” What that amounted to was immediate knowledge of every celebrity death and global natural disaster as well as every instance of political malfeasance and interpersonal wrongdoing on the planet, packaged into an addictive format that made it impossible to look away.

Seeing one of your tweets blow up can be intoxicating. A tweet I made earlier this month was seen by literally a million people. Twitter is probably the most efficient tool for the dissemination of information (and disinformation) in the history of mankind. But to quote Steely Dan’s Donald Fagen, with a business like this, there’s a gnarly downside. Viral tweets brought me media attention and opportunities to write for money. But those same posts have also brought me an outsized tsunami of hate and anger from total strangers who even follow me to other platforms to give me a piece of their mind.

Who profited more from one of my viral tweets: me or the platform? Every time I posted about a public event, it got attention, made its way off of the app and became news. News producers were always roving around for content that resonated with people and garnered engagement. I felt obligated to be thoughtful and responsible with my personal platform when all I wanted to do when I first started my account was make jokes about basketball players.

Social media platforms are only as valuable as the people who use them. To paraphrase Nilay Patel in his devastating piece for the Verge, when Elon bought Twitter, he essentially paid $44 billion dollars to buy himself. As Musk becomes more hostile to the authors, journalists, artists and public figures who helped turn Twitter into the internet’s town square, the value of his asset declines with every notable person who leaves.

Musk claims that “Twitter usage is at an all-time high lol,” but who are these users? Are they mostly trolls attracted to Twitter’s new thirst for “free speech” that saw instances of the n-word rise by 500% after Elon’s acquisition of the app? Are they flocking to the app to make one of the countless parody accounts that have now inundated the site, one of which caused Eli Lilly’s stock price to tank? Or are they just there to watch the car crash unfold?

Musk’s desperate gambit of convincing people to pay $8 a month for a verification badge was a clear attempt to destabilize the app ahead of the US midterm elections as well as a way to lessen the influence of public figures. But it’s also an idea that only a rich guy would come up with: buying status instead of earning it. If you pay for enough bottles of champagne with sparklers to get brought to your private table at the club, people might start thinking that you’re someone important. Unfortunately, you can’t buy credibility. People who paid for the now-suspended Twitter Blue program have since become an object of ridicule on the app.

Elon Musk’s acquisition of Twitter shows the corrupting influence of capitalism on the web. He fired half of the company’s staff immediately after taking the reins. He came up with the ill-fated $8 verification badge program to increase revenue. Musk is essentially pushing the “freemium” model used by games on the App Store that incentivizes in-app purchases and upgrades that improve your user experience. For that system to become profitable, the free experience has to be made more intolerable.

We’ve seen it happen on Facebook and Instagram where organic engagement has been throttled and paying for ads is the only way to reach an audience. There hasn’t been a meaningful update to Facebook’s rickety user experience in years but the app’s advertising infrastructure is possibly the most robust on the internet. It shows you where their priority lies.

Damon K’s excellent recent post inspired me to sign up to Mastodon, a competing social media app. I was reluctant when I saw a few folks complaining about it on Twitter, all of whom were verified users with massive followings who had reason to be unreceptive to an alternative. They found it confusing and unintuitive. When you sign up, you pick a home server. From there, you can post on other user’s pages on other servers, which is referred to as “the fediverse.” I haven’t totally gotten the hang of it yet but I do appreciate one of Mastodon’s founding principles: they’re a decentralized network.

As a result, there’s no profit motive. There are no ads. Every server is controlled by someone else. There is no single owner of Mastodon. You can post multiple links on your profile page because no one cares if your followers go elsewhere. Of course, all of this could change with time if the platform grows and somehow gets infiltrated by corporate interest. Mastodon recently attracted one million active monthly users for the first time in light of Musk’s takeover. Twitter has around 237.8 million active users EVERY DAY. Thankfully, Mastodon isn’t trying to be Twitter; it’s aiming for something different.

Perhaps the difficult learning curve might lead to something slower and more thoughtful. Maybe I’ll be free to talk about what I like there without the looming spectre of going viral hanging over my head. I’m ready to let go of the pressure to produce the content that keeps Elon’s investment whirring. I won’t be making a big performative post about how I’m leaving Twitter. But I will certainly be more mindful of how much of my intellectual property I use there and definitely how much mental real estate I let the app take up in my mind going forward.

ROLLIE PEMBERTON is a writer, rapper, producer, poet and activist who performs under the name Cadence Weapon. He won the 2021 Polaris Music Prize for his album Parallel World. His debut memoir, Bedroom Rapper, was published in 2022. His writing has been published in Pitchfork, The Guardian, Wired, Toronto Life, The Globe and Mail and Hazlitt. Currently based in Hamilton, Pemberton was a former Poet Laureate in his hometown of Edmonton.

Climate
What Does the Sea Sound Like?
On music for floating.

Interview
‘The Language of Other Things’: An Interview with Stephanie LaCava
The author of I Fear My Pain Interests You on inevitable doom, writing through absence, and cows.

Rick Rubin and the Spiritual Origins of Creativity
Rollie Pemberton
'It's Both Excruciating and the Opposite of Excruciating': An Interview with Darcie Wilder
Anna Fitzpatrick