“If a person is stabbed they bleed”: The Dramatic Pictures of Yoshihiro Tatsumi

An interview with Japanese comics master Yoshihiro Tatsumi—innovator of the gekiga form—about drawing violence, the inescapable legacy of Osamu Tezuka, and being a horrible boss at his own studio.

In post-war Japan, the world of comics was dominated by manga aimed at children and youth, none more influentially than the works of the master cartoonist Osamu Tezuka. As the 1950s ended a new genre began to take form, striving for stylistic realism, mature themes and grimy settings: gekiga, or “dramatic pictures.” Gekiga was coined by Yoshihiro Tatsumi, and the young artist’s bleak, economically paced stories helped define it. Almost unknown on this continent for decades, he’s enjoyed a rare breakthrough late in life, after the Montreal publisher Drawn & Quarterly began translating and collecting his comics in 2006.

Four years ago, they brought Tatsumi to the Toronto Comic Arts Festival to fete his dense, oddly subdued, Tezuka-haunted graphic memoir A Drifting Life. That book provided the skeletal structure of Tatsumi, a new animated adaptation and tribute directed by Singapore’s Eric Khoo, which starts its run at the Lightbox tonight. It also gave me an opportunity to interview the man himself. Our translator rapidly parsed meanings as Tatsumi’s spoon sagged beneath a melting ice cream sundae. That Q&A was published on the now-dormant blog Comics Comics at the time, but Khoo’s film seems like a logical excuse to revisit it.

Reading A Drifting Life, one part that immediately struck me was your mention of negative news coverage about what the young artists were drawing—the “vulgar manga,” a.k.a. gekiga. Could you describe that in more detail?

The parents were really up in arms about these bad books. Manga at that time was different than it is now. It was friendly manga, so little kids could read it too… On the page you have the same number of panels, the people move from left to right and they’re all the same size and it all looks the same on the page… There was no movement or anything like that. We took inspiration from movies, doing zoom shots or close-ups. Using the camera. We wanted to use these techniques in manga, really violent movement. We were trying to move the panels in a realistic kind of way, to make work without lies, true work. In work before, for example, if a samurai cuts someone—

There’s that great line from the book: “If a person is stabbed, they bleed.”

Even if a person’s head was cut off and fell to the ground there was no blood, nothing came out. Like an onion. [Tatsumi chuckles] Even if the head was separated from the body it looked like the head was still alive… You couldn’t really say that would have a bad influence on kids. So we came in and took a bat to the whole thing. We did more realistic work, more photographic almost.

In Tezuka Osamu’s work animals speak, and people answer them. I think that’s probably the influence of Walt Disney, but when we wrote mysteries it’s no good if animals are talking. If a dog watches a murder or something and you know that the killer escapes—if the dog says “Oh hey, that’s the murderer,” that’s not really a good thing. So we didn’t draw things like that. We drew realistic things, like the strong feelings of happiness or sadness that people have. Close-ups on the main character to really show their anger—when you’re looking from far away there’s not really a lot of power in that angle. When you’re drawing a work like that, of course you’re going to see blood. If you compare that manga with the children’s manga up to that point, they just couldn’t forgive – they wouldn’t accept that kind of manga. The [parent-teacher associations] were like, “let’s just not buy it.” A lot of them sprung up all over Japan to boycott the work.

That was only a couple of years after essentially the same thing happened in the U.S., with parents and politicians and other figures in society trying to ban or boycott violent crime comics.

Yeah, it was the same thing. 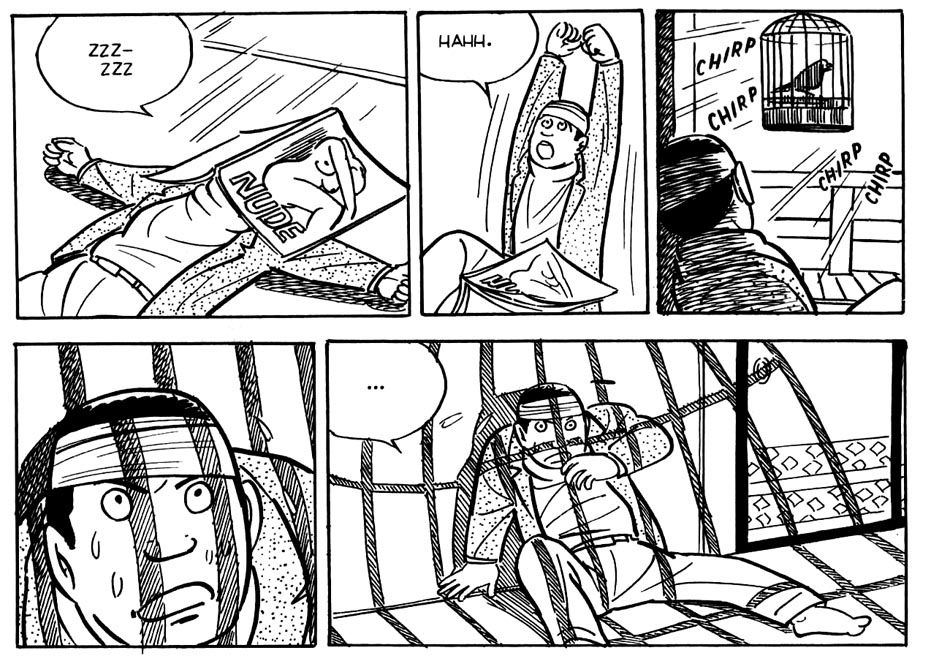 You mentioned Tezuka, and there’s a few times in the book where he’s depicted as an icon. Obviously he was a great influence on you, but I’m wondering why you made that specific choice to depict him this way—there’s the silhouette on the train at the start of the book, and then he’s sort of shown floating above the sea near the end.

That was how I felt about Tezuka at that time. I mean, when I was a kid I thought of him about on the same level as God. I really wanted to draw that honestly. Right now I don’t think many young people are buying Tezuka’s work in Japan, but at that time… he had a halo, and lights came off of him…

To me, reading later Tezuka books like MW or Apollo’s Song and comparing them to his earlier work, it seems he became influenced by the new style you and others were already exploring. Do you agree with that? It’s almost as if he internalized the critique…

We were imitating Tezuka when we became mangaka. [Then we created] what became gekiga, and Tezuka Osamu took an interest in it. Our work was all called “dramatic pictures,” he knew that, and kind of got angry, maybe? [Tatsumi laughs] He fell down the stairs a little bit, he came down a few rungs… I think there was definitely some influence from us, but when we met with Tezuka and talked with him he would say, “Oh no, my work’s definitely not gekiga, it’s definitely manga.” But before we lost him [Tezuka died of cancer in 1989], when we talked to him, he would say: “Maybe my work is getting a little closer to gekiga, you never know.” I really wanted him to just keep drawing manga no matter what. Gekiga was a world of—it was us, who were regular crazy people, and to have Tezuka Osamu come into that world… I didn’t really want that.

Later on, after the events that you depict in A Drifting Life, you worked with a studio of assistants. Do you think you were a good teacher, or at least a good boss?

I was a pretty selfish boss. I wasn’t really a good boss. If you use an assistant it stops being your own pictures, right? It’s not all your work anymore. Part of it is your work. So when you publish that… it’s hard for me. I always drew all the characters, and then the backgrounds, the details, the extra stuff—drawing the squares for the panels, shading, erasing the pencil marks, all those kinds of things—I had five assistants doing that. If you didn’t have five assistants you couldn’t get magazine serial work, because you had a deadline every week. You had to put out at least 30 pages a week. With just one person, with just yourself, it would be impossible, you just couldn’t work. So even though I had some people who didn’t really do a lot of work, I had five people.

Some of the other gekiga artists are still almost totally unknown here, and perhaps they’ve been forgotten in Japan as well. Are there any books that you really think should be rediscovered and published here, like yours was?

I don’t really read anything recently, for some dozens of years I haven’t been reading anything… Japanese manga, we’re not really all together, we kind of keep to ourselves. This might sound a bit snotty, but—I read something like Golgo 13 and I’m maybe ten pages into it and I start thinking of something else, my thoughts just go somewhere else. It’s kind of a bother, so I just don’t read it. It’s not just Golgo 13 but anything that’s popular, you know? Even if I read it, it just doesn’t go in my head. There’s a big gap between me and the younger artists, in terms of age, so even if I do read someone’s work I don’t feel it. I’m not moved by it. I’m sorry I have to say that, but…

No, that’s okay. Is there a conscious way you approach political content in your art? Like the Hiroshima story from Good-Bye, or the anti-American protests at the end of A Drifting Life… are they just part of society’s broader story?

In Japan, with politics and politicians there’s really nothing I personally can do, but what I can do—political unrest or the lives of the citizens, I’d like to express that somehow. When I was writing about Hiroshima in that story [“Hell”], I was broke forever, and everyone around me was broke. I was angry about that, you know? Japan has become such a rich country, and here we are, so why aren’t the politicians taking that extra money and giving it to us, giving it to the citizens?

It’s the same now in Japan. It doesn’t change. My own dissatisfaction, my frustration, I put that into my work. At the time I wrote “Hell” I always worked for magazines, so I could write freely like that. “Hell” was written for Japanese Playboy, in fact. No one would publish that kind of manga, so it was kind of a surprise that even Playboy would give me work. I think I’ve left behind some really good work. I’d like to just keep writing like a novelist, keep writing for as long as I can. I’m pretty satisfied. 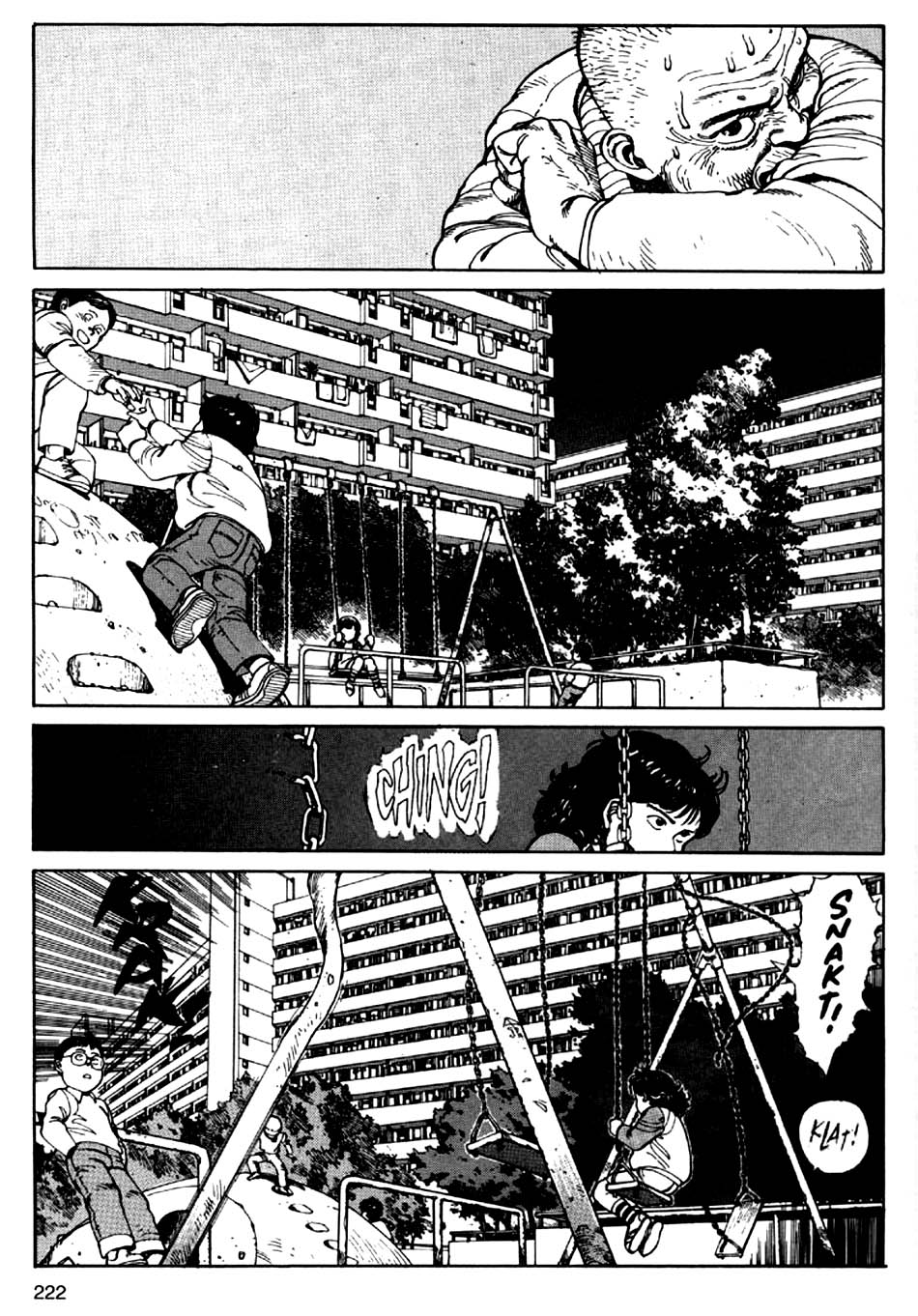 I’ve heard that you’re already working on the next volume of your memoir and have a few hundred pages done, so I assume you’ll be doing that for the foreseeable future. But I’m wondering if there’s any books from before, after or during your gekiga period that you’d like to see reprinted… I want to see the one with the giant snakes.

I have so many. If you put my short stories and my longer volumes together, I’ve written about a thousand pieces. I’d like to [recover] as many of them as possible. I plan on writing the continuation of A Drifting Life within the near future. If I don’t do it soon—I don’t have that much life left, you know? [Tatsumi laughs] I gotta do it as soon as possible. 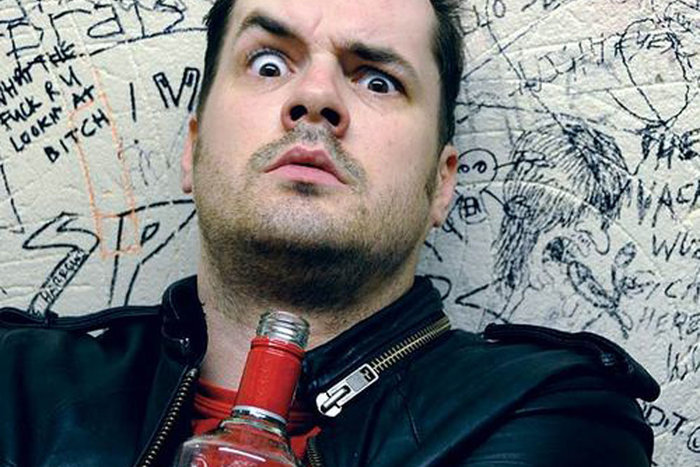 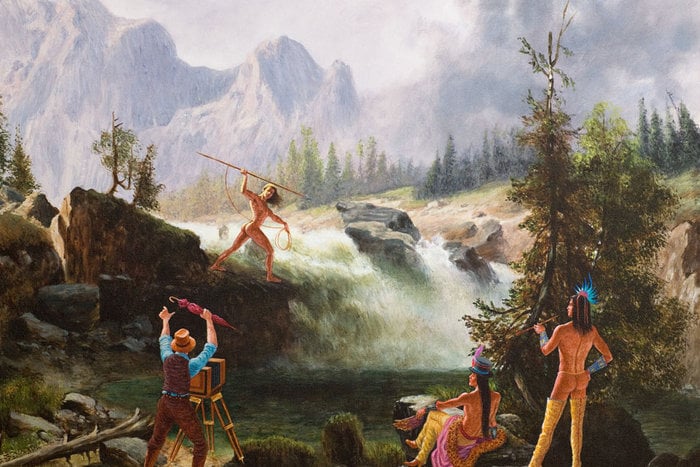 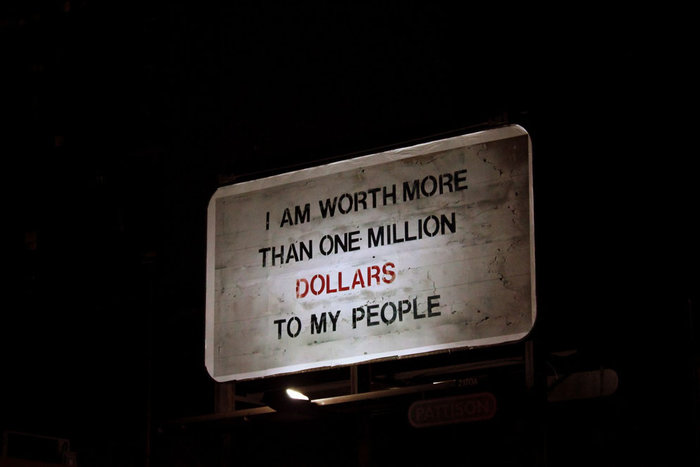 Excerpt
As Long as the Grass is Green
Land. If you understand nothing else about the history of Indians in North America, you need to understand that the…