Comic Book Confidential and the Art of Perfect Timing

Ron Mann’s documentary was dismissed by some as decidedly amateurish upon its release. Now, 25 years later, even its kitschiest elements don’t distract from its status as a document of what may be comics’ most critical moment of maturation.

The sins of our youth ripen until they become the nostalgia of our old age. When Ron Mann released his documentary Comic Book Confidential in 1988, the idea of adults reading comics seemed a quirky anomaly, explained either as arrested development or, at best, a harmless indulgence in a guilty pleasure. I had just hit 20 when Mann’s film came out and remember that, at the time, my comic book reading habit was something I was defensive about, an acquired taste that was hard to justify to anyone who didn’t share it. Looking back on the film a quarter-century later, I’m struck by the fact that the documentary came along at exactly the right moment to capture that pivotal cultural shift when the comic book, regarded for many decades as vulgar pop culture ephemera, suddenly matured in the eyes of non-believers into a sophisticated art form.

On the surface, Comic Book Confidential seems like a breezy historical romp through comic book history, with many decades covered in a quick hour-and-a-half thanks to interviews with cartoonists, some cheesy animation, a few historical clips, and bits of period music (some of which is a post-facto pastiche of period styles). The film takes the comic book from the late 1930s boom in superheroes to the post-war rise of horror comics (which provoked a censorious backlash) to the psychedelic antics of 1960s underground comics, ending with a roster of 1980s alternative cartoonists who were defined largely by their fierce individuality (notably Jaime Hernandez focusing on Latino punk culture and Charles Burns exquisitely embalming the tropes of the horror genre in his sterile glazed style). It’s a coming-of-age tale disguised as a sweeping overview—the early comics representing the troubled childhood and adolescence of the medium, with the film ending on a leap into adulthood.

Mann began making his film in 1986, the year that the first volume of Art Spiegelman’s Maus, a graphic memoir of his parent’s experiences in the Holocaust, was released by Pantheon—a crucial turning point in the history of comics. Maus was an unexpected bookstore hit, and was soon joined by the brooding revisionist version of Batman featured in Frank Miller’s Dark Knight Returns and the even more angst-ridden deconstruction of superheroics in Watchmen, the Alan Moore and Dave Gibbons comic that started serialized publication that year. The works themselves were very different from each other (with Spiegelman being especially distinct), but, taken together, they marked the critical moment when comic books became “graphic novels”—though the term “graphic novel” is itself an imperfect one. Many cartoonists, not least of whom Spiegelman himself, find it unbearably pretentious. Yet, however flawed the rubric might be, thinking about works such as Maus as graphic novels at least helps indicate their ambition and narrative complexity.

When I started this film, I knew nothing about comics, and when I finished … I probably knew even less.

Mann likes to use his documentaries as exercises in his own education. “When I started this film, I knew nothing about comics,” he candidly told the writer Keith R.A. DeCandido in 1989, “and when I finished … I probably knew even less.” Fortunately, Mann was smart enough to get some guidance from a stable of topnotch experts, including Spiegelman, the experimental poet bpNichol (who had dabbled in cartooning throughout his career), the cartoonist and publisher Dennis Kitchen (a stalwart of the underground comics scene) and Mark Askwith (then the manager of landmark Toronto comic book store The Silver Snail). Thanks to these well-grounded advisors, Mann was able to interview the genuine elite of American cartooning; every subject interviewed has inarguably contributed substantial work that has altered the nature of comics.

The documentary was prescient not just in showcasing figures such as Jaime Hernandez and Lynda Barry, who hadn’t yet achieved the lasting reputations they now enjoy, but also in realizing that the history of comics can make for rich, compelling dramatic fare. Other writers and filmmakers would continue to dig in the mine that Mann first opened up: Michael Chabon would fictionalize the history of the superhero genre in The Amazing Adventures of Kavalier & Clay (2007), David Hajdu would tell the story of the backlash to horror comics in The Ten-Cent Plague (2008), Terry Zwigoff would investigate the gnarly career of Robert Crumb in the documentary Crumb (1994), and Shari Springer Berman and Robert Pulcini would give Harvey Pekar’s life feature film treatment in American Splendor (2003). All of these works can be seen as sequels to Comic Book Confidential.

Despite its influence, though, it’s very much a young man’s movie. Mann was still shy of his 30th birthday when he worked on it, and many of the cartoonists highlighted were nearly as young—and sometimes younger; Hernandez and Barry both seem to still have baby fat in their segments. In a 2001 interview, Mann noted that in his documentaries he tried to “preserve that amateur quality that I started with—because if you start to become too professional, it’s dead.”

This “amateur quality” might explain some of the rough edges around the documentary, which annoyed some of the comic book insiders who were featured in the film. In a 1989 interview with the British academic Roger Sabin, Spiegelman complained about the “Rumanian Third World animation” in the film, which he thought was a poor substitute for the experience of reading comics. That same year, Fantagraphics publisher Gary Groth wrote a scathing review in The Comics Journal, describing the film as well-intentioned but “undermined by a cinematic technique that’s pure kitsch.”

These criticisms might have been valid when Comic Book Confidential was first released but, strangely enough, the patina of time has given the movie a new and more appealing lustre. Now that we know the mid-1980s were a turning point in the history of comics, the film stands as a window into a magical period. We can get a glimpse of Spiegelman and his wife Françoise Mouly working on RAW, the magazine that would spearhead the move towards adult comics. We can witness the fresh-faced Jaime Hernandez get lost in the world of Maggie and Hopey that would consume his creative energy for the decades of Love and Rockets to come. We can hear the equally youthful Lynda Barry finding her irrepressible comedic voice. To watch Comic Book Confidential in its 25th anniversary year is to recharge the passions that attracted us to comics in our youth in the first place. 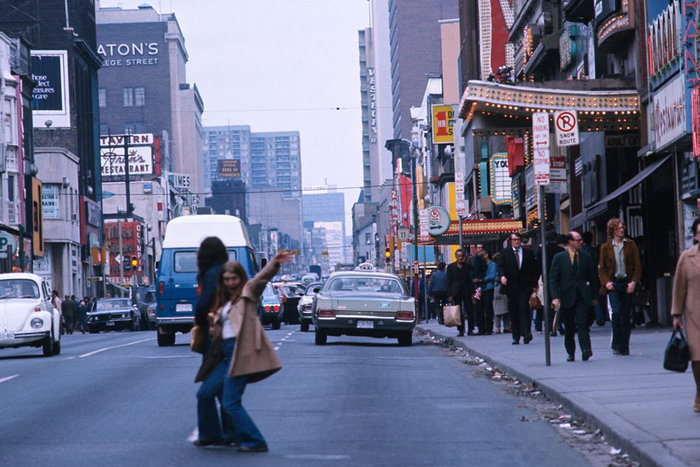 Society
A Murder on Yonge Street: The Death of Emanuel Jaques
Christie Blatchford and Anthony de Sa on the 1977 Toronto murder of 12-year-old Emanuel Jaques, the subject of de Sa… 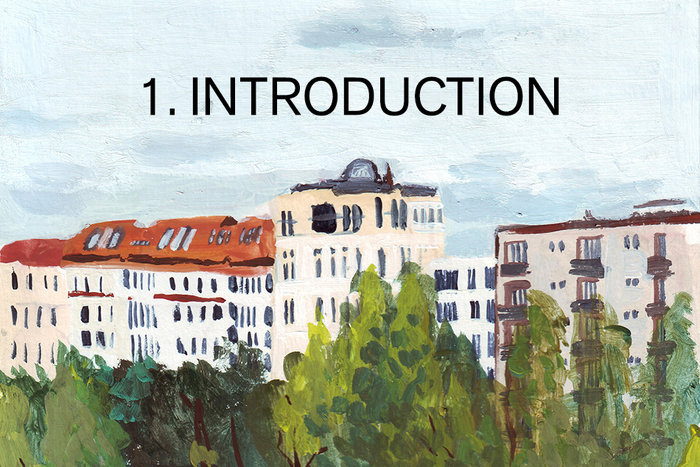 Comics
A Berlin Diary: Introduction
Lights dim, the overture stirs, and a plane descends–we find out why a Canadian queer left everything behind for the…