Hitler’s Cartoon Problem and the Art of Controversy

Napoleon said caricatures “did more than all the armies of Europe” to defeat him. King Louis Philippe jailed a comic artist on the grounds that such a work “amounts to an act of violence.” 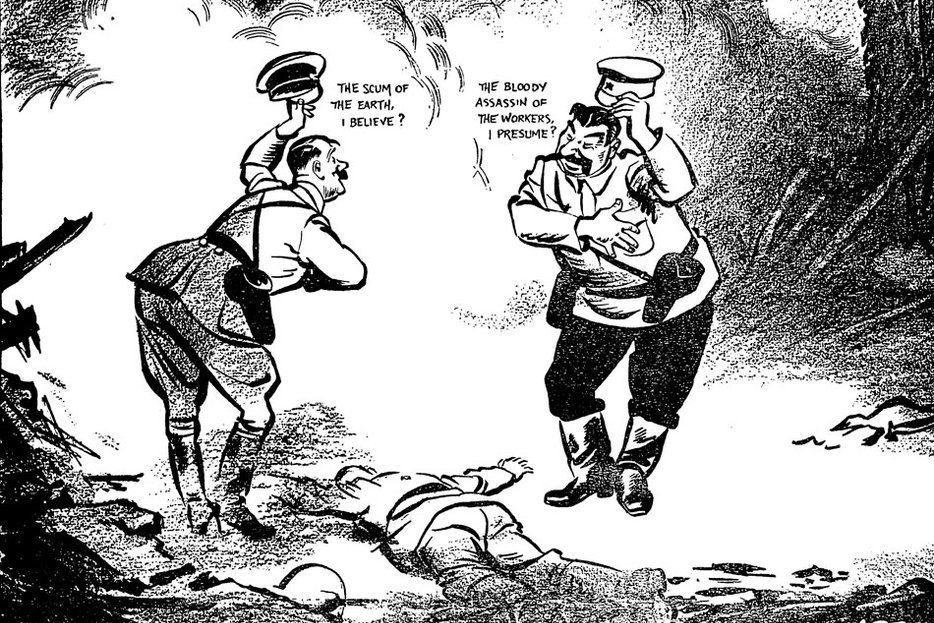 Although Adolph Hitler was a master of propaganda, he was continually flummoxed by one particular form of communication: the editorial cartoon. Perhaps because the Nazi leader had a high opinion of himself, he couldn’t stand to be caricatured. The very sight of an inky mockery of his goose-stepping gait and toothbrush moustache drove Hitler into a spittling, almost frothy, spasm of rage.

As Victor Navasky notes in his new book, The Art of Controversy, the New Zealand–born cartoonist David Low, whose political art appeared in England’s Evening Standard, was especially gifted at targeting the dictator’s most tender psyche spots. Low’s specialized in drawings that literally belittled the der Führer, showing him not as a fearsome tyrant but as a bratty child or small-statured screwball. Low famously dealt with the Hitler-Stalin alliance of 1939 by depicting the two totalitarian leaders bowing to each other with exaggerated courtesy while a corpse lies between them. The murderousness of Hitler and Stalin is acknowledged in the drawing but what gets highlighted is the ridiculous spectacle of two former and future foes greeting each other with the daintiness of prospective dance partners.

Low’s strategy of making Hitler silly rather than scary pinched a touchy nerve. When the English government was pursuing the policy of appeasement before the Second World War, they found that one of Germany’s demands was that Low stop making fun of Hitler. As Lord Halifax, a leading architect of the appeasement policy explained to the publisher of the Evening Standard, “You cannot imagine the frenzy these cartoons cause. As soon as a copy of the Evening Standard arrives, it is pounced on for Low’s cartoons, and if it is of Hitler, as it usually is, telephones buzz, tempers rise, fevers mount, and the whole governmental system of Germany is in an uproar.”

At the behest of the British government, Low did cut back on his anti-Hitler cartoons briefly but the Nazi strongman never forgot the cartoonist’s visual derision. After the Second War broke out, Hitler took pleasure in composing a list of those to be executed after Britain was conquered. Low and other cartoonists had the privilege of a high rank on Hitler’s private hit list.

Pictures are not words. The point seems obvious enough but implicit in that simple sentence are some key facts about how our minds work. Pictures travel faster than words. Spoken words—Hitler’s speeches for example—move at the speed of sound. Written words (Mein Kampf, for example) take time to sort out in our heads. To read is to riddle out, to untangle sentences as our eyes move across the page.

It’s easy enough to dismiss Hitler as being an extreme case, but as Navasky shows in his brisk historical survey, many other political leaders and social movements, some of them quite admirable, have been equally antagonized by cartoons. Napoleon reportedly complained that the caricatures of James Gillray “did more than all the armies of Europe to bring me down.” A later French leader, King Louis Phillippe jailed the cartoonist Honoré Daumier, an act justified by the argument that “a pamphlet is no more than a violation of opinion, a caricature amounts to an act of violence.” More recently, a series of Danish newspaper cartoons allegedly mocking the prophet Mohammed provoked murderous riots all over the world, and countless cartoonists have been jailed, tortured and killed in recent years. Anti-cartoon censorship doesn’t just take place in far-away lands at the hands of tyrant. As recently as 1982, the British cartoonist Robert Edwards was jailed for some truly vile anti-Semitic cartoons, illustrating the point that caricature is an art that can be used for ill as well as good.

What gives cartoons their power to excite such violent passion? That’s the animating question behind Navasky’s book, and in trying to answer it he gives us a guided tour of the history of caricature and also investigates the most recent speculations of neuroscience on the way the human brain processes images.

Navasky comes to the question not as a visual artist but very self-consciously as a word man. He’s a distinguished historian and has been for several decades been at the helm of the venerable political magazine The Nation. It was early during his tenure at the Nation that Navasky learned first hand the potency of pictures. The Nation habitually publishes controversial essays—the famed contrarian Christopher Hitchens was a star columnist for several decades—but Navasky found that the one piece that really unnerved his staff and readers alike was a cartoon David Levine did in 1984 showing Henry Kissinger copulating with a woman whose head is shaped like a globe. 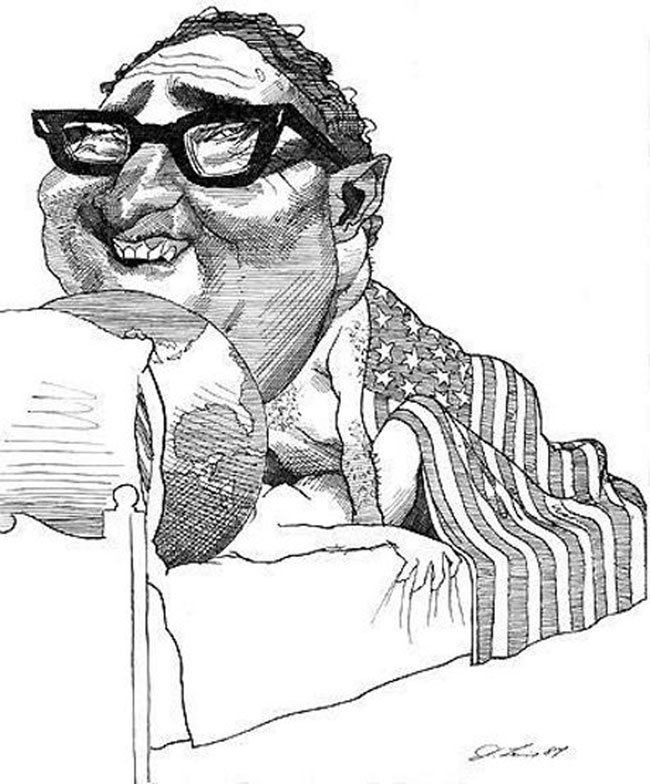 Titled “Screwing the World,” Levine’s drawing was both visually superb and very disturbing. Once you’ve seen it, it’s hard to forget Levine’s image of Kissinger’s pig-like mid-coital ejaculatory glee. Yet as feminist staffers at The Nation rightly noted, implicit in Levine’s cartoon is the idea that sex is both dirty and a form of male domination. Although aimed at Kissinger, Levine’s cartoon carried with it a whole cartload of troubling cultural baggage, made all the heavier by the sheer mastery of Levine’s rendition of Kissinger’s grotesquely globular face.

Dealing with words all his life, Navasky was blindsided by the ability of a drawing to conjure of intense emotions. If there is a divide between words and pictures, Navasky started off on the literary side of the fence, but has made a strong effort to learn the language and history of his picture-making neighbors.

Pictures are not words. The point seems obvious enough but implicit in that simple sentence are some key facts about how our minds work. Pictures travel faster than words. Spoken words—Hitler’s speeches for example—move at the speed of sound. Written words (Mein Kampf, for example) take time to sort out in our heads. To read is to riddle out, to untangle sentences as our eyes move across the page.

Pictures by contrast can move as a quickly as the fastest element in the universe. As the French Interior Minister Francois Regis de la Bourdonnaye noted as long ago as 1829, “engravings and lithographs act immediately upon the imagination of the people, like a book which is read with the speed of light.” Of course, if we wanted to we can spend some time lingering over the artistic craftiness of Low’s Hitler or Levine’s Kissinger but such studies are always just a post-facto cleaning up operation. The initial impact that these drawings has is like a sledgehammer to the brain: a split-second assault that works faster than our skills at reasoning or arguing.

As the great media theorists Marshall McLuhan and Walter Ong long ago taught us, written words are a child of picture-making but a progeny very different than the parent. The earliest forms of proto-writing were all pictographic. But as the writing developed its own rules in regularity and uniformity of print, it became a much more abstract and distancing form of communication than picture-making. To look at a picture is to return to one of the most primordial and atavistic forms of human communication, a way of expressing ourselves that the earliest members of our species would find much easier to understand than a book. 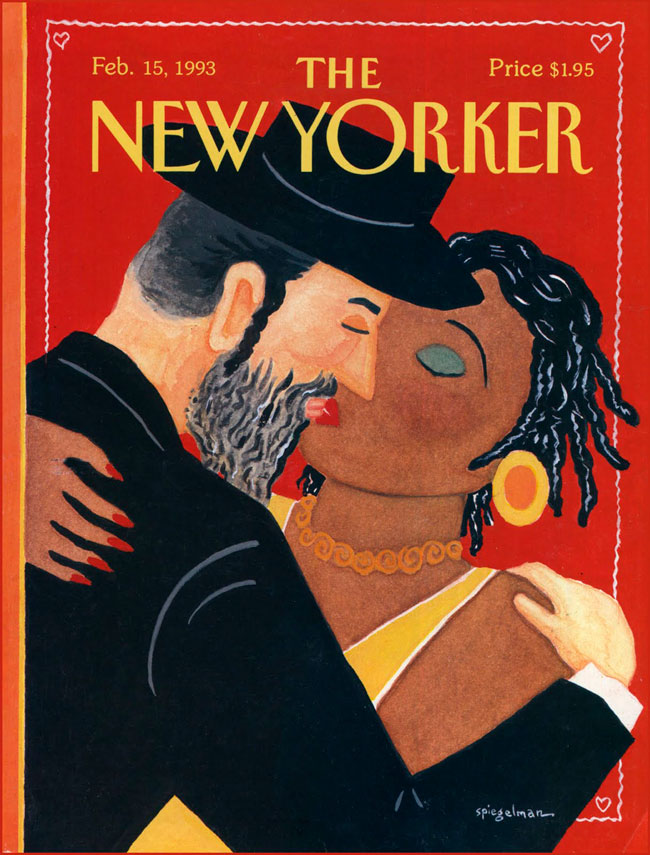 By Navasky’s account, the basic insight of McLuhan and Ong is finding support in cutting-edge neuroscience. Although the findings are still preliminary and controversial, some neuroscientists argue that we process pictures in the part of our brain that works automatically and quickly. This squares up with Art Spiegelman’s observation that the power of cartooning is in the ability to set off “reverberation in people’s heads.” (Spiegelman himself is very skilled at detonating explosive reverberations, having penned some of the most controversial New Yorker covers, notably a Valentine Day’s snapshot of a Hasidic man kissing a black woman, a call for racial reconciliation that provoked many protests.)

If pictures are fundamentally different than words, then it is natural that word-makers are often baffled by how to respond to images. In 1932, just a year before the Nazis took power in Germany, Hitler conferred with his foreign-press secretary Ernst Hanfstaengl on how best to get revenge on the cartoonists who were continually riling him up. Working together, Hitler and Hanfstaengl concocted a bizarre book that reprinted anti-Nazi cartoons alongside a text refutation. Issued by an allegedly independent press in order to disguise its origins as Nazi propaganda, the book suffered, carrying the unwieldy title Hitler in the World’s Cartoons: Facts Versus Ink (Hitler in der Karikature der Welt: Tat gegen Tinte). Aside from its noxious political message, the book was a fool’s errand. You might be able to fight fire with water, but you can’t defeat images with words. 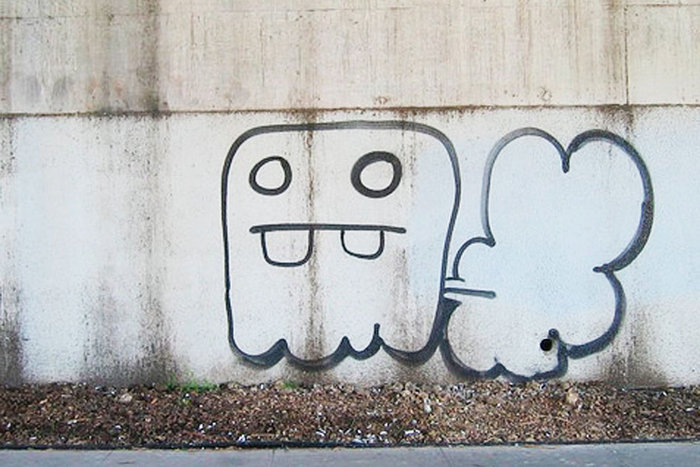 Society
Our Bodies, Our Farts: In Praise of Public Sexual Honesty 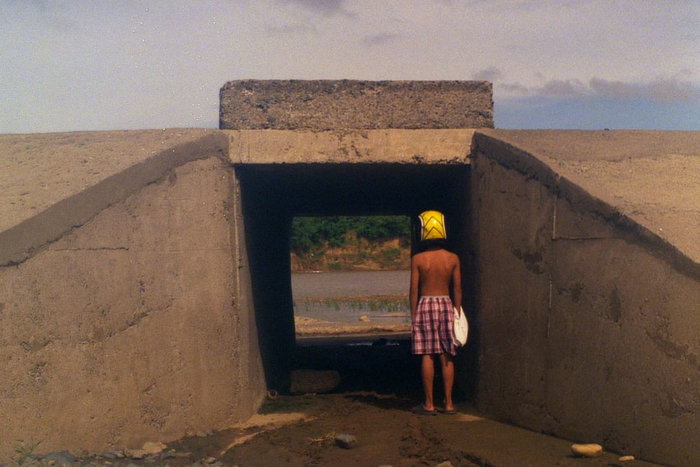 Culture
Six to Watch at the 2013 Images Festival