The Year in Thickness 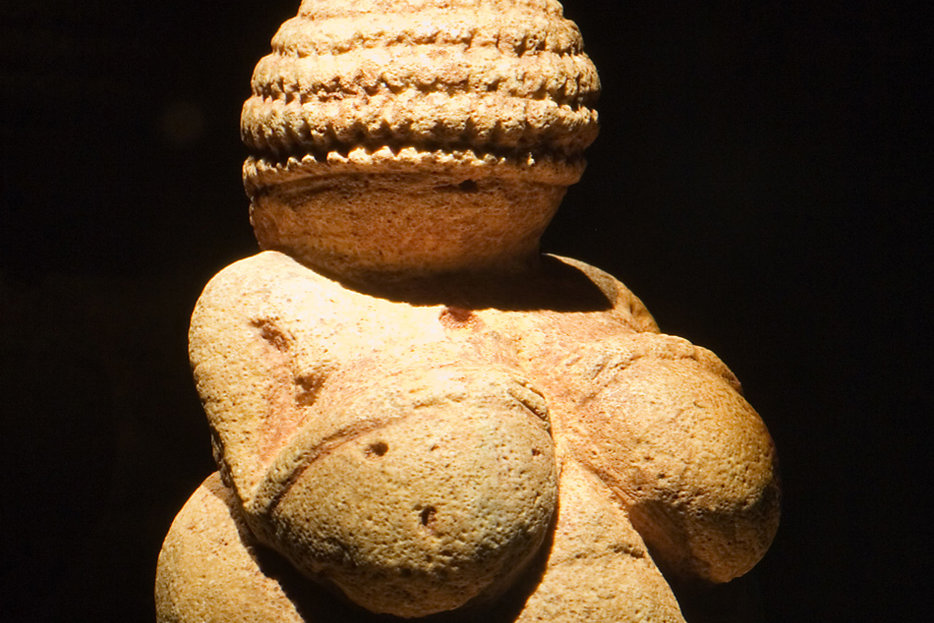 Best to get it out of the way, then: my dick isn’t radical—a modest okay point 5 at best. So when I say I’m attracted to fat people, plus-sized people, however you want to define people with such figures, and that I’ve exclusively dated people with that particular feature, it’s not to curl, armadillo-like, into my own ego—how political, how very Tumblr—but to point out that I’m just one of hundreds, possibly even thousands, and that while you don’t hear from us often, we’re doing fine, thank you. I don’t want to assume a consensus—“We, the fat people-loving people hereby decree etc.”—but as I get older, hopefully kinder, I try not to worry so much what the world outside my world thinks about my preferences, and I’d like to think that those who share my attractions are just as confident, just as comfortable.

To me, there is nothing more charismatic than the gentle prow of a double chin, or more arousing than the way light pours down rolls of belly fat, like so many ripples of soft serve ice cream. I’ve fallen asleep in arms slight as clouds and thick as the chains that anchor battleships. In high school, a girlfriend once traced a stretch mark that laced across her hip and folded away, just before her mound. “Like a mind of its own,” she might have said, but that could be the memory’s doing. I mean, who hasn’t stared at Jenny Saville’s Fulcrum or Strategy triptych, or Michelle Olley luxuriating in Alexander McQueen’s infamous 2001 S/S collection, and felt time itself pick up speed?

I only have clues as to how this all began. Early exposure to Rubens’ oils may have set things in motion, so too my discovery at a tender age of The Little Mermaid’s Ursula—her entrance alone: askjhfakdjslkja—but they only explain the velocity of preferences that were already there to begin with. Grooves etched deep into the factory floor. It’s fine, though. Origin stories bore me, anyway.

My family was always perplexed by my choice of girlfriend, standards of beauty being far more regimented in our corner of India than they are here. “Why is she so fat?” my mother asked about past partners, always preferring the blunt approach. Her eyebrows did this thing whenever I gave a response I think suited her inquiry—a ¯\_(ツ)_/¯ before ¯\_(ツ)_/¯.

I would lose count, if I bothered tallying, the looks of other men (mostly, but not exclusively) whenever I went outside holding the hand of someone I loved. That smirk. Sometimes bewilderment, like I’ve broken something sacred. There’s the way the body language of kind, educated people turns: cocked to one side waiting for the punch line, or tilted in high alert, as if the deep pathology responsible, and a pathology it must be, were airborne. “A chubby chaser? YOU?” someone once balked at a party. I would’ve thrown my work Timbs at him if he hadn’t also been the host.

But I’ve never had time for fuccbois trembling to impress each other, and nothing but contempt for the closeted admirer too petrified to be seen in public with someone a size 26, but more than willing to slide into their DMs under the cover of an eggplant emoji. In the words of every mentor worth her salt: Do the goddamn work.

But I get it, I guess, thinking back to any number of cultural artifacts that have upheld the status quo: if the oversexed fat woman is the path to comedy gold, so too is the person who seeks her out.

Moronic isn’t the word to describe that kind of thinking; inhumane, then, built as it is on the premise that a fat woman with agency—sexual or otherwise—is inherently funny. This isn’t revelatory, but it bears repeating: I have it a lot easier when you compare my position to the daily horrors faced by the people I find attractive. I have the extreme luxury to feign a more desirable preference; they do not.

Which makes it particularly strange to think of 2014 as the year of “thick bitches only.”

Chris Brown uttered those words on Nicki Minaj’s “Only.” But it was Drake’s admission in the verse that followed that tore the floor from under me.

Only a thickness that cradled the gluteus maximus and glutueus medial muscles. Only the ass. Only Nicki’s Ass. Kim’s ASS. Prince Fielder’s ass too, but even he wasn’t spared from public ridicule. (I spammed my timeline with gifs of his ESPN photoshoot and lost a lot of followers in the process, but I also gained a few, too.) This specificity was interpreted as progress, though, which was its own problem. Meghan Trainor odiously claimed it was okay to be fat only because “boys like a little more booty to hold at night,” and that song was quickly crowned a hit. Others were unimpressed, sure, but in the world of #content, their takes only cemented Trainor’s brand, up there, among the clouds. (If “All About That Bass” did one thing right, however, it was introduce the world to the moves of dancer Sione Kelepi.)

Perhaps I’m upset with something friend and frequent Hazlitt contributor Anupa Mistry said over Gchat: that all we seem to do these days “is talk in trend pieces.” With only so many takes to go around—something’s peaking, something’s saved—it isn’t hard to see how Jillian Mapes’ “thickness in all right places” reconfigures into something that you could celebrate, especially if you don’t find fat people attractive to begin with. It becomes a story. Consumed. Easily dismissed. And not a very good one, either.

Desire that is pure and honest doesn’t require a narrative. Like the mysterious marks on the factory floor of me, there is no explanation, no why—desire mounts your spine and simply is. This is why I audibly gasped at Lucian Freud’s Benefits Supervisor Sleeping back in 1995, or Beth Ditto’s nude cover for Love magazine back in 2009—though no doubt for reasons either artist or art director hadn’t intended.

Claiming this was The Year of The Ass or “thick bitches only” was a way of making one think it was okay to publicly love and desire someone fat only because the public narrative deemed it so. After all, there’s a song about it, right? Even Drake does it, right?

So 2014 was an object lesson in how we don’t need others to tell our stories for us. A story can break the Internet. A story can make it all seem so easy. A story can make us feel like we’ve arrived. Ultimately, stories are another way to demand permission. And for all of us who love someone outside of popular public parameters, we’ve never wanted permission. Not even Drake’s.

I’m used to being told what I find attractive, isn’t. (You might even say I’ve had considerable training in being marginalized—here, pass me that mirror.) But to find what I desire almost acceptable—on trend, even—was disorienting only because on some level I wanted to believe it. That I was less alone than I’ve occasionally felt, less pathologized. Less inclined to reach for my shoe, any shoe, when someone reduced me, and, by extension, those for whom I’ve deeply cared. We are all animals seeking more of our own.

Recently, I went to a pop-up shop at a plus-size clothing store with my girlfriend. The store was owned and operated by good friends, so we went to support them, of course, and some of the familiar faces we knew on Twitter, but we really went for ourselves—to see in others our own reflection.

We browsed upcycled clothes between sips of champagne. There were hand-stitched pennants with the words “Fat Babe” over pizza print. Comics about mystical fat sisterhoods. I encountered my doppelganger, identical down to the mustache, which was admittedly better than mine. We talked about sweatpants. Mingling with the other couples slowly filtering in, we found ourselves engaged in the time-honoured tradition of swapping stories of how it all came to be. “OKCupid,” said one couple, newly minted. “PlentyOfFish, but he almost gave up,” giggled another. It occurred to me how old-fashioned we sounded sharing our own story: hunched over a songbook at karaoke, using my iPhone to illuminate the pages, and, not so secretly, her.

We weren’t at the pop-up shop for long, having made plans to go dancing later that night. As we left I took her hand and laced my fingers into hers. I felt her pulse, or imagined doing so. Everything started to speed up.

Correction: The original article wrongly credited a quote by Jillian Mapes of Flavorwire. Hazlitt apologizes for the mistake. 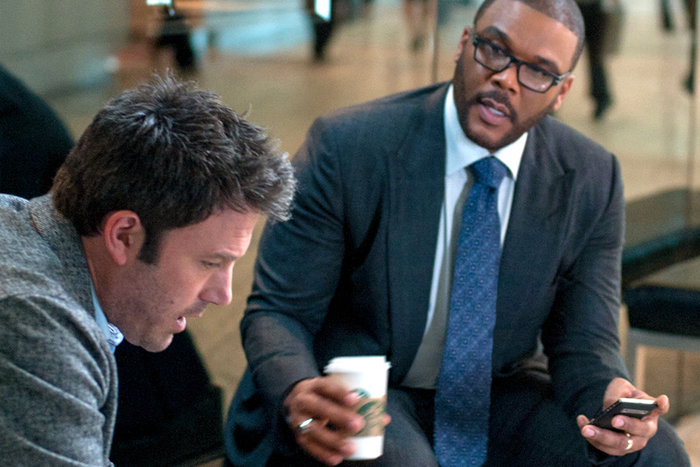 2014 in Review
The Recommender: All the Best of 2014
All (well, some of) the books, music, films and TV shows Hazlitt’s staff found and enjoyed this year. 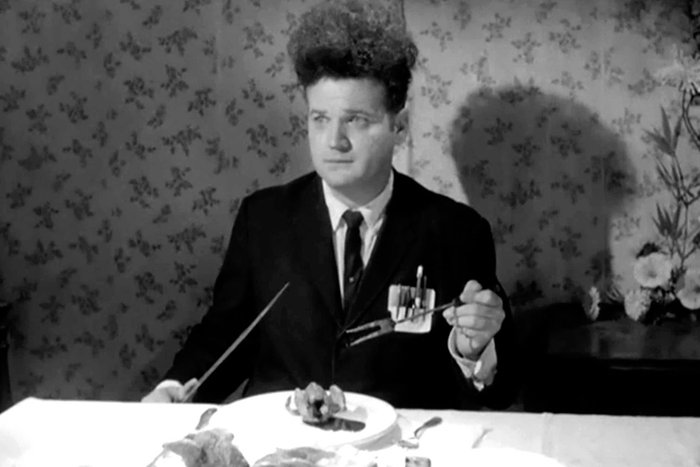 2014 in Review
The Year in Dinner
On keeping your loved ones fed, whether they like it or not.