Why the World Pays Attention When America is Attacked 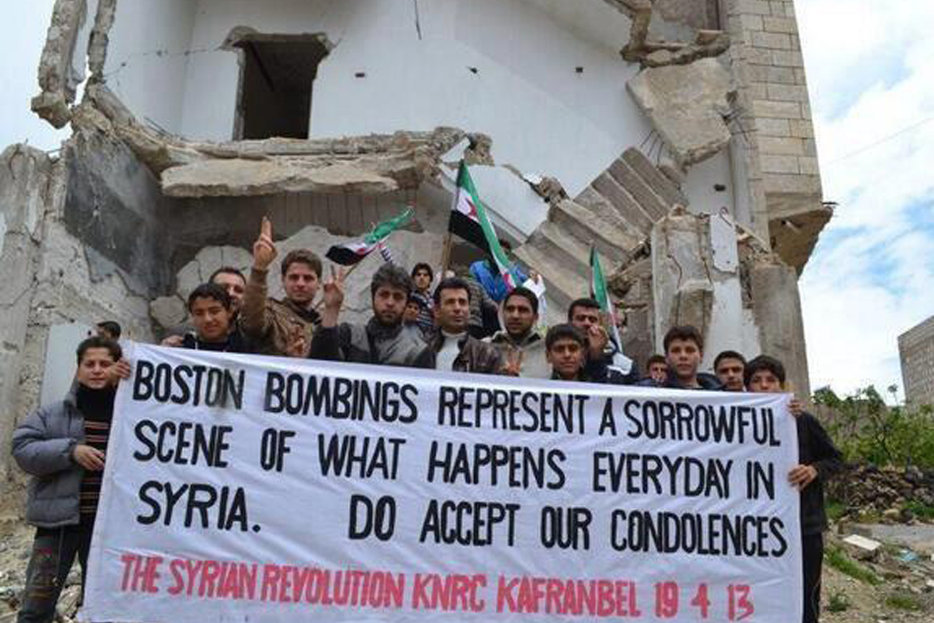 None of these places have a vested interest in the fact that three people have been arrested in Boston. Why are they all running stories on it?

Due to the time difference, the news perhaps hasn’t reached Pakistan yet, but it surely will in a few hours, when it will almost certainly hit papers and news sites all over the country. Which is weird. Pakistani journalist Rafia Zakaria tells us there were 652 bombings in Pakistan last year, but she says Boston was different, not only hitting Americans harder than bombings anywhere else in the world, but Pakistanis, too.

“There is an inherent cruelty in every terror attack,” Zakaria writes, “an undeniable reverberation of evil in the destruction of an ordinary moment and the forced marriage of that moment to sudden violence. Boston is no different, no more or less tragic than the bombings that have razed the marketplaces of Karachi, the school in Khost, the mosque in Karbala.

“And yet it seems so. Attacks in America are far more indelible in the world’s memory than attacks in any other country.”

She’s right, and it’s something I wondered about as I pored over the stories and footage over the last few weeks, just as I did a dozen years ago. At first, I didn’t think much of it. I’ve been to Boston (and New York), and I tend to relate the US to Canada, and Americans to Canadians, in a way I don’t with other countries. Our neighbours, ourselves. But then I saw that Syrian banner, and started noticing the stories in the Australian, Swiss, German and French press. As Zakaria says, such stories about US events tend to humanize and dramatize protagonists and antagonists in ways those embroiled in similar events in other countries are not. The Times of India is now past the events themselves and onto the conspiracy theories of the Tsarnaev brothers’ mother. That evinces an unusually high degree of interest in another country’s affairs. By the time I got to Zakaria’s story in Guernica, I was more interested in this pan-sympathetic response than whether the Chechen struggle had anything to do with the attack.

She makes some good points. Pakistanis can become inured to the constant violence in their own country, though it remains exotic, more liable to sympathy, in a place where bombing is a more than daily affair.

She asks “whether the world’s allocations of sympathy are determined not by the magnitude of a tragedy—the numbers dead and injured—but by the contrast between a society’s normal and the cruel aftermath of a terrorist event.”

That sounded credible in its mathematical reasoning. Sympathy = expectation – occurrence.

But she also wrote, “Death is always unexpected in America and death by a terrorist attack more so than in any other place,” and that’s just not so. Terrorism is more expected in the United States than Canada, but I doubt Zakaria or her compatriots would be as moved if a bomb went off during Vancouver’s Run for the Cure. And it’s not just Canada. There are plenty of non-expansionist countries without a colonialist past that would be far more shocked by an attack. Norway was one of them. But though the Norwegian massacre got a lot of attention, it was mostly focused on the perpetrator’s odd story and the Friday the 13th aspects of the island slaughter, not on the country or society itself.

It’s true, the United States is a sentimental, self-regarding nation whose frame of reference rarely extends beyond its own borders. But that doesn’t explain the rest of us.

For that, I think we have to turn to Princess Diana.

When Diana was alive, she occupied a category of celebrity that belonged only to her. Others came and went and had their various sorts of heydays, but from 1981-1997, Diana was the tops. It was well known in the magazine industry, for instance, that putting her on your cover, even an old stock photo, would increase your circulation by an extraordinary amount, no matter what kind of magazine you had; it could work for angling journals.

The States holds the same position among nations. Other countries are bit players (Canada, Norway) or character actors (Germany, Ireland, Iran), but the US is in a class by itself, and the world reacts to things that happen to it the way they reacted to things that happened to Diana. There is an aura of increased drama that hangs around it, as it did with her. It’s why the People’s Princess concept stuck. She wasn’t—she was as elitist and valued her privilege as much as the average jet setter. But her story, the place she occupied in people’s minds, was different. From the very beginning, when she was peddled to us as a normal girl who worked in a daycare, a Cinderella plucked from obscurity, her story compelled us and we bent it to suit our narrative needs. Just like the US’s “all men are created equal” and “huddled masses” bits continue to outweigh a superfluity of evidence that the state doesn’t take much of it too seriously; just like they and we continue to believe the “framers” were a gaggle of geniuses with insight into and authority over future generations not seen since the days of Matthew, Mark, Luke, John and Mohammad.

This outsourcing of our sympathies speaks to something fundamental in us. It’s the same thing, I imagine, that would have led someone tortured by Francois Duvalier, for instance, to pray to Jesus as a paragon of suffering. Duvalier was known for having prisoners beaten and broken, dismembering them, forcing them to watch family members killed or assaulted, locking them in cells packed so tightly they could barely move for weeks, and then throwing street boys in with them to be raped to death. In comparison to the prisoners, the boys, those kids in Sierra Leone who got their hands and feet amputated a decade or so ago, and any number of other people who suffer and die horribly all over the world all the time, Jesus got off easy: three nails, dead in a couple of hours. The story of his suffering looms larger than the suffering itself, exempting it from reasonable comparison.

The question of why we don’t care about every life equally is, frankly, not worth asking. We haven’t the capacity, so we filter. It’s the reason we care more about one death with a decent story behind it than we do about a hundred in a country we may as well only know from The Amazing Race. But why do we care more about American tragedy than any other, including our own? A tale as old as time: The States is good at telling stories about itself, good at forging strong characters out of the messy raw material that every actual human life has to offer. George Washington, Thomas Jefferson, Abraham Lincoln, the Civil War, Prohibition, saving the day in WWI, saving the day in WWII. Vietnam proved that even when they fail, they don’t fail like the rest of us—they fail grandly, in an Aristotelian headlong hurl that provides decades of catharsis.

Our gut reactions to sadness and happiness in the US (the 2008 election was another odd international fixation) are just that, then: gut reactions. They don’t, however, come from the part of our gut the rest of our sympathies do, but rather from that part that likes to curl up on a parent’s lap and be told a story. There’s nothing nefarious about it, but there’s nothing especially adult about it, either. When we outgrow our parents’ laps, many of us seek out other stories that have more to do with our adult lives and capacities, with what we’ve decided is important, rather than what our inner child wants more and more of. Perhaps it’s time we started to see our fascination with American detail as a form of political and cultural immaturity, a failure of the extent of our sympathy rather than an example of it. Imagine if Pakistan cared as much about a bomb going off in Bangalore as Boston. Imagine if we did. 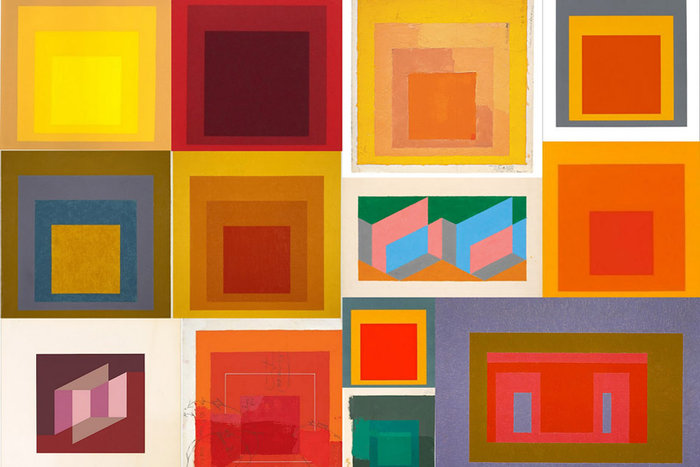 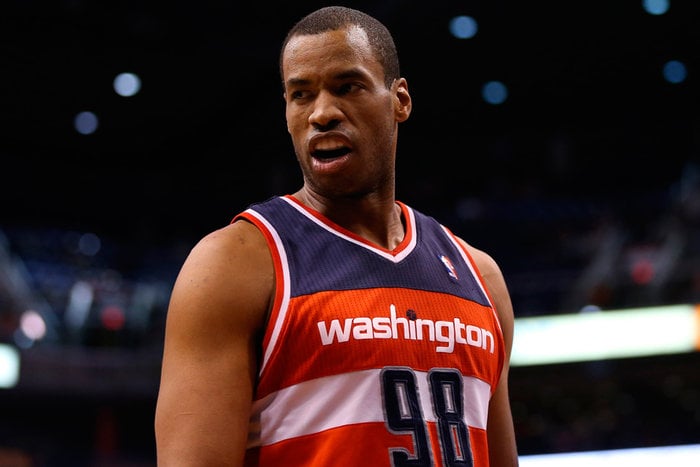