David Roth was an editor at Deadspin. He’s from New Jersey and lives in New York. 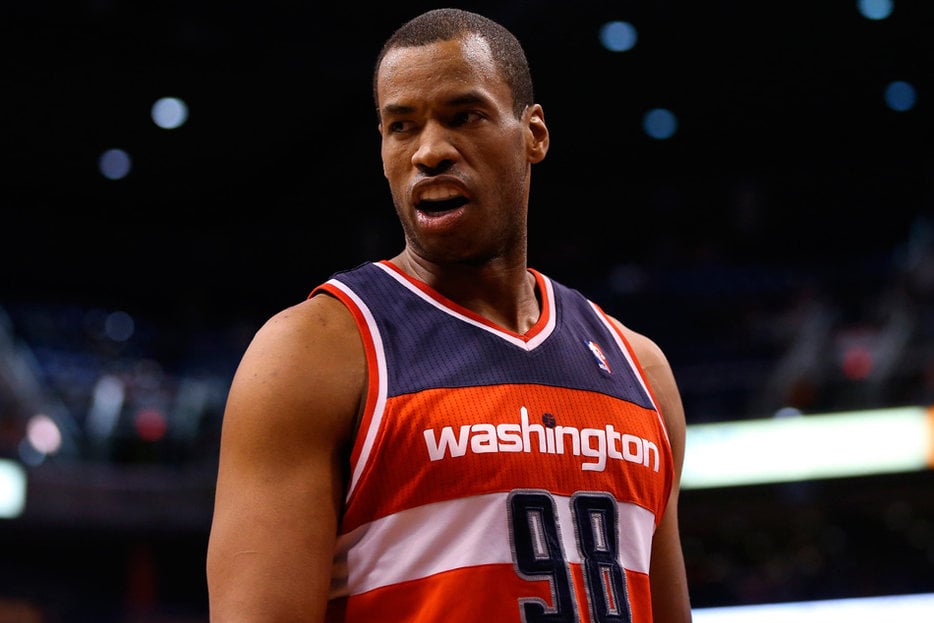 This article orginally appeared on The Classical.

Bruce Herman, the man who writes the text for more or less every trading card printed and sold by Topps, lives in Blacksburg, Va., with his wife, children, massive record collection (very heavy on pop-punk) and massive dossiers of quotes from and factoids about the various players he’s paid to write about. For a while, I edited what he wrote when I worked at Topps; for a longer while, I wrote those cards myself—mostly basketball, some baseball, and the occasional card for Susan B. Anthony or an astronaut for one of Topps’ historic sets—for him as an independent contractor.

As much as I enjoyed writing the cards I wrote—I almost got the words “a screaming comes across the sky” onto the back of a Renaldo Balkman card, and generally enjoyed the opportunity to spend what was either just enough or actually too much time reading up on random NBA players—I was never nearly as good at it as Bruce. I was never less than in awe of his work. He had long ago shed the Master Prosesmith vanity that led me to write too many/too much about, like, Speedy Claxton and then grump over the self-edits I needed to make to get my card-backs down to character count; he swapped my flopsweaty adjectives for something smoother and more economical and more reliably on-point. Where I might fuss over finding the right 200-character sentence for a Shaquille O’Neal card—just one sentence to describe Shaq? Why must “Fu-Schnickens” contain so many letters!—Bruce just reached back into his dossier and pulled up a quote from Jason Collins. This would have been on Shaq’s Topps card around the middle of the last decade. Playing against Shaq, Collins said, “feels like you’re lifting weights.” And then Bruce was on to the next card, after writing what was both the perfect card-back for Shaq and, in recent retrospect, also the perfect card for Jason Collins.

Collins, by that point, was not necessarily getting a Topps card of his own. He was a vital player for a pair of doomed New Jersey Nets NBA Finals teams in 2001 and ‘02, but not every player gets a Topps card, and there were always players whose promise or stats or reputation or even just knack for getting photographed doing interesting things elevated them over Collins. There are a great many pictures of Collins boxing out. There are some photos of him setting picks, or sweating gape-mouthed at the foul line. There is only so much demand for those cards, though, especially when the back of the card is full of Collins-esque stats. That what made Collins a valuable player on good teams, and has kept in the league as he has made his descent from that not terribly commanding peak, never had anything to do with measurable statistics doesn’t mean the basketball card can be printed without them. Every player gets quantified the same way, and the words that might explain where that quantification falls short or is unrepresentative are only expended on players about which kids or collectors or fans might want to read.

And so, in Collins’ case, they mostly haven’t been. Excepting some cards featuring swatches of his game-worn shorts and jerseys, Collins hasn’t had a card of his own since Fleer made one for him in 2007-08. Anyway, after Collins came out as gay in a cover story for Sports Illustrated co-written with Franz Lidz, his statistics seem to matter even less than ever, and the cardboard collectibles with pictures of his weary self on the front and a litany of his workmanlike numbers on the back are no longer the things about his 12-year career that seem likeliest to endure. At this point, it’s mostly about the line that Bruce caught, the part about “lifting weights.”

In his coming-out piece, Collins writes with eloquence and good humor on his identity and his decision to reveal it while he’s still employed in the NBA. He is, if you hadn’t noticed, still working in the NBA—the 34-year-old split last season between the Celtics and Wizards, and is a free agent. He has been an itinerant backup for the last half-decade, and may or may not have gotten a job next season as a seven-foot practice pylon, pick-setter and strategic foul-giver before he wrote what he wrote. Whether it will or won’t help or hurt him get a job next season is a question that’s less Embrace Debate fatuous than it initially seems—Collins’ individual courage in becoming the first active-duty male professional athlete to come out is most meaningful, like most individual acts, in context.

There are executives and teams that would be more or less inclined to hire Collins because of who he is and his choice to own that identity in public, and that means something beyond reminding us that the owners of the Utah Jazz are jerks, or whatever. The response of Collins’ NBA peers—broadly positive and accepting thus far, although someone is obviously going to say something stupid at some point, at which point we’ll go through the ritualistic dismay-cycle that comes with that—matters, too. New York sports radio host Mike Francesa, a rancid veal breast wrapped in Today’s Man microfiber blends and comically bulletproof self-regard, wrote the story off as a “dramatic attempt to sell a magazine, I guess,” and that, finally, doesn’t matter. It doesn’t matter because Mike Francesa doesn’t matter—doesn’t matter to exactly the same huge extent to which Francesa is convinced he does matter—but it mostly doesn’t matter because Collins’ story isn’t about some Diet Coke-braised radio meat’s opinions or prejudices or blustering mayo-veined heart, so much as it’s about work.

It is not just about that for Jason Collins, of course, or for the many other gay athletes who have had to wear the same burdensome mask he wore without ever getting the relief he seems to have found in shedding it. For him and for them and for many of us, straight and gay, this is personal—here’s a person we have watched play for years stepping more fully and proudly into himself, and here too is our refracted, vicarious pride and happiness in seeing him do that. This is all good: good for him and good for the league and the game and those of us who care about both, and also good as a development in one of the precious few national conversations that seems to be progressing in more or less the direction and manner—if still not nearly at the pace—that it undoubtedly should.

But if his dignity is a big part of what makes Jason Collins so admirable at this moment, the way he has consistently found dignity in his very public labor is what makes it stick. Jason Collins has faced off with Shaquille O’Neal and Tim Duncan and David Robinson in the NBA Finals and his generation’s other NBA giants in games significant and insignificant, and he has not outscored or outplayed them in any of those games. Collins went into those games knowing that he would not, could not do that. He might foul them in a timely or intelligent way, or piss them off, or set good enough screens and play good enough defense to mitigate at least to some extent the inescapable physical fact that his opponents were bigger and stronger and better at basketball than him. His ability to do those things, his willingness and knack for the NBA’s most rote and punishing work, has made him both professionally valuable and personally wealthy.

And if Collins’ bravery has made him an historically significant figure—and I’d argue that it has—it’s worth remembering that his humble heroism is of a piece with his reliable and consistently unheroic life in basketball. Jason Collins earned both respect and a living by doing work, by pushing and fighting and fighting even when it was more or less futile, because that was his job as he understood it and because it was the way he could do it best. He won what he won by finding ways to make his humble individual utmost a component part of a collective effort towards a common goal, and so both buried and multiplied his labor’s significance. He makes his living like that, by disappearing into his work and doing it, by doing invisible and important things that aren’t easily or adequately captured on either side of a basketball card. It makes sense that we wouldn’t have seen this coming, but it makes even more sense that, if Jason Collins were to make history, he’d do it just like this.

David Roth is an editor at The Classical, co-writes The Daily Fix blog-column at the Wall Street Journal, and writes “The Mercy Rule” column at Vice.com. He tweets, primarily about things he hates, @david_j_roth and almost never updates his blog.

David Roth was an editor at Deadspin. He’s from New Jersey and lives in New York. 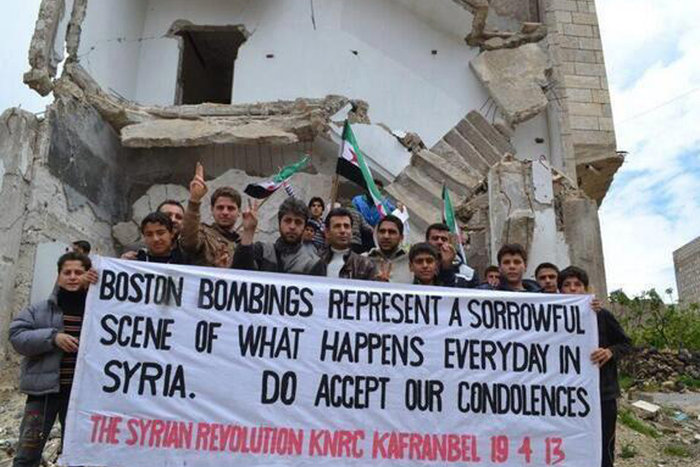 Society
Why the World Pays Attention When America is Attacked 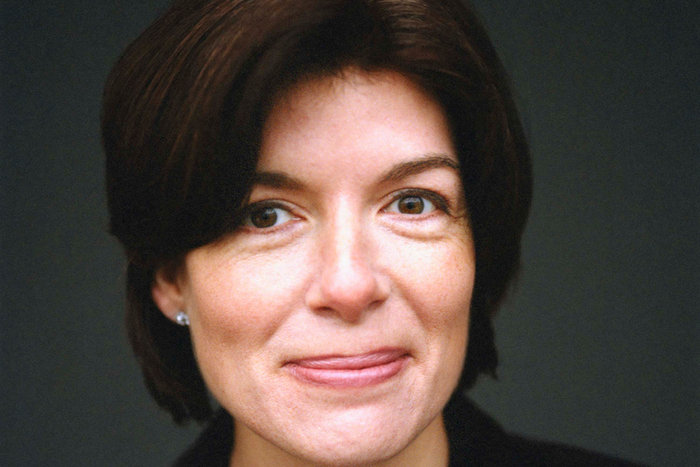 Interview
Claire Messud Gets Angry
The author talks to Hazlitt about her new book, The Woman Upstairs, girl-crush relationships, and eating in the …