What Went Wrong This Week For … McDonalds’ PR Department

Welcome to the Well, That Sucked, our weekly compendium of exactly what it sounds like. Thrown in this week’s garbage: anything that McDonald’s touches, except their fries. Their fries are so good. Let’s go get some fries already.

Like most writers, I have a variety of hobbies I enjoy when I’m not making dick jokes: travelling, reading, drinking, weeping. But the hobby I enjoy the most by far is binge eating. Cheap food plus my forever insatiable appetite means I am always on the cusp of having a pretty crazy night.

So news of McDonald’s raising the price of their Dollar Menu to something that is indeed more than a dollar is terrible news for drunk me. I mean, sober me thinks nothing of it—all my food needn’t cost less than a pack of gum, my god, am I an animal?—but the version of myself that comes home at 2:30 in the morning and wants to eat a vat of salt for $1.13 thinks this is perhaps the worst thing to have happened since Toronto’s barbaric 2 a.m. last call.

The Dollar Menu is being rebranded as the “Dollar Menu & More,” and will include $1 and $2 dollar sandwiches, some going up to $5. But if I wanted to spend $5 for a sandwich, I’d go somewhere a little more upscale, like the gas station beside my house. McDonald’s does not understand its market.

To make matters worse, they’re clearing out Heinz ketchup from their restaurants, universally known as the only good ketchup because Malcolm Gladwell said so. Maybe that particular condiment was getting too expensive, or maybe McDonald’s is preemptively dumping Heinz before Heinz dumps McDonald’s. The company is now being run by former Burger King Worldwide CEO/arch nemesis Bernardo Hees, who is maybe a little fed up with being number two. (It’s one kind of disappointment to be the worst thing you can eat; it’s another kind to be considered merely the second worst thing you can eat.)

But at least you know that if you’re a McDonald’s employee, there’s someone to hear your concerns. Worker Nancy Salgado, mother of two and employee for a decade, only earns $8.25 an hour. She can’t support her family on that kind of pay, so she called the McDonald’s employee helpline, McResources (for god’s sake).

The chain’s disposition towards suggesting its employees explore the world of government assistance, or any assistance for that matter, is nothing new. Last summer, it released a sample budget to help its employees manage their money, which included helpful tips such as geting a second job to nearly double your income, somehow spending only $600 dollars on your rent or mortgage, and basically not eating any food, ever. If it’s not sound economics, it is, at least, an amaaaaaaaazing diet.

This is all terrible news, because while McDonald’s may not lose much sleep over sodium content or making sure its employees can pay their rent, they are terrified of making marginally less money than before. Their third quarter earnings for the year showed just a 2 percent increase from this time last year, which is only approximately twentillion jillion dollars USD. Obviously far less than the fast food chain would prefer.

All of which is to say, there’s nothing surprising about the way McDonald’s treats its employees; what is surprising is our insistence on still eating there. The food is not so much food as it is the pureed remains of our dashed hopes and dreams, and they can’t even pay their employees enough to be able to take care of their families. A normal reaction to these kinds of dreadful facts about a company with more money than it knows what to do with would be to stop eating there. Ultimately, there are plenty of places to buy smashed-up hamburgers.

Of course, that doesn’t mean I will stop eating there. Nor will you, liars. Have you had their fries? Unbelievable. And buy yourself a milkshake! You can really taste the poverty. 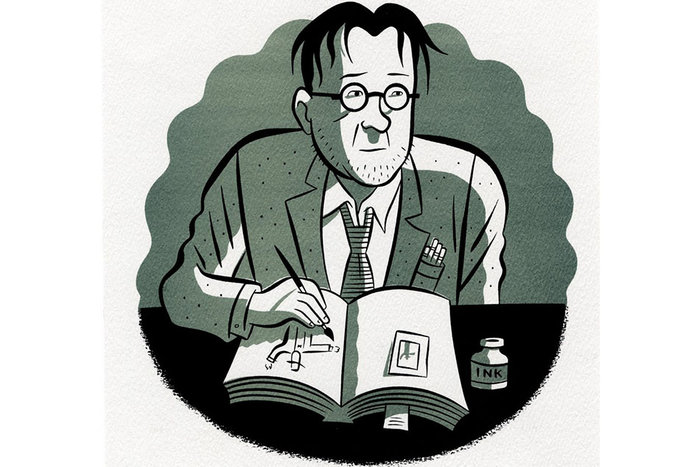 Questionnaire
The Hazlitt Offensive: Seth
The first installment of our new regular questionnaire—this week checking in with authors appearing at the…

'It's Not a Huge Request to Consider Dignity a Right': An Interview with Jakob Guanzon
Connor Goodwin
A Real Emergency
Elizabeth Rosen