What If Grunge Never Happened? 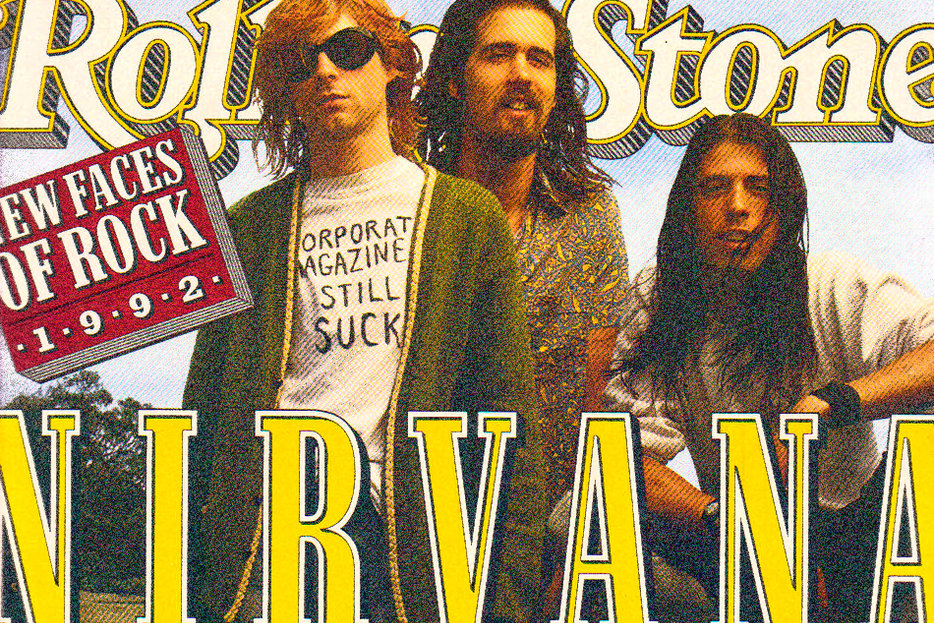 What if, by stray comet, poptimist butterfly wing, or Bruce Pavitt following his bliss and devoting his public radio show to ancient aliens instead of The Wipers, grunge never happened? The upsides are obvious and manifold, and not just to the cob nobblers of the New York Times’ fact-checking department. Jack Endino sticks to Skin Yard, still providing us with those “Seven Inches of Pink Throbbing Jesus” shirts but leaving the Tads and Coffin Breaks of the world to their own devices. Mother Love Bone’s Andrew Wood doesn’t die, he just gets bigger and better hats. Cobain lives, too—everybody lives, though the chances of Sub Pop inadvertently enabling the next Hitler were admittedly slim to begin with (but life, like Band of Horses, finds a way). Nirvana stops at Bleach, but somehow we all still make it through junior high, forced to lust after the cheer squad without the fantasy qualifiers of Anarchy patches. Seattle’s population of mutton chops and mussed manes thankfully keeps well in cool, dark storage, and serves the nation just as well during the eventual garage-rock revival, so why don’t we skip the middle step and contemplate the unthinkable: a world where “rock” is not pronounced “rawk” with an arched eyebrow, where SPIN has to find another cover subject for the next twenty years, and where everybody, without interruption or irony, does “The Hump.” Shorn of its flannel and thumb-holed cardigan, how would the wolf survive?

If you close your eyes and wash your hair, you can dream it: Skid Row never feeling the need to record Slave To The Grind, Guns N’ Roses staying funky enough to make no sense on a Terminator sequel soundtrack, the carrot/stick fantasia of Janet Jackson’s “Escapade” retaining its place on the spectrum as the heaviest popular music needs to be—the deceit of happiness in pop music remaining implicit, rather than being made manifest with all the subtlety of a crossed-out crucifix on a teenager’s jeans.11It is, however, unfair to blame grunge for hair metal’s descent into Real Man grotesquerie. As Chuck Eddy has thoroughly documented, it’s a myth that Nirvana blew away all of that hairspray, leaving faux-fierce pathos the only option for the formerly made-up and making-out glam boys. By 1990, hair farmers from Cinderella to Poison were already blooze bawling and replacing bubble-gum glam with gospel-backed schlock. Grunge was venerated as a triumph of authenticity over “pop,” when really, it was just the culture at large’s regular cyclical response to the ascension of black and/or gay music. Even if Nirvana were mostly innocent (they did turn down an opening slot with the aforementioned Skid Row on account of Sebastian Bach’s homophobia), they were still members of this society. Imagine, instead, a world where rock dinosaurs and pop, uh, pterodactyls could live together in bliss.

Not that a 20th century where “Corporate Magazines Still Suck” shirts worn on the cover of Rolling Stone elicit only the appropriate reaction—that is, an eye roll, rather than the energy blast of a time-travelling Sentinel—is free of complications. Do we wish to erase pre-grunge necessities like The Stooges from our timeline? KISS? Even Mudhoney, minus context, was a swell enough band, and it would be a shame to leave them off the extra-dimensional table. But alternate history requires sacrifice, so for the purposes of this exercise, all three have to go. Iggy Pop can stay, but only heroin-swooning New Wave Iggy. Here, Iggy, put this shirt on. Come on, if you undo the top five buttons, it’s hardly a shirt—more of a cape, really. There you go.

Despite these losses, the joy of grungeless life is palpable even through the wall of unreality, this world that exists only on the vibrational wave of wah-wah peddles left to rust. After all, no grunge means—and here’s where the rising strings come in—no grunge revival; a world without a million bands from Brooklyn, USA, to Brooklyn, Australia, aping the stop/start grunting of the early Sub Pop catalog is truly a heaven descended. No longer would we have to stare glass-eyed as the newest tieless inanity performs the ubiquitous death-dirge-howl born of having to have roommates. No longer would new “real rock” saviors foist half-drawn melodies cribbed from Pixies B-sides upon us. The only predictable loud/quiet dynamic we would hear would be the sound of our own heartbeats and the grace note between. In the absence of seven-stringed upstarts like Korn and Limp Bizkit and the subsequent elevation of their tantrums into pop spheres, men stop dressing like little boys and all baseball caps face forward, towards the future.

If I’m describing electroclash, fine, but imagine electroclash happening in 1990. God, our shoes would be amazing by now. We’d probably all have sword canes. Worst-case scenario? Every band out of Collegetown, USA, sounds like Snap!’s “The Power.” The Spanish Civil War was fought for less utopian ideals.

The effects of grunge’s erasure from history are intercontinental. Without Blur and Oasis existing as reactionary forces to its eternal downcast glare, both bands cancel each other out and Suede ascends to the Britpop throne, ushering in an age of gender fluidity that, even if founded on singer Brett Anderson’s perhaps disingenuous claims of bisexuality, leads to the wholesale destruction of binary notions of sexuality in rock. The undereroticized hair in the eyes of twee is replaced with the coy sleekness of Lisa Stansfield coifs. Black-rimmed glasses are tossed to the side, and in our blindness, the make-out sessions are epic. Back home, absent the distractions of groovy manhood peddlers like Pearl Jam and Stone Temple Pilots, their respective fan bases get into goth-rock and hip-hop, the two genres most concerned with the ethereal and the concrete and, therefore, least affected (musically) by the ostentatious teenage pathos of grunge. Gravediggaz become the most popular band of the 1990s, touring nonstop with a Michelle Williams-led Destiny’s Child, whose thoughtful explorations of fame and sex through the prism of an apocalyptic Christianity make them apt tour mates.

Without the easy release of faux-rebellious and self-serving nihilistic guitar rock, millions take to the streets at the outset of the first invasion of Iraq. It of course does nothing to alter the state’s decisions, but it does set the progressive groundwork for an easier electoral victory for the Democrats in 2000. Without Pearl Jam, Ralph Nader literally fades away before a crowd of tens like an unlucky Marty McFly. His last words are the sound of a fuzz box going out of the red like a hurricane downgrading itself to a storm to a breeze to just the still air with birds taking flight in the distance. Of course, with Nader wiped from existence, we have no seatbelts. The carnage is breathtaking—the hundreds of thousands lives saved by Nader’s initiatives gone from this world. In this moment, if we knew what might have been had Jeremy been given his chance to speak in class today, we might miss you, theoretical Eddie Vedder.

As with any alternate history, you must prepare for glitches in the space-time fabric and the results thereof. In this case, it’s the unrestrained rise of Grebo, that much-maligned, most floppy-shorted of UK scenes that flared briefly in our world like a highly stoppable sex machine, but that, without grunge’s obstruction, could have spanned the distance between C+C Music Factory and Slayer like a Bifrost Bridge. Follow this path, and Age of Chance—England’s foremost bike messengers—lead to Pop Will Eat Itself, which leads to Jesus Jones, a band that made it big with “Right Here, Right Now,” the EDM version of the Scorpions’ “Wind of Change” (see, grunge wasn’t the only pseudo-genre eating hard rock’s soup). And hey, by this point, America already had the Beastie Boys and Warlock Pinchers—it could have happened: a wonderful age of Mike Patton-style long-on-top/shaved-on-the-sides hair and white people who absolutely worshipped Public Enemy. No longer would one have had to choose between Janet Jackson and guitars, because they would have existed in one blissful club—Danceteria all day, every day. If I’m describing electroclash, fine, but imagine electroclash happening in 1990. God, our shoes would be amazing by now. We’d probably all have sword canes. Worst-case scenario? Every band out of Collegetown, USA, sounds like Snap!’s “The Power.” The Spanish Civil War was fought for less utopian ideals.

With time being layered and all historical events happening simultaneously,22I guess? Your man failed out of high school and never really got on with the philosophy hacky sackers in college. a universe is possible where, because Kurt and Courtney never marry, Tori Amos and Trent Reznor’s relationship is afforded the respect it deserves, thus ushering in a thousand years of true love and keyboards, keyboards, keyboards. Big Audio Dynamite and Neneh Cherry are bigger influences than Sonic Youth, thus ensuring I don’t spend every waking moment enshrouded by a cultural boredom that cracks my bones. Of course, there is still war and strife, disease and turmoil, a Replacements reunion and Father John Misty. I’ve shaken enough monkeys’ paws to know that wishing can’t eliminate the machinations of an inherently corrupt universe. But picture a 2015 without turgid guitars and nostalgia for nostalgia. We’re hoisting Kurt Cobain’s unfamous grandchildren into the air, wearing overalls covered in Day-Glo graffiti, that drum and bass version of that Anita Baker song is playing on the solar-powered boom box in the other room, and we and our anthropomorphic hoverboard/body pillow are deeply, truly in love. The sun is shining, and the air, thank you three-term-and-counting President-For-Life Al Gore, tastes like Seattle mist and honey. 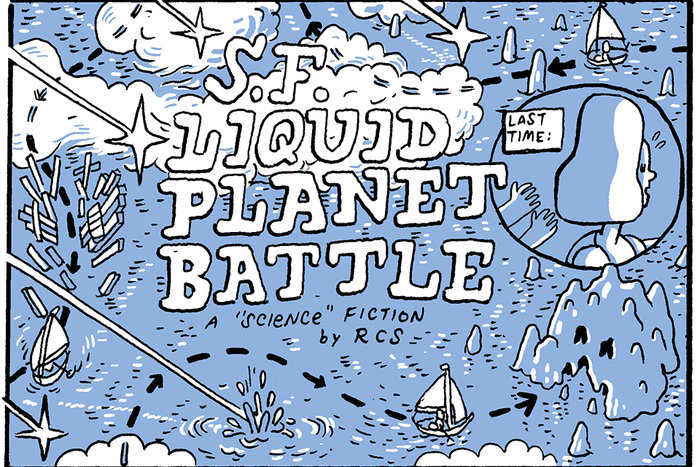 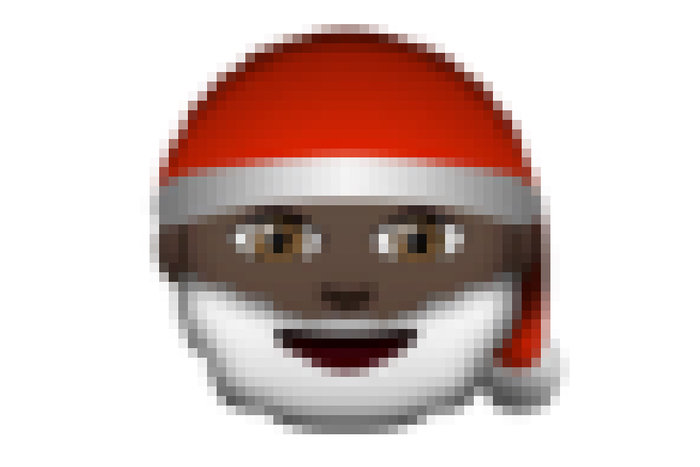 Good Talk
How Should We Feel About Diverse Emoji?
Hazlitt editors investigate.