How Should We Feel About Diverse Emoji? 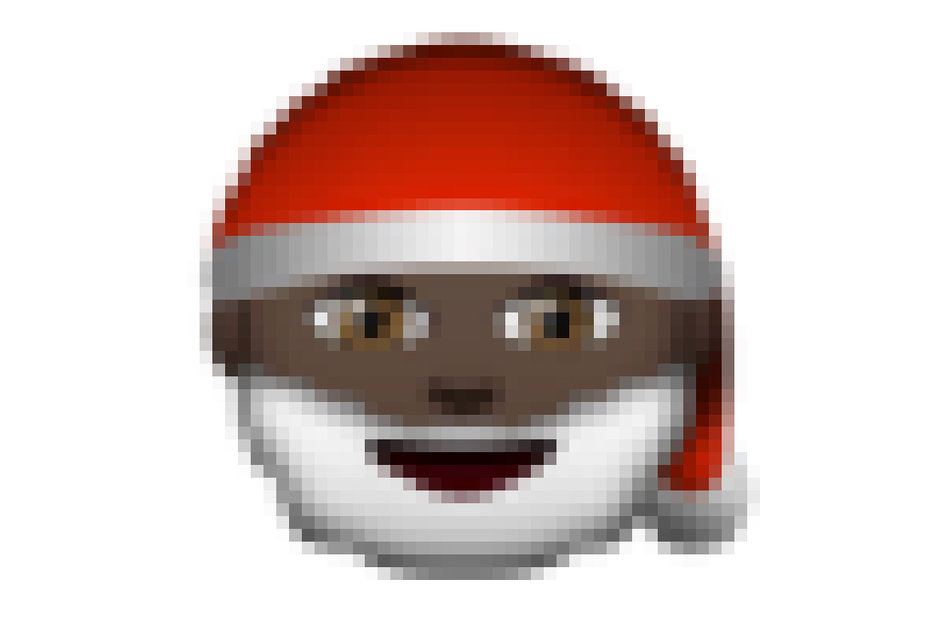 Anshuman: FINALLY—I can sext knowing I have the full approval of my ancestors, maybe.

Scaachi: Does it speak volumes about my brain that I feel like so many of these emojis will be used for evil? Has anyone used the turban-wearing emoji for good? I mean, obviously it’s good. It’s great! It’s just about seven years too late.

Or however old emojis are.

Should we be doing an oral history of the emoji?

Scaachi: Not to say they shouldn’t add them, I just don’t have a lot of faith in certain people having access to a black Santa emoji. There are people in the world who are both terrible and also iPhone users.

Anshuman: Oh, you already know. But I’m p sure they’ll show up on some List of Terrible People and we’ll lol and smdh and ¯\_(ツ)_/¯ and move on. We always do.

Scaachi: Have we determined what’s up with the yellow ones? Do they have jaundice? Or is it … something else.

Anshuman: Like, the ones with recognizable hairstyles and, uh, day-glo yellow skin?

Scaachi: Again, I am a horrible person with very bad instincts but is there a reason they are yellow or is it a Simpsonesque sort of quirk. But it does make me feel good about younger users (RAPSCALLION TEENS) who can actually be represented in something that can, on face value, seem simplistic. It’s a big deal!

Anshuman: It is! Imagine all the teen drama cut at the knees because someone mistook Rajni for Becky!

Scaachi: Was that … was that a thing that happened at your high school because I have never been mistaken for a Becky.

I mean, all we have to do next is get Facebook to stop arguing with me when I tell them that this is my name, you guys.

Anshuman: What does it say about us (“”us””) that the most laudable gesture a service can offer is simple acknowledgement of our existence?

Scaachi: Do you remember when I was talking to you about that billboard that faces the subway stop in front of our office? And how it changes every few weeks and every time it does, it’s always got the face of a white person on it? Like for the last two years I’ve been getting off at King Station, it has been a Big White Face.

This wasn’t a huge ask, but poll a random sampling of White Internet about, idk, a timeline for more inclusive emoji and we were, until verrrry recently, laughed out of the thread.

Anshuman: Burdened by the immeasurable weight of the world White Face.

Scaachi: But for people who were, say, raised by it like myself, and maybe you, it’s a big deal to be represented in something that people use every day.

Scaachi: Some of the white faces were okay, but throw in one brown lady once every two years.

Anshuman: Is that too much?

Inclusion is normalizing, no question. Just having other faces as a thing someone has to roll their eyes and scroll past is progress! Maybe!

Scaachi: This may be tangential but I’ve wondered if people using reaction gifs has partly been a response to so much whiteness, since so many of those gifs are of women of colour, you know? Like the women on The Real Housewives of Atlanta. It’s not really a direct representation but it’s literally the closest any of us were getting.

Anshuman: Yeah, I wonder if there isn’t a performative level of gif [insert skintone] face. The way any response is charged with an elemental meaning when it’s in the guise of a voice culturally coded as “other.”

How will this affect the great American cultural form of Turning Rap Lyrics to Emoji? Like, how is that not the quirky ukulele cover of our time?

Scaachi: Maybe I am outing myself as an Old but is that a thing we were doing?

I guess it depends on how you use them because I generally use emoji when i have literally nothing else to say.

Anshuman: Will there be an abrogation of new emoji over time? Artisanal Stalwarts holding on to the Queen’s Emoji? I mean, part of their success is that the images are inherently static, resistant to change. So it’s how we imbue it with new meanings that give it power right? Hard to believe there was a time before Eggplant Friday.

just gets me, you know?

All of this highlights how detached we are from any sort of recognition of an other, at least against a glass screen. Like, I can’t wait to see one of my white friends (ilu) (really) drop brown

for reasons I can’t articulate just yet.

Scaachi: Maybe you need new friends if they are texting you anything about “brunch squad.”

But I guess that’s the other side of being represented in something like this is that other people will use it to represent you. It isn’t always flattering or accurate or acceptable and can be extremely weird for the person being characterized as (and this will soon be my favourite emoji) brown Santa.

But then again, I wonder how deeply we really need to think about this because, of course, these are emojis and not real pictures.

But then again, I think about Disney characters who are not white and not blue-eyed and I feel warm.

Anshuman: I feel it’s important because a) they broadened the scope of an emerging language, whether or not people see it that way idk, idc, and b) this is one of the first times (I can think of) where a large corporate entity has done something, anything, for a market they’ve historically deemed too unimportant to address.

… Then again, Cook et al. must see India and China with McDuck

Scaachi: But at least they’re acknowledging the presence of not-white tech users. Which, again, has taken them way, way too long to figure out.

As if everyone who uses an Apple product looks like Jesse Eisenberg.

(Who is the whitest person I can think of right now.)

(Who would have been better?)

(Rob Lowe is pretty white but I like his mouth.)

Anshuman: Isn’t that a scathing indictment of the industry? When I was a tech reporter, by far the most frustrating argument I’d hear parroted over and over and over again was how code was inherently apolitical, divorced from the reality that a certain experience informs the people who make the code and decide its usage. Emoji is wed to Unicode, the global standard for how text is presented—that’s where its universal adoption comes from, right? So to think of an external, overtly tech-focused body determining what makes the cut for a language on the grounds of whether there’s value in deploying the code behind it…

Scaachi: Well, I don’t believe any argument that starts with, “THIS HAS NO CONTEXT” because nothing in the world anywhere is devoid of context.

Also should I be using more emojis in this talk? I’m just now realizing how rarely I use them when I’m not being sarcastic or bored or mean.

Scaachi: See, now, would you use that brown hand now? Or have we made it weird because we’ve talked about it too much.

Scaachi: Speaking of, did they add a brown hand nail painting emoji?

Because I need that.

Scaachi: Is that…do you agree with me or what is happening here.

Scaachi: Should we end this by speaking exclusively in emoji?

SEE, NOTHING GOOD COMES FROM THAT.

Scaachi: Is the eggplant sex? 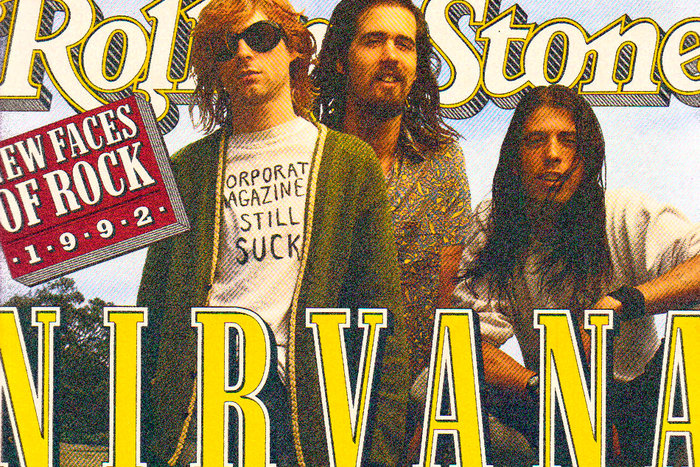 Culture
What If Grunge Never Happened?
An alternate history. 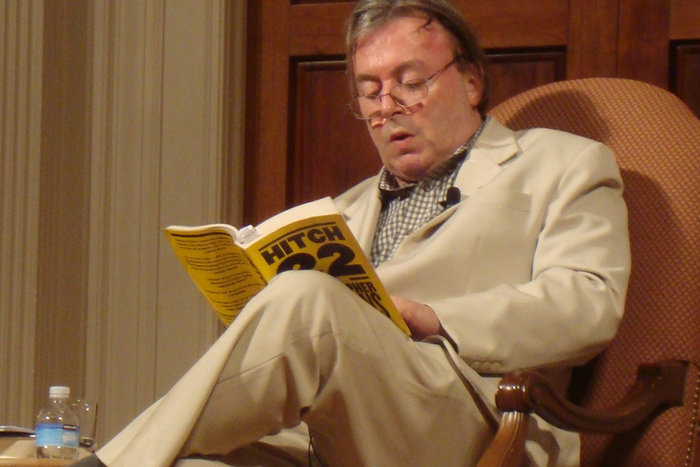 Studies Show
Are Atheists Angrier Than Everyone Else?
On the pervasive stereotype of the militant non-believer.

'Every Manner of Horror is Just a Google Search Away'
Dashiel Carrera, Michael J. Seidlinger
The Year in Medieval Erotics
Jacqui Cornetta