The Web as a Lesson in the Limits of Freedom

Freedom, sweet freedom. That was what the Internet was supposed to be about wasn’t it? Everyone from Nicholas Negroponte to Mark Zuckerberg agreed: Online, anyone could be famous, anyone could say anything, and everything would be at your fingertips. It was going to be glorious.

It’s an idea and an ideal that’s becoming increasingly hard to believe—or want. Last week, two things happened that have not only undercut cyberutopian dreams, but have also cast serious doubt on whether “freedom” is a particularly noble goal at all.

Firstly, Gawker’s Adrian Chen blew apart the insidious underbelly of social news site Reddit. Some subsections of Reddit were dedicated to charming things like posting pics of surreptitiously photographed women or underaged girls. In a must-read piece, Chen tracked down the once-anonymous moderator called ‘Violentacrez’ who enabled and encouraged much of this activity and found that he was in fact Michael Brutsch, a middle-age white guy who believed that what he was doing was simply “free speech.”

Secondly, Alexis Madrigal at The Atlantic suggested that, though we tend to think that social sites like Twitter and Facebook dominate the direction of online traffic, in fact what is equally important is the “dark social:” the term Madrigal gave to sharing that is hidden from public tracking, like passing on links in emails, instant messaging etc. Rather than social media, we often still rely on private sharing as a way of connecting with each other on the Internet. Importantly, though, as the Atlantic editor notes, with social media “we’re exchanging our personal data in exchange for the ability to publish and archive a record of our sharing.”

Here we have the two sacred cows of internet proselytisers—free speech and the free market—cast in stark relief. Reddit, which has become so important that Barack Obama recently fielded some questions there, is built around the idea that people can say whatever they want. Similarly, Facebook often stands for the remarkable potential of the web for entrepreneurs, and by extension, everyone else. A website literally started in a dorm room at Harvard now has one billion users.

And though it’s always been true, you’d now have to be entirely oblivious to not see how each of those ideals has a dark side. Great swaths of Reddit and people in general still believe the now thoroughly critiqued lie that free speech involves saying whatever you want. That perspective, as it has always been, is a mask for the privileged to assert the very power that allows them to speak in the first place. Reddit’s vociferous response to the outing of Violentacrez displays the deeply harmful blind spot of the free-speech ethic: the effects of people’s actions on others are not a concern.

In a similar vein, the libertarian “choose-your-own-adventure” ethos of the techno-chattering classes is sharply undercut by Madrigal’s insight about social media. The structures with which we are presented not only shape our behaviour, but put our practices to ends we may not desire or even be aware of. As we are told endlessly that social media is all about authenticity and self-expression, the data shows something else. When sharing is a record of our likes, reading habits and connections—i.e. the basis of marketing—our online life and our identities as consumers become inextricable. This is the unavoidable present of the internet: a structure in which the individual is always subject to forces at odds with the rhetoric of the web’s most ardent defenders.

It is nonetheless vital to keep in mind that one view of technology does not cancel out the other. It is always both things at the same time: free speech and harassment, the choice of the free market and exploitation. The point is not that new technology, anonymity or social media is simply bad, or even that once-pure ideals are now corrupted.

Quite to the contrary, the point is that any structure so shot through with the ideals of democracy and capitalism was always bound to do these things: to exacerbate the harassment of the vulnerable and concentrate power amongst wealthy entities like corporations, just as it would expand the possibilities for expression, learning and commerce.

But strangely, what the Internet has done a great job of revealing in the last week is that the freedom we so valorize—the same freedom that underpins real progress like advances in human rights—is the same concept by which people’s lives are also made worse.

It is “freedom,” after all, that tells racial minorities that their poverty is their own fault. It is freedom that encourages the idea that “she shouldn’t have dressed like that.” It is freedom that makes the rich tell the poor they simply need to work harder, systemic injustices be damned. And it is the discourse of freedom that allows these ideas to be propagated online under a view of liberty that only focuses on one half of an equation—the other side of which is the fundamental material fact of inequality.

So here we are at the limits of what a certain ideology can do, on a medium that best crystallizes how that ideology works, for better and worse. The concepts on which western liberal democracies were founded are responsible for immense, almost incomprehensible change, much of which is inarguably and self-evidently good. But they are now being used to defend practices and beliefs that are just as self-evidently bad, whether discrimination and hatred hidden under the banner of ‘equality,’ or the corporatization of all spaces regardless of public good.

What Chen and Madrigal have helped make clear (once again) is that simply making things free isn’t enough. Creating a space for something like ‘freedom’ to flourish means enforcing oddly anti-freedom-sounding things: limits, rules, regulations, and consequence. That is one, immediate option to combat this false argument about unfettered freedom online. But much more terrifying and hopeful, this paradoxical sitiuation could mean something quite different: that the example of the web will show us that the system that has served us so well for so long is now, finally, on the wane—and that it is time for a way of doing things that is radically, almost unthinkably new. 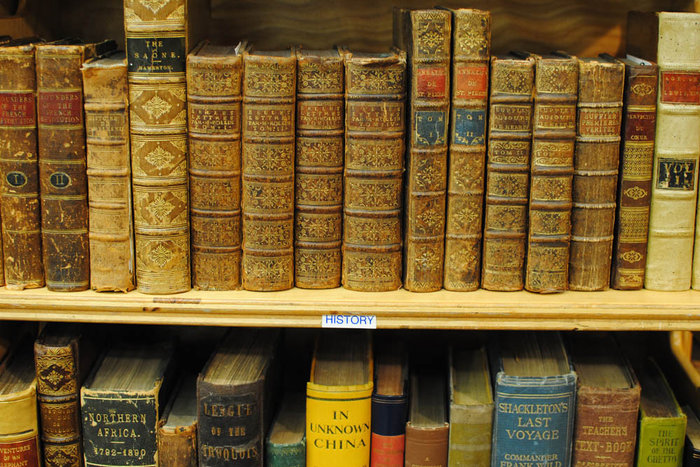