The Unshareable Experience: What Anthony Bourdain Missed in Punjab 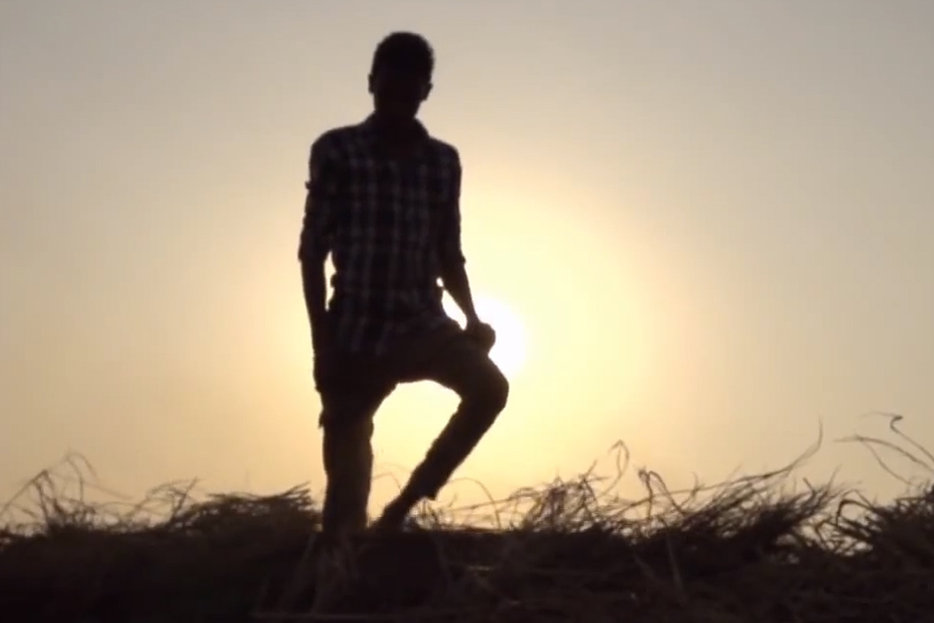 When the historians of Punjab next gather to write the history of that proud people, they will have to include a new warrior king in the annals: Anthony Bourdain. After all, when Bourdain’s Parts Unknown series kicked off its newest season with a visit to the North Indian state, it united the Punjabi diaspora like few things before it.

I may be exaggerating, but by less than you might imagine. Bourdain’s show created an unmistakable buzz amongst Punjabis in North America. Twitter, Facebook, and WhatsApp conversations lit up in pre-show anticipation and post-show analysis. And could you blame us? Instead of the usual generic vision of India, here, finally, was Punjab itself: its rural roads, its Golden Temple, its boisterous sounds, its dhaba roadside restaurants.

It was a curious thing, though, that among the excited audience were so many second- and third-generation Punjabis like myself: born and raised in the West, and familiar with “both” cultures. If on the one hand Bourdain’s show depicted the place that, through myth and travel and storytelling, has become part of my identity, my lived cultural experience was missing as much from Bourdain’s depiction of Punjab as it is from lily-white soap operas or procedurals on CBS. It was one more example of how, for so many children of immigrants, we are haunted by a question: where are those of us whose cultural identity exists “in between” supposed to find ourselves reflected?

In large part, the excitement around Bourdain’s jaunt came from the sheer novelty of it all. My non-Indian friends might have a vague sense of a thing called “Indian culture,” or know someone who wears a turban. But that Punjab is a place with its own distinct language, culture, and history is something Punjabis have to explain frequently. To be a small minority amongst a larger one is to always live fending off layers of stereotypes, stemming not just from a broader culture unfamiliar to some of your peers, but an unawareness of the subtlety and shades contained therein.

Anthony Bourdain shocked by this in Punjab, India

Bourdain’s show didn’t do a perfect job at conveying that complexity. Far from it, actually: it ignored the Punjab’s rich culinary and artistic tapestry in favour of a fetishization of the recent colonial past. Yet it seemed to hardly matter, because what we all want is to see ourselves reflected in the public sphere. And in this instance, rather than being shunted off to the side, or simply not existing in public at all, here we Punjabis were in the “mainstream.” After all: This. Was. CNN.

It’s as if one feels legitimated by appearing as part of the shared imagination that is “the media.” As Junot Diaz put it, to grow up as a minority is to be like a vampire: only monsters and the weird have no reflection, and neither do you. You’re left thinking that “society seems to think that people like me don’t exist.”

Representation matters. It matters because of the circuitous relationship between an outside and an inside—because of the way in which we form our identities in relation to the array of options we see “out there.” All the same, if it was strangely gratifying to see this mythic place on TV, it was also a reminder that this wasn’t a reflection of me, either. The things that are fundamental to my life—the flitting back and forth between languages; the tension between cultural perspectives; those rare times it all fits together—were missing. Seeing Punjab on TV warmed my heart, but it was half of who I am, like looking at yourself in a cracked mirror and only seeing one side of your face.

Those old clichés about the conflict of the immigrant identity may be tired, but they aren’t any less true. Drill down into what comprises culture—say, what people think of the individual, or what familial responsibility looks like—and those familiar, irresolvable tensions are still there.

As such, to be the child of immigrants is to feel as if one is moving toward a kind of reconciliation. Sure, right now, it may sometimes feel impossible to find a neat, happy mid-point between two swirling cultures, themselves always in flux. But in the virtual future, those things will finally meet—will finally, at least in one’s imagination, fit together perfectly, a fiendishly hard puzzle triumphantly solved. Maybe it’s that receding sense of the thing-to-come that makes seeing oneself in art and entertainment so important: if aesthetics can show us the things that are possible but not yet true, maybe it’s there we can best see ourselves as we wish to be.

That’s the feeling I’ve at least been left with as, over the last two or three years, I’ve immersed myself in Coke Studio Pakistan. As a fusion music series sponsored by an American multinational, you’d expect it to be terrible—yet, the exact opposite is true. Led by music director Rohail Hyatt, the show has, over its six seasons, managed to meld modern and ancient South Asian sounds with influences from the contemporary West to remarkable effect.

All too often, fusion music falls flat. Either one aesthetic is completely consumed by another (as in this awful Priyanka Chopra and Pitbull single “Exotic“), or conversely, in an attempt to please everyone, it turns into the kind of vapid treacle peddled as “World Music.”

Coke Studio has been so successful both critically and among the viewing public because it has eschewed a mushy middle ground for something altogether more aggressive: a sound that excludes outsiders, or, at least, some of them. What is perhaps most interesting about Coke Studio, and so alluring to second-generation immigrants like me, is that it hasn’t quite excluded us. Quite to the contrary, it often feels like Coke Studio works because it’s exactly us—those of us whose emotional relationship to sound and language straddles both sides of the equation—who are the ideal audience.

Consider the way in which “Jogi” turns a bog-standard religious song into an almost danceable, jazzy remake, replete with classical Indian vocals. Close your eyes and listen to Meesha Shafi’s “Chori Chori,” and the timeline of influence between British trip-hop and South Asian singing becomes impossible to unravel. Yet, neither is Coke Studio a simple question of “Westernization.” Fareed Ayaz and Abu Muhammed’s take on the Sufi form of qawaali in “Mori Bangri” is soaring, ecstatic—but also likely baffling to newcomers, its aural textures and repetition foreign to Western audiences. Underpinning the whole thing is, of course, the question of language, and the fact that most of Coke Studio is sung in Urdu, Punjabi, and other tongues of the subcontinent.

This is music that not only requests, but demands knowledge of more than one world. And if Anthony Bourdain’s visit to Punjab was almost like relief—that finally, here was something of me on the public Western stage—Coke Studio is something quite different. Strangely, through its very illegibility to those not like me—its impenetrability to those who don’t share my cultural backgrounds—it seems to get an ineffable something about being hybrid that Bourdain’s fractured view of Punjab just cannot.

How can this be, though? How is it that one can crave the shared experience of representation and yet feel most at home with what is not shared? Probably because nothing else so speaks to the immigrant experience like these gaps and blanks, and the fact that life is always, at best, moments of being incomplete, forever unreconciled. It is, to borrow a line from Rabindranath Tagore, about the difference between the home and the world—an often-private cultural experience that remains somehow closed off from one’s public one.

These contradictions, though, produce a kind of yearning for an eventual resolution. And if immigrant identity always looks to the thing-to-come, then maybe it’s in the perfect fusion that never quite arrives that one most feels most comfortable.

That certainly seems to be the case with “Miyan ki Malhaar,” a complex, deeply weird take on an Indian raag for the rainy season that manages to be both stunning success and absurd failure all at once. Somehow, an ethereal, groove-driven intro from Ayesha Omar gives way to a quiet improvisational piece from Fariha Parvez, which then erupts into—there’s really no other word for it—a cock-rock outro, replete with a “shredding” guitar solo from Faraz Anwar, which is itself accompanied by classical singing from Rustam Fateh Ali Khan.

It is simultaneously a cacophonic mess and a bit of fusion genius. It’s as if the song hovers on the edge of being perfect, but never quite reaches it, as the conflicting cultural senses of “what is good” never quite align. And if Coke Studio assumes the hybrid listener is its perfect audience, this song pushes that desire past its limit into a space where, in one person, an affinity for eighties rock, groove, pop, and classical Indian are all meant to meet—but fall ever so slightly short of that noble goal.

“Miyan ki Malhaar” is like Coke Studio in miniature, and like the immigrant experience, too. It is an impossible thing to neatly understand, impossible to unambivalently enjoy, and impossible to not be swallowed whole by. At its end, it insists that you choose: either music is a universal language that we all speak, or some things demand cultural fluency. But it’s impossible to say on which side of the debate “Miyan ki Malhaar” falls. It is the thing that simply doesn’t fit.

Yet, for reasons for which there aren’t quite words, it is exactly that space within which I—we, us—feel most at home. To see oneself reflected is always a virtual thing, at least if we take “virtual” to forever imply a dichotomy between an assumed real and an imaginary projection out there. Perhaps a virtual resolution can only be found in virtuality itself, in art—in the thing that is not quite real, and not yet here, but all the more profound for that very fact. And if seeing Punjab on the screen felt gratifying, like being recognized after a lifetime of being ignored, then Coke Studio, even with its flaws, seems to hold even more promise. After all, instead of looking back to an identity that cannot be reclaimed, for those of us who exist “in between,” it looks forward: that in the imaginative space of art, there is a time in which the irreconcilable differences of being hybrid are eventually, finally resolved. 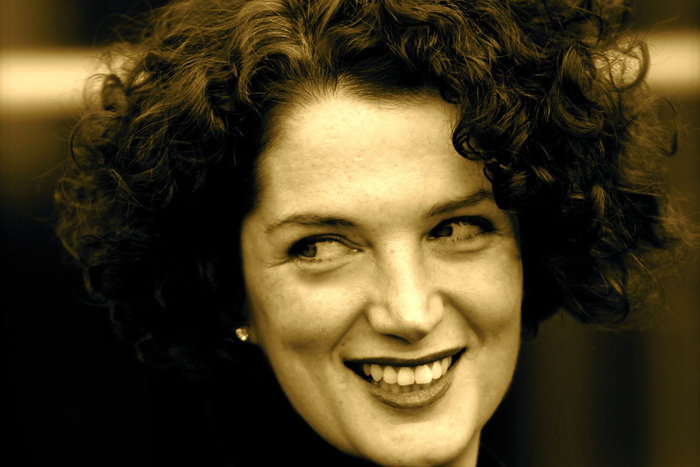 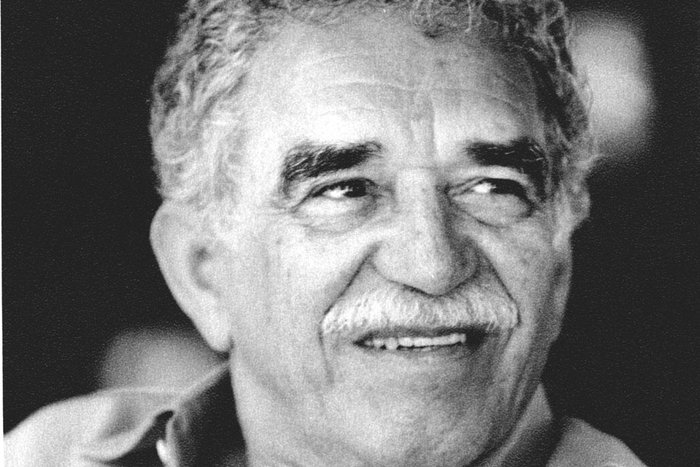