Ukraine is Not Russia, But Crimea May Not Be Ukraine, Either 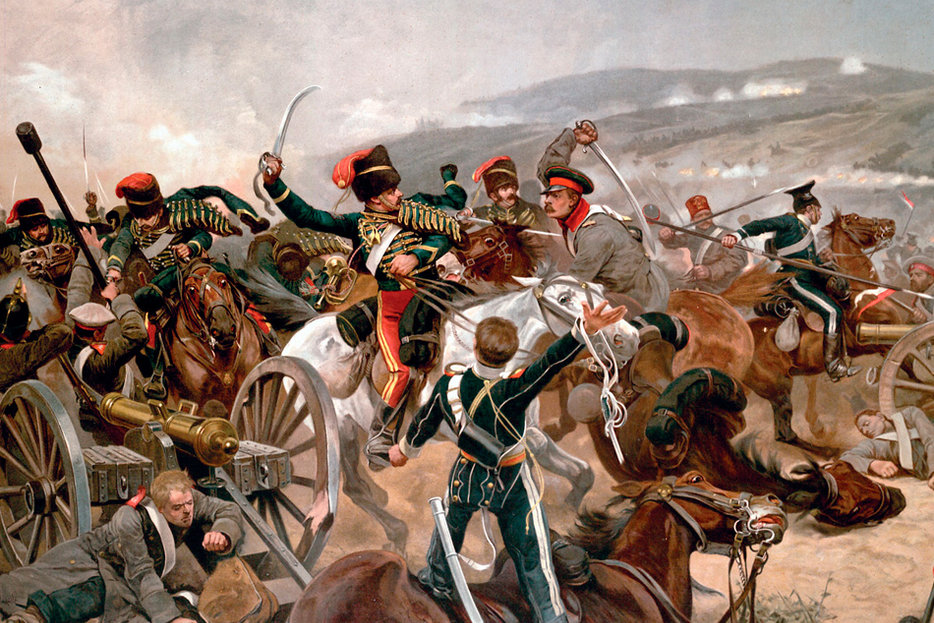 I hate to say this, especially after Sochi, but what if Russia isn’t the villain in Ukraine? What if they’re actually just using their military strength to clean up some of the messiness that’s been lying around since the sloppy break-up of the Soviet Union? Sure, that messiness was largely due to the empire-building Soviets, who bulldozed an extraordinarily diverse part of the globe with which we’re only now getting reacquainted. But the questions are fundamental ones, pitting practical administration against Woodrow Wilson’s notepad notion of self-determination against the backdrop of histories that make no clear case.

Crimea, which has moved to the centre of the present conflict, has been batted about by history as much as anywhere. It was dominated by the descendants of the Golden Horde, the Tatars, from the 13th century, who declared it an independent state in 1441. But by 1944, their numbers had dwindled to just 179,000, and Stalin decided to wipe the slate by expelling all of them to Kazakhstan and Uzbekistan. Two thirds of them died in transit, meaning that by the time they were allowed back in 23 years ago, Stalin’s plan had worked, and they were no longer a force.

But during all that time, Crimea was a fiercely independent force, though as part of the Ottoman Empire, choosing sides as it saw fit. In 1482, for instance, it sided with what was then the principality of Muscovy and, together, sacked Kiev. In 1648, it sided with the Ukrainians to fight Poland, but when it looked as if they were going to win, giving Ukraine too much power for little Crimea’s liking, the Crimeans withdrew their support and plundered Ukraine as they crossed it on their way home. Thirty years later, they united with Ukraine again against a Muscovy-Polish alliance that targeted them both, but by 1711, the Crimeans were once again laying waste to Ukraine. In an early example of fool-me-once statecraft, this was the last time Ukraine tried to make nice with Tatar Crimea.

And so it stood between Crimea and Ukraine—with Crimea briefly becoming its own Soviet republic alongside Ukraine in 1921—until 1954, when Khrushchev fobbed Crimea off on the Soviet Republic of Ukraine. According to Marko Stech, a lecturer in Ukraine Studies at York University who went through much of this history with me (and is project manager of a 12-volume history of Ukraine, executive director of the Ukraine Studies Press, and the man behind the Encyclopedia of Ukraine online), Khrushchev wanted to get the devastated and dysfunctional post-war Crimea off Moscow’s books.

So, 1954, then—60 years since Crimea became part of Ukraine. That’s enough time for a couple of generations to have known no other way of life, but how strong is that link? There are some who say Ukraine itself is an idea of a nation that never really coalesced, but these, as Julia Ioffe indicated in a recent New Republic piece, are people who grew up with Ukraine as an especially Russian kind of Soviet republic. If you look back, though—way back—Ukraine has at least as much substance as Russia, and possibly more.

For instance, Putin and others have made language an issue in the current Crimean crisis; they are, they say, protecting the rights of Russian and Russian-speaking people. But if you go back to the 9th century, when Russia didn’t exist and those who pledged fealty to the duchy that eventually became Russia spoke a version of Finno-Ugric, Ukrainians spoke a proto-Slavic. So, when Saints Methodius and Cyril concocted what’s now known as Old Church Slavonic out of what was then standard Bulgarian and it spread across the region, Ukrainians were ready, adapting their related language to the new one, and coming up with a hybrid that became their own. The proto-Russians, though, had to chuck their old language completely, and adopted Old Church Slavonic more or less wholesale, making them late to the Slavic party. So if you want to talk about synthetic nations versus authentic ones, well, Ukraine is going to win that one. They’ve been a people united by language and culture far longer than the Russians.

Let’s not, then, make this an existential debate about Ukraine. Ukraine is Ukraine, despite its relatively unsuccessful military history. But Crimea is something different. Crimea is Ukraine in living memory, but not before, making the current scuffle as much a generational question as an historical one. For those born in the ‘60s and before, Crimea is a new kid on the Ukrainian block, stuck on for economic and administrative reasons. It’s also useful, of course, for its beaches and naval strategic significance. But for those born in the 1980s and after, Crimea has been Ukrainian as long as they’ve had a notion of what Ukraine is. Sure, they will have read about the Tatars and the Soviets, but for them, one’s as historical as the other.

One of the more painful signs of aging is running into kids who place the era of your youth in the same category as something you consider genuinely historical, like the stuff that happened when your parents were young. But that’s how it works, and that’s how it’s working in Crimea, and maybe across Ukraine now. As a result of what’s known in Ukraine as Holodomor, and in the rest of the world as Stalin’s experiment in depopulation by famine that killed at least 4 million Ukrainians in 1932 and 1933, there’s a sort of sucking sound where our baby boom happened; not so many of them, but quite a few of the new kids. But then, this is all happening a little early for the new kids—most of them aren’t in power yet, meaning the important decisions will be made by people with a radically different notion of Ukraine than the generation that will come of age in about 15 minutes. So, stay tuned.

In a Canadian context, it would be tempting to compare this situation to that of Quebec—according to Stech, you’d be hard-pressed to find someone in Crimea who speaks fluent Ukrainian—except Quebec’s been part of this country since it became a country, and part of the idea of this country for a good deal longer than that. You might find a closer analog with West Bengal, but really, the ex-Soviet region is its own unique ecosystem; its geopolitical lava hasn’t quite cooled, and no one knows what shape it’ll be in when it does.

As I write this, it’s not clear whether Russia wants Crimea for itself, or for it to be an aligned but ostensibly independent state. There’s a good chance it will, in the short term, turn into something like South Ossetia, which Georgia claimed in the independence scramble that followed the Soviet fall, but which has very little to do with the rest of the country, speaking an Iranic language, as they do (and which now sits in a purgatorial stasis, claimed by Georgia, recognized as its own state only by Russia, Venezuela, Nicaragua, Tuvalu and Nauru). One hears Lithuania, which only barely escaped being part of Poland in 1919 in Versailles, is upping its defences. And what of Belarus? What if its thus-far staunchly pro-Russian government takes a turn? Will pro-Russian bits of it be subject to the same protective militancy from the former Duchy of Muscovy?

The template for anti-Russian sentiment in our part of the world is the easiest sell there is. The Cold War made sure of that. But we’d be foolish to think that the ad hoc borders drawn in the 1990s were there to stay, any more than they were after the rough drafts of 1919. Of course Russia wants to extend its influence, just as the US does, but as long as it’s not going around annexing places like a latter-day Germany, maybe it makes some sense that they’d be the ones to police the region’s scattershot post-1991 fallout.

Image of The Relief of the Light Brigade via 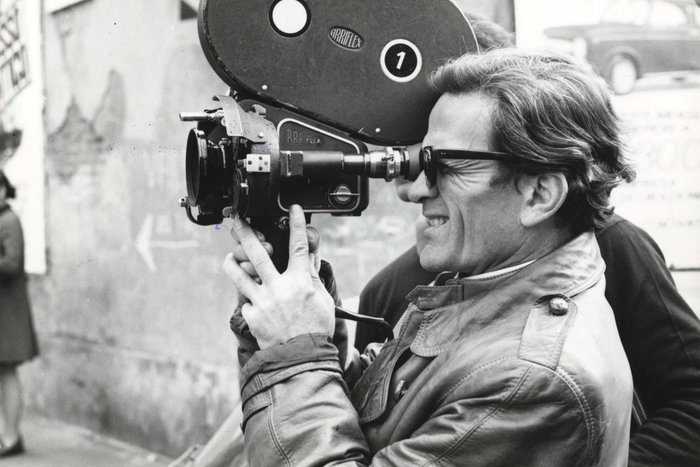 Film
The Omnivore: Sex in the Films of Pier Paolo Pasolini 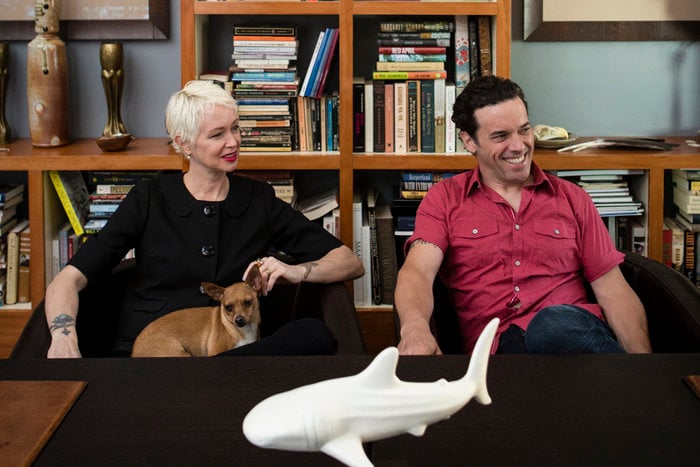 Shelf Esteem
Joseph and Amanda On the Corner