There’s No Apologizing to the Dead: On the Arrest of Gerry Adams 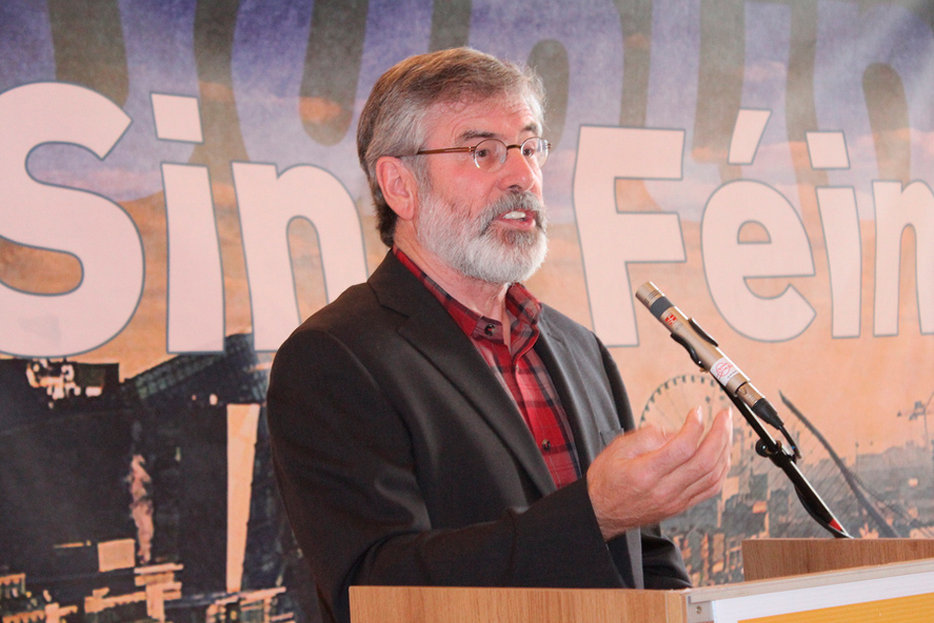 History is a stain. Gerry Adams knows this; his life is founded in the fact. The streets of Belfast, clean and commercial as they are now, are a testament in concrete to the blood crimes committed during the Battle of the Boyne, fought by the side of the short highway between there and Dublin, that left no one unaffected.

I was in a small town in Northern Ireland last year with a Canadian friend and our guide, Jimmy. One evening, ambling about looking for a place to have a pint, Jimmy suggested a big, raucous chain pub. We pointed instead to one across the street—small, low-ceilinged, crowded, but music-free. “Ah, you know what?” he said, and I paraphrase, “I’m knackered. I’ll see you in the morning.” I still don’t know whether he was Catholic or Protestant, and after spending the night in the pub, I couldn’t tell what kind it was, either. But it was the wrong kind, and Jimmy wasn’t setting foot inside.

After a couple of pints—and making my friend nervous by talking rather loudly about how hot, on average, Northern Irish men were—we noticed a young and markedly attractive woman sitting by herself at a nearby table. Within a couple of minutes, so did one of those hot Northern Irish men. He sat down, affably, and started to chat. After saying some average-sounding stuff about not having seen her around before, he uttered a line I’ve heard dozens of times, in different circumstances: “Who’s yer daddy?”

He remained affable, but it was clear: he was trying to place her before he went any further. So she told him; he hadn’t heard of him. “Who’s yer mother?” he tried. He had heard of her—she was the friend of a woman who worked at a shop he knew. And so, the chatting-up continued.

Jimmy later insisted it was unlikely he was trying to find out if she were the right tribe or not. But there are tribes within tribes, people who did right during the troubles, and people who didn’t. Now, these two were young—probably six or seven when the Good Friday Agreement was signed. He may have had questions about her lineage for any number of reasons—to make sure they weren’t related, or that he hadn’t knocked up her sister already—but in Northern Ireland, who your daddy or mother remains tinged by other things.

Helen McKendry’s mother was Jean McConville, a Catholic and a widow already in 1972, with 10 children, when she was suspected of informing on the IRA. She was taken from her home, in front of Helen and her siblings, and wasn’t seen again until 2003, when her body was finally found on a beach.

The IRA had already admitted to killing her, and it’s since been established she almost certainly wasn’t, in fact, an informer. But in 1972—during what both sides insisted was a war, rather than an extended series of viscerally venal attacks of bigotry with the British army a convenient catalyst—Gerry Adams and Martin McGuinness were twentysomething bosses in the IRA. McGuinness is now First Minister of Northern Ireland, and Gerry Adams, leader of McGuinness’ party, Sinn Féin, is in custody, arrested Wednesday for questioning in the murder of Jean McConville.

If it were a war, then perhaps the murder wasn’t a murder, but a justified military killing. Except she wasn’t just killed—she was disappeared. And that, even in the context of war, is a crime. Adams, who had been in talks with the Police Service of Northern Ireland for about a month, apparently, said a few things before turning himself in to the Antrim station, including: “While I have never disassociated myself from the IRA and I never will, I am innocent of any part in the abduction, killing or burial of Mrs. McConville.”

The author David Park wrote about something almost exactly like what Adams is facing now—you could say it was prescient if it weren’t also inevitable—in his 2008 novel The Truth Commissioner. It’s about a near future, in which a truth and reconciliation commission is set up to deal, South Africa-style, with the nation’s immediate past. But the modern history of Northern Ireland is more complicated than most, an entire population implicated, culpable, martyred, outraged, or all of the above. As novelist (and Sinead’s brother) Joseph O’Connor wrote in his review of the book, “Can the dead be apologised to? Who is to forgive? Aren’t justice and reconciliation incompatible?”

One of the book’s chief glories is the way in which it deals with guilt and good intentions, with the need for evolution, and the impossibility of separating what we were from what we are. Its secondary pleasure is the way in which Park portrays every character as having career- and life-destroying dirt on every other, and the unspoken overpowering words of all speech, political and otherwise, forming a palimpsest known in part by most but in total by none.

South Africa is the obvious model: after the sanctification of Mandela, it’s easy to say, Well, he was a terrorist-turned-statesman, too, so why not in Ireland? But read Mandela’s autobiography; hear him take heavy-hearted responsibility for the orders he admitted he gave that directly resulted in death. He doesn’t say it wasn’t necessary, but he does say it was wrong. No one’s going to confuse Adams for Mandela, but he could take a hint or two. Maybe a truth and reconciliation commission for Northern Ireland isn’t a terrible idea, even if, as South Africa proves, it doesn’t change things that much.

The Good Friday Agreement was remarkable, the equivalent of a Middle East peace deal, and as apparently unlikely. Drafting new leaders from among the old sectarian ones was as stupid as it was probably necessary, though, in an only-Nixon-could-go-to-China sort of way. Leaders, after all don’t grow on trees—they are trees, their roots in the muck, their branches in the air, reaching, never grasping. As Yeats once wrote, in a poem O’Connor referenced in his Truth Commissioner review, “Are you the leaf, the blossom or the bole?”

Yeats was 63 and a statesman himself when he published that, lamenting life, history, all of it as “self-born mockers of man’s enterprise.” Adams is 65. He wasn’t called in at random after all these years: a court case in the U.S. has unsealed some interviews given to a university archive, recorded with the understanding they wouldn’t be released until after the interviewees’ deaths. This comes after accusations made by IRA leader Brendan Hughes in 2008 and Old Bailey bomber Dolours Price on her deathbed in 2013. It’s not a stretch to imagine McGuinness’ name is in there, too.

For now, Adams is still in custody, and his deputy leader has dismissed the whole thing as “political.” Soon he’ll be out, and will be tried or not, and convicted or not. The dead will still be dead, their survivors will still hate, the killers will still maintain that special Northern Irish admixture of guilty and slippery and strident. Things change, but not because we change them. Adams and McGuinness are tainted, by their words and their presumed actions, as is Ian Paisley, ennobled in 2010 as Baron Bannside because of his affiliations. They’re statesmen now. The guns and bombs are mostly in the past. Peace and commerce have returned to the North. And Adams is dancing, Yeats-style, as fast as he can, which is all he can do. Because history is a stain; you can’t rub it off. 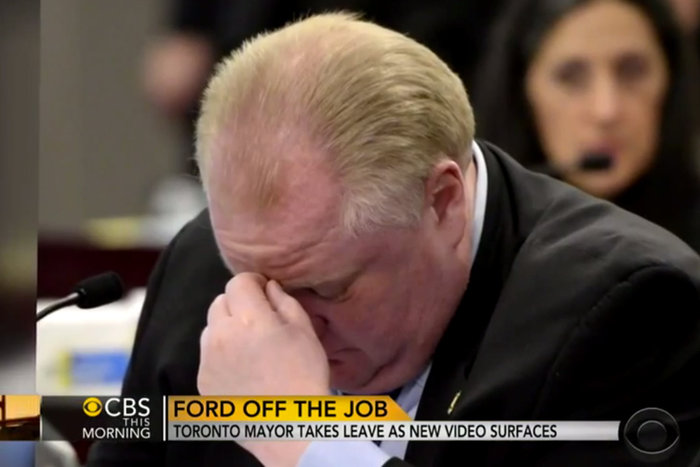 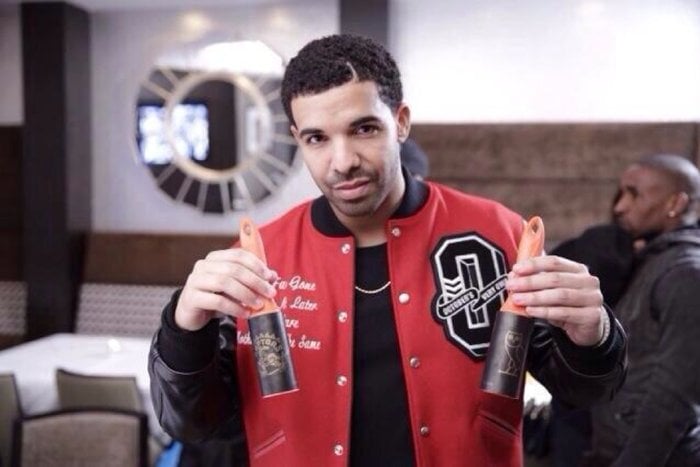