From Steinbeck to Cervantes: Confessing Our Literary Gaps

Sarah Galo is a writer in New Jersey, whose work has appeared in BuzzFeed, Guardian...

Elon Green is a writer in Port Washington, New York, whose work has appeared in The New... 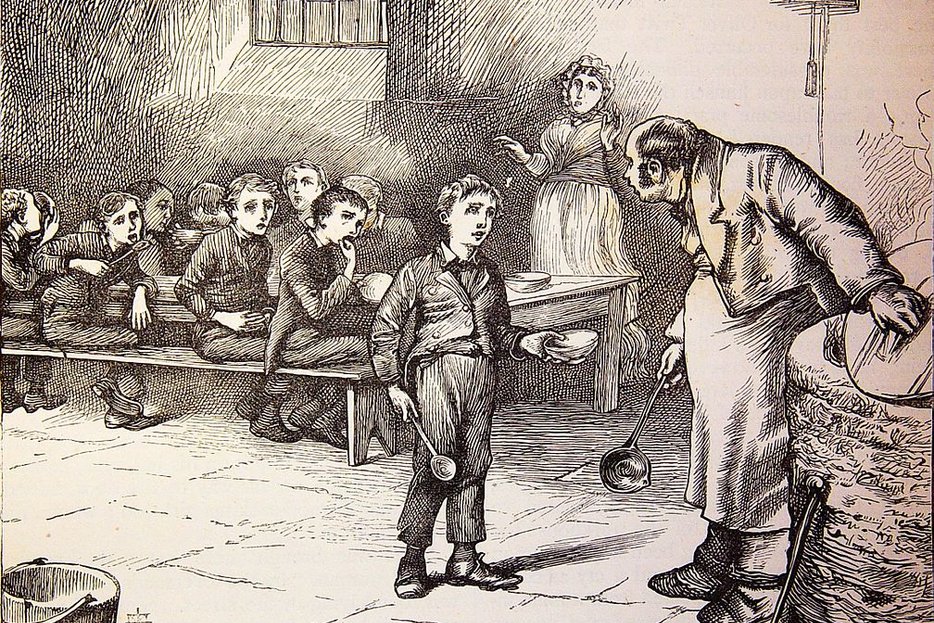 Recently, Ta-Nehisi Coates told a shocked interviewer that he hasn’t read To Kill A Mockingbird. “Half the stuff that interested me, my white peers have not read,” he said. “I am always surprised people are surprised that people haven’t read things.” The surprise is understandable. Finding out that terribly literate people have not read famous books is the nerd’s equivalent of, “Stars—They’re Just Like Us!”

This might explain our recently discovered mutual interest in what we’ve decided to call “literary gaps”: books that we by all rights ought to have read, but, for whatever reason, have not. Between the two of us, we’ve missed, among many classics, Jane Austen (dryness of language) and, until recently, Harry Potter (fundamentalist Christianity).

Our deficiencies are owed, as well, to our education—the respective institutions ignored some authors and discouraged others. But now, we find, the omissions are increasingly on us. Half this byline made an effort to diversify her reading: instead of classic texts by Ernest Hemingway or other white, male authors, she chooses to read more books by women, and people of color, such as Elena Ferrante’s Neapolitan novels and Junot Diaz’s The Brief Wondrous Life of Oscar Wao. The other half of the byline—by far the lazier half—is, with each passing year, simply less inclined to step out of his comfort zone (but damn it, he’s trying).

We should, perhaps, take comfort in Renata Adler’s battle with One Hundred Years of Solitude. She tried to read it twice, and kept crapping out about 150 pages in. “Then one day, I was just in the mood,” she says, and called it “such a masterpiece that I can’t get over it.” Sometimes, Adler says, the obstruction is not the book, but our state of mind.

Or, to put it more bluntly, it’s us, not it. It’s no fault of the author or the text; it’s on the reader. Alexander Chee noted that he has stayed away from another Marquez classic partly because of its popularity, which is the same reason half this byline avoids more recent books that have Twitter accounts and literary buzz: sometimes, it’s simply better to wait until the praise has ebbed so the book can be read amid the quiet of one’s own thoughts.

Anyway, we wondered about the secret gaps harbored by our favorite writers. So we asked if they’d share them with you and give a reason—or reasons—why a particular author or text remains unread.

Renata Adler, author of Speedboat: I’m so ashamed that I don’t even know if I want to say it. But I might as well. I have not been able to read Don Quixote.

I’ve tried again and again. I don’t get it! People who love it love it so. It’s agreed that it’s a classic and it obviously is a classic. But if I didn’t know that, I’d just … I just don’t get it.

Julie Klam, author of Friendkeeping: A Field Guide to the People You Love, Hate, and Can’t Live Without: The Hunger Games, and I’m only sort of aware that it’s a gap because of how often I hear myself say, “Oh I haven’t read it.”

A large percentage of the books I haven’t read are either because I haven’t gotten around to it (this includes numerous classics) or I consciously choose not to (like Fifty Shades of Gray—or The Bible). But with The Hunger Games, it’s something else. When my daughter turned nine, she had this sense that she was now “old.” She wanted to get her ears pierced and she wanted to read The Hunger Games. My ex-husband thought he should read it first, just in case, and when he finished he said it really wasn’t for her. I think she read a few pages anyway. But somehow when he said that, I felt like it wasn’t going to be for me either. I don’t know why. She’s almost 12 now and I think our Venn diagram of books we both liked overlapped in exactly one book (Tina Fey’s Bossypants!) But anyway, she never ended up reading it and neither did I. (And she let her pierced ears close up, too.)

Ben Yagoda, author of The B Side: What first comes to mind is the Joycean daily double of Ulysses and Finnegans Wake.

Sloth and weakness of will.

To be a little less flippant, in my younger days I was pretty big on American lit, both reading on my own and studying in college. Then, on the Brit-English side, I developed personal tastes and enthusiasms, including Dickens, Anthony Powell, Evelyn Waugh, K. Amis, and Drabble. Joyce fell through the cracks.

Celeste Ng, author of Everything I Never Told You: The biggest gap in my reading is probably Ulysses (I KNOW).

I have read parts of it but have never read it from start to finish. In part this is because of a college class I took on Modernism: the professor was a Joyce specialist, but he had us read Ulysses section by section over the course of the term, and not in consecutive order! So we’d read bits from the middle and then the end, and then a bit of the middle, then a bit of the beginning, and so on. (The professor had literally sliced up his copy of the book into chunks, so he didn’t have to carry the whole thing.)

Ulysses is a hard enough book to work through, and the non-consecutive reading did me in. But I recently read my friend Kevin Birmingham’s wonderful book The Most Dangerous Book, on the history of Ulysses’s publication, and I may have to try reading the novel again. In order, this time.

Sara Novic, author of Girl at War: A big reading gap for me is Steinbeck—The Grapes of Wrath and East of Eden.

I think because when I was about 12, we were down [at] the Jersey Shore and I had read through all the books I brought with me, so we went to a used bookstore and my dad suggested I read Of Mice and Men. I remember reading that book on the beach and bawling, and then for the rest of the week my dad would follow me around and blurt out, “Tell me about the rabbits, George!” and I’d get upset all over again. (He thought it was hilarious.) So then, whenever Steinbeck came up as reading option in English I’d always choose something else—I think I was a little scarred. It’s a beautiful book, though, so I really should read the rest of his novels!

Alexander Chee, author of The Queen of the Night (forthcoming): I don’t think there is just one but I would say, the biggest gap is probably Marquez’s Love In The Time of Cholera.

What accounts for it? Just that rush of people that descended on it back when I was the kind of person to retreat if something became popular. In some ways I’m still in retreat from them—like when you’re running from something well after the danger. It’s pretty immature of me, honestly, but I know it—and am about to read it this summer.

Lesléa Newman, author of Heather Has Two Mommies: The Well of Loneliness by Radclyffe Hall.

I know it’s a classic, but I hear it doesn’t end well and I just can’t bring myself to read it.

Sarai Walker, author of Dietland: I have a lot of gaps in my reading, so this certainly isn’t the only one, but there are major American male writers of the late 20th century whose work I am not really that familiar with—Pynchon, Roth, Updike.

When I was younger I read some of Updike’s short fiction, and in grad school I read Pynchon’s The Crying of Lot 49 (probably his shortest novel). I’ve also read one of Roth’s novels, but that’s it. It’s not as if I deliberately avoided their work, but it never really appealed to me.

He was in love with me and I wasn’t interested. He may have said something mean in the Times. Can’t we keep this out of the media, Elon? Why dredge up the past? It was widely reported at the time. Just leave it alone. Please.

Mac McClelland, journalist and author of Irritable Hearts: A PTSD Love Story: Funny you should ask though, because I was literally trying to make myself start reading one of them yesterday. It is: The Noonday Demon: An Atlas of Depression, by Andrew Solomon.

I’ve had it for years, and the one time I picked it up, I stopped reading it in the first paragraph, which is just about methodology. I guess I haven’t delved back in because I’m daunted by its density (569 pages) and by the way I should read it—more as a textbook, underlining and taking notes. But it’s absurd that I haven’t read it because it’s about an emotional disorder, and one that I 1. also wrote about in my most recent book, 2. was diagnosed with, and 3. in fact am writing a big feature about next month. I do plan to read the book in the future. I will read it very, very soon, goddamn it.

Dwight Garner, book critic for The New York Times: I’ve got a large, Charles Dickens-shaped hole in my reading life. I’ve read only Bleak House and chunks of a few other things. This is to my wife’s horror; she’s read all of Dickens, twice through.

Dickens was so omnipresent, when I was starting out as a reader, that he felt predigested—too safe and obvious for the progressive hipster reader I thought I was. I’m not sure I regret the reading decisions I made back then, but I’d welcome a chance plunge into Dickens now.

Mallory Ortberg, author of Texts from Jane Eyre: Literally anything by Leo Tolstoy, I have not read.

I feel like seeing all the Peanuts kids talking about having to read War and Peace for their first-grade class in the early part of the comic maybe turned me off? Also The Left Hand of Darkness, for no reason in particular. I have no plans to read either of these books, but I absolutely plan on continuing to pretend to have read The Left Hand of Darkness on the Internet.

Sarah Galo is a writer in New Jersey, whose work has appeared in BuzzFeed, Guardian US, and the New Republic, among other publications.

Elon Green is a writer in Port Washington, New York, whose work has appeared in The New Yorker, the New York Times, and the Atlantic. He can be reached at [email protected]. 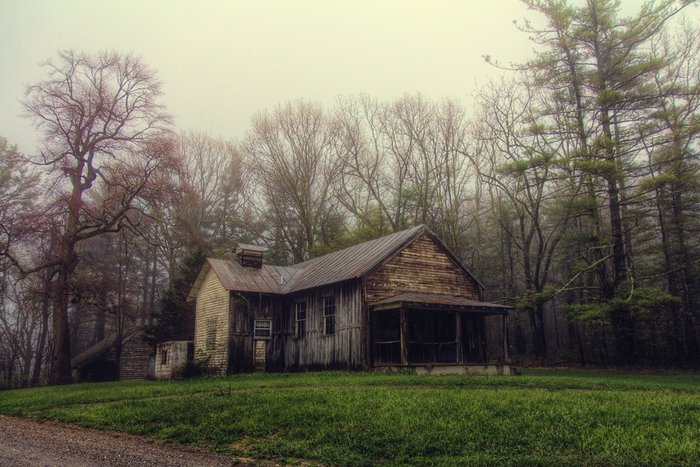 Special Presentation
The Broken Promise Pt. 1
David Harwood lost everything when his wife passed away. But as he adjusts to life back in his childhood home, he… 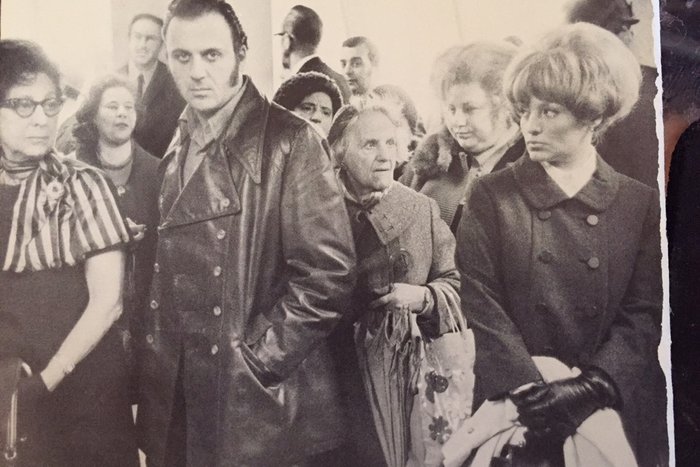 Crime
‘Why Can’t You Behave?’: Revisiting the Case of Alice Crimmins
Fifty years ago, Alice Crimmins’s children died, and she was the prime suspect. The trials that followed ensured…

A Brief History of the Clinch
Victoria Lessard
'Hope is an Elusive Quality': An Interview with John Irving
Haley Cullingham