The Small World of Surveillance Debates 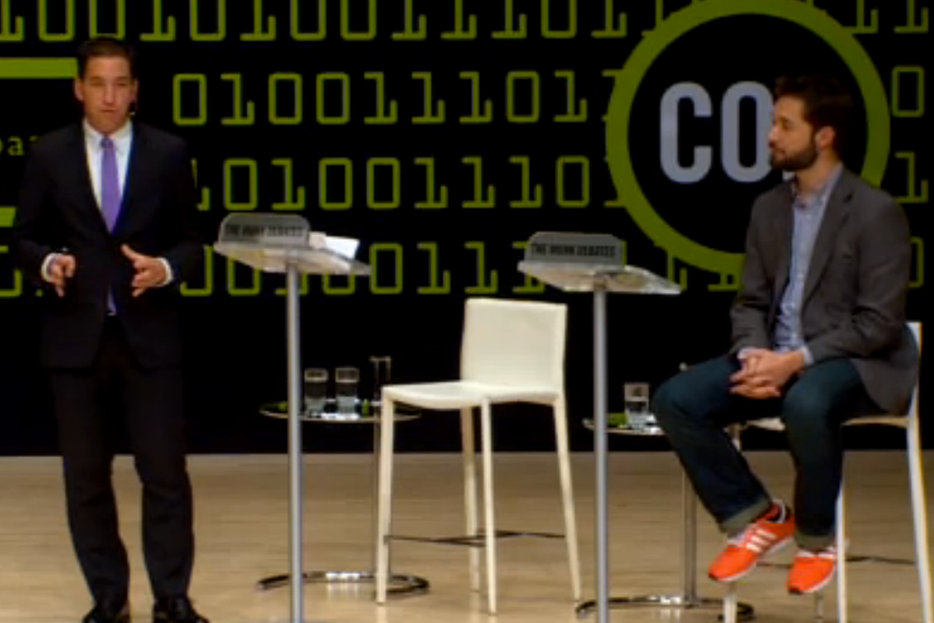 It was quite a thing to witness Glenn Greenwald, one of the journalists responsible for breaking stories based on the leaked Edward Snowden files, debate former NSA and CIA head General Michael Hayden. In these two individuals and the much-hyped Munk Debate over U.S. government surveillance, you had the perfect crystallization of the contemporary clash between the establishment and the fourth estate. But as I watched them heatedly spar about whether the surveillance state was a legitimate defense of a free society, one thing about the event stood out more than any other: just how well-dressed the crowd was.

For an event held in a venue mostly designed for hosting symphonies, the fashion on display wasn’t exactly surprising. That didn’t make it any less weird, though. Think about it: after an early cocktail or glass of wine, rows upon rows of people in tailored suits and neatly cropped dresses took their seats and settled in for the night’s entertainment—you know, an argument about the historically unprecedented intrusion of the surveillance state—only to then retreat to a nearby bar and slip into a martini. Debates are theatre, sure, but it was discomfiting to say the least.

It was impossible to be confronted with the strangeness of it and not wonder: for whom exactly do these debates over Internet freedom and privacy take place?

That a public conversation featuring people as visible as Hayden and Greenwald—in addition to famed lawyer Alan Dershowitz and Reddit co-founder Alex Ohanian—would play mainly to a moneyed group isn’t itself odd. It’s the nature of the world that when there is talk about “what is to be done,” it happens amongst people with the power and capital to make things happen—or at least get a ticket.

That isn’t to say that circumscribing the discussion to a certain social class doesn’t have effects. Because of the complexity of NSA programs, analogies were inevitable, and in defense of surveillance, Dershowitz defaulted to the idea of the street camera. If numerous innocent people are recorded each day, but the camera reduces crime and identifies criminals, he said, it’s a fair trade-off in terms of privacy. Fair enough—at least if you agree with the idea.

At no point, however, was there any mention of the unequal distribution of the effects of surveillance technologies. It seems clear that government surveillance of all kinds, from things as innocuous as police stops to video recordings to monitoring of social media, is not only applied more to people who are poor, minorities, and otherwise less likely to have power, they tend to be victimized by it more, too. That there seemed to be no awareness of this—in a room full of the crisply coiffed and well-heeled—was disturbing in its symbolism.

What was interesting, though, was how you could watch the ideological roots of that kind of blinkered view filter through the acrimonious disagreement. Entrepreneur Ohanian (who, with a lack of specifics or any clear argument, was in way over his head) kept returning to the idea of the Internet as open and global—and that anything that prevents such values will hamper both commerce and democracy.

But it’s that very “openness” that, in a circuitous way, led to the debate in the first place. It was the unregulated, organic growth of the web that brought on the incredibly rapid centralization of both global communication infrastructure and its profits on servers and banks in the United States. That Gmails and Hotmails from France or Yemen route through the U.S. is why they’re subject to surveillance at all. Yet this crucial, circular relationship between global capital, infrastructure, and control seemed to be missing entirely from the discussion of whether or not surveillance was in accordance with our values—or that it’s exactly that kind of control that defines “our” Western values in the first place.

In fact, neither pro nor con debaters could avoid the pronouns “we” or “our” when talking of values, principles, and laws—and any discussion of “us” always presupposes an opposing them. And, from whether net neutrality will slow down Netflix, to whether or not drones should deliver your Amazon goods, to whether or not NSA surveillance is legitimate, discussion about the deployment of new technology tends to be framed in terms of the impact it will have on the financially and physically comfortable citizens of the middle-class West.

Which is the very problem. In constructing the discussion about Internet freedom in the terms of East and West, North and South, you’re-either-with-us-or-you’re-with-the-terrorists, the lie is put to the rhetoric of supposed openness and democracy. For all its myriad, epoch-defining good, the Internet as a technology cannot help but also exacerbate and magnify pre-existing divisions—that, just as the end of physical colonialism was replaced by the economic sort, in the information age, it’s who controls the data who has power.

And so looming in this discussion and others about privacy, Internet freedom, or drone warfare was the spectre of an unnamed “other”—the terrorist, the criminal—obscuring the illegitimate victims of such surveillance: the Yemeni children, the domestic financial underclass, the global powerless.

Maybe that’s inevitable, and perhaps my invocation of those figures is, too. Those are usually the two options in global discussions: you either ignore the legions of people for whom having their missives tracked is the last of their worries, or you employ them to energize a particular kind of discussion about those who must be protected. The figure of the poor, subjugated person is also a way to energize a conversation around an issue, and it isn’t evil as much as it is, again, inevitable. This was Gayatri Spivak’s point in her seminal essay, “Can the Subaltern Speak?”: it’s not just that who gets to speak is a question of power. Rather, it’s that in speaking for those who cannot, you inevitably solidify the very disparity in autonomy and access you aim to break—and that’s just way it is.

Given the choice between a) a debate which, though important, ignores the true targets of surveillance, and b) one that cannot help but repeat the question “Sure, but what about those less fortunate?,” I’ll take the latter. At least then, we find a slightly less absurd position: yes, still in a concert hall, among black silk and wool, tackling the problems of the world, but this time, attempting to tackle the problem by considering the world, its citizens, and the myriad complexity therein, in its entirety. 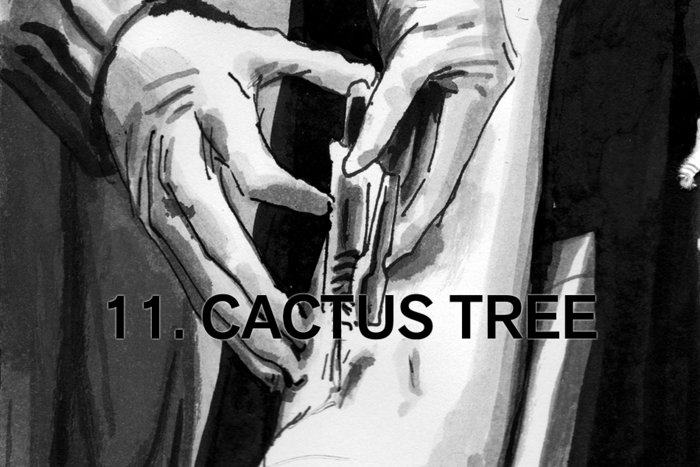 Comics
A Berlin Diary: Cactus Tree
Sholem learns that few places stop time as well as a clinical waiting room in a country that isn’t home. 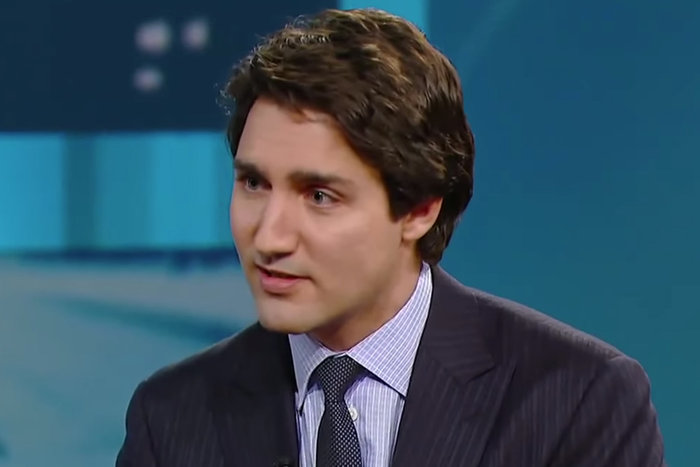