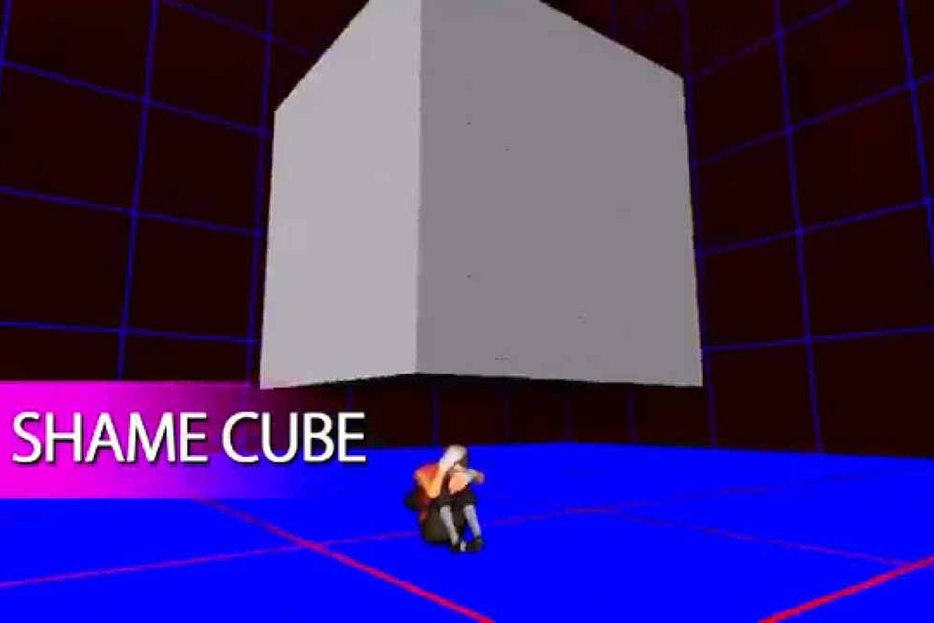 Oh god, not the shame cube.

Scaachi Koul: Should we shame?

SK: Tell me about your worst shame, please.

HC: Before I do that I request a clarification. We’re talking about being shamed by others, right? Not the deep shames I feel in the hidey-holes of my heart?

SK: Oh, good point. I have those hidey-holes.

HC: But I think what sets shame apart, as we’re discussing it, is that it comes down from others. It’s not about what we wish we hadn’t done, it’s about what others turned on us for doing?

SK: I think that makes sense.

Anshuman Iddamsetty: Yeah, I feel shame is inseparable from the norms of whatever community you’re part of. You’re not violating one person’s arbitrary values, but the agreed-upon rules of an entire assemblage of people. Maybe. Shame is very real and it sucks to have it mount your spine, y’all.

HC: Arbitrary is a perfect word. Growing up, I always felt as though it was impossible to sort out what those norms were. They changed so often, depending where you were and whom you were with, and it blew my tiny child-mind. How was one supposed to know how to behave? All I knew was that I was supposed to know, and I didn’t.

SK: I think I had the same shame-based childhood! I think a lot of people do. My parents wrapped up a lot of weird things in shame. But that’s the thing about arbitrary rules, is that they might make sense to you but not to someone else. I still don’t know what they are.

HC: I wouldn’t say I had a shame-based childhood, but I would say that I feared it was always waiting in the wings. It loomed.

AI: Cosigning the shame-based childhood. I wonder: is there an upper limit, or ceiling, to the size of the community that can shame you? And should there be a limit? I mean, I felt deeply shamed whenever I disappointed my parents, sure, but at that age my parents were my world. Now the world is literally … The World.

HC: I guess we determine our own limits?

AI: Or the limits are determined for us. Twitter.

AI: What if we just weren’t meant to interact with so many people at once.

HC: I guess the function of shame is to force you to interact with the world around you by its established rules, for good or evil. If, at some point, that “world” gets too big, is it impossible to act without being shamed? And does shaming someone then lose its power? Or are we crowdsourcing a utopian set of manners?

SK: Probably not. How can you function when everyone has their own set of standards and you’re trying to interact with them nearly simultaneously?

HC: Do you think it’s the speed that makes Twitter so toxic? I’m so curious about what it is about this very public platform that makes people do things that seem so inhuman.

HC: So you think with Twitter, it’s the mob mentality? Bad ideas spread fast and loose and dangerous?

SK: Sort of. But also the idea that everyone knows each other and if I say something to one person that they disagree with, all of the Internet knows that person and also disagrees with me and they will, collectively, shame me off the Internet. Which is absurd.

AI: All I know is I’m terrified of typos. Or embedding a picture that doesn’t fit the exact width of my timeline’s borders. Not doing Twitter right, period. That’s another flaw of not just Twitter, but mostly Twitter: you have to be good at it to use it correctly. Manual RT and you’re FUCKED. Sub-tweeted to the high heavens. It’s the shame model as service. And this time the norms aren’t even agreed upon by the community, but by a large corporate structure with investors to please.

HC: It basically just turns the Internet into the worst version of ’80s-movie high school.

SK: Is anyone actually cool enough to be on the Internet?

HC: But, BUT, it’s not all bad. For a lot of people, Twitter connects them to others who share their opinions/values/etc., and so it actually REMOVES shame. If no one around you geographically sees things your way, open up the scope and you will find validation. So it’s at once causing shame and ending shame, I think. It just depends what corner of the Internet you find yourself in that day.

SK: That is the other part of it. Finding people who validate your experiences and feelings.

AI: But it relies on people seeking a support structure first, if that makes sense. To dam the place up before the eggs roll through.

HC: So does the shame come first? We wouldn’t need validation if we didn’t have shame culture?

SK: I mean, to be clear, shame isn’t Internet-specific. It’s a real feeling we feel everywhere, all the time, relatively often. And in some cases, it stops us from doing stupid things.

HC: Does shame have an instructive purpose? I don’t mean this in a public way, because it’s obviously a tool that’s abused as such by Internet trolls and parents and third-grade teachers and religious monsters. I mean this more personally. Can I collect my shames and learn who I am from them?

SK: I think you can.I think there are people who do things and are reprimanded for them and learn from that. Sometimes the reaction can be overblown but I’m pretty sure Justine knows not to tweet stupid fucking jokes anymore. Tough lesson, but come on, lady. Not that I think she should never work again or be thrown to the wolves, but shame sometimes serves a purpose. I can think of times I have been unkind or unfair and I needed that feeling of shame to come down on me so I knew not to do that again.Bad feelings make you learn things. Sometimes.

AI: I remember Gizmodo’s Matt Novak suggesting we (“we”) shame anti-vaxxers out of existence as a legitimate way to curb medieval plagues from returning, but, yeah, exactly Haley. No shade to Matt, but how does that not make people double down on their behaviour?

SK: I guess that depends on your definition of shame. Do I think telling anti-vaxxers that their point of view is out-dated and foolish and dangerous is wrong? No, I think that is science. Do I think that telling someone who’s against gay marriage that they are standing in the way of a basic right is cruel? No, I think that’s being decent. I don’t think I spend a lot of time worrying about shaming that kind of person.

My mom once asked me why the women who were charging Jian Ghomeshi didn’t leave their jobs sooner rather than later, and let me tell you, I shamed that lady into oblivion. My mom said something unreasonable but handled my shaming her in a reasonable way: by asking where I was coming from. I think she’s still confused but, at the very least, she understands a bit better why that’s not an acceptable way to look at workplace harassment.

HC: It just turns you against the group. OFTEN A GOOD THING. OFTEN THE GROUP SUCKS.

SK: I was watching a clip of a dance troupe based out of Alabama—they’re all black, gay men. They wanted to dance in some parade but were restricted, so they danced on the side while people heckled them and told them to go home and yelled about Jesus and amorality. And all it really did was make them work harder and want to prove them wrong.

I think we also think about shame in terms of, “You’re wrong and I will shame you,” and not as much in terms of, “That’s not wrong, how dare you try to shame that person.”Or at least I do, because I am a Negative Nancy.

AI: Goes back to how social media is currently designed, right? More likes, more re-tweets, more Pop Chips for the latter than the former.

AI: YOU SHAME ME FOR MY PROTEIN BARS. I NEED THEM FOR STUFF.

SK: Does anyone else feel shame when they post a photo to Instagram and they don’t immediately get at least 10 likes and they think maybe they should take it down or is that just me.

HC: I think that is everyone.

HC: Although occasionally I will post something on Instagram or Twitter that I am convinced is hilarious, and when no one reacts, I personally shame the whole Internet.

HC: Let it be known that my Pitbull jokes were ALWAYS UNDER-APPRECIATED. Like Pitbull himself.

SK: Give me your best Pitbull joke.

HC: It doesn’t work like that, Scaachi. The Pitmuse must be calling me.

HC: What all of this makes me wonder, at the end of the day, is if we should all be striving to care more, or care less, what people think of us.

HC: But then what stops you (not YOU TWO but people in general) from becoming heartless, selfish monsters?

SK: Are we not already?

AI: For those that matter to us, yes.

SK: I think caring less about what other people say about us might make it less garbage pile-y? Or maybe not. Who knows. I have all the answers.

HC: So that’s the key? No degrees of Kevin Bacon. Direct reports only. I don’t think that works … shoring up a group of people who confirm your world view. And I know that’s not what you’re suggesting, but I’m just trying to point out how TRICKY all of this is. It all goes back to my childhood confusion: HOW DO YOU KNOW HOW TO BE A PERSON?

AI: Degrees are fine! Bacon is delicious! (Bacon people however, ugh.) But things are a trash gyre right now because our interactions are policed by Instagram and Twitter and a thousand other insanely rich monopolies with a keen interest in making us behave a certain way.

HC: I like this read. We are being dehumanized! Though we all know I do not endorse bacon.

HC: If I told you what I had for lunch you would try to get me fired, too.

AI: Some of the people who matter the most to me, whom I’ve tried to help see the error of their ways—dare I say, shame them for spouting a particular kind of nonsense—I’ll never meet in person. So it isn’t that certain mediated connections are inherently bad, I don’t think—the spokes that hold up the wheel are fine—but the people behind such services haven’t done anything to make them safer. The wheel was bent to begin with. IDK. I want a protein bar.

HC: I wonder if there’s any universe in which Twitter could be shamed into properly dealing with abuse?

I imagine they would figure out a kind of infrastructure. 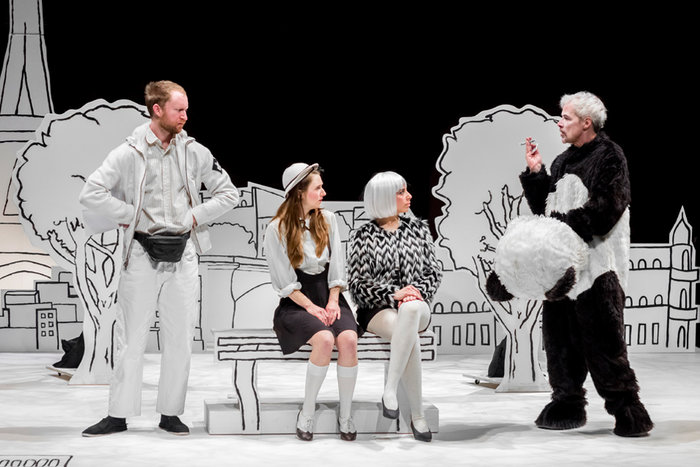 Interview
‘Camp Is Such An Interesting Space For Failure’: An Interview with Jordan Tannahill
We talk to the theatre artist and author of Theatre of the Unimpressed: In Search of Vital Drama about working with non… 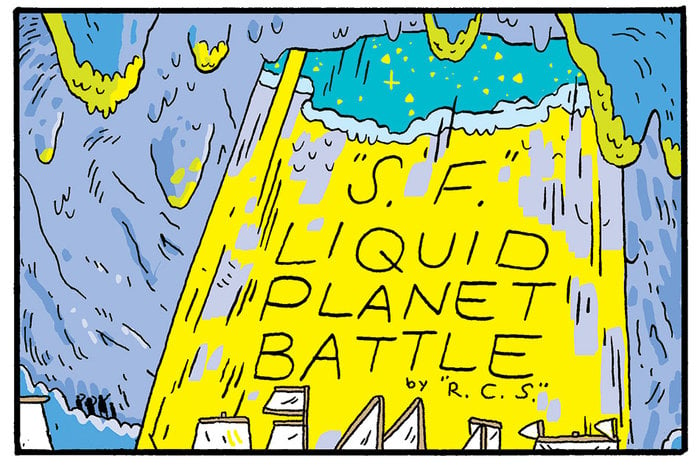 What Were Sports?
Spencer Hall, Jason Kirk
'I’m Not So Interested in Feelings People Go Through on Their Own': An Interview with Sally Rooney
Haley Cullingham