Saint Obama and the Dragon 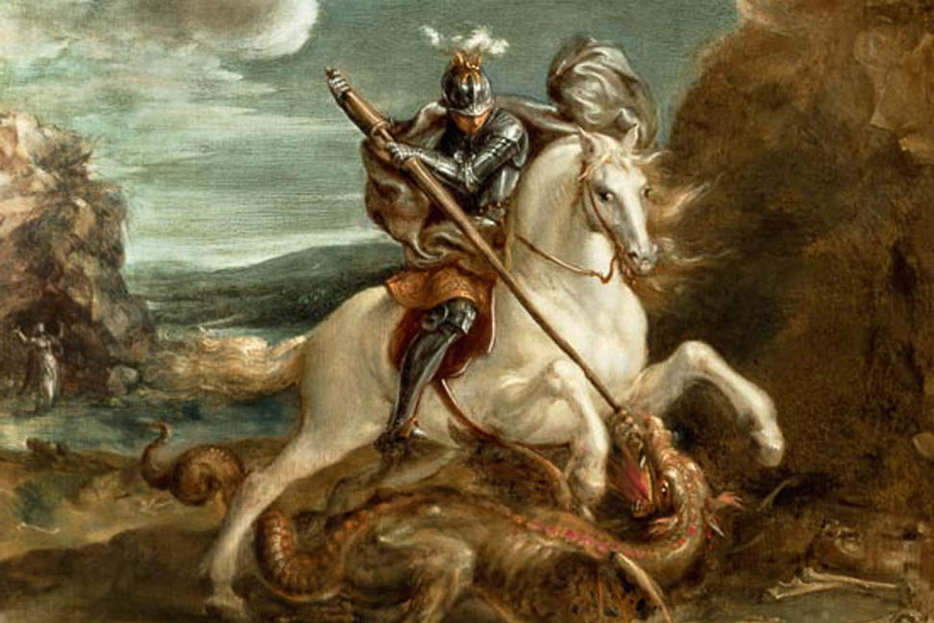 It was very interesting to finally sit down, October 16th, and watch the second presidential debate for the 2012 American election, because it’s what my characters, Connie Foster and her friend Mary-Beth, do at the beginning of my novel, Sweet Jesus, which was published in September and took the last seven years to complete.

In fact, that day, October 16th, is the day on which my novel begins. During the whole long process of writing the book—and no one picking it up knows how long I laboured to get it right, or how it morphed and evolved along the way—it was always a story taking place in the future; and now what we writers refer to as the “real time” of the story is finally here. That strange alchemy of creating a fictional reality has suddenly yielded its nugget of gold, and raised its gilded mirror to reflect the world in which it’s set. And it’s all coming at me via livestream over da inta-web (as Ninja from Die Antwoord says it—so hard to hear that word now in any other way, but with that South African rapper’s distinctive inflection).

On Monday night, I watched the third debate. And I found myself asking the question, Did I get the future right?

I don’t think I’m too far off: the Republicans still embrace the general ethos they did under Bush. There is a disconnect between Romney’s folksy talk and the reality of his life and politics. And Obama, stumbling for fear of tripping into subtler territory (because he is capable of subtle thinking), is predictably forced into simplifying his opinions and, specifically in this debate, his approach to foreign policy, especially with regards to countries like Egypt, Syria, and Iran, where political relations have to be, out of necessity, nuanced and complex.

(Mary-Beth does, on page 25, wonder out loud to Connie if America will now invade North Korea. I should probably have left it as Iran—for a long time, in the manuscript, it was Iran. But, last spring, I thought, No, more likely North Korea, and changed it. Then the book went to print.)

Four years ago, Obama won the election partly because he was able to introduce, in a way that was fresh, even casual, not intellectually intimidating, ideas of compromise and cooperation. Even the colour of his skin offered the possibility of a bridge between worlds, factions, religions.

When he first came to office, I really believed Obama aspired to play the role of mediator. Last night, Romney called it his “apology tour.” He painted it as a sign of weakness. There is so much pressure in American politics to be the biggest thug in the yard.

There is so much talk about military might—the ability to blot out any force that opposes America’s goal of disseminating peace and democracy throughout the world. The best analogy I can think of to elucidate this wrong-headedness is the relationship between a parent and a child. We all know that a parent who acts as a tyrant—even in the best interests of the child—will encounter rebellion. Authority, in my experience as the mother of a five-year-old, comes not from maintaining some false image of my infallibility, but in the confidence to admit when I’ve fucked up. True authority arises out of the confidence to take responsibility for the negative consequences of your fallibility. (To deny this is to insist on your perfection, which I’m assuming reads as: madness.) When you admit to having made a mistake, you offer your child a model for learning, and you also confirm their experience, their perception of reality, sometimes even their own suffering. This engenders trust; and it creates a highway for communication.

Would this kind of parenting analogy occur to politicians if they, say, more often shared in the work of their wives in raising their own children? Obama did mention how countries that succeed are those that treat their women fairly (which, I’m afraid, is not altogether an accurate statement, but one whose intent I can at least appreciate); but I wonder why women still get talked about as if they are somehow outside the sphere of politics, and not at the centre as human beings?

At one point during the debate, I drifted over to Facebook and saw this post on Susan Swan’s page: “Only 7 women of 19 have won the Giller; only 25 women out of 74 have won the English-speaking Governor General’s award for fiction.”

It often feels as if this exclusion occurs in all areas of life in which there is a public consensus about the presence of authority: prizes, politics, policemen.

I click back to the debate and absorb the sight of three men in suits with ties in bright shades of blue and red, their colours like medieval heraldry. In Philip Shepherd’s book New Self New World, he traces the origins of the business tie, and investigates why it conveys authority. He traces it back to the legend of Saint George and the Dragon. Saint George wounds the dragon that has been terrorizing the villagers, and fastens around its neck a girdle belonging to the king’s daughter, who is slated to be the dragon’s next victim. They parade the dragon through the streets, leading it around by this girdle, to show how the brave knight has tamed the beast; in other words, tackled chaotic, lawless desire to the ground, and gained control over the body. To wear a tie around your neck is to signal this suppression of the body. It suggests you are cut off from those lawless urges, and are reliably ruled by the head and by your Reason. But what happens when Reason smothers the body, in which is located, for instance, the heart, intuition, compassion, and feeling?

Not to mention that, in its current form, the necktie is a completely superficial symbol, unearned by any discipline or training; in other words, a lie, a deception, like false advertising.

My partner, Michael Winter (who rarely, if ever, wears a tie), emails me toward the end of the debate, to say he’s listening to it in the kitchen of our house in Newfoundland. He’s a breath of fresh air. He writes, “lots of no. 1 and no. 2 and no. 3 in their talking points (I think Obama got to 5, a whole hand of points).” Then he tells me about the hundreds of starlings that landed on the lawn today and ate every bug and worm off every blade of grass, and when they flew off how they sounded like a jet engine.

Listen, I write back. Did the starlings sound like: #1 a tidal wave of violence in the Middle East, #2 the mantel of peace, or #3 like this woman you met in Wisconsin the other day?

Politics is frustrating in its falseness now. Also, its humourlessness. It’s all about posturing. Like a necktie, it is an image that doesn’t have to stand accountable for the authority it conveys.

But I’d still prefer it if Obama won. I didn’t agree with his bailouts of the auto industry, and especially Wall Street, or the insurance companies. Let them suffer the regulating effects of bankruptcy—that’s free market capitalism and not, what I’ve heard referred to so succinctly, and so often, as socialism for the rich. But he sure is better than the other guy. 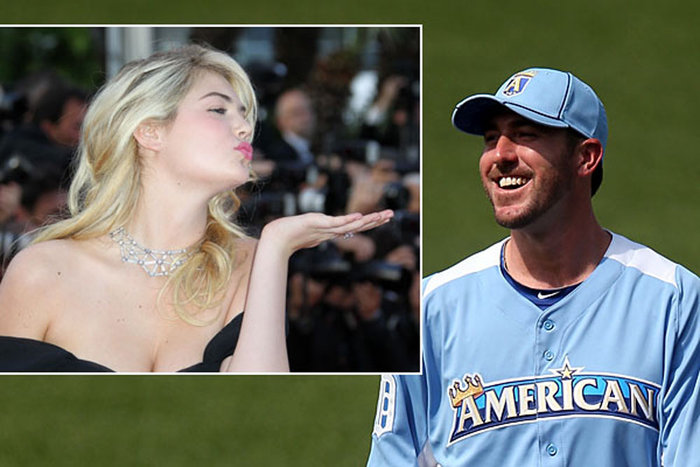 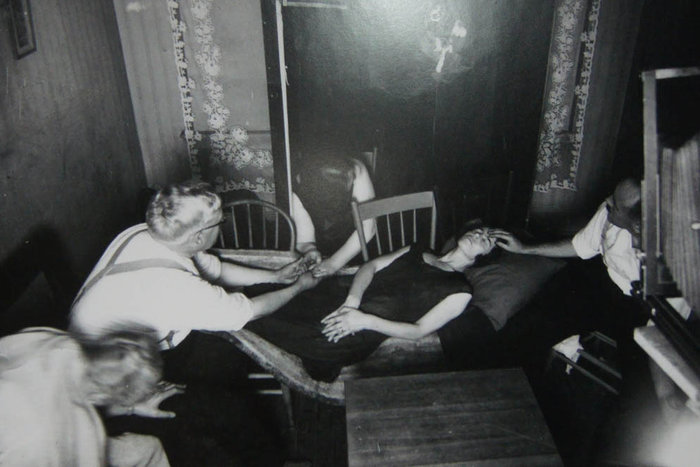 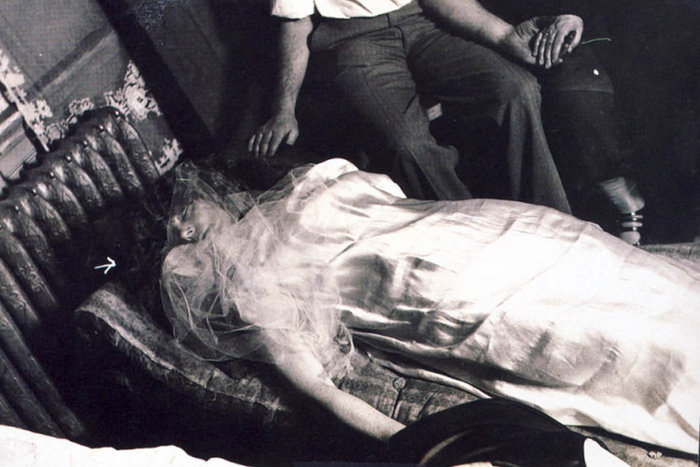 Lost Library
Touching the Dead: Spooky Winnipeg
Once the transportation hub of Canada, Winnipeg was also a nerve centre of psychic investigations thanks to the work of…