On Marriage, Motherhood and Freedom: Rachel Cusk and Her Furies 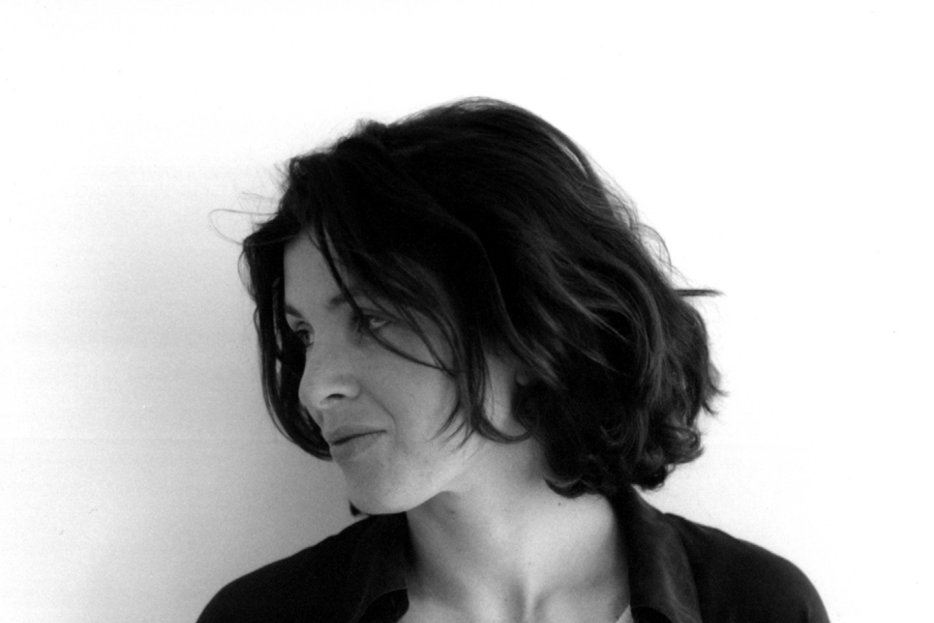 You get funny looks from your friends when you go around recommending a book called Aftermath: On Marriage and Separation. They can barely conceal their curiosity; or else they wonder silently about your domestic situation, tilting their heads and conveying concern with their eyebrows.

I’m a pretty empathetic reader and have warring opinions about most things, so tend not to have a very solid interior, but one that’s like the air after a tornado, still drifting with debris. And it’s true that, while reading this book by Rachel Cusk, even though I’m common-law married and have a five-year-old son, I did feel the call of the wild, the rev of a Honda Nighthawk, the tug of an old rebel thought: what if I was single again?

This is not so much a sign of my own wayward heart, but a measure of Cusk’s ability to outline, with seductive intelligence and in impeccable prose, the reasons why she decided to end her marriage. She has an amazing ability to shed light on the modern lives of women, capturing even the most ambiguous nuances of our endlessly reconfigured personal space, and identifying the social forces that continue to limit our freedom; and the landscape she describes immediately after her separation is, if not irredeemably bleak, then, at least, a very grey zone, where the only thing that’s sharp is thought, and everything else is blunt, numb, and sluggish. (That we understand to be the effect of grief, which she does have, even as the instigator of her own separation, a decision made seemingly without too much external provocation, but rather a growing incompatibility between her life and her ideas.)

Aftermath is the bare-bones end of a marriage, the “plain unvarnish’d tale” we have come to expect from Cusk, who was, after all, the woman who brought us A Life’s Work: On Becoming a Mother, an unflinching look at the ambivalences of motherhood, a book that caused furor and controversy for being a “desecration” of that sacred cow: maternalism.

Once again, Cusk has put herself in the prisoners’ dock to be judged and sentenced. By leaving, and breaking the covenant of marriage, her ex thinks she treated him “monstrously.”

That’s an interesting word. It was applied to the protagonist of my second novel, The Best Way You Know How. The Guardian headline was: “Pountney has created a monster.” There was nothing tongue-in-cheek about it, either. The reviewer, a woman, found my female protagonist ghastly, insufferable, selfish, and self-obsessed—because she has doubts about her marriage, is driven by ego and insecurity, a desire for sex, is lustful, full of appetite, dissatisfied, restless, and independent. Like Cusk, my protagonist insists on making her own choices, and her main criteria for happiness is the right to exercise her freedom. When a woman behaves like that, apparently it’s monstrous; when a man does, he’s called an existential hero. And that’s exactly the kind of double standard Cusk likes to slide out on, like a tightrope walker; and she handles it more deftly than anyone else. She begins her book with a fascinating reading of The Oresteia, using the story of Agamemnon and Clytemnestra as a kind of parable for modern marriage: Agamemnon sacrifices their first born child, Iphigenia, to appease the goddess, Artemis. Angry with him for killing a sacred deer, Artemis has becalmed the winds, and because there is no wind, King Agamemnon and his war ships sit impotently in the bay and cannot set sail for Troy—or do the business of men, by starting the Trojan War.

“Later in the Oresteia,” Cusk writes, “when Clytemnestra has herself been murdered, the Furies, tasked with representing her female outrage and keeping her righteous anger alive in the world, keep falling asleep. They become drowsy, lazy, forgetful. They fail to remember and articulate the injustice she has suffered in her attempt to be free, to pursue the murderer [of her daughter] and be his conscience.”

Cusk seems to take on that task herself—the role of the Furies—in articulating all the reasons why women might be a tad pissed off.

Delving once again into the effects of motherhood, Cusk goes on to show how the story of Agamemnon and Clytemnestra tells us a lot about the effects of introducing a child into the precarious balance of two:

“Men are said to resent the child that first takes the woman’s love and attention away. And it is true that a woman can find relief in loving something that is not her opposite. Her baby doesn’t judge her, doesn’t desire her: for a while it seems to reconnect her with her own childlikeness, her girlishness, her innocence, but in reality her links to that state have been irrevocably severed by motherhood. The baby can seem like something her husband has given her as a substitute for himself, a kind of transitional doll, for her to hold so that he can return to the world. And he does, he leaves her, returning to work, setting sail for Troy. He is free, for in the baby the romance of man and woman has been concluded: each can now do without the other. Out of their love they created an object, the baby, and in doing so they defined it, defined their love and its limitations.

Their romance has been concluded and now, perhaps, they are murderously angry with one another. Perhaps she thought the baby would make him love her more, but in fact she seems to have lost him: he has used it, the baby, to make his escape from her. She doesn’t want a doll after all—she wants a man, a man to love her and desire her. Iphigenia, led out in her saffron-coloured wedding dress, is perhaps the sacrifice that lies at the heart of all marriages, the death on which the whole enterprise is built.”

While this may be true in marriages where men and women still play traditional roles, Cusk also blames the stress of the double-standard surrounding being a working mother for the failure of her marriage, because:

“Husbands also work, live in the same houses and parent the same children, yet don’t seem to experience quite the same measure of conflict. In fact, sometimes they actually look like they’re better at being working parents than women are—insufferable male superiority!

But a man commits no particular heresy against his sex by being a good father, and working is part of what a good father does. The working mother, on the other hand, is traducing her role in the founding myths of civilization on a daily basis—no wonder she’s a little harassed.”

You feel the great strain Cusk must be under, being so perceptive and unable to compromise. Her struggle is to remain faithful, not only to her husband and her children, but to herself and her big-brained ideological nature. But she can’t do it! As a student of the Classics, she’s well versed in the concept of sacrifice, aware of how it plays a central role, is, in fact, pretty much a requirement in all the great myths; eventually she realizes that something’s gotta go. And it’s not out of hate that she leaves her husband, though he may feel she’s been monstrous in doing so. Cusk’s dilemma is the predicament of all perceptive, freedom-loving women, struggling to be happy in outmoded and unequal models of living.

Though heavily ruled by her rational mind, she is not without heart. As she’s driving into the country for a vacation with her daughters, Cusk writes the following, very moving, wistful fantasy:

“But I feel buoyed up all the same by the obliging beauty of the landscape and by the feeling… that we have been liberated from the strictures of some authority and are free. I don’t identify this authority as my husband: the authority is marriage itself, and in these moments of liberty I feel him to be just as browbeaten by it as me, feel, almost, that I could conscript him into my own escape and reencounter him there, in non-marriage, both of us free.” 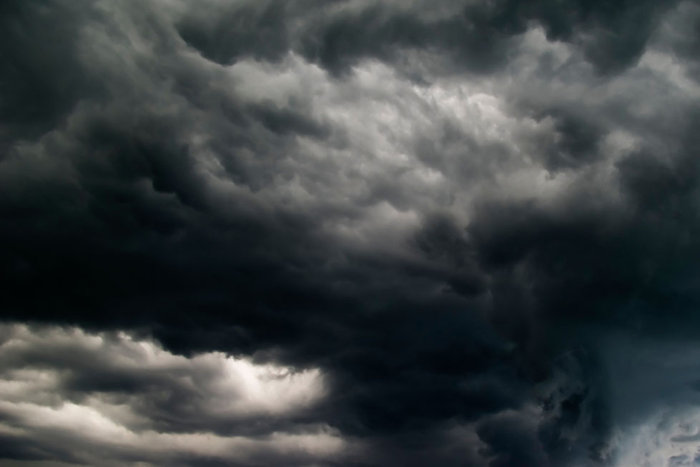 Technology
The Coming Storm
Notes on the rapidly changing nature of E-culture, Hurricane Sandy, and how quickly even technophiles can become senior… 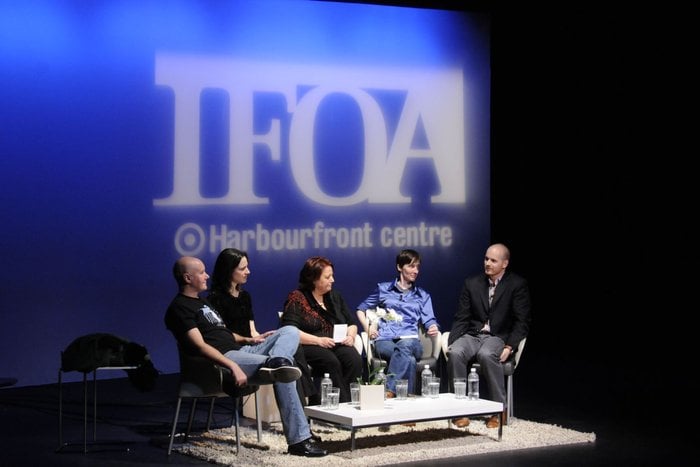 Dispatch
IFOA Diary #3: From Irvine Welsh to Beatrice MacNeil, and What Makes a National Literature